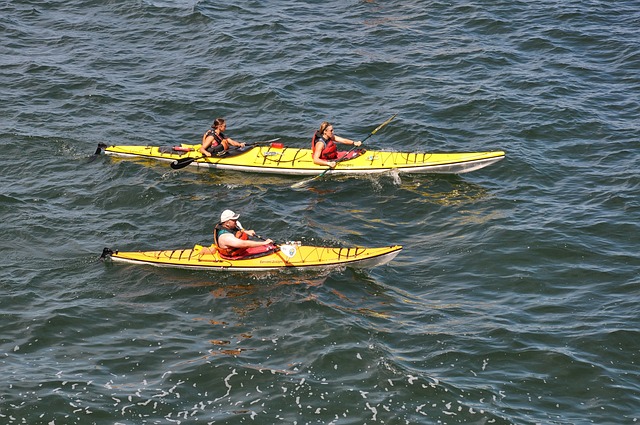 While kayaking may be a fun and exciting experience for many people, it’s also a very serious sport for others.

Like with other similar sports, Kayaking is actually an Olympic sport category with the first showcase happening at the 1936 Olympic games which were held in Berlin, Germany. The primary events for kayaking in the Olympics are the Kayak double event better known as the (K-2) and the canoe singles event which is known as (C-1). Both of these events pit opposing teams of rowers against each other to see who can finish first in a game of coordination and patience.

The length for Kayak races in the Olympics generally is somewhere between 500 meters and 1,000 meters however from 1936-1956 there were instances of 10-kilometer races being held in the kayak category. In 2009, the international Canoe Federation changed the primary length of the men’s 500-meter race to a standard 200-meter race which began at the 2012 Summer Olympics. Much like with all of the other sports hosted at the Olympics, kayaking enthusiasts and sportsmen must take their training and preparedness very seriously.

Kayaking in the Olympics requires an intense amount of focus and clarity on your desired objective so that you can propel yourself forward at a much faster rate without exerting too much energy during each paddle motion. You may have not even known that kayaking was an Olympic sport for the simple fact that it’s not mentioned or promoted very often as a headline event however it does exist until this day. Teams from all over the world compete to see which one of them has enough coordination and strength to propel their country to victory.

Kayak and canoe events are lumped together at the Olympics because they have very similar backgrounds and stories as to how they became prominent forms of sport especially enough to make it to the Olympics. The boom in Olympic kayaking during the 90s really came as a result of the formation of The Royal Canoe Club of London in 1866 which is one of the first recorded times where kayaks and canoes starting gaining relevancy among those in society with high-esteem.

In 1871, the New York Canoe Club opened making even more room for kayaking to make its way into the mainstream as a sport to be taken seriously. Today, Europe still has a very large influence over canoeing and kayaking activities in the Olympic games largely due to the fact that western civilizations have more “evolved” sports and activities that they prefer to train in as opposed to the tradition many European athletes are familiar with.

Today, kayaking and canoe sporting activities are still a part of the Olympic games and will be for a very long time. The cultural richness that the activity brings and the relaxing nature of the events is what creates such a large draw for canoe and kayaking sports amongst the general public. Next time the Olympics comes on, check out the canoe and kayaking events.