Here is a video compilation of very cute snakes:

This Green Tree Python is awesome: 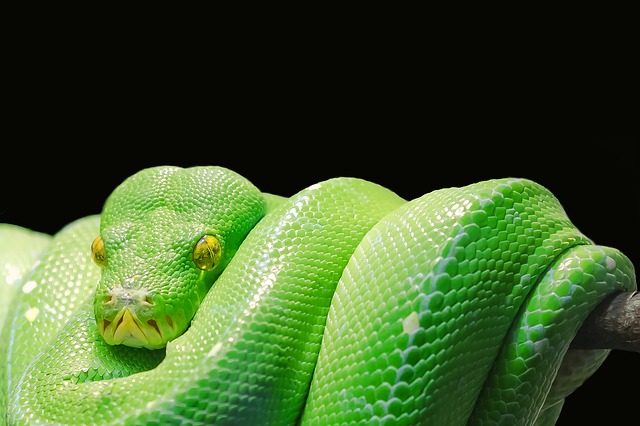 This King Snake is looking good: 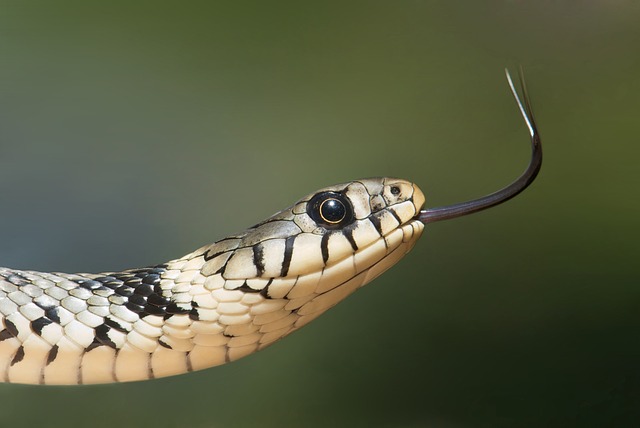 Here is an adorable Ball Python:

You will like these cute snake videos including tiny hats:

The reason why snakes are considered cute

Believe it or not, snakes are considered cute in many different parts of the world. While many people see snakes as dangerous and venomous, people in some part of the world keep them as a pet and even make them wear traditional outfit for them to look good.

Apart from that, in other parts of the world, the snakes are considered cute. people dress snakes, make them wear a small but beautiful dress or gears and then show it to other people. There are various reasons why people may find snake cute, like:

The first reason why people find snake cute is because of their behavior. Snakes have a round face with straight looking eyes which people compare to a small human child.

Snakes have a permanent smile on their face when they close their mouth which gives a feeling that the snake is always laughing. Snakes are friendly race and they won’t bite you unless and until you threaten the snake or it sees you as a danger. Due to their facial structure, many people find snake cute.

Snakes have inquisitiveness behavior. When hunting for prey, a snake will look at every nook and crook to find its prey. It will look everywhere to find their pretty. Many people find this characteristic beautiful. Also, snakes have a very unique posture. Many people think that the posture of the snake is curious-looking posture and the snake is thinking something when it sits in this posture. People find this posture cute.

If you think that the snakes are only cute, then you are at a huge misunderstanding. Snakes are not just only cute. They are one of the highly venomous and dangerous animals on the planet should you make an enemy out of it. Snakes venom is dangerous and it can death of a human. However, the good thing is that only a small percentage of the total snake population is venomous. The rest are all safe.

Drawing on pics to give them hands:  https://blazepress.com/2019/02/8-pictures-of-cute-snakes/

Snakes are distinguished by a variety of color patterns, some of which vibrantly rival those of birds and other animals. The case with snaked is very interesting because the Chromatophores in their skin are only able to produce some basic colors like yellow, black, red and brown.

However, the presence of snakes with a variety of colors surely contradicts the notions of the existence of only a few base shades. If the Chromatophores are only able to produce a few basic colors, then how can they exhibit such a rich color gamut?

Such a magnificent effect is a result of the various components of the skin that is being reflected under the effect of the hemoglobin in the underlying blood supply.

Snakes re unique creatures. The visual prowess of the pattern is a result of hundreds and thousands of years of evolution. Who knew that a mere evolutionary response can incite such beauty and awe in the mind of the viewer?

One hand you have the rattlesnake with its diamond-pattern body and brown and yellow shaped marks allowing it to hide in the desert landscape. While, on the other hand, we have the deadly black mamba, dominating the grounds of Africa.

Some of the common markings include:

There are snakes that exhibit more than one pattern (for example, Gulf Hammock Rat Snake). Snakes truly are a testament to nature’s everlasting beauty and mystery.

The pigment and color over the skin of a snake are interdependent. The pattern is created by the presence of various colors all over the skin.

For instance, melanin is usually responsible for the back pigment we usually see in the snakes. But melanin is not always responsible for rendering the black color. The component is spread throughout the body and the diffuse concentrations are never apparent.

The smooth green snake is usually green on color. However, when a partial albino snake is compared with a normally pigmented albino of the same species, it’s seen that the black is absent.

Different species of snakes are often identified by their unique scale patterns. But the fact that a snake, only form a different phenotype can also exhibit different color patterns is also quite intriguing

The color pattern of a snake usually gives them a unique identity. Stripes, blotches, and blots are some of the most common color patterns out there. Most humans are scared to approach this creature and they right as some of them are quite deadly. A wrong step can get you killed.

However, snake enthusiasts and designers, in general, have always looked to nature for inspiration and one of the most sought out creatures used for such experiments is the snake.

Some of the patterns are downright gorgeous and appear out of this world. You can even go so far as to call them aliens.

Let’s take a look at the magnanimity of these beautiful beings.

These patterns are solid colors without any distinctive designs whatsoever. Orange, blue, green-brown, gray tan brown are but a few examples of uniform colors.

Although there are no patterns, there is a difference in saturation as you scale up and down the body of the snake. For instance, the deep luscious green color over the head gradually turns into a pale green sort as we move down the body. It’s one of many examples and exquisite to look at.

Speckles are small spots that appear all over the body of a snake. There can be more than speckles on each scale.

This pattern is on the minimalistic side of, and like uniform colors is abundant and easy to find.

Now you’re treading into more unique designs. The stripes can appear on one or more than one set of scales. Common Ribbonsnake is an example of striped designs.

Now some of you might confuse spots with speckles.

Speckles are dot-like patterns that appear within a scale. A single scale can contain more than one speckle.

Spots on the other hand cover one or more than one scale. They are larger and more vibrant and are usually without a border.

Crossbands are rare patterns. It’s mostly prevalent in vipers and other exotic snakes. The patterns usually consist of a large zig-zag blot of color that’s encapsulated within a black border.

Crossbands are not only for looks but they provide distinctive camouflaging abilities helping snakes to hunt or blend in when a predator is nearby.

These are patches of random color fragments appearing all over the body. They are mostly irregular but in some cases, they appear in the form of square shapes with a dark border.

They may also vary in size, some small some large. There is a lot of variety when it comes to blotches.

Rings are much like crossbands, but they cover the entire circumference of a snake instead of covering only one surface. They too consist of regular patterns of a distinct color bordered by a black border.

Diamonds are a unique pattern and are a sign that the snake you’re witnessing is of the poisonous lot. It’s mostly found in vipers and a few other species around the globe.

While we are on the subject, let’s take a look at the type +of scales. Generally, there are two types of scales. There is a smooth and keeled scale.

They reflect light and appear to be iridescent or glossy. At a glance, it will appear as if the snakes were bathed in oil and put out for display.

There is no known reason as to why they have such a smooth and glossy finish.

Most scientists believe it to be an evolutionary adage, but nothing can be said for sure. 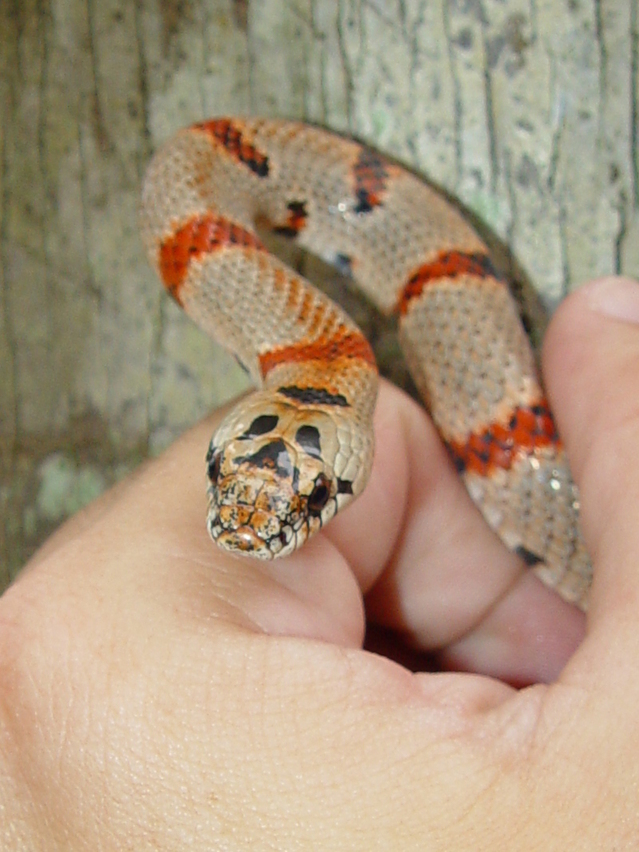 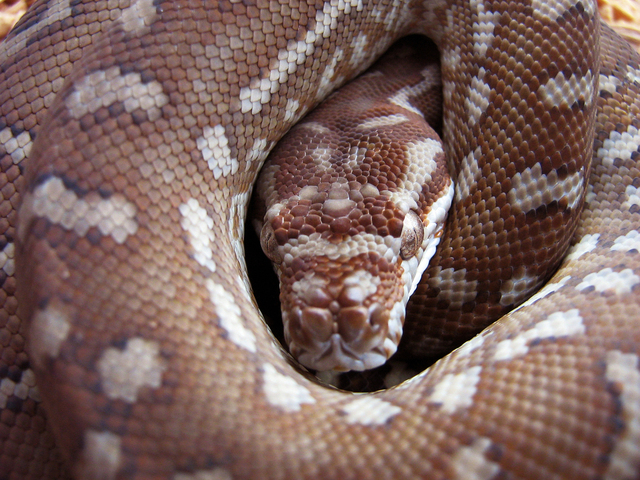 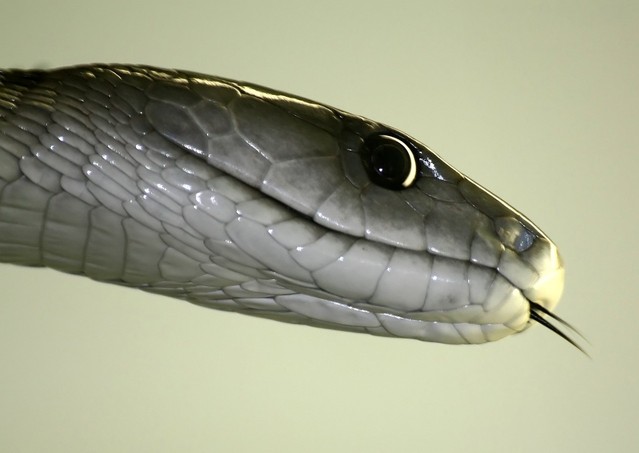 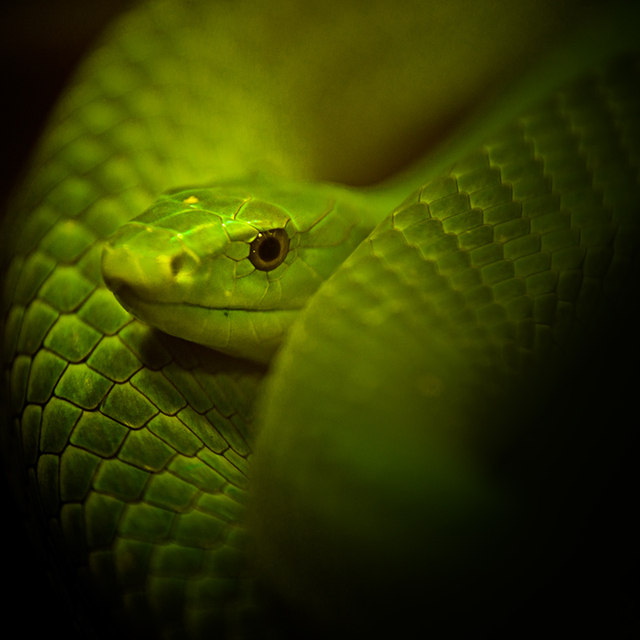 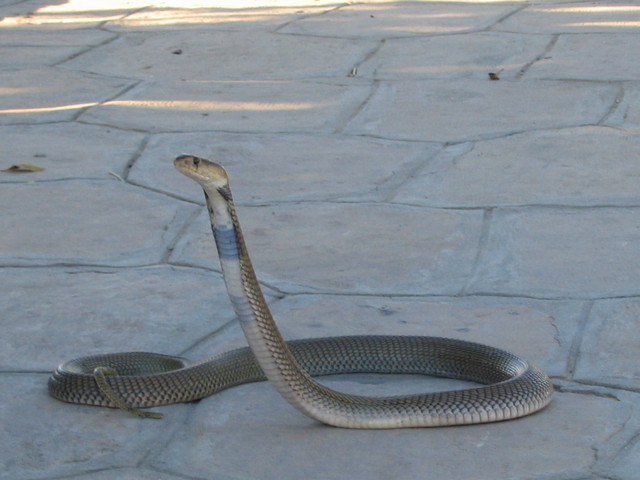 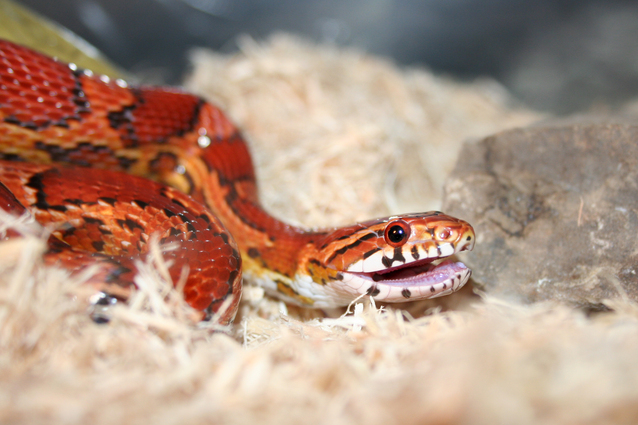 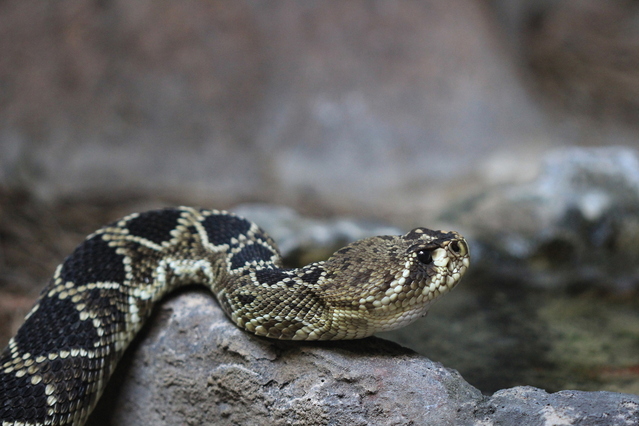 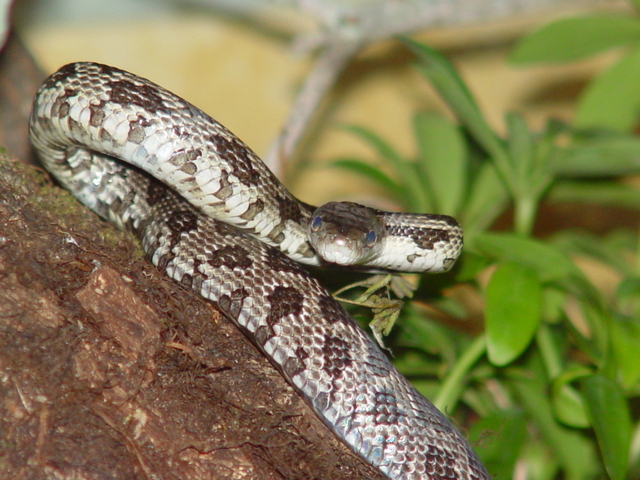 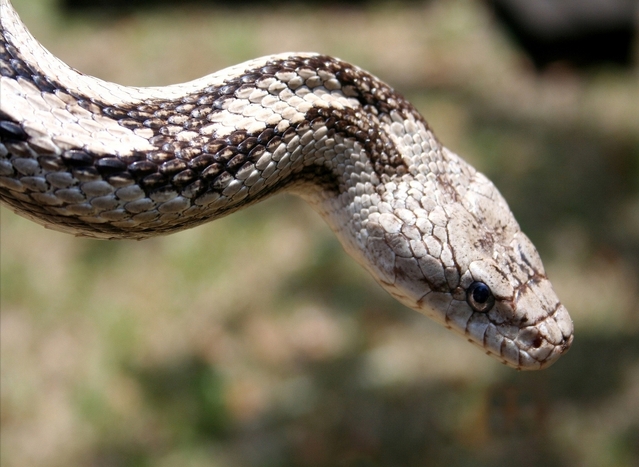 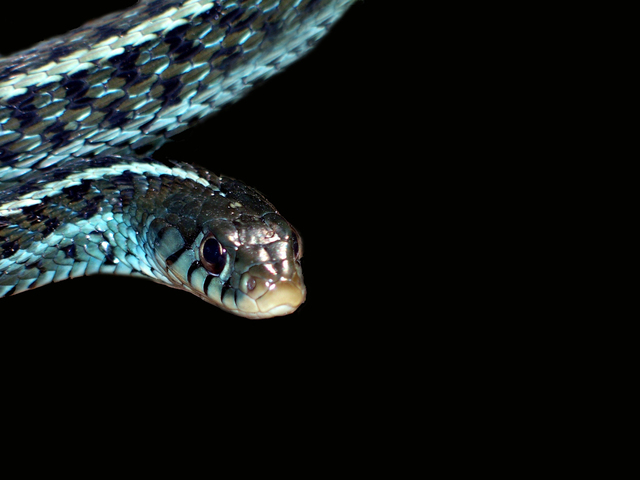 Cute little Garter snake will not hurt anyone.

What to do if you encounter a snake.

1. Take a step back, moving slowly. They do not like sudden movements and may strike or move away quickly if startled.

2. Once you are a safe distance, take a picture with your cell phone to remember the moment. Look up the color pattern on Internet when you get home to identify it. Get to know which are venomous.