We had a Good Time Camping, Fishing, Seeing Stars

How Long Does it Take to Float Down the Mississippi River?

Hiking in Thunderstorms – How to Stay Safe 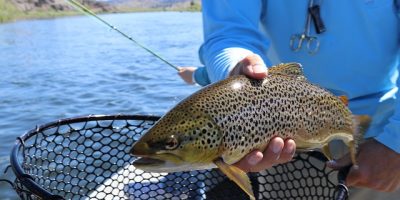 What is the Best Fish Attractant?

It’s always great to go out and, you know, just have fun. But you know what’s much better? Camping, trust me.

“I’m a sucker for camping, and I’m twenty-seven years old, so that says a lot. Sure, I don’t do those kids silly kids activities I did almost twenty years ago, like singing and dancing around the campfire and roasting marshmallows, oh and telling horror stories.”

“Who are you talking to right now?” Sammy said and loaded a bag onto the back of the truck.

“Uh, no one,” I said. “Sammy’s my buddy; we grew up together in the same neighborhood, although technically I’m older than him.”

“By five months,” Sammy echoed and turned to me. “Again, who the hell are you talking to?”

“He’s finally gone looney,” my other buddy, James, said. He’d been standing by the truck, resting his back against it as he played one online soccer simulation games—he always did that.

“By the way,” James said, rubbing his blonde Mohawk with his left hand (because apparently it was a thing for him now, just the way the going Lex Luthor bald had been a thing for him weeks ago), “you literally just mentioned everything we did last time we went camping, and yeah, I was listening.”

He walked towards me and started listing stuff, poking out a finger for each thing he listed. “You danced like a fool around the campfire, and we all roasted marshmallows. Hell, there’s a bag right now,” he said and dragged one from one of the bags. “Oh, and you chose to bore us with your scary stories, which were not all that scared.”

I gasped dramatically and cupped my mouth with my hands, turning to Sammy. “You loved the story, didn’t you?”

“Sure, I did,” Sammy answered, and I smiled.

“You see, I…” he didn’t let me finish before he cut me short.

“But that doesn’t mean it was scary.”

“Oh, boo-hoo, let’s get ongoing,” I said and hoped in the front seat. It was the weekend, and we were going camping. It was going to be great, I knew it; as a matter of fact, I already had a nice, scary story brewing in my head.

The location of our campsite was somewhere in the woods; we aren’t little boys, so no one’s scared, although it’s in a protected section, so no bears and stuff (better to be safe than sorry).

The guys hopped on after loading the last of our camping stuff, and off we went.

“This is gonna be fun,” I said as I started the truck and edged out of the parking lot.

“Yeah,” Sammy agreed. James still had his eyes on his phone.

“Aren’t you going to put on your seatbelt?” I asked him, and he shrugged casually. He was in the zone, but that was fine; when we get to the campsite, I’ll take that device from his hand.

The drive was about two hours long, which was okay in a way: at least we got to see the vegetation and…okay, who am I kidding? The ride was boring; at some point, I just wished we’d just get to the campsite. And we finally did.

Finally, things were beginning to look up. I parked the truck, and we began to take out our camping stuff.

“I’ll take that, thank you very much,” I said and grabbed the phone in James’ hand. “Time to set up.”

We had a cooler filled with beer and ice; and yes, we also had marshmallows. We got out our tent and sleeping bags, and those were the first things we set up. We talked as we did that; it was always nice making fun of each other as we went. Neither of us would ever admit it, but it’s good bonding exercise.

“Fishing rods, really?” I said and took out a few fishing rods at the back of the truck. “Okay, who’s’ the middle-aged, slightly balding gentleman over here?”

“Gimme that,” Sammy said. “Middle-aged, slightly whatever aren’t the only people who love fishing. Maybe I want us to fish this time around.”

We agreed to the fishing, although I said I really wasn’t going to spend our whole weekend staring at the lake and waving a stick around it; that’s the whole idea of fishing, right?

And so our camping fun began. We set up our tents before late evening when everywhere got surprisingly cool. James was always pretty good at making campfires.

“I had all the badges as a boy scout, you know?” he said as he threw sticks into the fire.

I exchanged looks with Sammy, and then we chorused, “we know. You’ve said that like a million times.”

“I have?” James said and looked up at us, “well then, make this a million and one times.”

We sat around the campfire and enjoyed the warmth and roasted marshmallows. Sammy passed the beers around, and we drank.

“Yeah, if only we could do this more often,” Sammy added.

“We do, Sam, every other week,” I said. “Unless you want just to pack your stuff and move into the woods.”

We all laughed and talked some more. James brought out a guitar from nowhere, like some kind of cartoon magic, and began to play a tune. It was good, or maybe that was just the beer doing me, but we enjoyed it.

There is always a thrill about sleeping under the stars, even though we were technically not under the stars, being inside our tents and all, but still, it was thrilling. We did go fishing the next day, and we also went hiking, and it all went great.

Neither of us wanted the weekend to be over, but of course, the world always had other ideas and before we knew it, the new week was already upon us. We packed up our stuff around the afternoon of Sunday, and we drove back home.

Well, it’s a good thing we have other weekends because we will definitely be doing this again.

How Long Does it Take to Float Down the Mississippi River?

Hiking in Thunderstorms – How to Stay Safe

What is the Best Fish Attractant?