C’mon, let’s pack up the camper, the kids and the dog and hit the road.

Our destination? Nope, we aren’t heading to Washington, DC.

But in case you need a refresher, we are going to try to blow your mind like Old Faithful with a few interesting facts you may not already be aware of.

So, pull out your note pad and start taking notes as there could be a test later and you won’t want to fail this one since it includes some science, American History, and comedy. 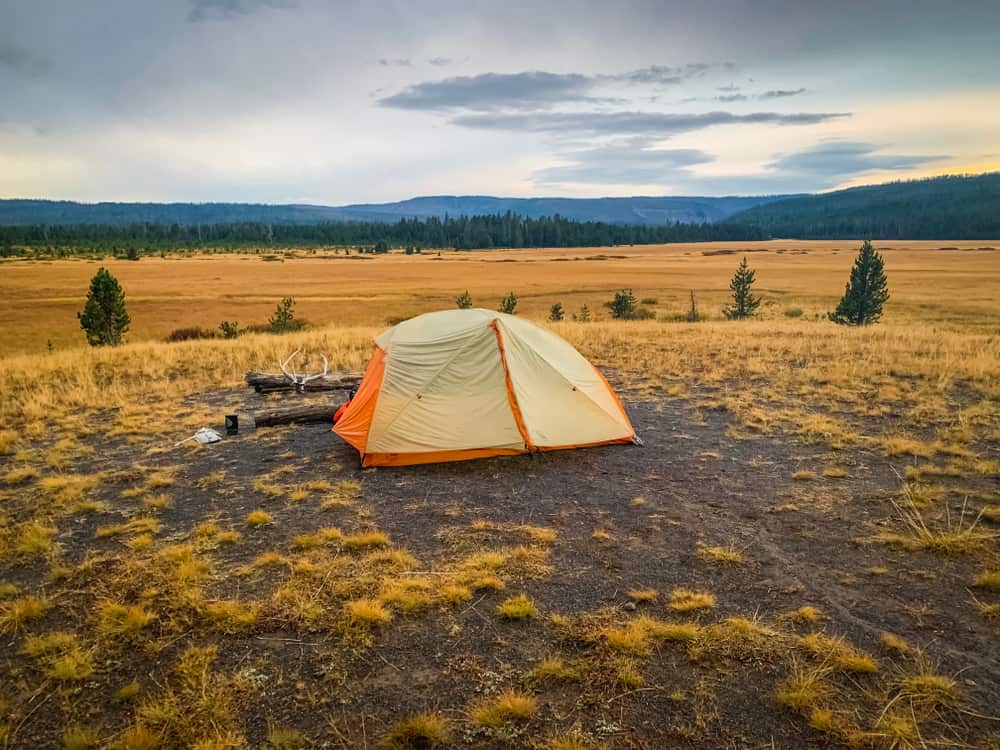 Yellowstone was designated as a national park in 1872. If you do the math, you’ll understand that it was way before the internet and even before the interstate. For that matter, President Ulysses S. Grant, the dude who gets credit for making the call to preserve the Yellowstone region as parkland, did so a full 20 years before Montana, Idaho, and Wyoming became states.

What’s the big deal about that? Yellowstone happens to be located in all three of those states.

2 – Speaking of Freakin’ Old, So Are The Trees

The majority of the trees in Yellowstone – something insanely high like about 80% of them – are lodgepole pines. Here’s a bit of biology/Earth science for you: this variety of tree is known to be a particularly hardy specimen. It means that the tree you took a whiz on a few miles back could have been a sapling when your great-great-great-grandfather was out trapping for food. Lodgepoles are not very big in diameter (about 24 inches) but will grow up to 70 feet tall.

3 – At Yellowstone, You Really Get To Blow Off Some Steam 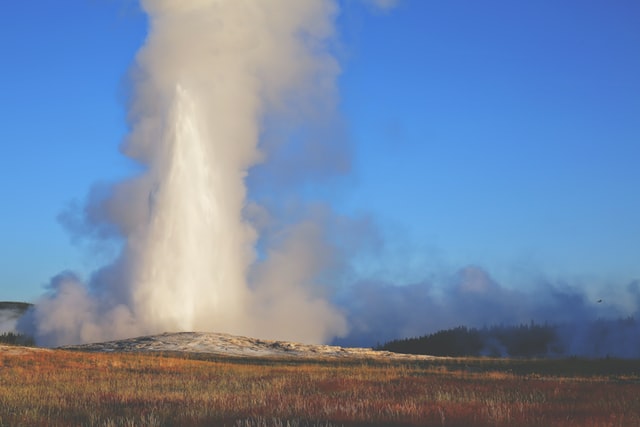 Okay, not the best pun, but it’s a fact. Yellowstone has well over 300 geysers within its boundaries. Geysers are vents that spit out steam and boiling hot water from deep within the planet we all inhabit. The best known of these is Old Faithful. This particular vent got its name from the fact that it has a reliable and explosive schedule. You can set your watch to this predictable attraction as it blows out once every 91-minutes.

Yellowstone Lake is the site that you can’t miss when popping into the park. That’s because it happens to be sitting on the largest super volcano caldera in North America. It also happens to be an active volcano, so plan your boat rental accordingly. The caldera is 30 miles by 45 miles and is the only one on the planet that is located on land. The other 29 are underwater. The cool – or should we say warm? – the thing about all of this is the geothermal activity. 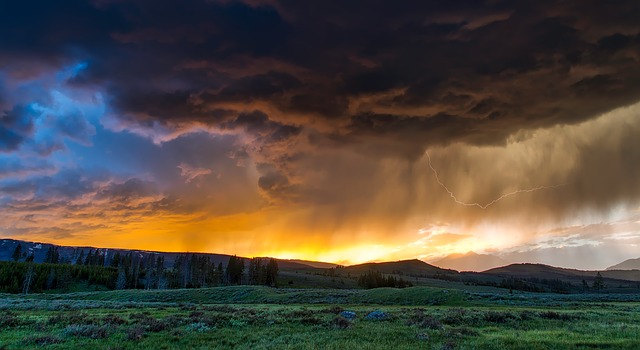 5 – If We Can Predict Old Faithful, When Is The Next Volcano Eruption?

That’s a good question. It’s not as if the Park Rangers are keeping tight lips on this one to prevent a massive drop in tourism. There is actually an answer to that question. But before we get to that, we should point out that there have been three major eruption events in the past three million years, give or take a few decades. Scientists have crunched the numbers and say the next one is going to be a doozy. But it won’t happen for another 10,000 years or so.

6 – You Could Say Yellowstone Has Always Been A Tourist Attraction

Way, way back…farther back before your great-great-great-grandfather the area we now know as Yellowstone National Park was drawing attention from the locals and visitors of the day. Thanks to litter that has been identified as ancient arrowheads and signs of obsidian mining, it appears that people were passing through the area – some hanging out for a period of time – as far back as 11,000 years ago. Sadly, there were no souvenir shops back then.

A total of four Native American tribes have hunted and lived in the region known as Yellowstone National Park. They include the Bannock, the Blackfoot, the Crow, and the Shoshones. Oddly enough, each tribe was wary of a Resident Evil. Only, in this case, they were concerned about an Evil Spirit that was believed to live in and around the 300+ geysers and additional thermal features that spot the entire region. 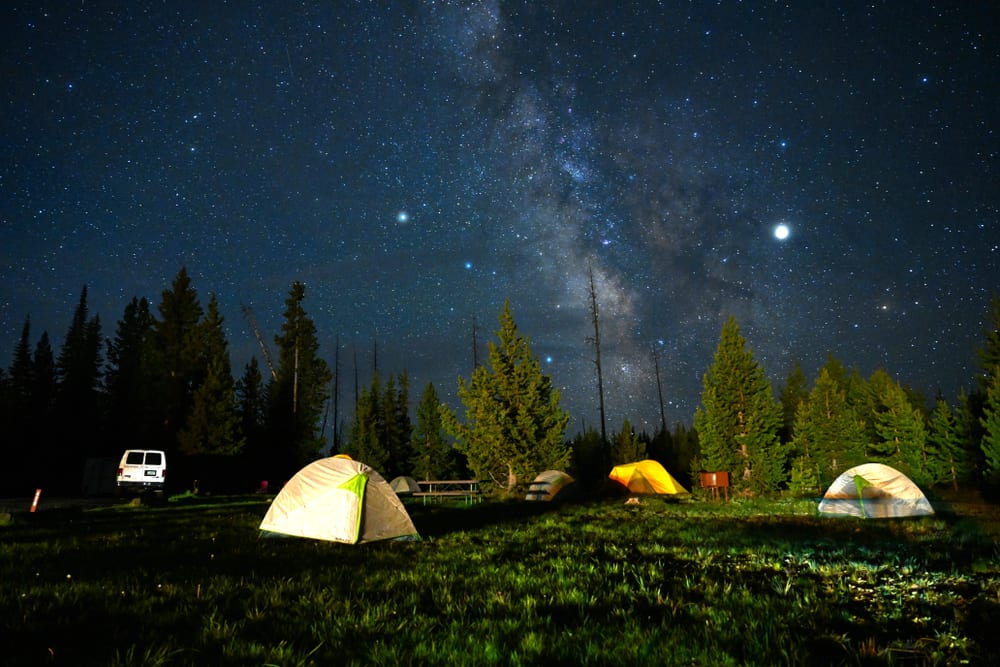 8 – Oh, Give Me A Home Where The Buffalo Roam

Here’s a trivia question that you can use to score a few drinks as a bar bet if you’d like: Where on Earth does the largest free-roaming herd of bison reside? If you guessed Yellowstone National Park, you’d be right. The best places for viewing them are in the Hayden or Lamar valleys. You can also get a glimpse of the odd hundred near Gibbon Meadows, Geyser Basin and chilling in and around the Pelican Valley. You can’t miss ‘em. 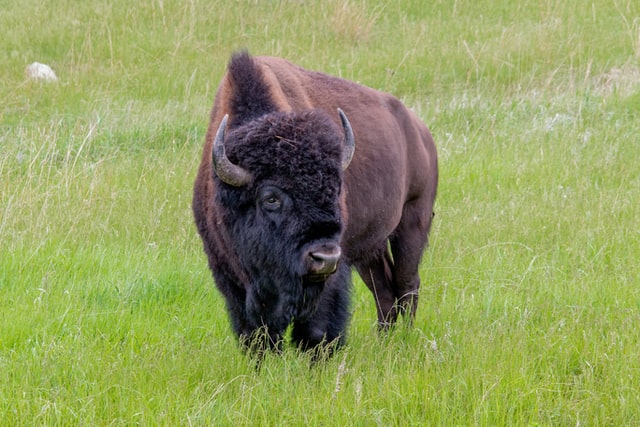 If you are into more than the bison that roam around Yellowstone, you’ll be pleased to note that you also stand a good chance of encountering wolves, moose, snakes, elk, black bears, and grizzly bears. Hopefully, from a safe distance and not accidentally in your campsite. Typically, these critters are a bit on the shy side, but you still want to be prepared. If your goal is to shoot any of these animals – with your camera – dawn and twilight are best for this activity. 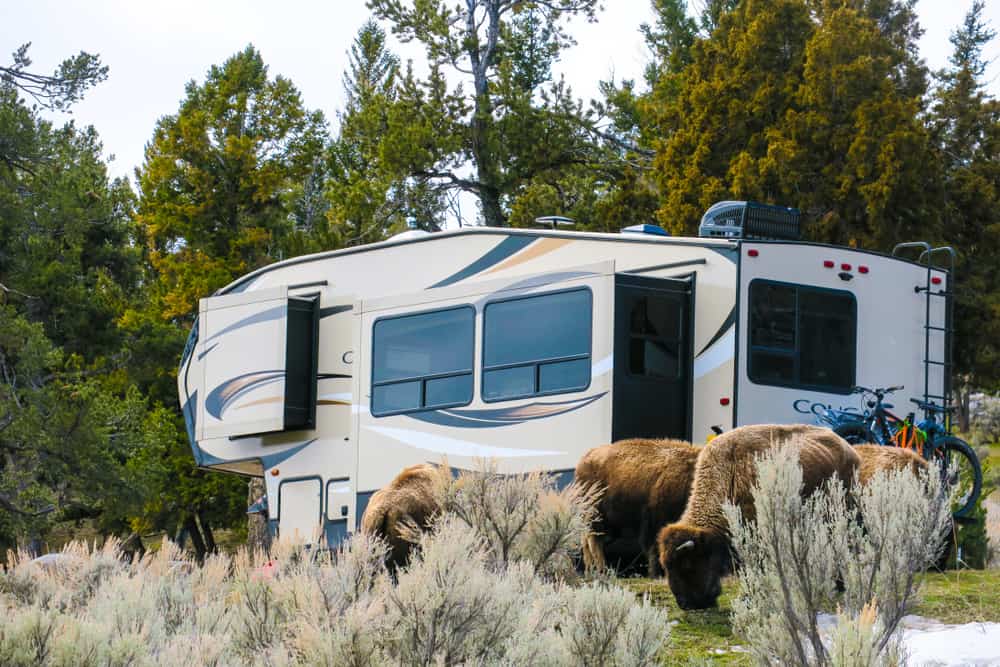 Yellowstone National Park is home of the Grand Canyon. Only it’s not the Grand Canyon everyone knows in Arizona. Either way, the one in Yellowstone is still pretty impressive as far as canyons go. It’s only about 20 miles long and varies between 1,500 and 4,000 feet wide. Additionally, the Yellowstone Grand Canyon is anywhere from 800 to 1,200 feet deep. It’s also a lot younger than the other one at 10,000 years old versus six-million years for Arizona’s. 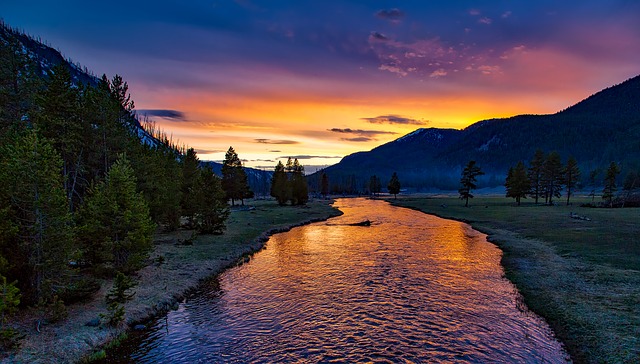 Yellowstone National Park is larger than the combined size of two of the United States. No, not Texas and one of the other larger ones. That’s just silly. Yellowstone is larger than Delaware and Rhode Island combined. We know, those are a couple of the smaller states, but the fact remains, the park is still bigger than two whole states jammed together. Aside from that, Yellowstone is a fascinating collection of features well worth exploring.

The Similarities Between Yellowstone And Jellystone Are Uncanny

The world of Hanna-Barbera cartoons introduced us all to that interesting character Yogi Bear in 1958. Yogi’s sidekick was Boo Boo. Both were residents in a place called Jellystone National Park. It was clearly a play on words referencing Yellowstone. Yogi became the first ‘breakout’ character from the Hanna-Barbera stable and earned his show in the early 1960s. In it, we all got to see the bear’s interesting antics in and around his park setting. We also were reminded often that the pair was in a national park thanks to the ongoing interaction with Ranger Smith.

What’s this got to do with Yellowstone National Park? Well, if you were a child in the 1960s, you would have experienced an ongoing feeding of the Yogi Bear and Boo Boo lifestyle and may have somehow managed to pick up on the subliminal hints that you and your family should pack the camper and visit a national park or too. You could say that Yogi, Boo Boo – and to some extent, Ranger Smith – opened our eyes to the reality that there were great and wonderful places to visit in and around our own countryside that attracted worldwide attention.

Did You Pick Up Some Cool Facts About Jelly – Um, Yellowstone National Park?

Aside from the PR spin from the cartoon world, Yellowstone has been attracting visitors for tens of thousands of years. Only in the past couple hundred have then been hosted at a world-class, internationally-recognized park facility. If there is one national park you manage to visit in your life that isn’t on the other side of the planet, you have to see Yellowstone.

Even if it’s just to snap a selfie in front of Old Faithful to post on social media feeds to say you were there. Yellowstone National Park is most certainly an amazing jewel that the forefathers of the country recognized as requiring protection as parkland.

As a result, the canyons, geysers, and wildlife are safe and available to be enjoyed by all for many, many generations to come. Just be sure to keep at least one eye on your pic-a-nic basket just in case Yogi happens to make an unscheduled visit. 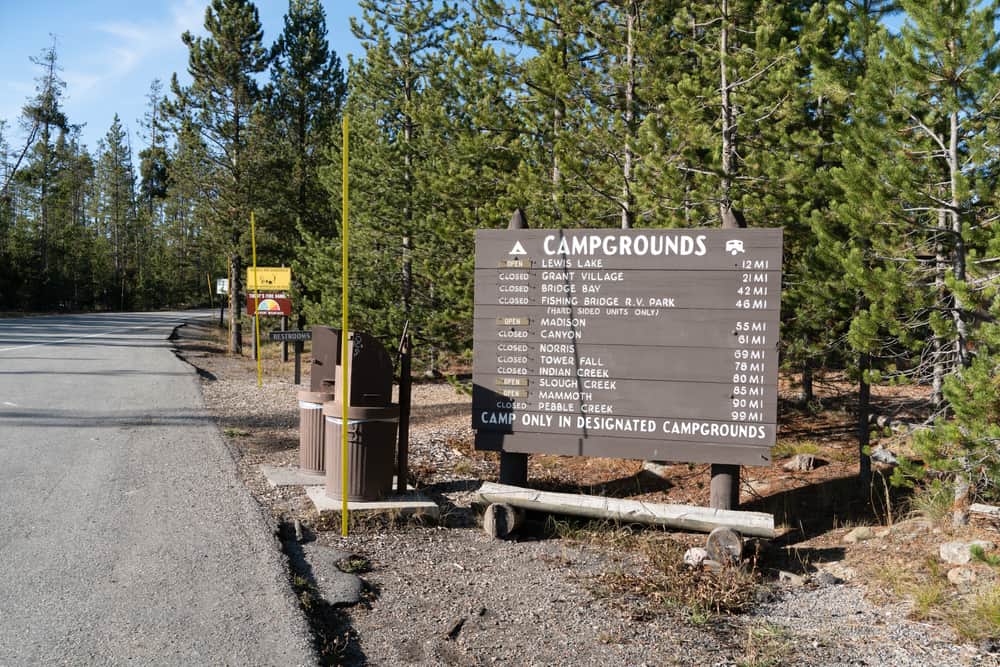 Video with tips and inside information:

Cost per night varies, bring a tent so you do not have to sleep in car.