Where can you see bears in Yellowstone? 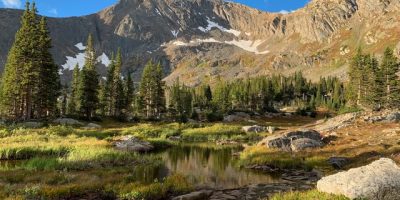 You can see bears all over Yellowstone as there are 1400 living in the area. Here are the best areas to view them:

Lamar Valley is a heaven for the wild bear to live. Black and Grizzlies bear may be seen everywhere in it. People can see the couples of bears in the months of May and June Lamar Valley.

Hayden Valley is included in one of the places of Yellowstone where people can easily see the large numbers of bears. People cannot cross the road in this area easily due to a large number of bears on the road. This place is full of black and glazing bears. Hence people are very careful to leave the road. People can also watch small cub in Hayden Valley in the spring. People may watch four little hubs at once having with big bears.

There are lots of bear surroundings in Mammoth.  Elk is chasing in the town. Bears walk in the Upper Terraces. Black bears walk in Beaver Ponds Trail. People have to be sharp and careful in Mammoth Hot Springs.

If you visit Yellowstone in late summer or in fall, Dunraven Pass is the best place for you to see black and grizzly bears. This is a pass between Canyon and Tower which attracts bears because bears gather to harvest pine nuts from the trees that grow in the past. Black bears up in the tress to get cones while grizzlies would mostly walk in the forest.

Canyon village is the best place to watch bears in spring and summer. There are many plants for bears and many places to dig up, and elk calves to hunt in early summer in Canyon.

There are 800 grizzly bears and 600 black bears living in the Yellowstone area.

In the history of Yellowstone, bears stole and begged food from people, people could easily observe them very near to them, by thronging foods from their cars bears. Mostly they are found near the hotels of Yellowstone for their food, and people can easily see them from the hotels too. The situation has been changed now. Bears generally do not beg and stole food from human.

To watch bears is a little bit harder now, but once people watch them, they show much more natural behavior. Bears are most active in the summer, spring, and winter and sometime in the March and in start of the April too.

Bears can be so cute it is hard to believe they are a danger.

Yellowstone National Park is a habitat for the species of grizzly bears, and the tourists have been attacked and injured by these bears a few times according to the reports. There have been 118 million visits in Yellowstone since 1979, and during the period only 44 visitors were attacked by grizzly bears.

Hence, you can infer that the chances of getting injured by a grizzly bear in Yellowstone are rare; say 1 in 2.7 million visits

You are more likely to get attacked by a bear in the backcountry areas while the developed regions have significantly reduced chances of such damages and assaults. Since 1980, the bear-inflicted injuries to humans in the developed and roadside areas have a ratio of 1 in 20 years while in the backcountry, this ratio comes up to be one injury per year.

Why do bears attack?

Encountering a bear can rarely cause death, but if a bear perceives you a threat to its cubs, or it gets startled by any of your actions, likely, the bear will certainly attack you. Most of the time, animal attacks are the result of crossing the safety limits and getting too close to wild animals like grizzly bears.

How can you prevent a bear attack?

Well, if you have a plan to visit Yellowstone, then you must know the following tips to avoid bear-attacks.

Your bafflement about how common are bear attacks in Yellowstone is clear now. So, if you are planning to have an adventurous expedition in Yellowstone National Park, don’t let your fear beat your dreams and your audacious nature.