Facts about Snake Berries: Can You Eat Them? (Pictures of 5 Types)

There are 5 kinds of berries considered to be snake berries. Most of them should not be eaten as they are harmful to humans. They are also known as fake wild strawberries.

The edibility is not the same for all of them as below:

They sure look pretty. The plant crawls over the ground as it grows. The berries are not poisonous. So they can be called edible. But people do not usually bother eating them because they are almost tasteless and not sweet. They are better left alone as a decorative plant. 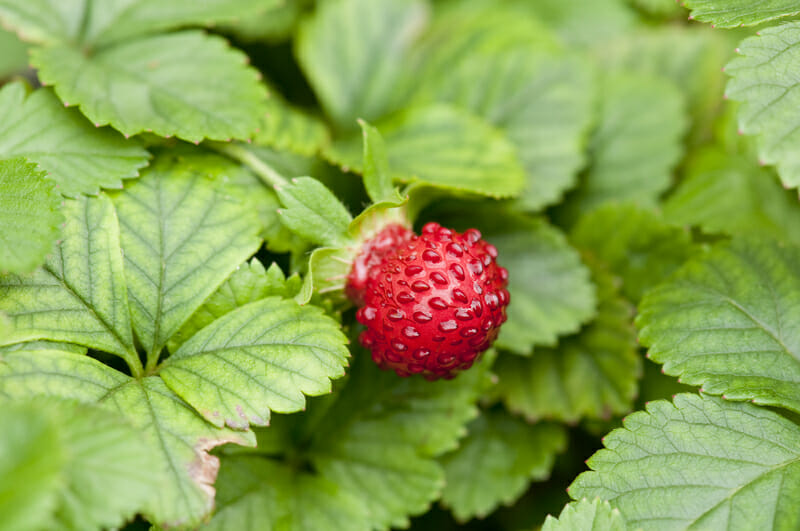 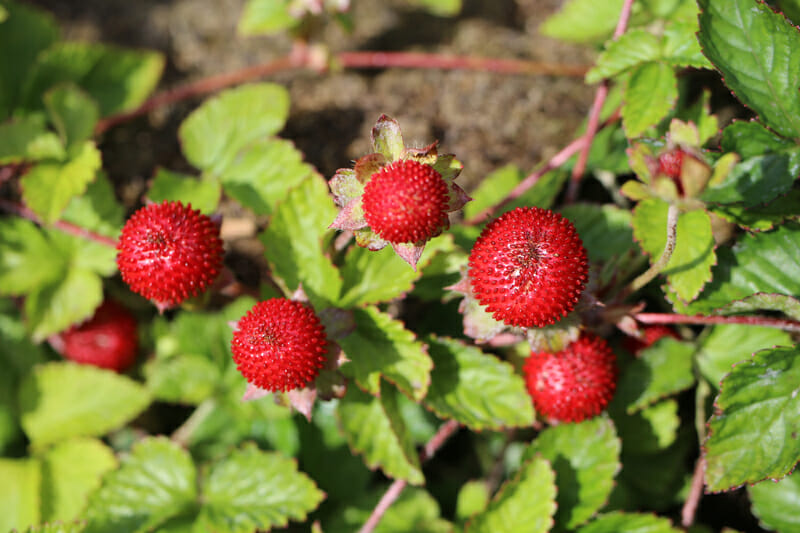 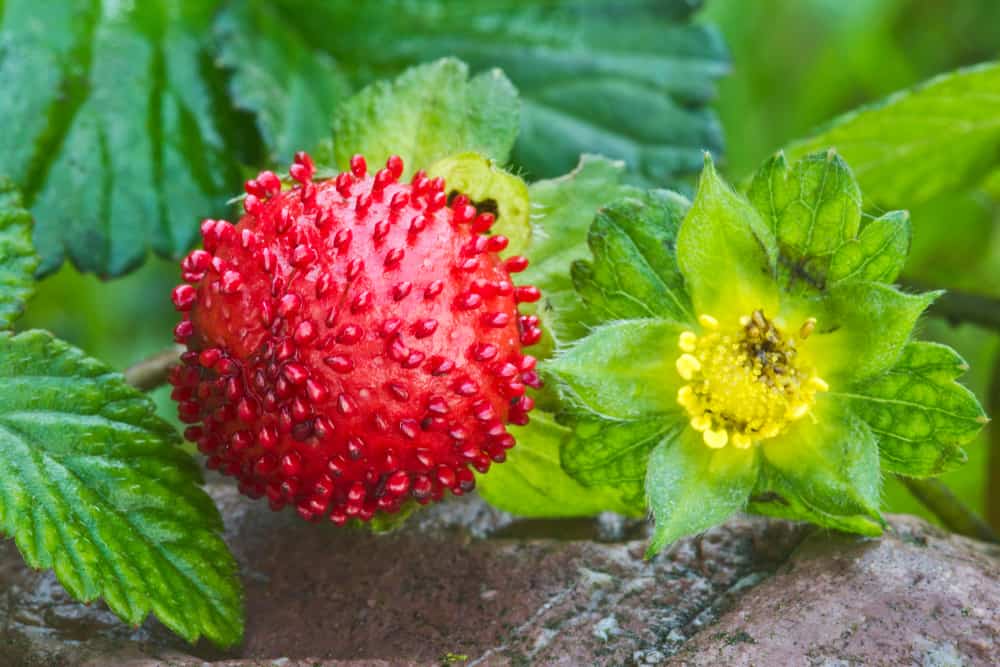 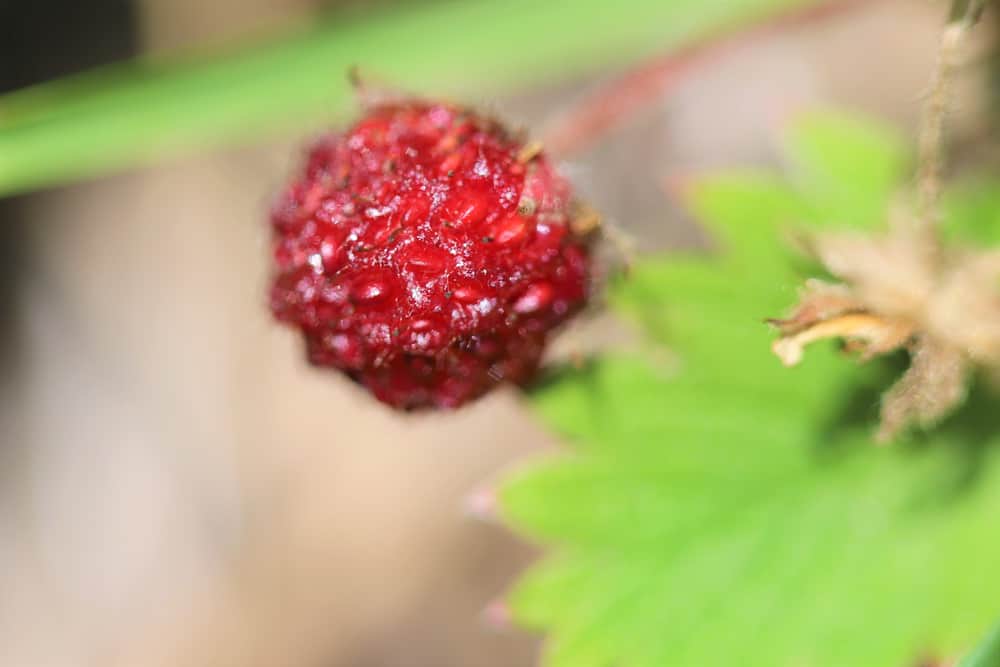 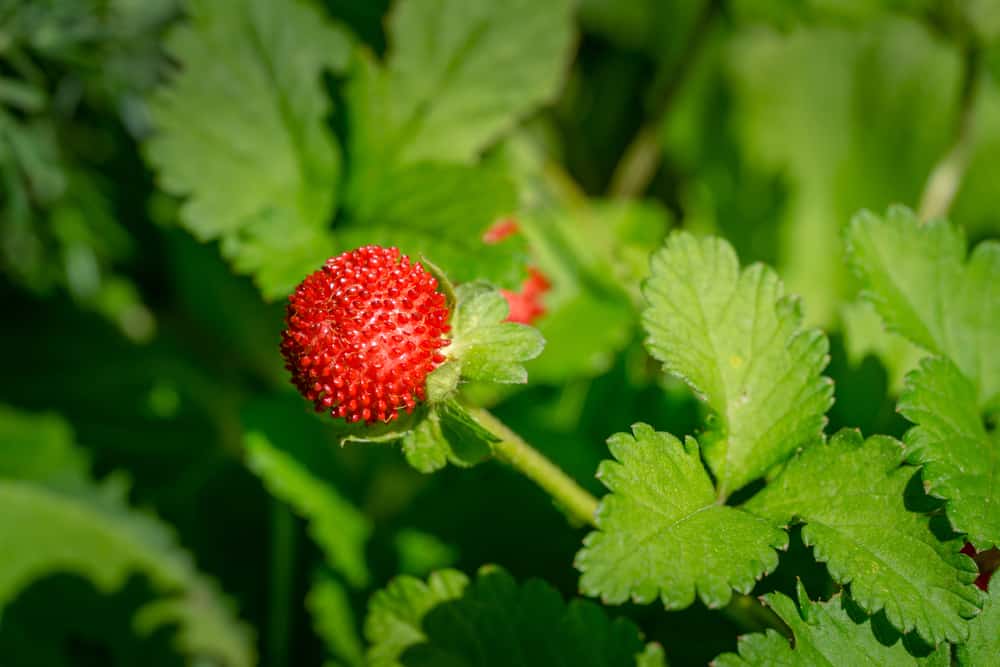 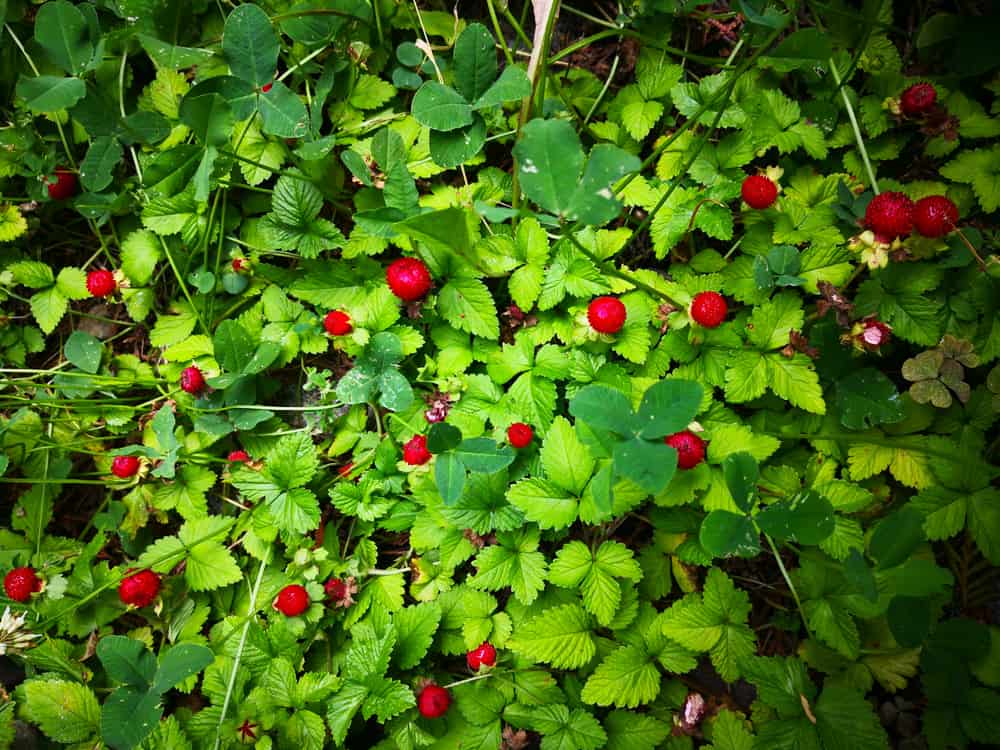 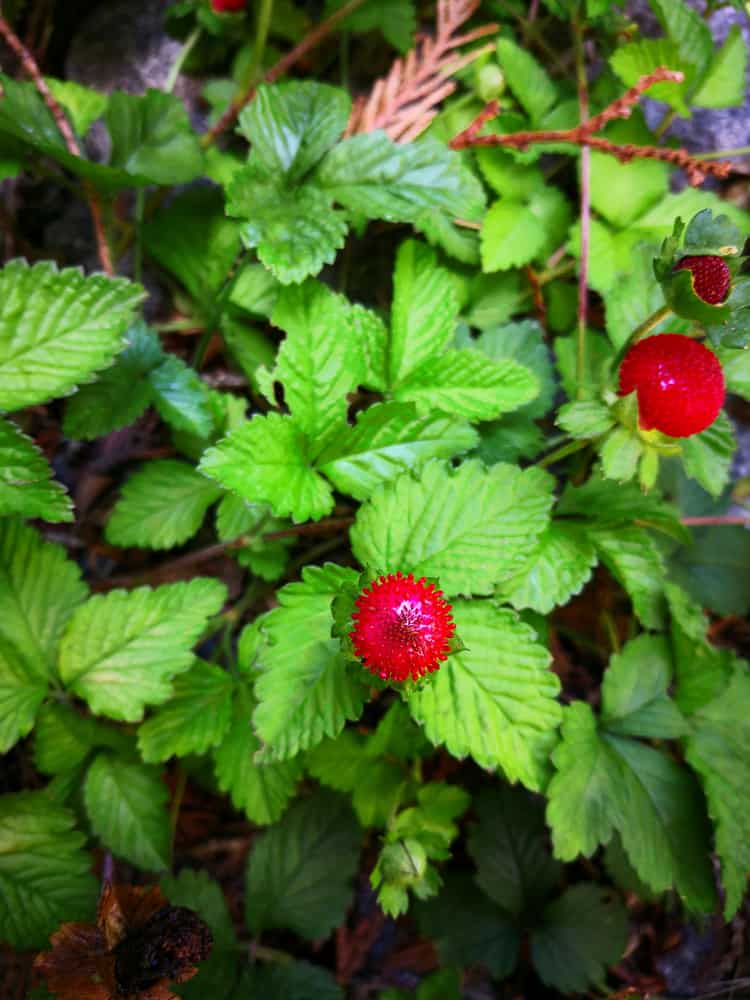 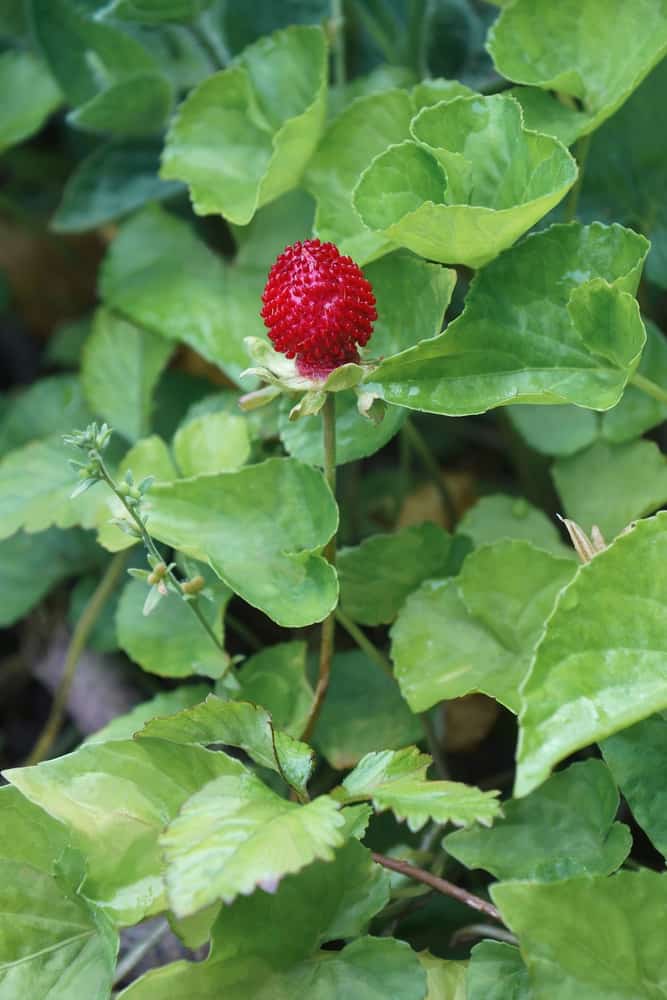 Other types of red berries that grow on shrubs and trees. 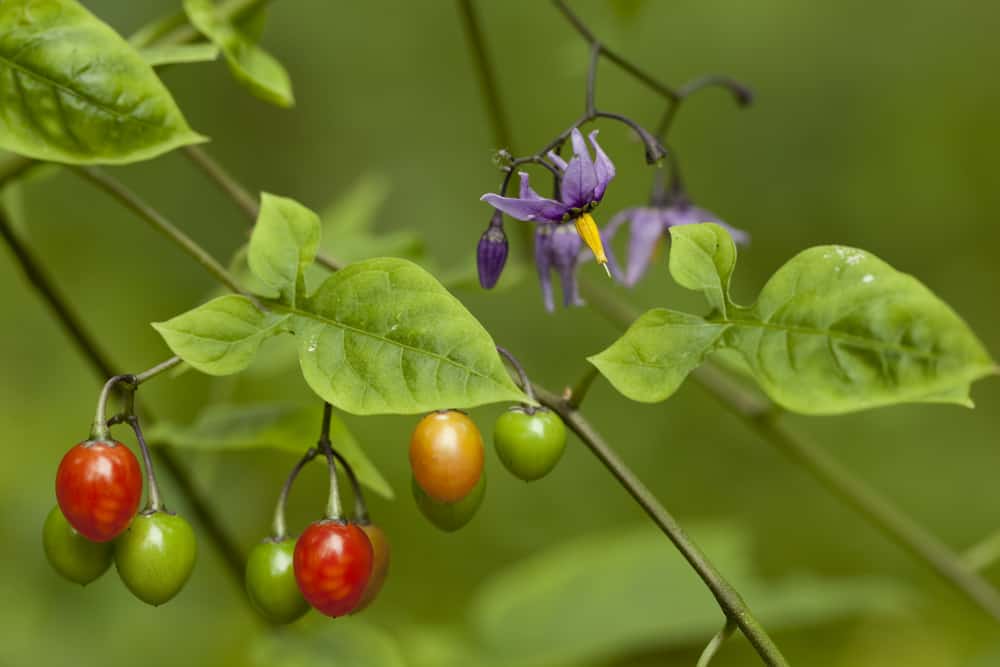 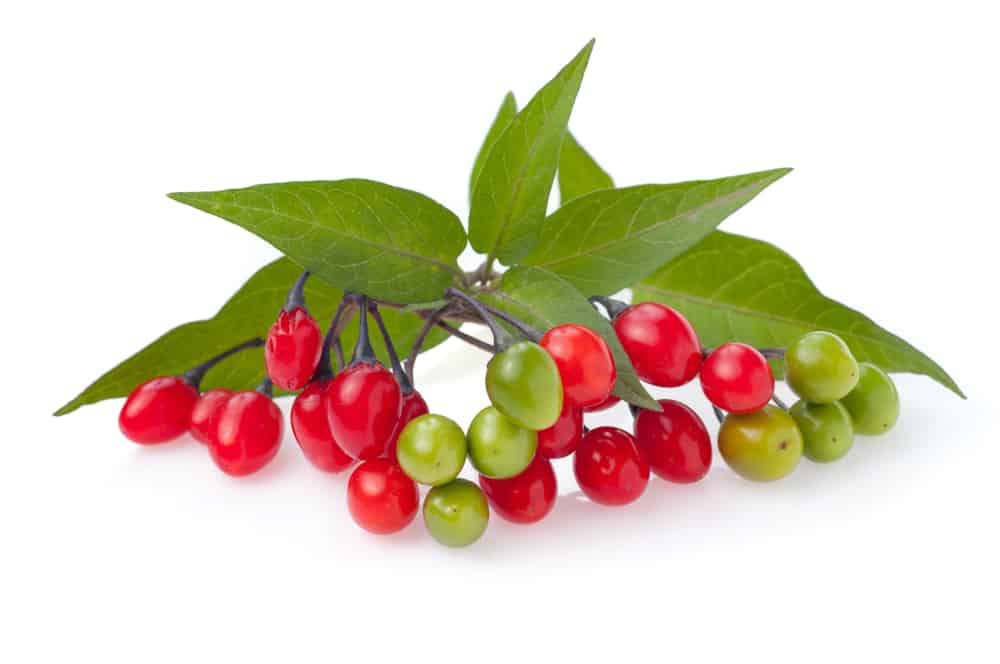 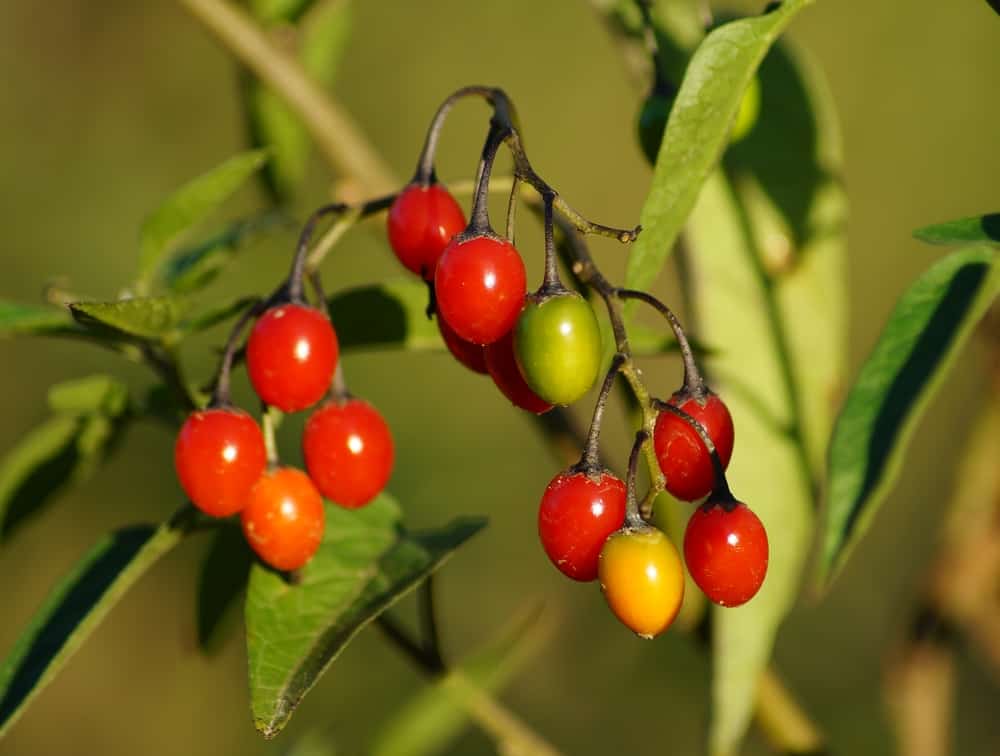 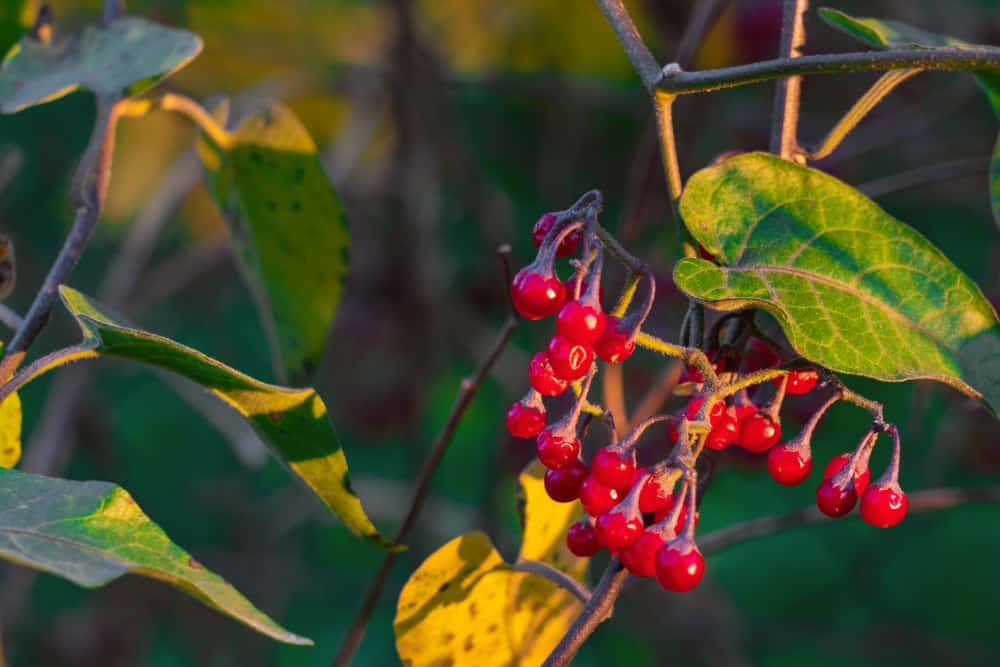 Solanum dulcamara is the scientific name for a poisonous plant that is also known as snake berry, bittersweet, climbing nightshade, poison berry, violet bloom, fellenwort, scarlet berry, etc. Despite its many interesting names, the plant is highly poisonous. The origin of the plant is found in Asia and Europe mainly. It also has characteristics of a strawberry plant.

The berries are usually red and look delicious. But it has a deadly poison called solanine that can cause severe health risk in humans. It can cause diarrhea, nausea, vomiting, hallucinations or even paralysis. Several deaths have occurred due to accidental eating of the berries.

It is said that the plant produces solanine to kill the insects that eat the berries and thus keeping them away. So, in the case of Solanum dulcamara, the answer to the question, what are snake berries and are they edible is definitely a big no. They are extremely poisonous and cannot be eaten. 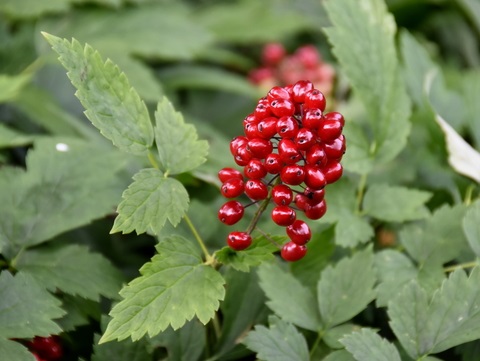 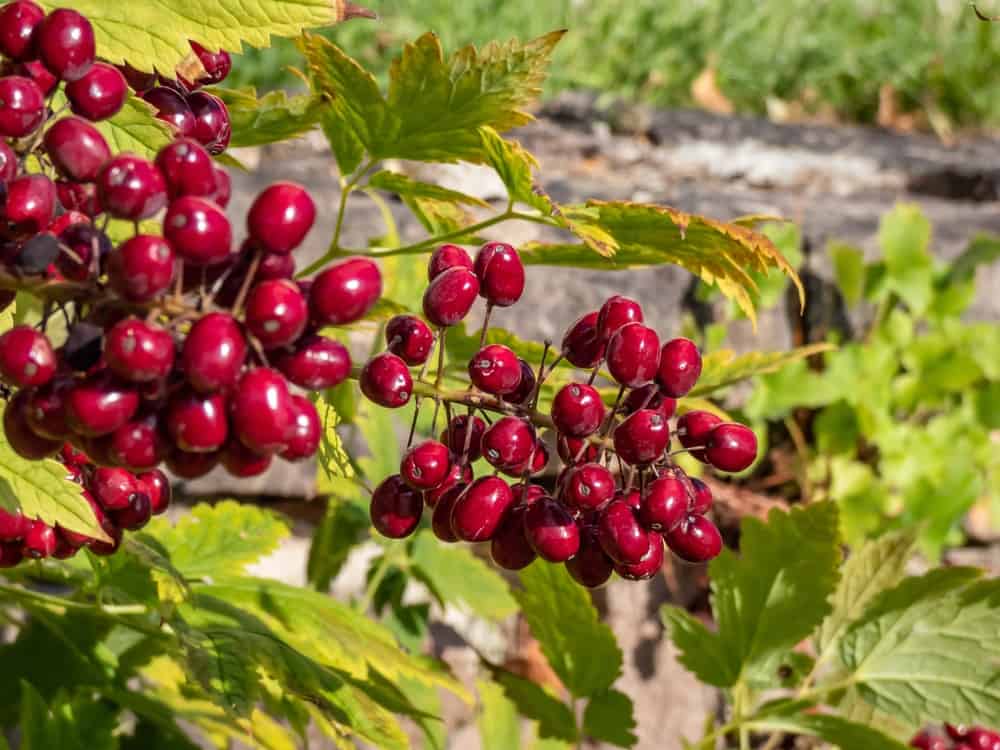 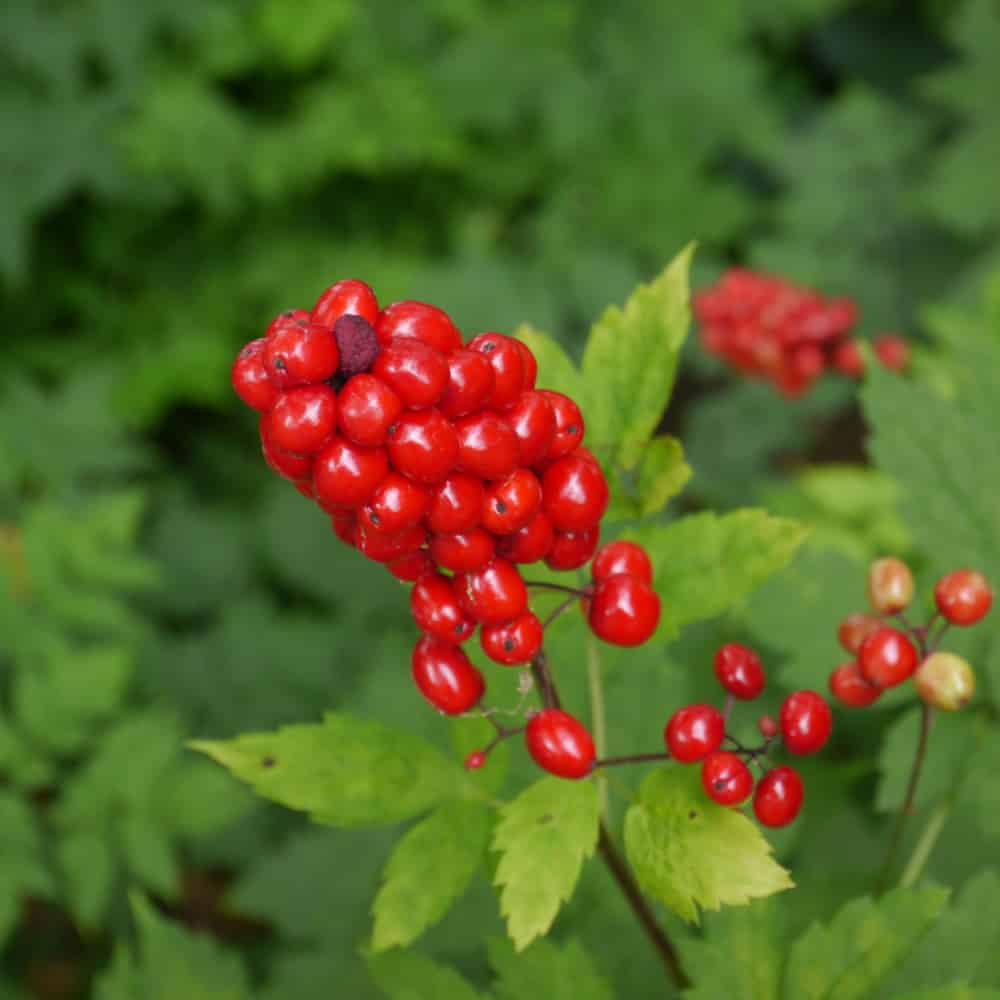 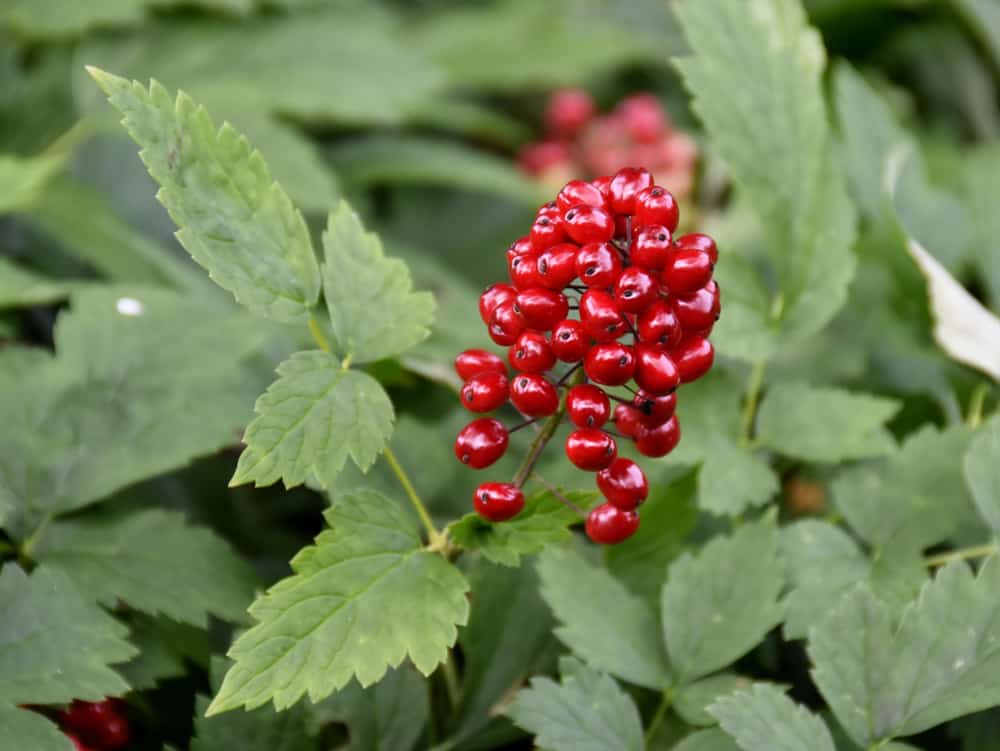 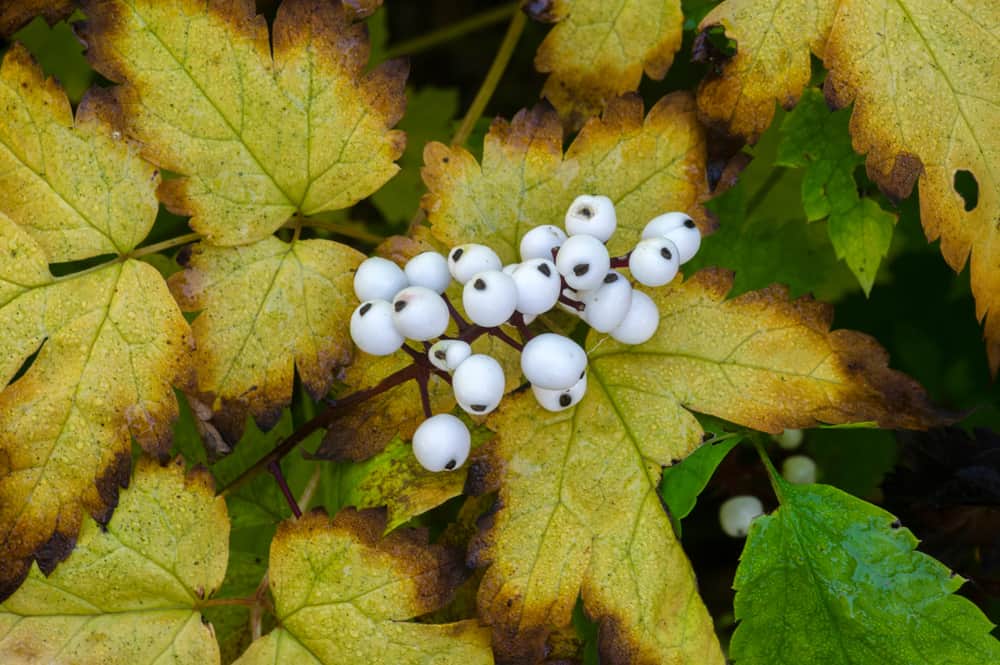 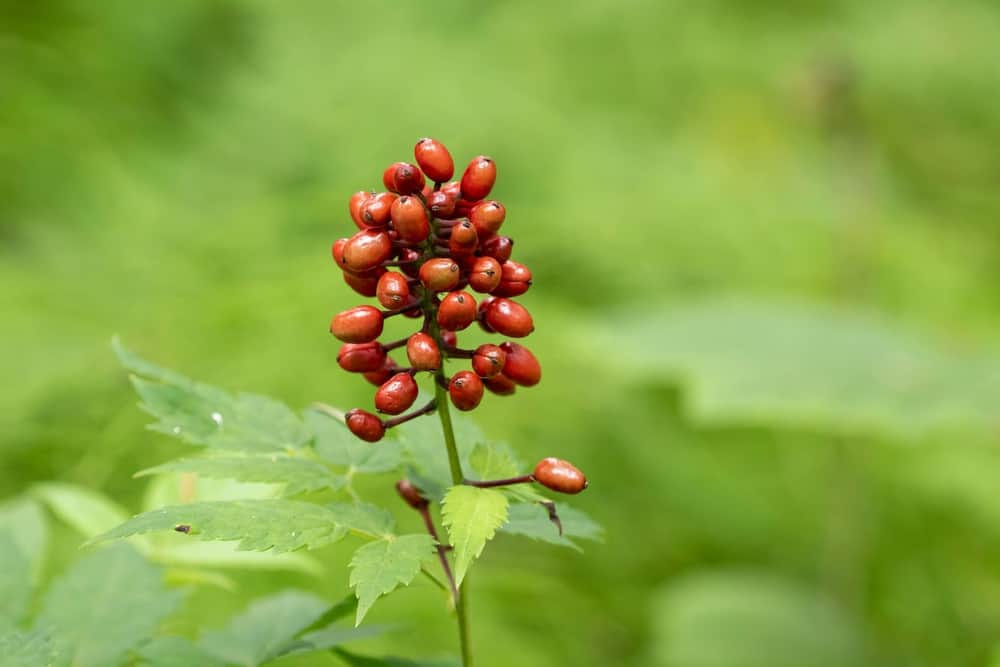 The scientific name being Actaea rubra, this is also commonly known as snake berries, cohosh, red baneberry, chinaberry, etc. This is also a poisonous berry that is often called the snake berries. The whole plant of Actea rubra is poisonous. But the berries are the most poisonous. But deaths or any illnesses related to consuming this berry is unheard of. Because the taste of the berry is so bad that it is almost impossible to eat. So people usually don’t eat them by mistake. But if they do, they can experience symptoms like nausea, sleepiness, stomach ache, etc. Consuming enough of them can eventually cause death. So this snake berry is not edible either. 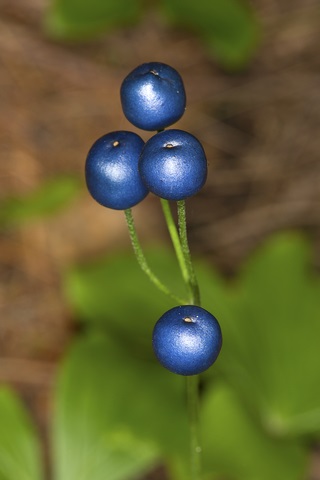 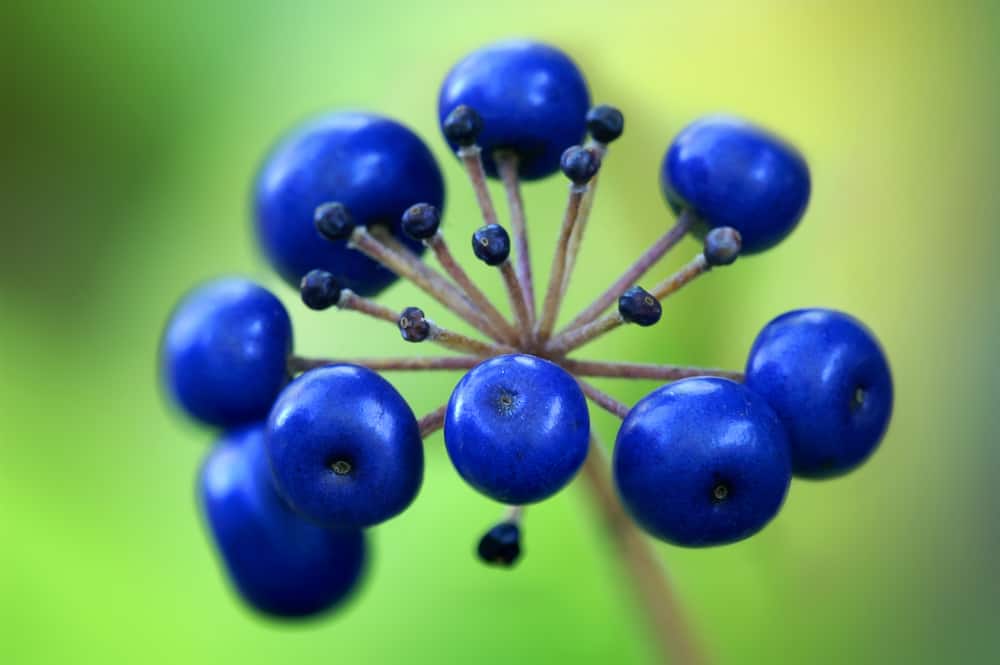 It is another plant that is also known as snake berry, dogberry, straw lily, yellow bead lily, yellow blue bead lily, corn lily, blue-bead lily, etc. The plant originates in North America mainly. The berries of the plants are mainly blue. The leaves of the plant are edible while the plant is only a few inches tall. But the berries are mildly toxic. So consuming them will possibly make you sick, but it can’t kill you. Some part of the rhizome of the plant is used for producing medicine. So this is another variant of snake berry. And the plant can be considered inedible. 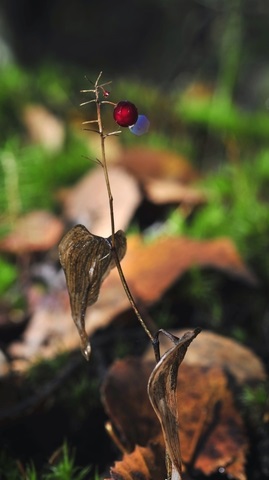 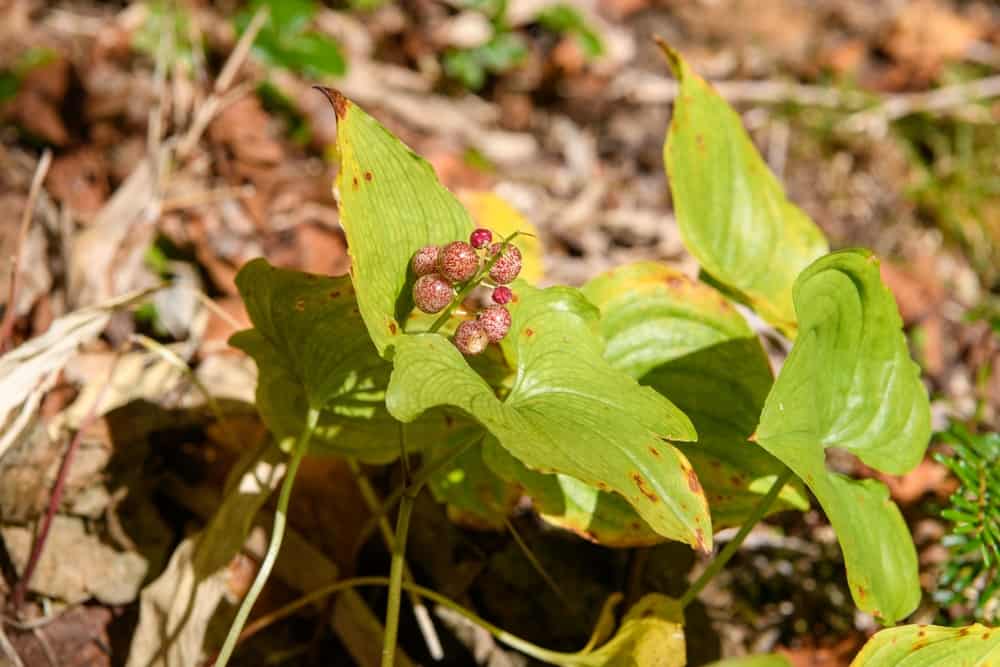 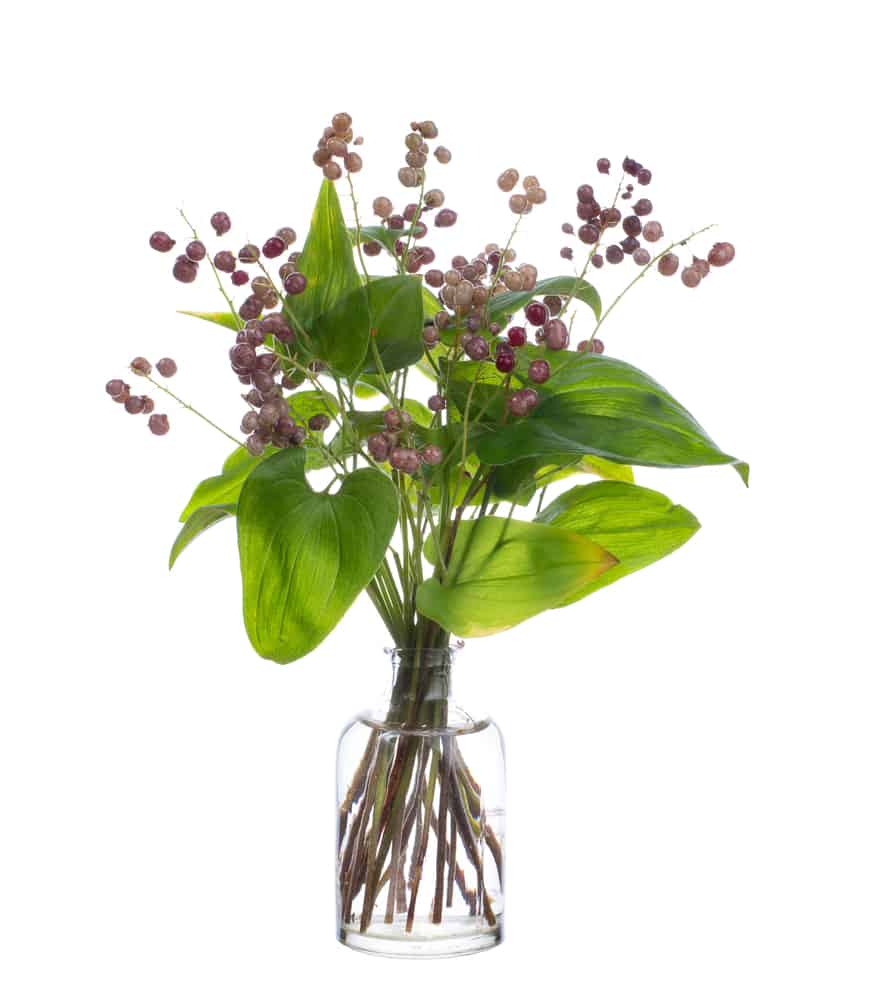 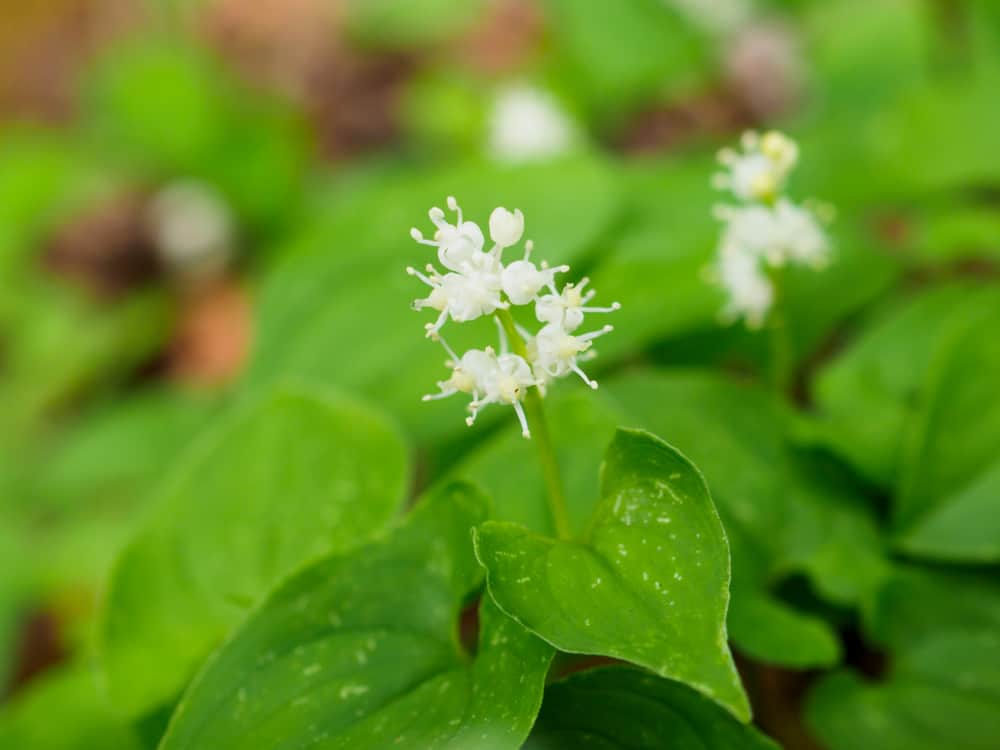 The scientific name of this snake berry is Mainthemum dilatatum. It is also commonly known as two-leaved Solomon’s seal or false lily of the valley. The plant is found in North America and Asian regions. It covers the ground with its leaves other body parts. The plant spreads horizontally over the ground.

The roots and the leaves of the plant are used for medicinal purposes. The berries are used as food occasionally. The plant is also very popular in gardening for its ground-covering ability. The plant needs proper care in case of artificially growing it for gardening. So this snake berry is not poisonous and can be eaten.

So far, we have learned about five different snake berries that can be found all over the world. Most of them are poisonous in nature. As the snake is considered the symbol of poison or venom, the berries that are poisonous and inedible gets the nickname of snake berry for their edibility and the presence of poison.

The nature of their growth is another factor for their naming. They often spread in a snake-like scaling motion. So people around different regions have started calling them snake berries for that reason too. There is not one specific plant of berries that can be defined as the real snake berry. All the plants that are mentioned in the article are snake berries. But they have different properties and characteristics. They do not look alike. Some basic similarities are there because they are all berry plants.

They all have leaves, they spread on the ground, and they are oftentimes poisonous. But as we know about a thing in botany that those with the brightest color are most poisonous. So in this case, the berries that are bright and flashy in color, are usually poisonous. So in short, snake berries are berries that are found in different plants in different forms. They are mostly not edible. Some of them are heavily poisonous, making them very unfit to eat. Some of them can be eaten, but they lack the taste and quality of a fruit, so people usually ignore them as foods.

The poisonous ones are not only inedible; they can cause death if taken in heavy dosage. So, hopefully this article clears up the question what are snake berries and are they edible pretty clearly and gives you an overview of the subject matter.