5 Things You Most Likely Didn’t Know About Axe Throwing.

5 Travel Credit Cards for Special Rewards (Good or Not) 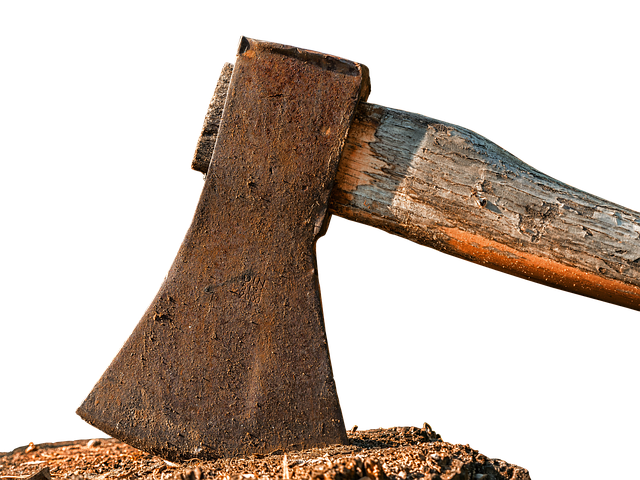 1. Don’t Throw A Fit, Throw An Axe Instead

For some, nothing gets that thing off your chest quicker than tossing an ax into the mix. It puts a whole new spin on road rage. Did someone cut in line at the grocery store? Throw an ax at ‘em.

Okay, so we’ve gone way overboard on the idea of ax throwing, but when you take a look at the origins of the sport, you’ll understand why we first described it as a weapon. Ax throwing pre-dates loggers and lumberjacks who used to toss them in friendly competitions around the 1940s.

Ax throwing has been around since the 1800s and when you toss in the handy use of an ax as a weapon of war, you can trace their roots further back than that.

Consider that the ax was probably the cheapest and easiest weapon to fashion in the days before gun powder and boiling oil, you can easily see how the average village got pilfered on horseback by raiders who used axes to chop up anything in their path.

An ax, if properly constructed, was portable and deadly. You could fling one several feet at a moving target, retrieve it and start all over again without the time needed to reload or clean the workings. An ax was also a multi-purpose tool. Not only could you kill people with one, but you could also cut up meat, chop wood and be the most valuable man on the team even if you sucked at riding.

However, that is the past.

In modern times, you know, sometime before the internet but well after television and radio, ax throwing became a sport. Sure, Vikings and Romans probably considered ax-throwing a sport as well, only they used another scale for keeping score. In today’s world, ax throwing grew from those friendly lumberjack competitions we mentioned earlier.

It was not uncommon for a crew of bored loggers to sit around after a meal bragging about who could toss an ax the furthest or who was the most accurate ax thrower in the logger camp.

You could say this was the official start of ax throwing as the sport we all know and love today.

Oh, and it’s a really, really serious sport now. Maybe not quite at the caliber of Olympic competition, but there are rules, there are specifications related to all parts of the game and – if that wasn’t enough – there are official ax-throwing leagues and federations. We kid you not.

Ax throwing is not just a way to work off some of those Wednesday afternoon frustrations. It’s like a real serious sporting activity.

2. The Rules of Engagement

The target that you are throwing your ax at must measure thirty-six inches wide. Within that target are a total of five rings with each measuring four inches in width. Think of it as a variation on the dartboard or arrow target.

We know, that’s sort of a letdown.

Oh, and to go along with that, if your ax blade is touching more than one ring, your score comes from the outer most ring. This means that you can toss an ax that hits the center but even if a fraction of an inch of that ax blade it touching the next ring, you score a big four points instead of five.

There’s also a very specific playing area defined by the governing bodies that oversee the art/sport of ax throwing. Think of it as the half-court in a pickup game of basketball. There is something called a throwing line. It has to be 21-feet away from the target. This is the same distance for all throwers so if your lady golfs and uses the “ladies tee box” there is no such provision when it comes to ax throwing.

Depending on what ax-throwing association sanctions the event you are participating in, you may find throwing lines located as close as 15-feet and as far away as 30-feet. You may want to confirm that detail if your throwing arm is particularly good at shorter distances.

The throwing line is an active part of the game. Throwers must respect it and stay behind it at all times. Stepping over the throwing line while throwing an ax or just watching your ax float in midair as is glides towards the target will net you 0 points.

As for the number of tosses you get at the target, there are two answers to this. First, if there is a practice target set up somewhere for you to work out the kinks of your erratic sidearm throw, you can nail that target as much as you want. However, when you mosey on over to the competition target you get just five throws. There are no do-overs. So, if you happen to be on your game you have the potential to score a maximum of 25 points and become named as the top ax thrower.

Oh, and one more thing about targets. If you see a line up at the practice target and figure you can fire a couple of shots at the competition target while no one is watching, beware. That action will get you disqualified from the event. Unless you stocked the camper with beer and beef jerky, that can make for a crappy afternoon as a spectator.

Here’s a question for you. Where would you want to sit to get the best view of the action during your average ax throwing competition? If you said somewhere behind the target you’d be nuts and could be injured as a result. That is why spectators and competitors are located safely behind the throwing line. It’s like being a spectator at a firing range. You don’t want to be anywhere near the targets.

As much as we wish we had made this up, there is more than one recognized governing body that oversees all ax-throwing competitions. Okay, maybe you can slip the casual ax-throwing BBQ event you host in your backyard over Memorial Day Weekend under the radar, but you’d be further ahead “going pro” and earning the blessing of one of these official entities.

The World Axe Throwing League (WATL) is the biggest of the associations connected to the sport of ax throwing. No, there are no teams split off into various conferences and divisions as you would expect in any other sport with a governing body that has the word LEAGUE in it.

The WATL is the largest ax-throwing association in the world with well over 100 member companies located in 16 different countries. The WATL is also responsible for organizing several of the sports major international competitions including the impressive-sounding World Axe Throwing Championship.

In Europe, the European Throwing Club “Flying Blades” – best known simply as the EuroThrowers – is the umbrella group for non-commercial ax-throwing sports clubs in that part of the world. The EuroThrowers claim over 250 members representing 15 different nations. The group is responsible for the annual World Knife Throwing and Axe Throwing Championship.

While we’re at it, we should point out that countless commercial ax-throwing venues dot the globe. One such location is Axe Games Omaha in Nebraska. There are also theme parks all over the planet that welcome ax-throwing somewhere on their property. Plus, if that isn’t enough, there are annual festivals – not always a Fall Fair or Logger Sports Show – where tossing an ax is sort of the norm.

While you may have considered ax throwing as one of those crazy stunts used in a reality show or some other form of competition to eliminate participants, there is an actual sport attached to the activity.

But you have to remember that axes are dangerous weapons in the wrong hands but can become a fun game to kill some time at the campsite where wifi doesn’t exist and the fish aren’t biting.

Don’t forget the scoring and to always stay behind the throwing line. Aside from that, have fun flinging knives and axes at your target. You could end up as a competitor at the National Axe Throwing Championship with a chance of taking home the Wilson Cup. 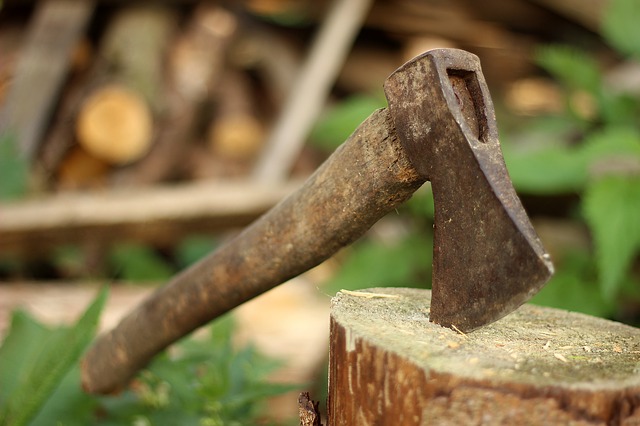 5 Travel Credit Cards for Special Rewards (Good or Not)