Do Cardinals and Blue Jays Get Along?

Blue Jays and cardinals do not get along. Blue Jays are highly territorial in nature and scare away cardinals. Blue Jays are mean and hostile towards other birds but are soft hearted towards birds of their own species.

Blue jays are often spotted attacking cardinals and stealing their food. They usually travel in flocks and are highly territorial over birds of other species, they are are mean.

Here are some photos of them trying to get along: 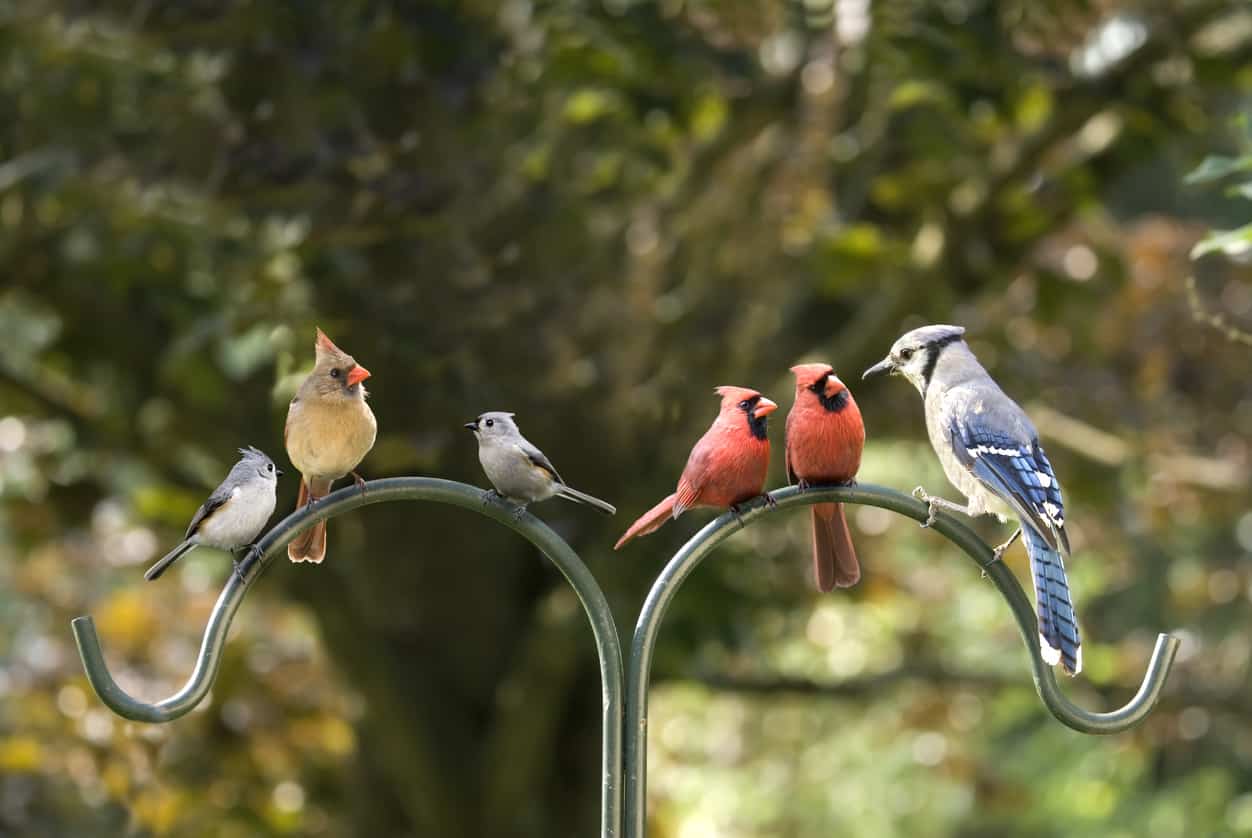 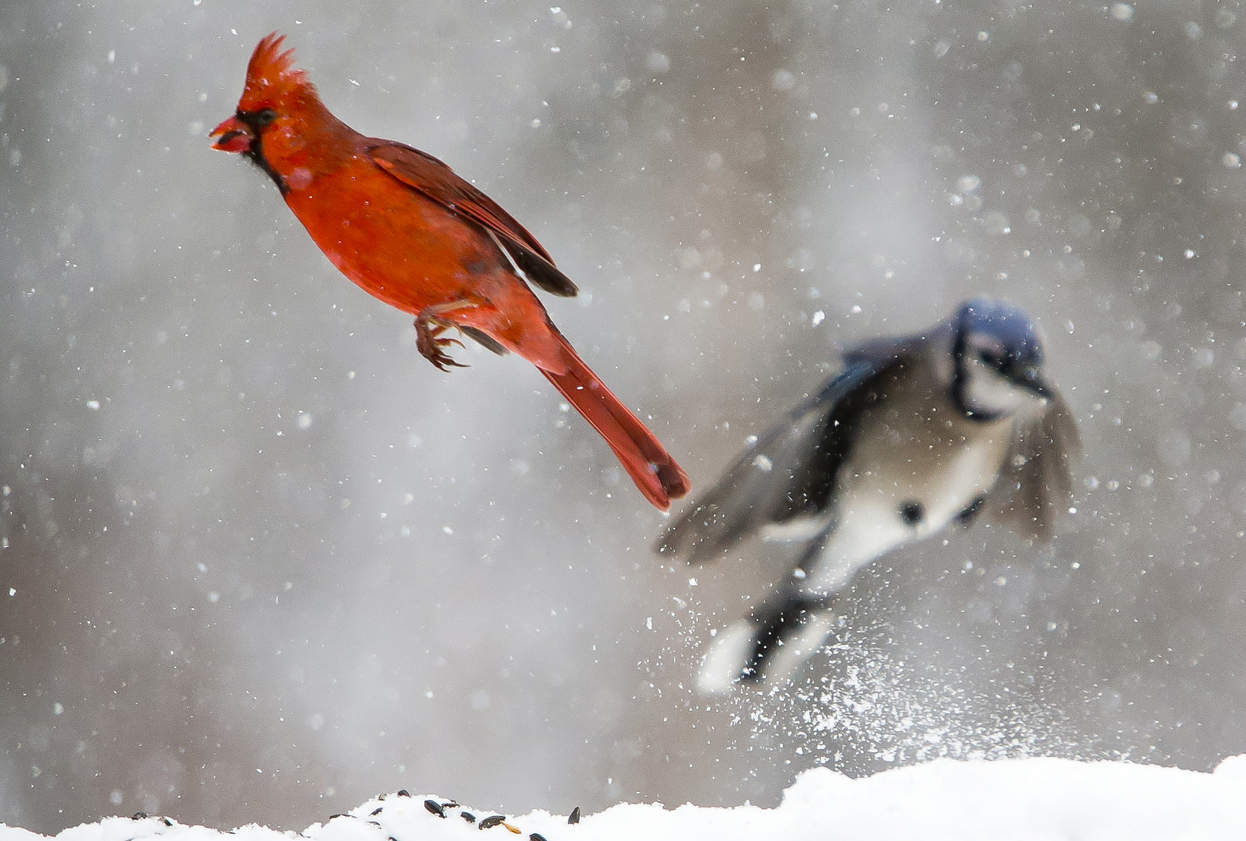 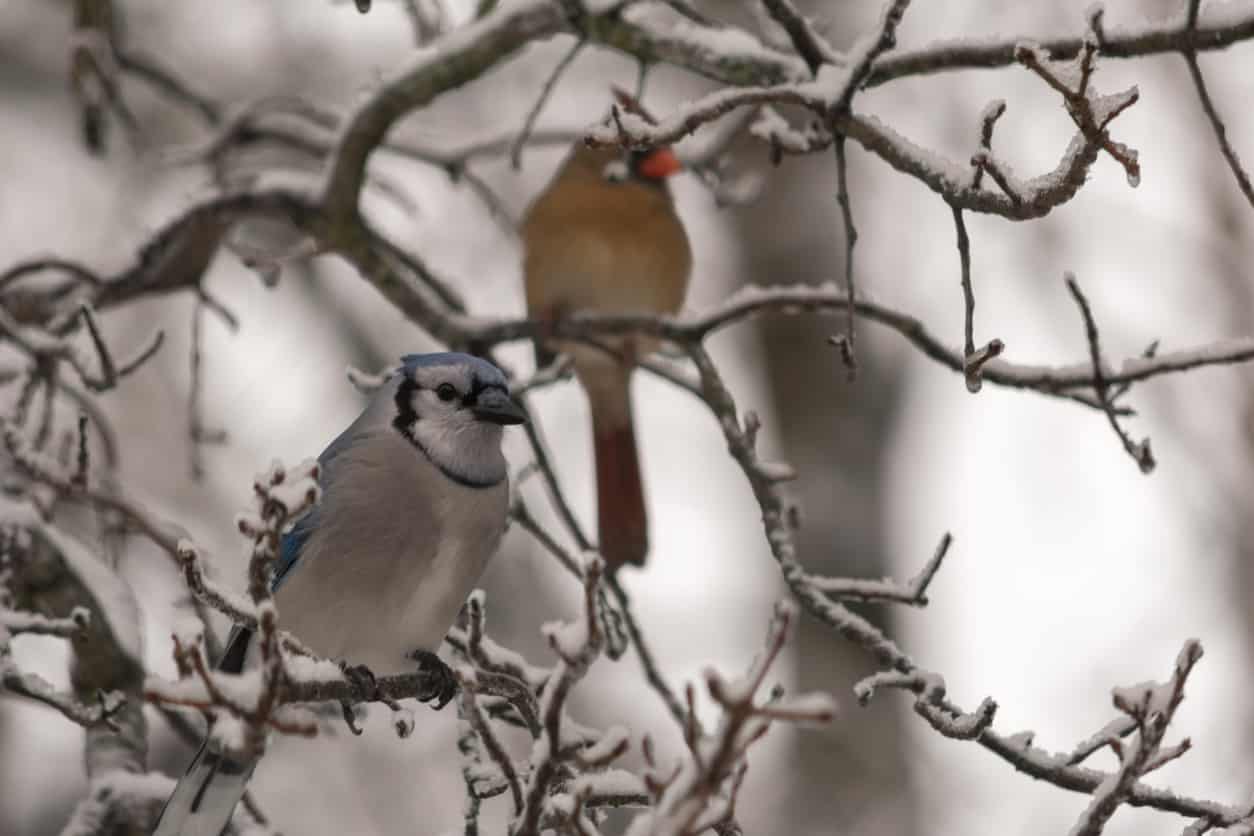 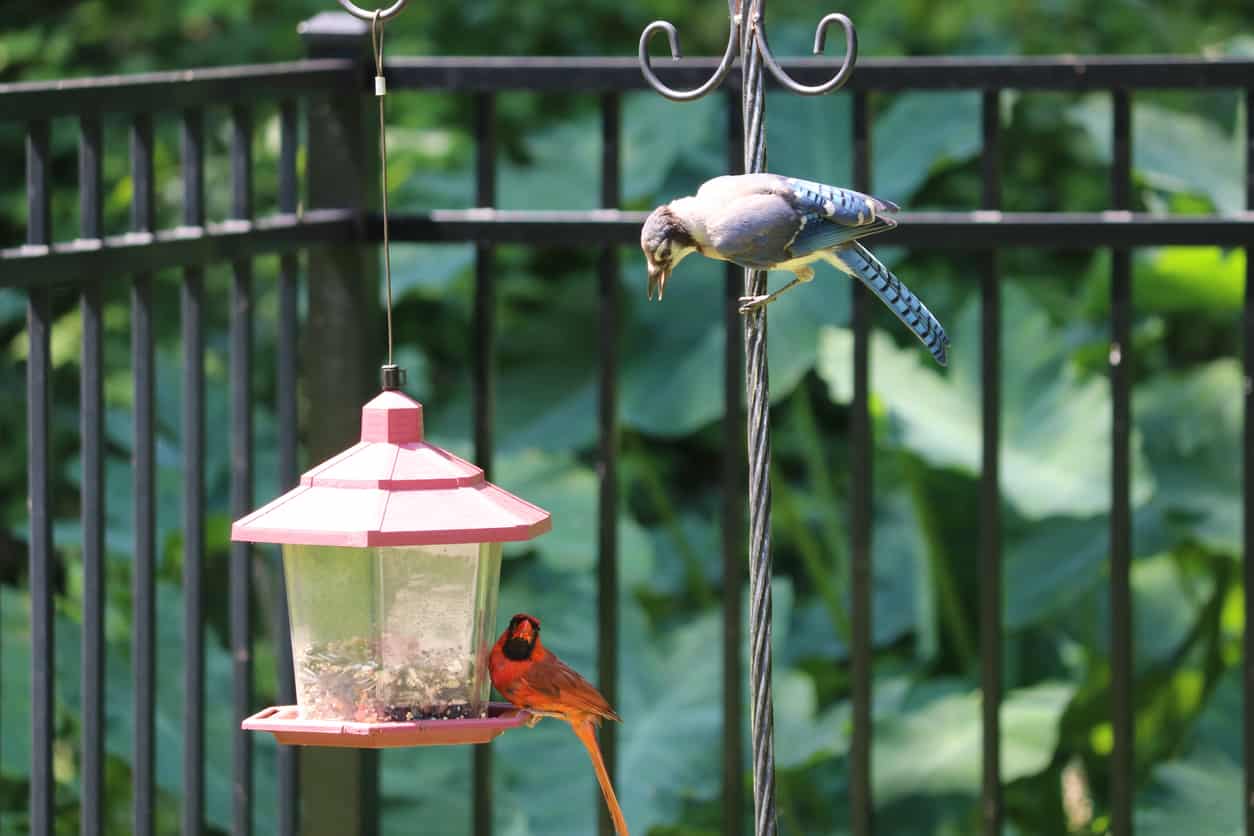 They are often seen bullying other birds who are smaller than them. This is a weird behavior of Blue Jays since birds are often considered to be peaceful creatures. They have such weird behavior out of their territorial tribalism.

Blue Jays don’t get along with other birds especially cardinals because of their significant level of intelligence. They usually travel in a huge group and have the potential power to manipulate situation as per their own benefit.

They are often seen bullying other birds by using their number to their advantage or by using their aggression. They can bully and scare the cardinals away from their food sources. Although birds are considered to be peaceful in nature but Blue Jays are highly aggressive.

This aggression is normally used by several animals in order to survive.

Blue Jays are omnivorous in nature as they can eat frogs, young mice, insects, nuts, seeds, acorns, and fruits. Cardinals are very cautious about danger. Then have a very strong instinct and they can easily sense danger. Cardinals are very alarmed by nature. Even if they see their own shadow, they tend to get scared and attack them. They usually attack with the help of their beaks. Although they are territorial in nature but they don’t like to indulge in any fights unnecessarily.

Blue Jays are blue in colour and has white to grey chest and belly. With greyish blue colour on its head’s crest, it has also got a black, u-shaped collar around its lower neck and border behind the crest. Additionally, its wings and tail have black and white bars, and its talons are black.

They are seen moving in pairs during the mating season and during winters they are often found in groups of twelve. Cardinals are bright red in colours has got a black mask covering its face and a crest on their head. It has also got a bill in shape of a cone. Females usually have a faded red with olive or brown colour on her tail and wings. Also, the masks of the females are lighter than the males. They feed on fruits, insects, seeds and grains.

Blue Jays might be a bully in nature but they are quite helpful in alarming other birds if they sense danger. They are very intelligent and are quick learner. Cardinals on the other hand are notoriously cautious by nature. They are usually friendly but are capable of aggressive bites.