Are There Snakes That Don’t Bite?

Snake Species like California King, Rosy Boas, Ball Pythons, and Corn Snakes are nonvenomous and not known to bite. These creatures behave gently without showing any unwanted aggression.

Nonvenomous snakes don’t bite you unless provoked. They may bite if you pick them up in the wild because they are defending themselves. Even if small nonvenomous snakes bite accidentally, you don’t need to worry. 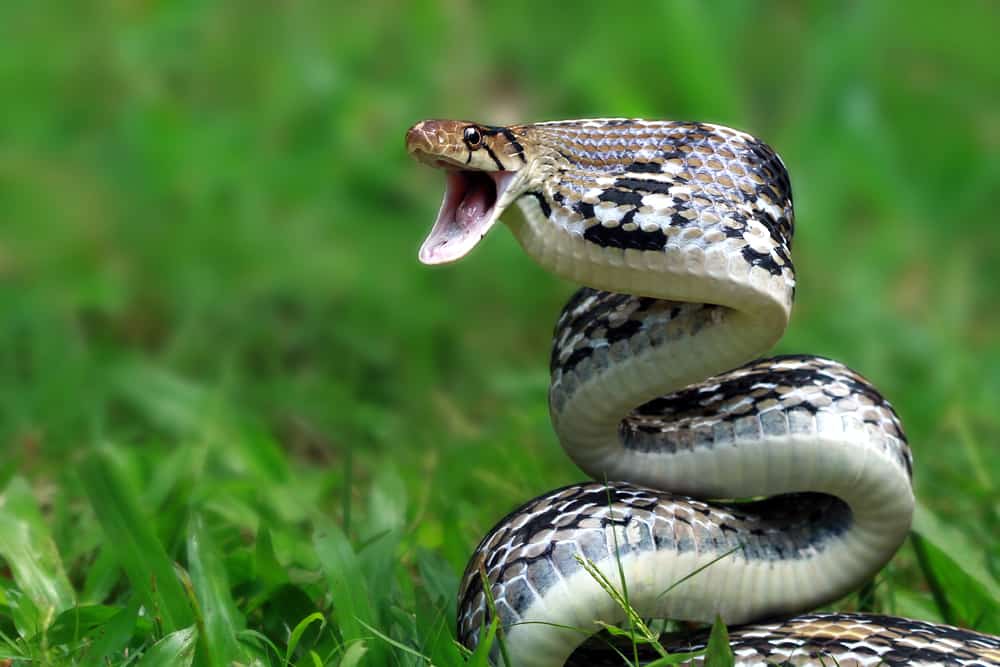 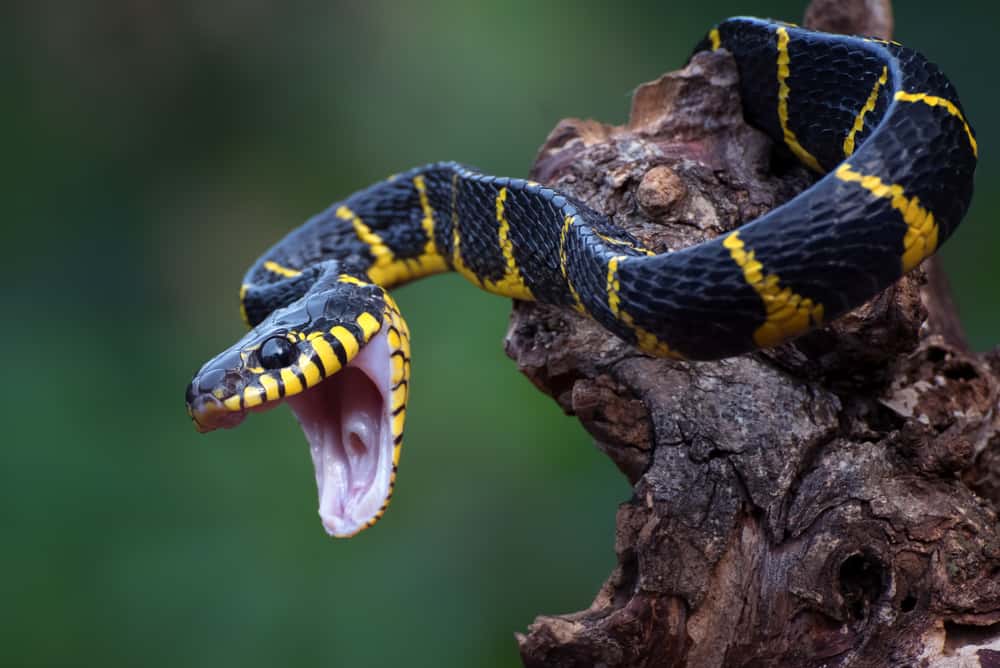 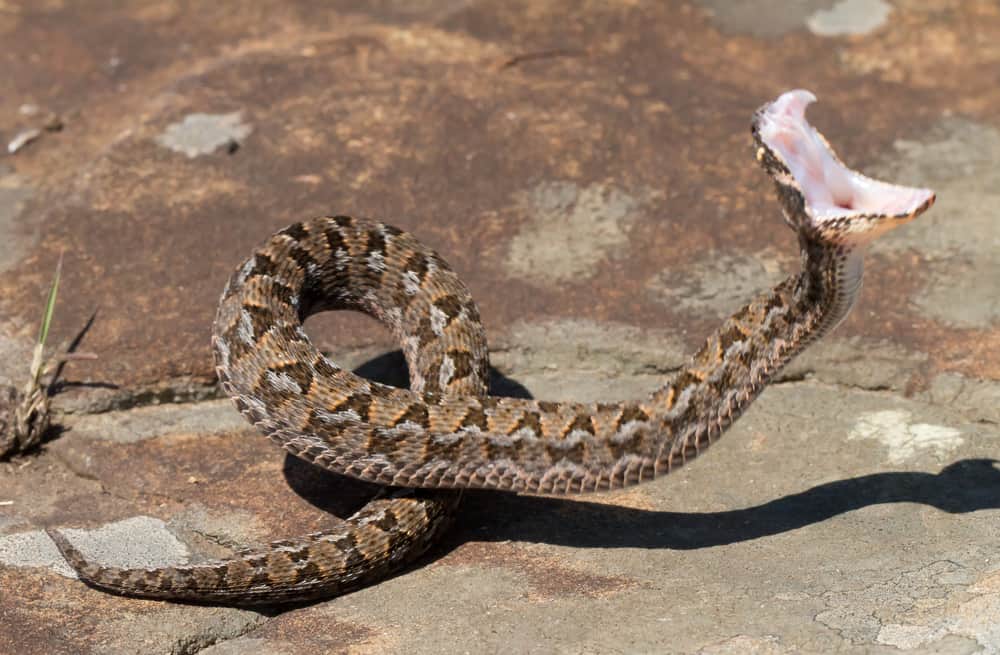 Are There Friendly Snakes?

There are more than 3800 snake species and subspecies available on the planet and around 600 are venomous. Generally speaking, a snake is a harmless being. It turns aggressive and makes efforts to bite when provoked. However, you need to be careful about poisonous snakes. Bites of highly poisonous snakes can lead to serious health issues and even result in death immediately.

Some snakes don’t get along well with humans. They don’t like any human handling. A few examples are Black Mamba, Barba Amarilla, Cobra, King Cobra, Boomslang, Viper, Banded Krait, and Inland Taipan. These are dangerous snakes with a high amount of poison.

You can come across human-friendly snakes as well. These creatures are not very aggressive and do not harm human beings. Some of the human-friendly snakes include File Snake, Egg Eater, Brown Water Snake, Blind Snake, Thread Snake, and Slug Eater. These snakes don’t make any effort to bite you even when you hold them in your hands. 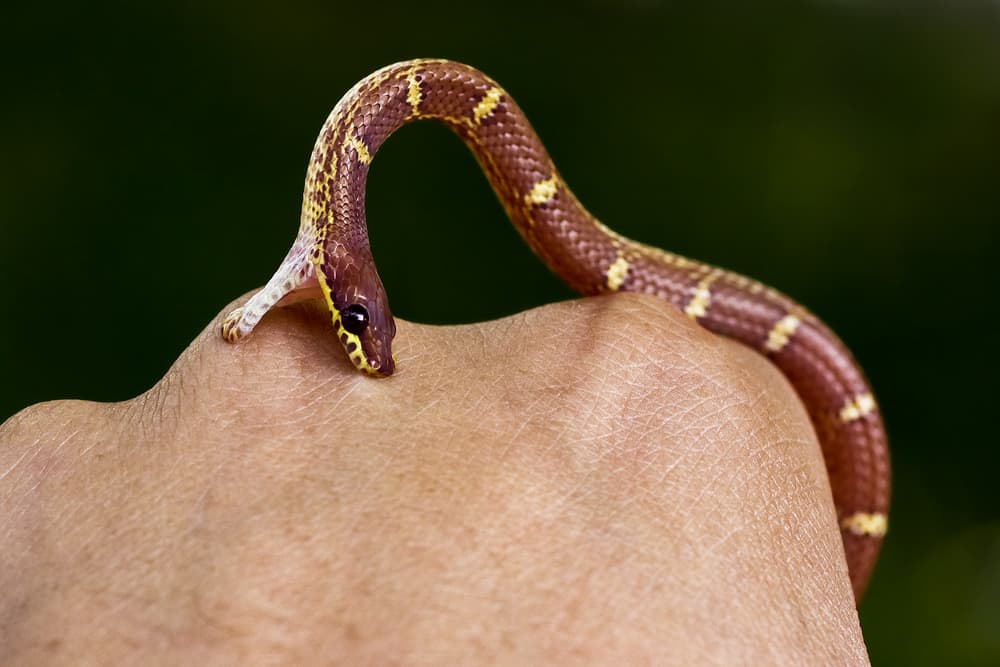 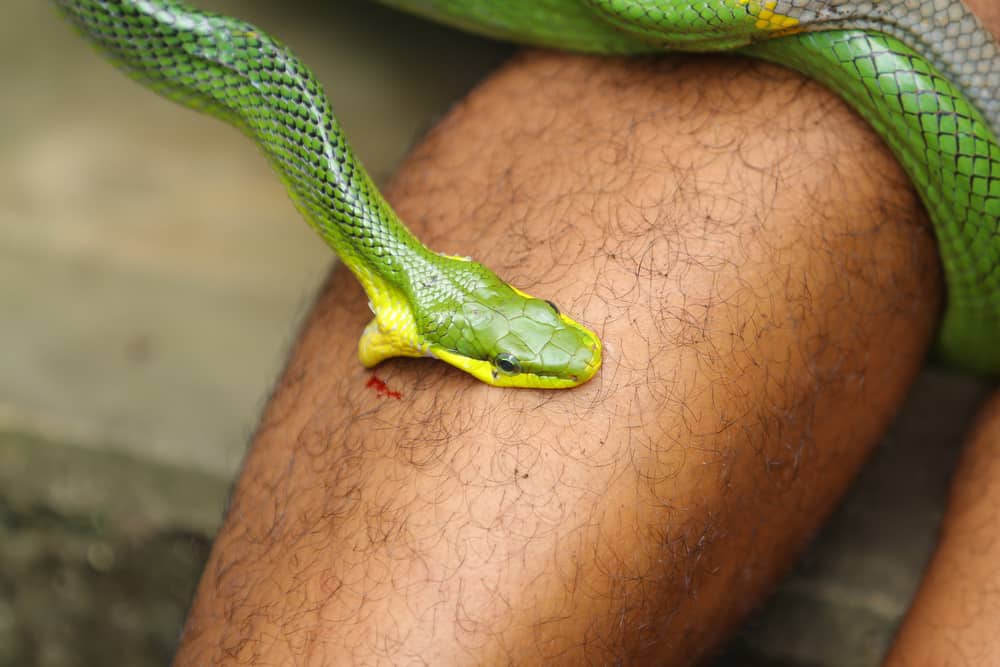 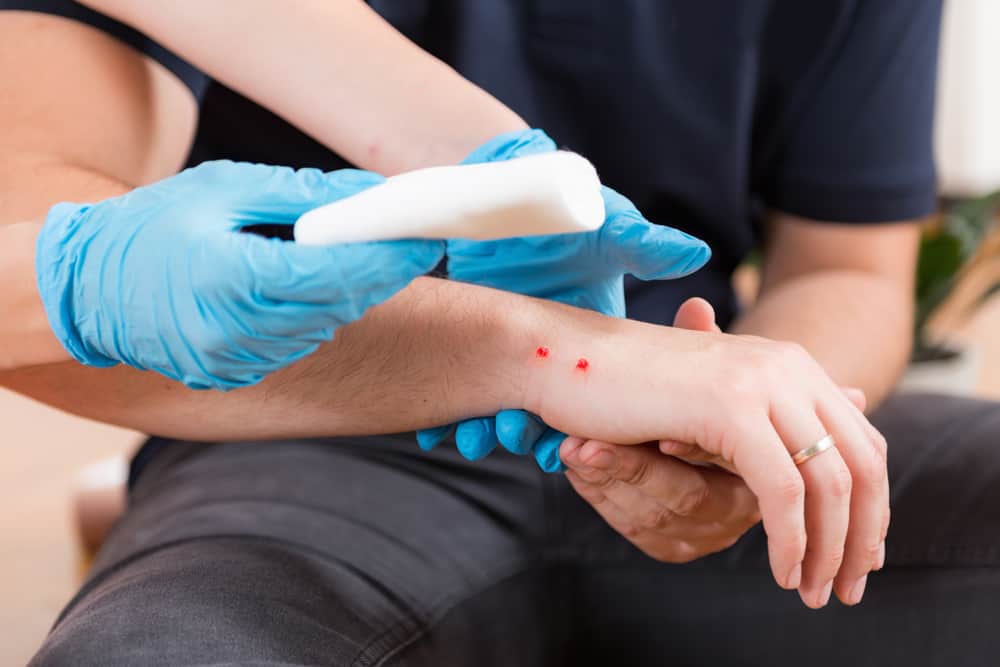 The fangs of most snakes are located at the front of their mouths. You can even find snakes with 200 teeth running along the jaws. Most of the snakes have several rows of teeth. Gums cover the teeth of these reptiles. The number of teeth, number of rows, and teeth arrangement vary with different species.

You can find snakes that don’t have teeth in their mouth. One example is Egg-eating snakes. As the name suggests, these types of snakes eat only eggs. Egg-eating snakes belong to the group of colubrid snakes. These snakes don’t have fangs or teeth in their mouth. On the other hand, these reptiles have small bone spurs along the spine. They use these tiny projections to break the eggs after swallowing them. 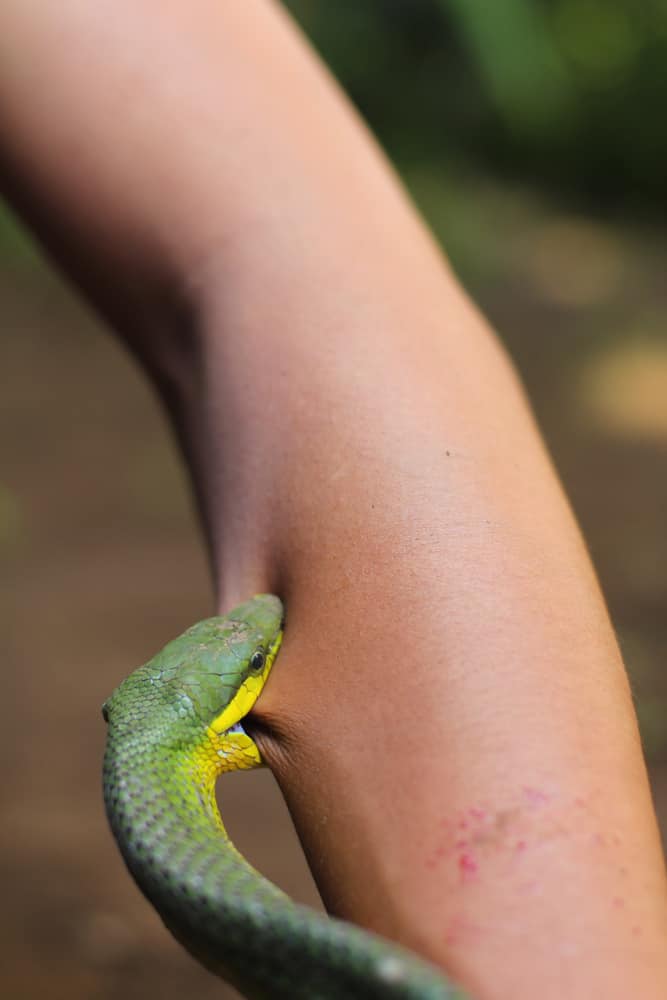 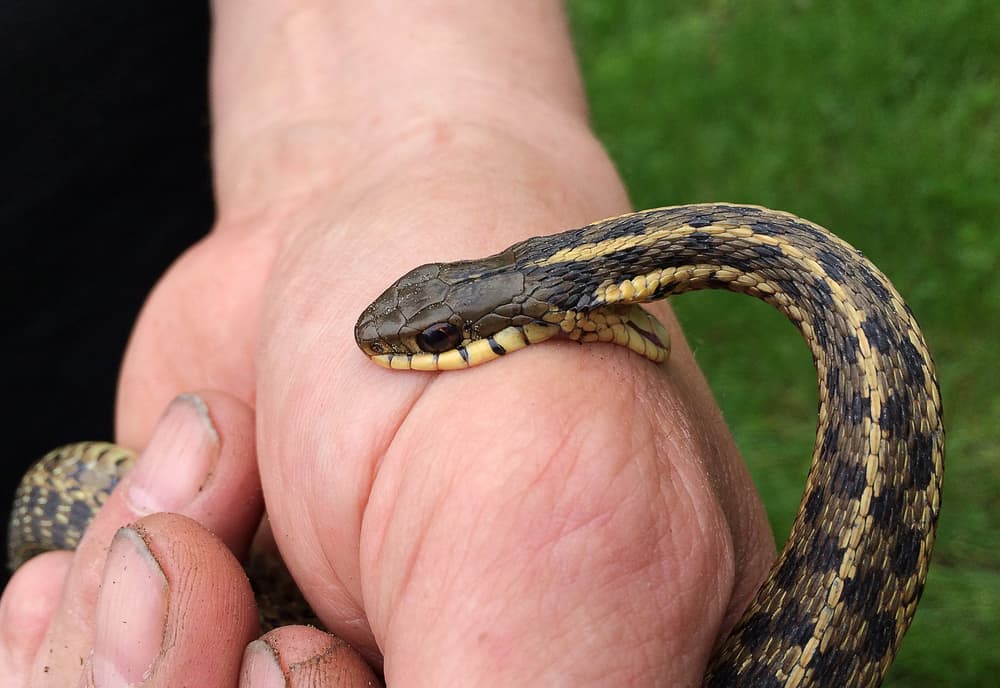 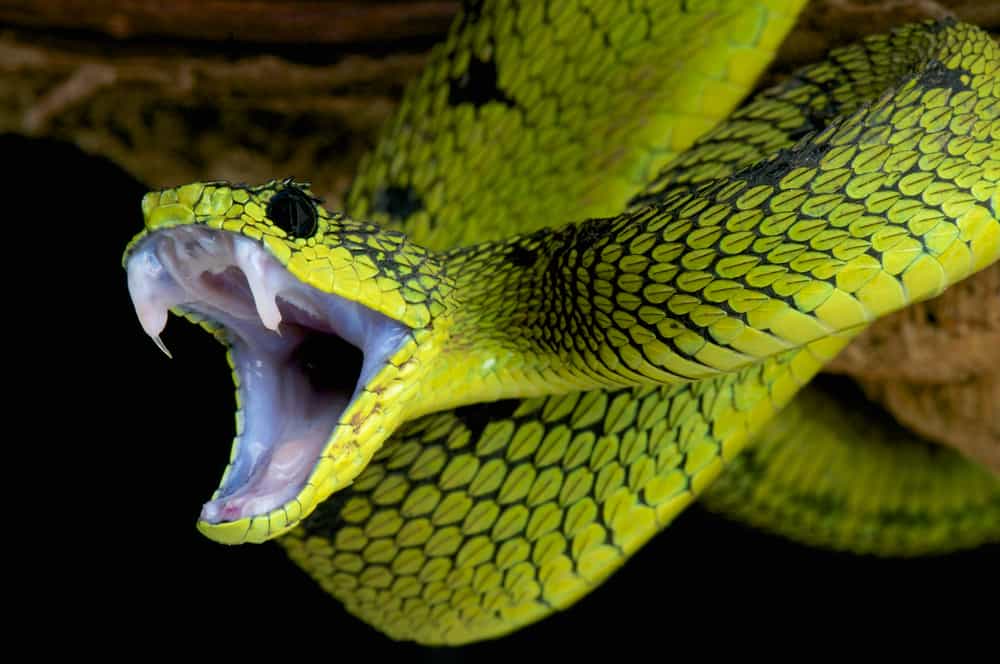 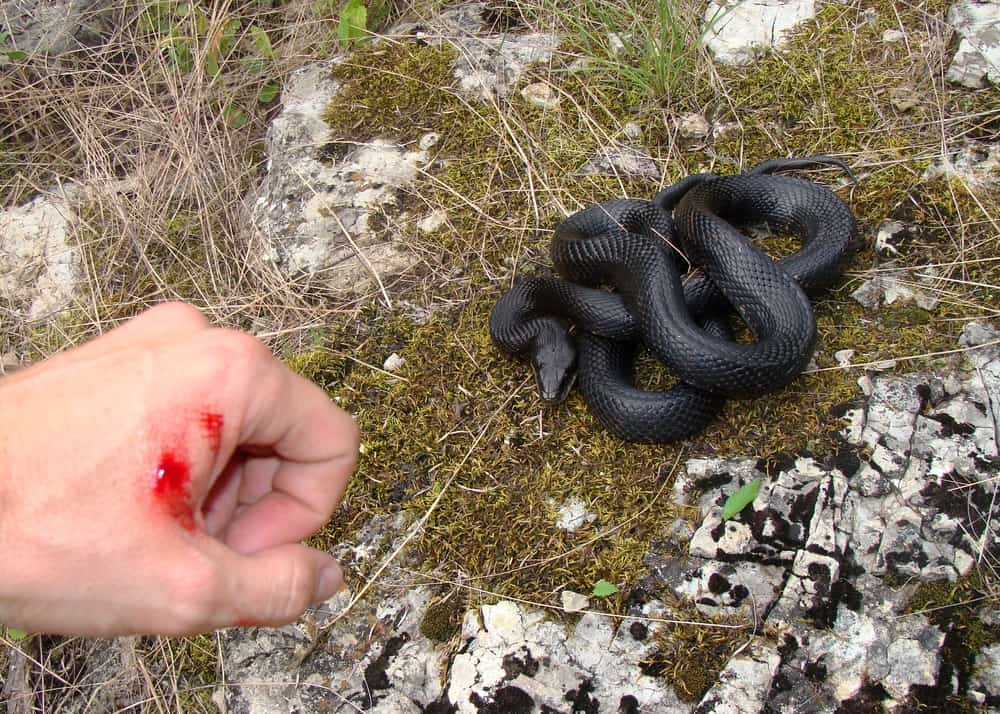 You should not ignore the bites of all nonvenomous snakes, especially large ones. Python is an example. It shows aggressive behavior when provoked or threatened. Bites from large non-venomous snakes can be highly damaging. Boas and pythons can cause serious lacerations that demand immediate medical attention.

Snakes are usually afraid of humans and make efforts to avoid us. They often try to get away without causing any issues. When you make them feel irritated, they will get provoked. Non-venomous snake bites are immediate reactions of the snakes to defend themselves.

Snakes don’t possess the intellectual capacity to respond to human emotions such as love, care, and affection positively. It doesn’t mean that they are cold-blooded creatures that are impossible to impress. Snakes develop an affinity for you if they find you as a non-threatening creature that cares for them.

Many people think that snakes don’t like being held captive. That is exactly why most people are not interested in owning these creatures, even snakes that don’t bite. Snakes connect with people, particularly, who feed them. These reptiles like food and start associating the person who feeds them with the food they get.

Snakes make good pets. You can keep them at your place as long as you serve proper food and shelter. These reptiles need food and a warm as well as a cool place to hide. If you provide them both, they make excellent pets. There is no need to compare your pet snake with a domesticated animal like your pet dog. Lack of emotions should not bother you. Snakes are unique, and you must leave them that way.

Which snakes make the best pets?

Choosing a snake can be a complex task for a beginner. If you are looking for a pet snake, it is always advisable to choose one that is nonvenomous and doesn’t bite. You need to consider three vital aspects, cost, snake temperament, and care plan before making the final decision.

One of the vital things you need to remember is that snakes are simple creatures with limited intellectual capacity. When you choose snakes as pets, you should give them enough space to be in their comfort zone. Keep them warm and cool whenever they need. Serve food properly to keep them happy.

You should never irritate or annoy your snake. Even a simple threat can make snakes aggressive. The key is to respect your snake and maintain a back-and-forth relationship to keep it comfortable and relaxed.

Snakes are one of the most misunderstood creatures on the planet. Most people are afraid of all snake poisonous or not.

However, you can also find numerous snakes that don’t bite.