Mountain lions can be one of the most dangerous animals that you can avoid if you take the right steps. The chance of you meeting one is pretty low, but it can actually be life-threatening if you don’t know what to do.

Typically, lions will not approach a tent at all. In the mind of a lion, there isn’t going to be that much they get out of it. If there is something that smells really nice, the lion might come, but they typically aren’t going to have the tools to open your tent.

All you have to do is try to be as calm as possible and make sure that you don’t attract attention from the lion. Though, they really don’t attack humans at all unless you provoke them.

Whether or not the lions will come to your tent will almost rely entirely on whether or not when you have food for them. Mountain lions will act dramatically differently when they are hungry as opposed to well fed.

You shouldn’t feed them at all if you see them because it will create a system of reliance that will leave you trapped and make you provide for their cubs in some cases. Even if these lions come near your tent, it’s hard to say whether you’ll actually be in any danger at all. 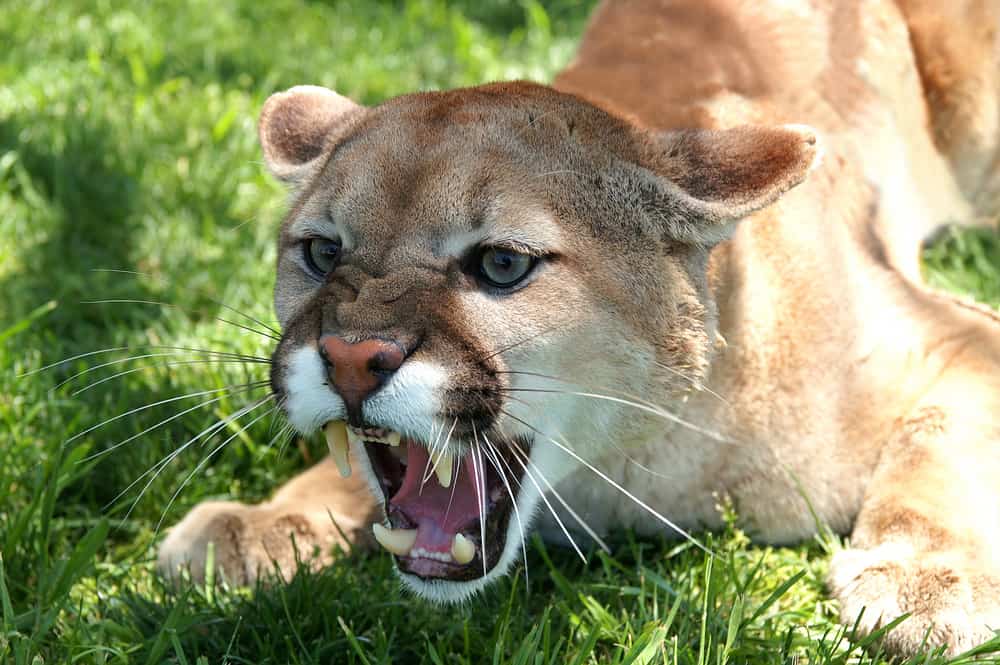 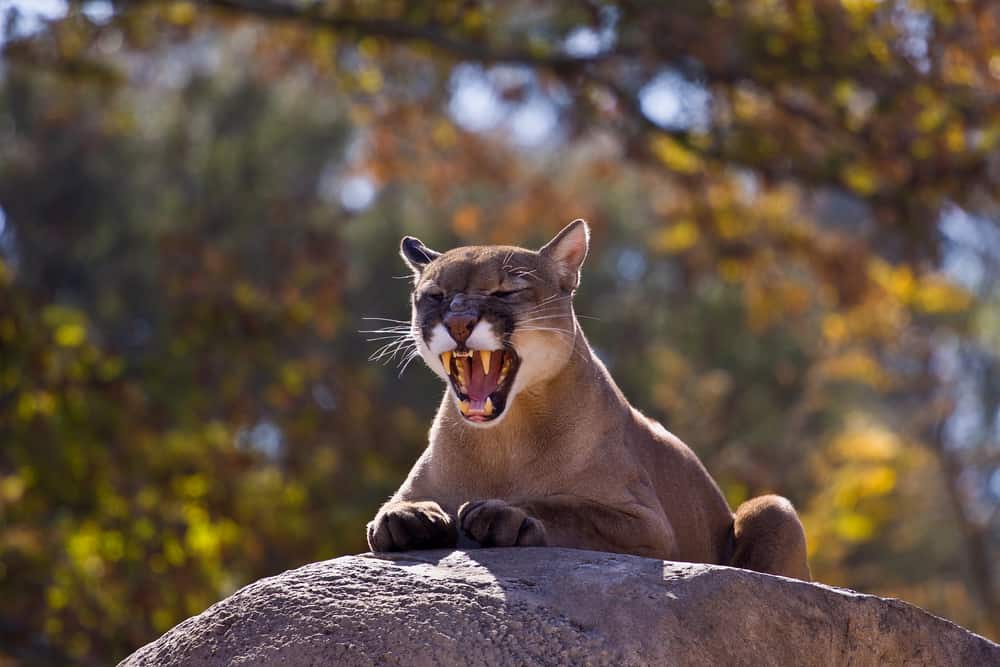 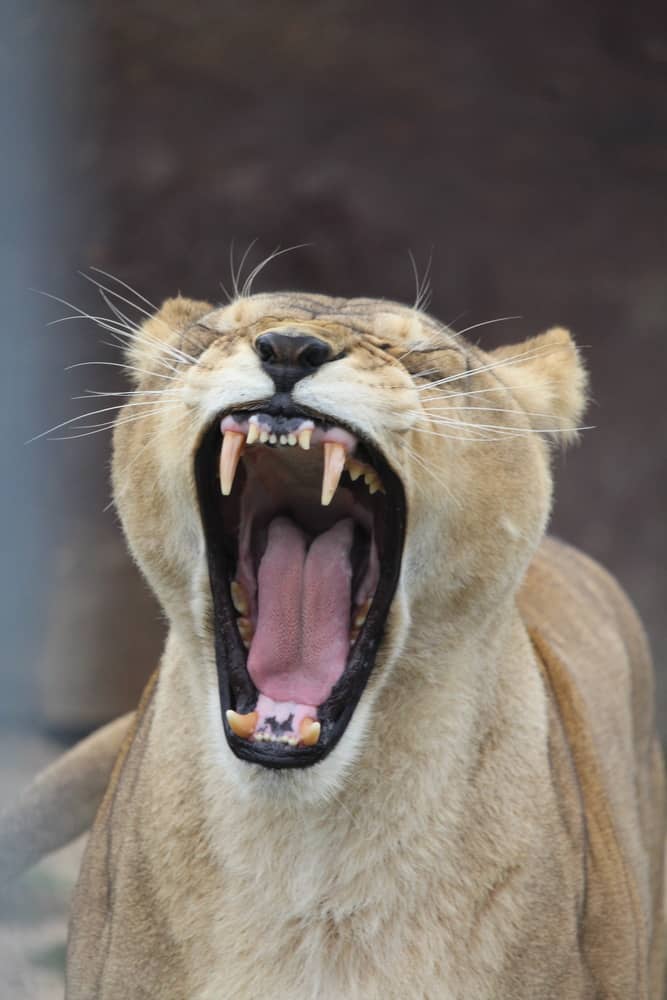 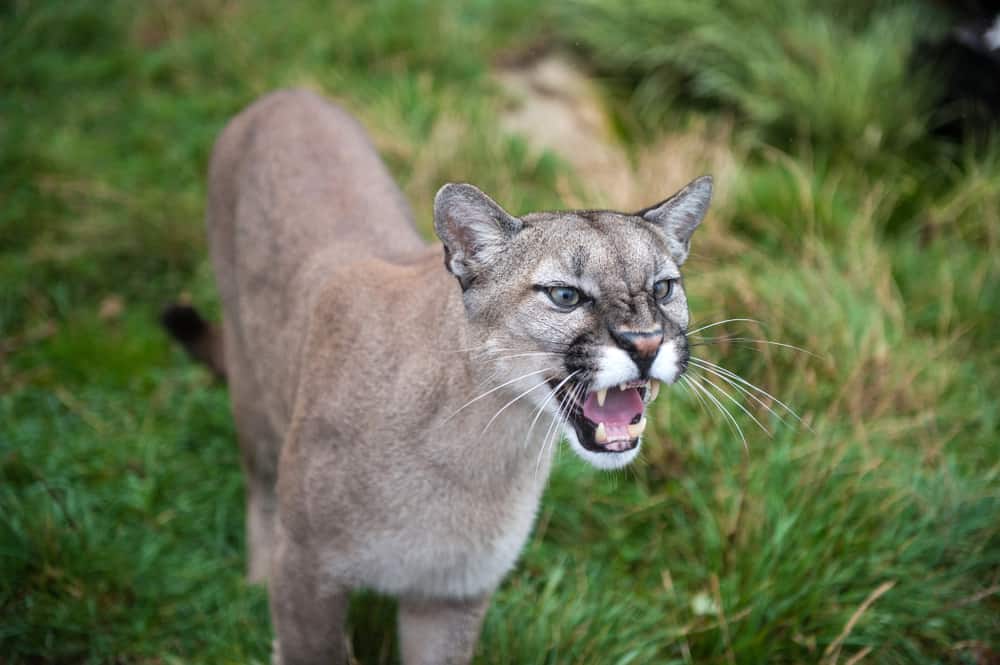 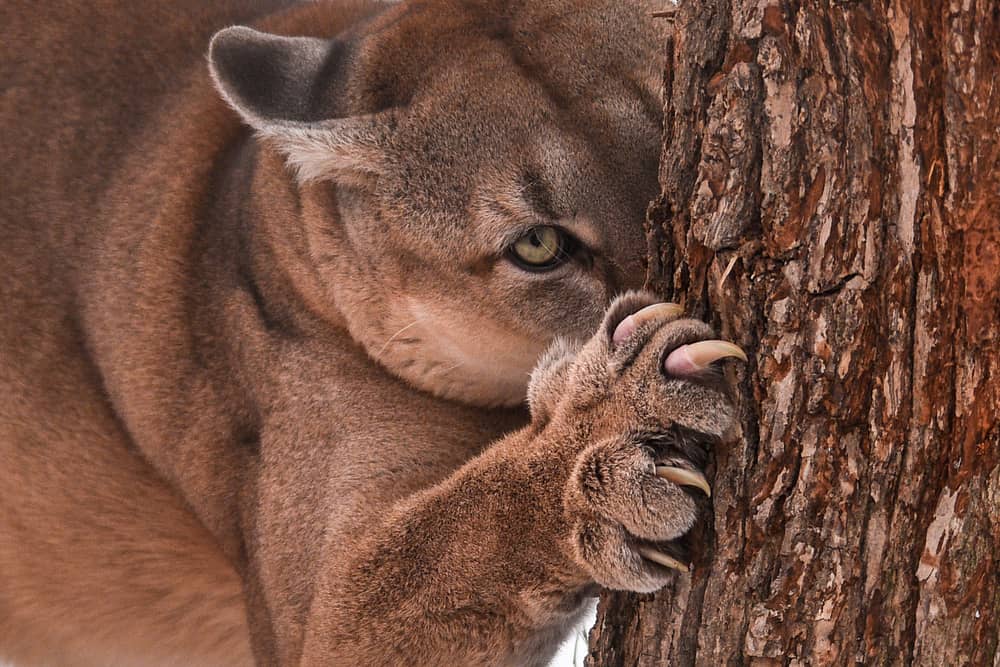 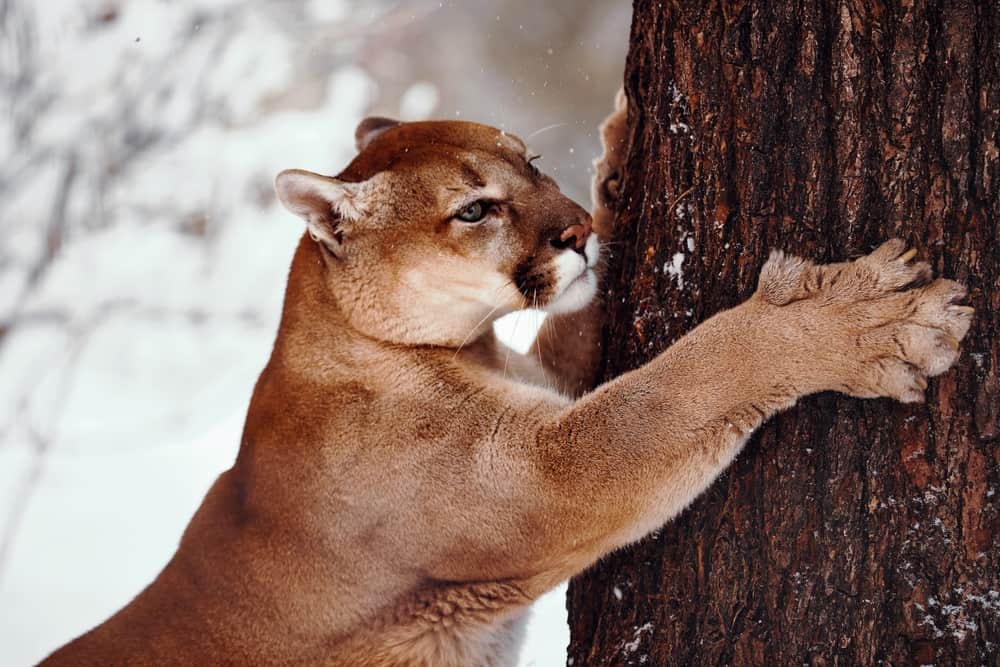 How to keep them away

Typically you can pepper spray the lion if they ever actually put you in danger. The spray will leave them in a state of temporary blindness but nothing about their life will actually be threatened. All they have to do is wash in the water and the lion eyes will be back to normal in a couple of minutes. You also want to set up your campsite away from where mountain lions would go. If you’re in the territory or other pests or animals, chances are the lions are not going to attack you or any or animal in the area.

Water is a great source for keeping the lion away. When you go camping you aren’t going to have access to a high-pressure washing device, but that doesn’t mean there aren’t other sources to choose from. The spray could do a lot of good in making sure the lion doesn’t chase you or harm anyone else.

You can also stay in a tree if you feel as if they are going to attack you. If you climb up a tree, there’s nothing at all the lion can do and you can even throw small rocks to make them leave. It’s the last resort but it’s effective against many animals in the territory.

Do they attack at night?

For the most part, lions really like to attack at night. During the day, lions are basically providing for themselves or just protecting the land that they are going to use over time. Lions see the night as a time to attack and prepare for the next day, so in some cases, they absolutely will attack at night.

The chance of this happening specifically to you is very low, but it’s still a possibility. Attacking at night is also a risk for them since other lions will not travel with them and will become a liability.

Usually, lions will be afraid of humans during the day, but when the nighttime hits, that fear will be lost. Lions are nocturnal like owls and some other animals, which is why they get less afraid. They are intelligent enough to know that the human in the area is largely defenseless. Even more of the traditional defenses that humans are known for go down a lot in terms of effectiveness. For example. it’s a lot more difficult to aim down the sights of a rifle if the human can’t see what’s threatening them or have the context of how far their threat is.

Do they bite humans

Lions will absolutely bite a human to protect themselves or their cubs. Biting is something that they almost never do out of nowhere, but the consequences can be very serious if you do get bitten. The possibility of getting mauled is very real, and there’s not a whole lot the human can do if they weren’t prepared to neutralize the lion. In many cases, there will be signs or guides to tell you what to do if you see a lion on a trip. It’s a scary situation to be in, and it’s best to take every precaution you can think of to avoid this.

Typically, if you do get bitten, there are going to be some long-term consequences for whatever body part was bitten. In the worst-case scenario, that could potentially mean that your body part gets amputated and you have to use a prosthetic for the rest of your life. Something that’s a bit more realistic is that you have some deep wounds on your arm. It’s definitely going to feel numb for the next couple of days. But it should be fine if you use rubbing alcohol and deep bandages while applying pressure on the wound.

What to do if see one

Typically, if you do see a lion, you should retreat slowly and keep your distance. Contrary to what some may think, it’s not like lions just jump on prey out of nowhere. During the daytime, the lion will be very afraid of the lion and won’t even give you that much attention if they think you’re a threat. You should alert anyone else that’s in the area if you see them. Sudden or quick movements will make you look like prey and the lion may approach you. Lions like to be slow and keep their distance, so just make sure that you don’t aggravate them and you should be safe.

what to do if stalking you

As afraid as you may be, one of the few viable options you have is appearing threatening to the lion that’s threatening to you. If you are running, you should stop running and try to intimidate the lion. This can mean stretching your body in a beast-like stance to appear as threatening as possible. You also want to make some threatening sounds to scare the lion off as much as possible. If this is in the day, the lion is essentially guaranteed to leave you alone since they’ll see you as a legitimate threat.

Tracks, size, what they eat

According to wilderness college, a mountain lion’s tracks can range from 2.75 to 3.75 inches in diameter. This is somewhat big when comparing the size to human feet, however, obviously, there are humans with much bigger feet than lions in the wild. When it comes to the weight of a mountain lion, it can weigh around 420 lbs as an adult. However, with the female mountain lion, they can weigh a lot less at the size of 280 lbs.

For the most part, mountain lions are almost completely carnivorous. There are some instances where they will eat vegetation, however, their day-to-day diet will consist of eating other animals. Like other cats, they can eat those meats completely raw since their glands are able to digest them without making them sick at all. Some of what they eat are mice, squirrels, rabbits, deer, birds, and a lot more. For the most part, if it can move, a mountain lion will more than likely eat it.

do they eat dogs

The truth is that some lions eat dogs, around 52%. However, if they do decide to eat a dog that’s a very rare occurrence and only happens when the lion is very hungry. This could be a threat if you decide to take your dog with you.

Sometimes, the dog will realize it’s outmatched and run away, however, if the dog is of a big size, it will try to compete against the lion. However, if you and your dog find yourself in an altercation with a lion, it’s best to retreat as fast as possible.