Can I use a Lithium battery for my trolling motor? 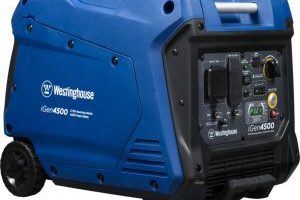 You can use a lithium battery for trolling motor. They last longer but do cost more than deep cycle battery.

You might have often heard and used up a deep cycle 12-volt marine battery for your trolling motor but the other option for the longest run time and lifespan of your motor is the lithium battery.

You can also use a lithium battery for the betterment of your trolling motor. This can really enhance your experience with your trolling motor with an amazing backup. They have many advantageous features over conventional wet lead-acid, AGM, and the sealed gel marine deep cycle batteries. And the most considerable thing is its long-lasting power, that is just amazing.

Although holding their 50% of capacity as soon as the trolling motor is concerned, they are off. Additionally when these conventional batteries are drained to 50% then it can never come back to its full capacity.

Whereas talking about lithium batteries, they do not lose voltage as they are drawn down and also can be drained to nearly 100 percent before the voltage drops. This is how it assists to keep the motor at its full strength all the time. The more interesting fact about the lithium battery is that it differs no harm although it is fully discharged and also can gain the same strength again.

It can also be recharged around five or more times than other deep cycle batteries. Lithium batteries are also the most lightweight since they weigh half than a conventional deep cycle marine battery and get charged in just half the time.

Only the drawback with lithium batteries is the high cost or say it’s expensive in nature. If you want to buy a perfect fit for your motor then you have to pay around $1000 to $1200 for each that means to power your 46-volt trolling motor you might have to pay almost $3600. Now there are several companies in the market providing the best lithium deep cycle marine batteries in the low prices even.

There are several marine lithium batteries in the market with their own major importance as well as characteristics. Lithium batteries maximize the potential up to 100% that simply means that you can use your fill battery capacity to power your vessel.

Like LPB marine lithium batteries is the one that comes with a proper battery management system to prevent overcharging and other power malfunctions. It is also one of the safest batteries available. The lithium batteries are 70% lighter than the standard AGM and the lead-acid battery.

The lightweight helps in the increased overall speed on water, improved acceleration, and more efficient fuel consumption. These are the reasons why they are considered the best than other conventional marine batteries. So, paying for such valuable products does not seem to be so expensive. The features are totally worth it and even reliable for any kind of trolling motors.

Thus, you can probably use the lithium battery in your trolling motors since it has a lot of advantages over the other conventional deep cycle batteries and even if you look at the features of the lithium batteries then the cost is not as high. It is considerable for its amazing features which are surely worth it. It has all the features which are highly required by the professionals and other boat lovers.

It will provide you gull power with less charging time, low maintenance required, lightweight, more efficient, suitable for all motor types, etc. So, you must once try this new version.

You need a separate battery for trolling motor. It is always better to be safe than sorry, as this is a bonafide method of making sure of the fact that your battery does not die down at any point, leaving you stranded and in trouble.

It is ok to leave a lithium-ion battery on the charger because most have built in regulators aka smart chargers. It is better for the battery to remove it from charger once fully charged to make it last longer.

If you are sure to follow certain steps you will have no issue charging it successfully without overheating it. If you make use of the CC/CV profile that employs consistent current and voltage and be careful to set the maximum voltage at the right amount, and the current does not exceed a certain level, it is okay to leave it to charge.

However, it is preferable that you do not charge it to its maximum capacity. This is because it is possible that in case there is a high voltage, it could stress the battery that is not desirable in the least. One thing to note though is that lithium-ion batteries do tend to have safeguards affixed to them.

They try to make sure that the battery does not explode if it is left to charge even after it has achieved its maximum capacity. Either way, it is better to be safe rather than sorry and simply regulate the voltage provided and pull it out before it is fully charged.

Charging up their electronic devices can be a bit of an annoying task for most people. They have to let go of the devices that they were making use of for a couple of hours and allow it to get juiced up all over again.

Surely that sort of a hindrance would irritate just about anybody. However, you need to set that frustration aside for a while and make sure that you have the perfect charger for them.

This is important because not only can you expect it to get over soon, but they will also make sure of the fact that your device does not overheat excessively and explode. This very same thing should also be kept in mind when using a lithium-ion battery.

What Is A Lithium-Ion Battery:

Lithium-ion batteries are also commonly known as Li-ion batteries and their noticeable trait is that they are rechargeable. This ensures that they can continue to power up the devices for however long it is required.

What Is A Lithium-Ion Battery Used For:

On a smaller scale, it is used to charge electronic devices that are portable as well as electric vehicles that are used on a consistent basis. However, that is not where their usefulness ends as they are also made use of on a much larger scale that heightens its significance.

Now in an increasingly growing fashion, it is also being used to serve military purposes and aerospace applications. Due to its inherent importance research is also being conducted to find new means to increase its efficiency.

There is a hope to add to its energy density, the duration during which it sustains itself, the speed of charging along with lowering costs, and a greater level of safety.

The first thing to be aware of is that not all chargers are the same and so they will not result in the same level of output. Some are entirely focused at and only serve the purpose of charging lithium-ion batteries while others have multiple purposes and so it is best to use those with a significant amount of care.

There are plenty of batteries that are known to be lead-based and the complexities to ensure their power is at the peak ensure that it has a lot of hassles for the owner. Lithium-ion batteries on the other hand do not suffer through the same issue.

Their algorithms are not quite as complicated and so they require a consistent provision of current or voltage that is much simpler compared to the former. This simplicity ensures that you should generally not have much of a problem ensuring safety as long as the correct extent of voltage is provided to it.

Due to the multiple purposes of lithium-ion batteries, it is inevitable that you would want it to be fully charged and available to be used at all times. Despite that try not to leave it to charge to the full extent simply to prevent any issues that may arise.

A Lithium-Ion battery will last about 400 cycles or about 3 years.

Acquiring some basic information about batteries before putting them to use is always advisable, as they happen to be less sturdy than you might think.

Lithium-ion batteries are none too different, as great care has to be taken to make sure that an excess charge is not provided to them.

That can have rather disastrous effects in the worst possible cases, even causing damage so severe that it may be impossible to reverse it somehow. Before getting into all such details however you should have some basic knowledge about what exactly a Lithium-ion battery is and how it is meant to function.

What Are Lithium-Ion Batteries:

Lithium-ion batteries are used for increasingly multiple purposes as more and more applications have been found for it due to an increasing level of advancement. Some of these commonly known uses happen to be being used for portable electric devices as well as vehicles such as cars.

These are the more common applications that are made use of on a rather consistent basis. However, that is not always the case. Often people, who own boats so that they may have occasional fishing trips or simply enjoy drifting on a lake, make use of these batteries as well.

One of the most noticeable aspects of those boats happens to be trolling motors. These motors are utilized for gaining maximum control so that they are able to point their boat in any direction they like without worrying much about the external aspects such as wind and water currents. This makes them highly useful and the need to keep them well charged and completely functional mainly relies on these lithium-ion batteries.

How Long Do Lithium-Ion Batteries Last:

There are specific rules that one must follow in order to ensure that lithium-ion batteries are maintained properly and taken care of in the required manner. You should be well aware of them to know just how to handle them so that they last longer than they otherwise might. If they start to smell then you to trash them.

These batteries are typically known to last for an average of two to three years though you may start noticing some issues after one year itself. This means you can get about 300 to 500 cycles of usage out of them. As all products start to deteriorate after undergoing a long process, so do lithium-ion batteries. After a certain time period, its extent of powering the trolling motor will start to decrease irreversibly.

Though some research is being done into finding a way to extend its lifetime, so far there have not been a whole of solutions that could be implemented to make that work. Despite that careful handling and some tips might help prolong it. It is certainly worth a shot for sure.

How Should Lithium-Ion Batteries Be Taken Care Of:

It is always highly unadvisable to leave the batteries for a long period of time without making any use of them. If you wish to start up your boat after 6 months, it is best that you first finish an entire check on the charge status. If it is fine, you may continue to use it or otherwise simply discard it and acquire a new one.

Storage options also matter greatly and should be considered without a doubt. This primarily includes storing it separately from the product that it is used for when it is not in use. The temperature also plays a great role here and the ideal temperature at which to keep it is between 5 degrees to 20 degrees. The battery should be charged to a minimum of 50% at least once every six months.

A 12 volt battery will last about 6 hours if running a trolling motor. It will go another 1-2 hours if you are using low power.