Watch Out for Dangerous Wild Hogs While Camping (11 facts) 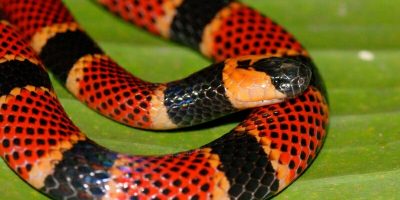 The invasive species of wild hogs are known by many names: feral hogs, wild pigs, boards, and razorbacks. No matter what you call them, they have become a matter of trouble for the residents in the United States. These annoying creatures keep on destroying crops and lands. Also, they threaten wildlife with their huge reproduction abilities.

If you are camping then watch out for wild hogs especially in Texas. If you see one stay away. They rarely attack unless threatened. To escape climb a tree or rock.

Wild hogs are domesticated over several decades to create today’s familiar domestic pig. They are a more fearsome animal with powerful body shape; moreover, they snort loudly. It is observed that they rarely attack human beings unless they feel threatened. The more common chances of attacks are when the female boar is trying to protect her piglets. Although wild boars are farmed in several countries, they use to escape the area so often. These creatures are known for doing lots of damage to other animals and habitat as well.

Wild hogs are typical domestic pigs that have small eyes, blunt snout, and large ears. These creatures can be identified from their long legs, and they are generally more powerful as compared to the domestic pigs. Many of these also have a small hump on their shoulder.

Wild boars wear a coarse coat of short yet thick hairs. Some species also have an erect mane that can extend over the entire body. You can visualize them with brown color in most cases; very few of them are black and rusty red as well. Depending upon the type of species, the females and males both can have tusks.

Wild hogs are very opportunistic creatures; normally, they prefer to eat insects, grubs, tubers, and roots; but in some cases, they can also attack eggs and other small animals. They are also known for feeing on lambs, calves and baby goats.

Watch out for wild creatures.

How much damage can wild hogs cause?

As per a recent study, the wild hogs are known to cause estimated damage of $52 million dollars within taxes every year. It is observed that hogs have a very good sense of smell, which helps them to track tasty treats with ease. As soon as they identify a favorable smell in the surrounding area, they reach there and start digging holes. This is the main reason why farmers find them more annoying as they end up creating holes in the entire field. Sometimes, they make it impossible to grow crops in the field and create a very hazardous environment for farm animals and equipment as well.

Wild hogs are very invasive species as they can pose serious harm to the native animals and plants as well. They do not just compete with other animals to get food; they even destroy habitats of competitors. You may often find them eating young species such as sea turtles. Some of you may say that these destructive habits of wild hogs may be common in the rural areas or farmlands, but they are also seen in the parks and near communities. The suburban developments are also their common target along with gardens and lawns around residential areas.

One more trouble caused by these large creatures is their love for mud. They are crazy about rolling in the dirty water as it gives them a cool coating to regulate body temperatures. This mud coating also helps them to stay protected from insect bites. But in order to do so, they often destroy farmlands. Wild hogs keep on visiting ponds, creeks, and streams more often to and they end up ruining these water sources. Many studies report the transmission of parasites and diseases due to such ruined water.

There are dozens of parasites that can be spread by wild hogs. The list can include mouth disease, foot problems, and swine brucellosis. Other than this, they are the main cause behind producing intestinal worms, and bubonic plague.

As wild hogs are powerful animals, they can go to any extent to save their piglets. These creatures are very quick and can cause serious damage to pets and humans while protecting their own babies. If you encounter a wild hog in the wild, it is better to maintain a distance to avoid the attack. In case of danger, you can climb up on the tree or large rock.

In case if you observe wild hogs moving around your fields, it is better to take help from professionals to get rid of these creatures. In many states, it is legal to hunt wild hogs to keep their population under control. As hogs are intelligent, adaptable, and quick animals, it often gets difficult to eradicate them. Only some trusted tips and experts can help you to get rid of these annoying animals from your farmlands and garden. Few other options include chemical repellents and trapping. One can also think of installing fences around to avoid their entry into the farmlands.