What is a Diamondback Water Snake and How to Identify(pictures)

Diamondback water snake is commonly known as Nerodia rhombifer. It is nonvenomous species belong to Natricine colubrid and mainly found in Central parts of the United States and northern Mexico.

They are usually brown with a net-like pattern along the back which looks like a diamond. The underside is usually yellow or brown and look like a copperhead.

Diamondback water snakes are predominantly found in the Central parts of America along the Mississippi River. They found in other states of America as well which includes Illinois, Missouri, Arkansas, Louisiana, Texas, Kansas, Iowa, Indiana, Georgia, Tennessee, and Alabama. They also found in northern Mexico which includes the states of Veracruz, Nuevo, Tamaulipas, Leon, and Coahuila. 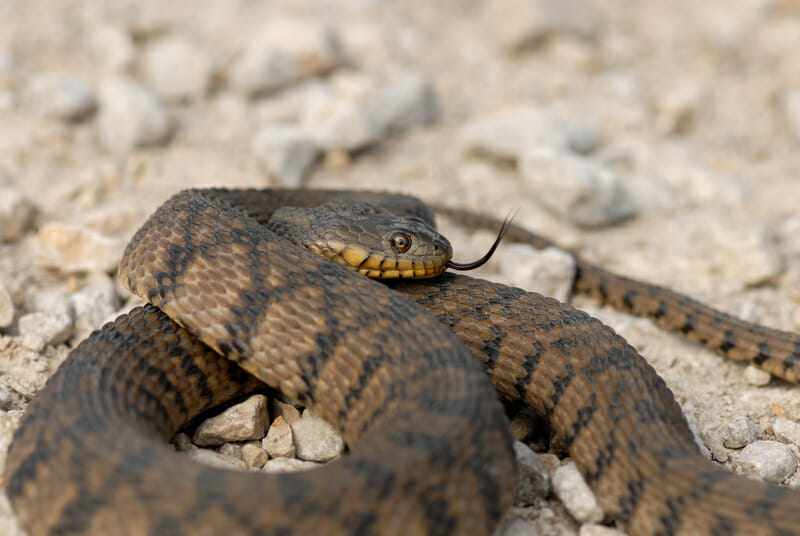 Diamondback water snakes are reclusive creatures that do not like the company of other species. They spend most of their life during hibernation and sometimes share their den with other snakes. They are diurnal hunters which means they are active during the day time and prey. Diamondback water snake hangs on branches of the trees over the water and dips their head in water until they found a fish, frog, or any other prey.

If molested they flatten their head, neck, and the whole body to appear larger. They only try to bite when physically harassed or handled. The bite of the diamondback water snake is really painful due to its sharp teeth which are meant to catch slippery fish. 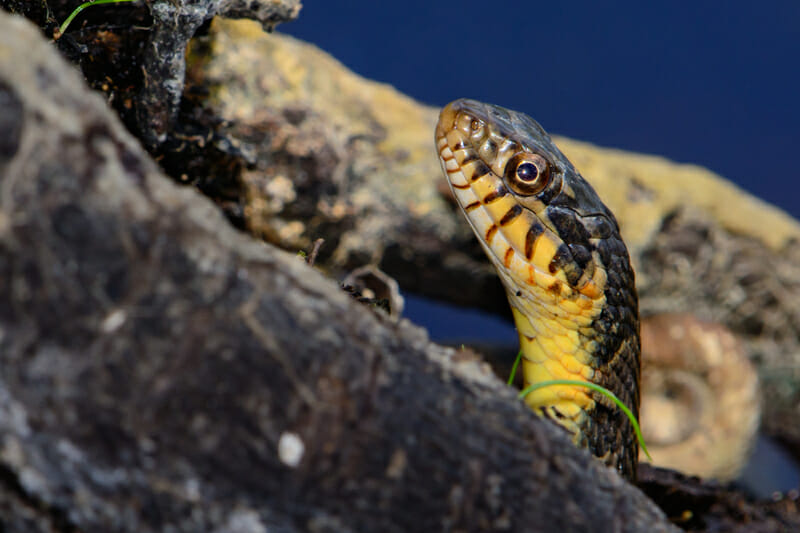 Diamondback water snakes are carnivores. They prey a variety of aquatic species which include fish, crayfish, frogs, minnows, and in some cases, they even hunt the baby turtles. They do not constrict their prey and swallow them alive.

Diamondback water snake is ovoviviparous which means they lay the eggs inside their body until they are ready to hatch. They breed in the spring season and give birth to 13-60 young ones which are known as neonates. Neonates are 20-25 cm in length at the time of birth and usually have some orange coloration on their bellies. They do not receive any care from their parents and can take care of themselves. These baby water snakes grow pretty quickly and able to reproduce at the age of 2. 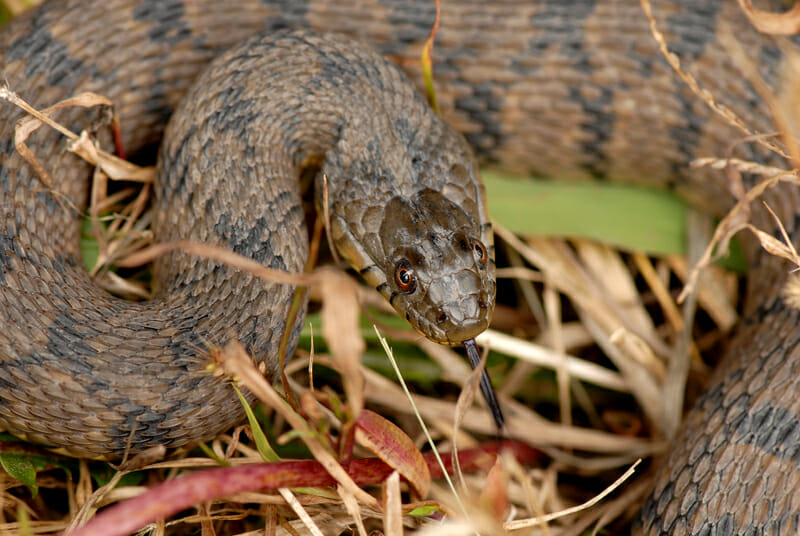 Diamondback water snakes do not face any big threats in terms of extinction. This specie is regarded as least concern (LC) on the IUCN list which says its numbers are stable. But there are some areas where they are suffering due to the destruction and extinction of aquatic species. They are also killed by humans out of fear due to their ignorance of considering them as cottonmouth or rattlesnakes.

Diamondback water snakes and other aquatic snakes are far more in numbers than the venomous snakes, especially in the area occupied by humans.

Due to how common the species is, the diamondback water snakes are usually found in captivity. Although there is an undersize value for it in the market. Captive water snakes usually try to bite but it becomes pretty much docile in captivity with time due to regular handling.

Diamondback water snake eats quite a lot in captivity particularly if they are offer fishes. It may also defecate during handling which has a very unpleasant smell due to the digestion of fishes.

Diamondback water snakes are essential in controlling the aquatic species. They consume the aquatic species like frog, fish, crayfish, toad, minnows, and baby turtles and in return prey for the giant predators. Their defenseless baby snakes are consumed by the frogs, fish, birds, mammals, and other snakes, while the mature water snake becomes the prey for predatory birds and animals.

Diamondback water snake is a nonvenomous and pretty much harmless species especially for humans when it is not disturbed or harassed physically. It is a solitary species and usually tries to avoid contact with other mammals including humans but they are usually burdened with the misconception that paints them to be very dangerous and harmful than they are. It is our myths about the snake which reflects our instinctive fear of them. 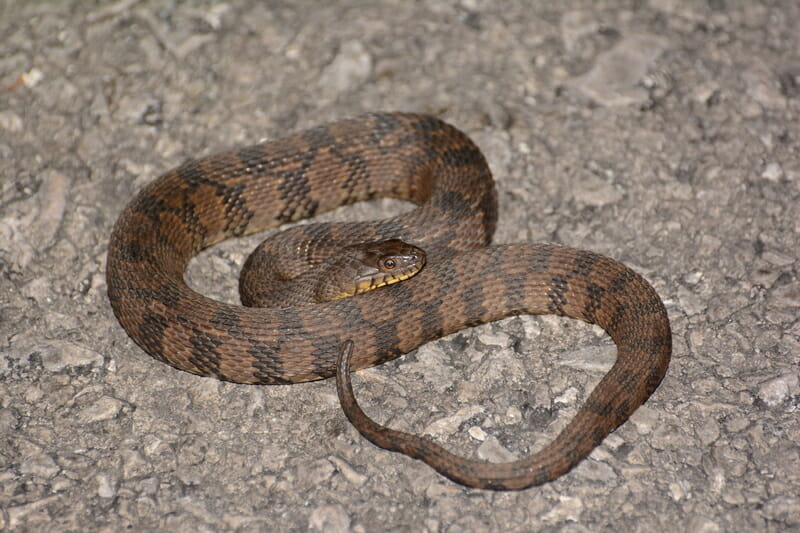