How Much is it to Rent a Pop-up Camper? 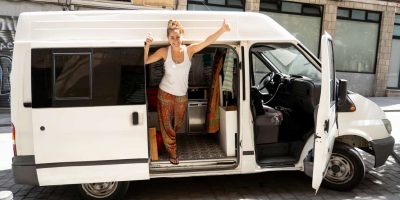 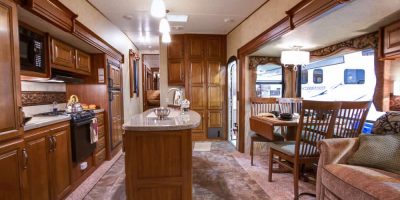 31 Luxurious RV Interiors That You Will Love! [Class A, 5th Wheel] 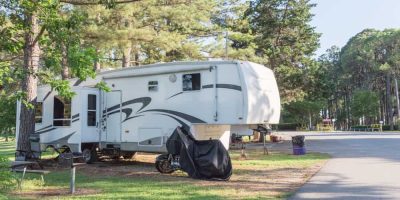 Renting a pop-up camper for a day would cost about $70 per night, vary between $40 and $180. The amount can sway either ways based on the size, season, features, age and the renting company. There are extra costs like RV campsite fees which can be $20-$60 per night.

If you are lucky, you might find a deal where a 12ft pop-up camper for 6 people for as less as $40/night. Furthermore, if you need a bigger one that accommodates 9-10 people, it can get it a 21ft camper for $85/night.

If you are trying to get your hands on a new pop-up camper, you are most likely to shell out something from the window of $10,000-$30,000. As opposed to this, if you get a previously-used tent trailer, you will have to spend only about $1,000.

Having said that, you should know that the $1,000 doesn’t include the maintenance costs and other charges inevitable in the long run. If you are not a regular camper, this deal is, hands down, can prove profitable.

Other than the basic rental expenses, there can be some other costs as well. In the section below, we will break all of them down for you.

Considering the reputation that pop-up campers have had in the market all this while, we believe, taking one on rent for your next camping trip would be way more feasible than buying a new vehicle altogether. If you are looking forward to experiencing the adventures of camping in their true sense, resorting to a pop-up camper would indeed be a wise choice as it is more practical and cost-effective when compared to the other RVs. Before we try to delineate how much would it cost to rent a pop-up camper, let’s explain why you should give the idea of riding in it a thought in the first place.

What is a pop-up camper?

Pop-up trailer, as the name itself suggests, is the one that can pop open to create more space when you are at the camping site, and can be folded its original size when you are heading back. A pop-up camper doesn’t have an engine, which implies that you will have to pull it with a towing vehicle to your campsite. Tent trailers come in different sizes and naturally, the larger ones are meant to accommodate more number of people. However, the problem is, regardless of how big the camper appears from the outside, if you try to house more than four heads inside, the place cam become congested and uncomfortable.

Advantages of renting a pop-up camper

As we have already mentioned before, pop-up campers are, undoubtedly, one of the most cost-effective options for vehicles out there in the market. It is essentially the lightweight construction materials of the vehicle that garners it with the flexibility of opening and closing the canvas sides time and again. This obviously means that if you purchase a tent trailer, it wouldn’t last you that long and thereby, renting it is a wiser recourse.

Needless to say, the smaller size of the pop-up camper makes it maneuverable and easy to control even when drawn by a towing vehicle on busy city streets. Additionally, it is the size of the pop-up camper again that assures it can be parked in minimal spaces and wouldn’t create as much drag as the other RVs when roving off-road or, on steep roads.

Depending on the purpose you will be using the pop-up camper for and the number of people tagging along, you can pick from several options. Trailers that belong to the higher end of the cost spectrum come with distinct amenities such as bathroom, stove, luggage space, sleeping space, refrigerator and more. Evidently, if you want to be out on the road for longer, you must choose a bigger camper but, in case you are planning on being at the campsite for no longer than a day, a smaller version would be enough.

Why are pop-up campers so affordable?

After going through all the information outlined above, you must be wondering what makes them so affordable. One of the most glaring reasons is that it doesn’t have an engine and relies on another vehicle for towing. Other RVs, even the smallest ones have engines and can be driven but, none of the tent trailers do. The next factor that influences the cost of the automobile is its lightweight nature. The lightness and maneuverability can be treated as pros as long as you are not using it for extended years or camping in extreme weather conditions. The thin walls of the camper doesn’t facilitate proper insulation therefore, making it almost impossible to retain the cozy indoor temperatures during summers and winters. The thin walls can also become a point of concern for privacy and security reasons in aress that aren’t very well protected.

Can you take your family in a pop-up camper?

To answer your question in the most simple and straightforward way, we will say yes. Not all pop-up campers are same; in some, around 6-9 people can sleep and in the others, any more than 3 people will make cram up the space. Remember that the camper will have to be folded back when moving on the road, so some of you might have to move into the vehicle due to the lack of space in the trailer.

31 Luxurious RV Interiors That You Will Love! [Class A, 5th Wheel]