How To Test A JetSki Out Of The Water? – Complete Guide

Riding a Jet Ski is certainly a fun activity, but not when you’re on the verge of losing full control. And you can’t fully know whether the Jet Ski will malfunction or not unless you try it out beforehand.

Different Jet Skis react differently when you try them out on land. By following certain steps, you can do just enough to test them out for a few seconds or so. However, it’s not exactly easy to remain fully in control of all the specific parameters. A few wrong moves and you’ll have to deal with an engine overheating.

It’s possible to run a Jet Ski on land provided that you exercise proper caution while riding it. Unfortunately, you won’t get to run it long enough to experience the ride fully. For that, you will ultimately have to take it to the deep blue ocean. 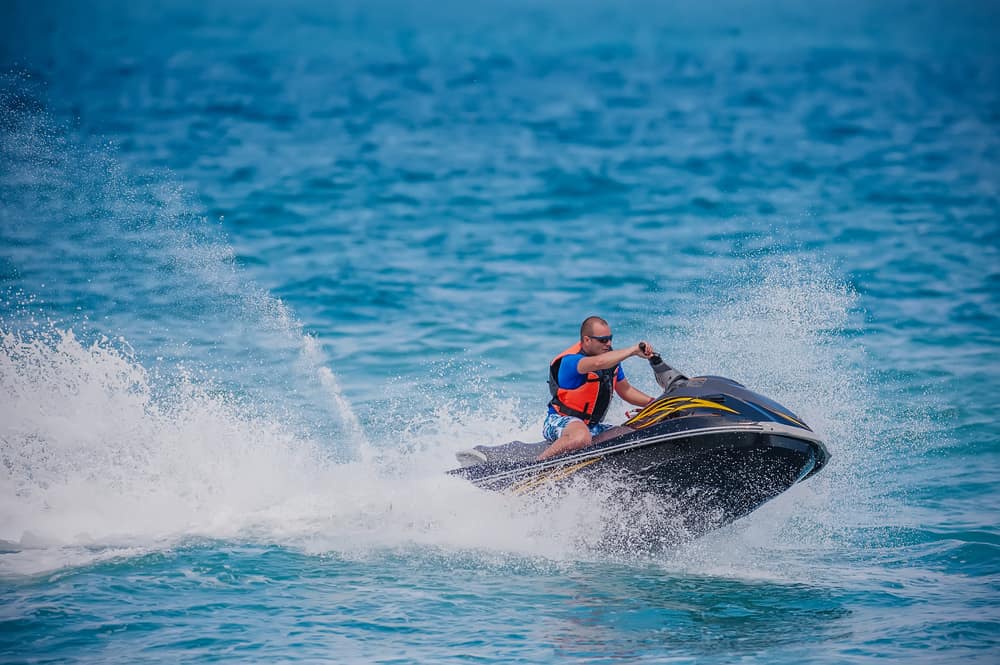 But as mentioned, you do need to go for a test run before taking it to the deep end. Normally, professionals throughout the world allow a maximum of 15 seconds just to test it out without supplying water.

And that’s what most JetSki users should abide by as well to prevent any unwavering repercussions. Especially, if you are a total newbie at this extreme sport. After all, it’s better to stay safe than sorry, right?

And don’t worry. The fact that your JetSki can run for 15 seconds on land without malfunctioning is enough. Enough to proceed on to the ocean, at least.

However, this rule isn’t exactly set in stone either. If you desperately need to test it out on land longer than 15 seconds, you can do that too. For instance – you can find a way to simultaneously cool the engine as it’s heating up continuously on land.

In fact, some experienced users did come up with a tried and tested method to achieve this. They ended up attaching a garden hose to constantly supply the overheating engine with running water to cool it down.

The hose was attached to the flush port of the JetSki model. And even though it’s a make-shift method, it kind of worked. You could test out a JetSki for almost two minutes on land by executing this procedure perfectly.

And while that’s certainly an upgrade from 15 seconds, I wouldn’t recommend going for it. Without proper knowledge of the mechanism, it’s super unsafe to try it out. So, it’s best to stick to the 15-sec rule as it ensures the most security out of the two procedures. 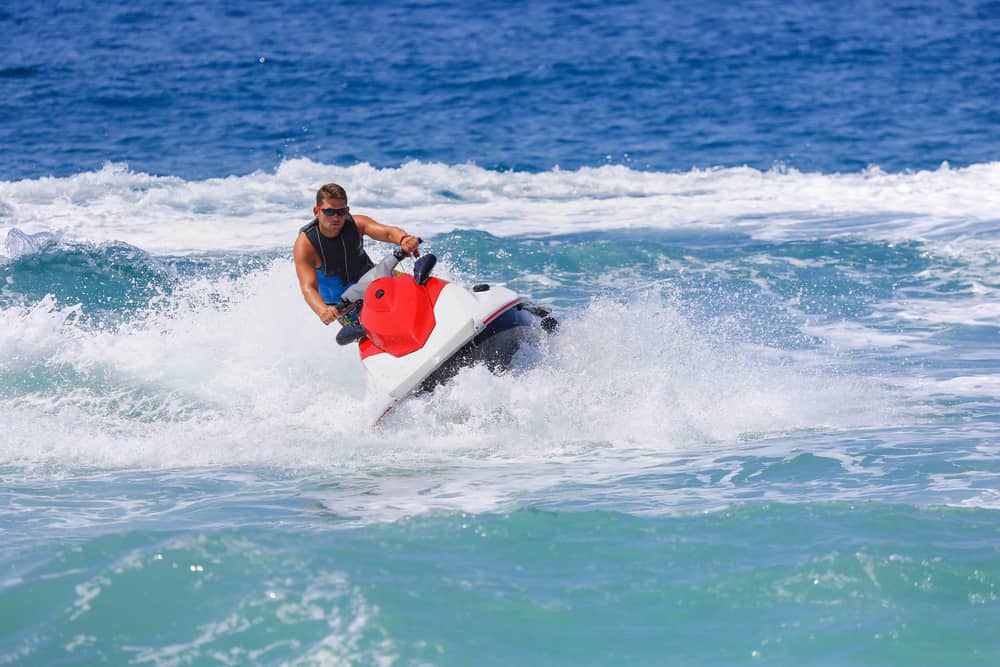 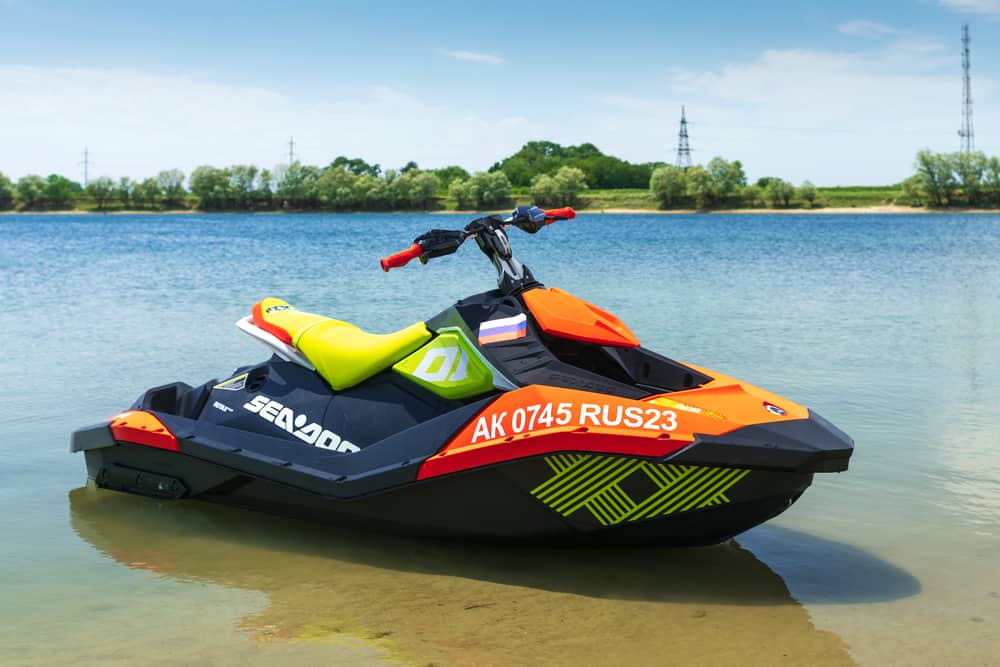 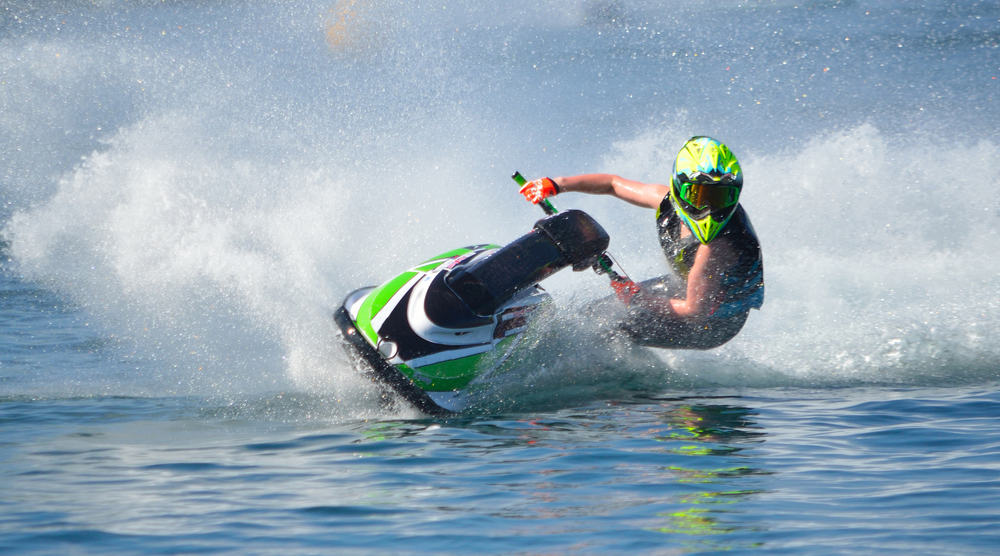 How To Test A Jet Ski Out Of The Water?

Take Advantage Of The Flush Adapter/Port

Typically, you’ll find flush ports with more or less all models of Jet Skis. Whether it’s a Sea-Doo, Yamaha, or Kawasaki, doesn’t really matter. And these flush adapters or ports are quite handy for dry-running through Jet Skis.

Here’s a brief guide on how to use the flush port to run a Jet Ski on land.

And that’s about it. Make sure to follow the time restrictions accordingly so the engine doesn’t heat up too much.

It’s important to note that different JetSki models come with different manuals. As a result, you can adopt specific methods to test their limits.

Take the Kawasaki Jet Skis for example. You can totally use the aforementioned flush adapter procedure to test them out off-waters. But, according to the owner manual, here are the prerequisites for testing the Jet Skis out safely.

Similar rules apply to WaveRunner Jet Skis as before. However, they do come with some restrictions.

The Sea-Doo Jet Skis have a pretty different build-up than normal Jet Skis. As a result, they come with lots of restrictions.

You have to stay cautious at all times if you’re preparing to dry-run a Jet Ski. And here’s a brief overview of the two most important factors that you should watch over intently.

The RPM is one of the main reasons why your engine gets so hot while dry-running. And it’s also the leading cause of Jet Ski malfunctioning.

Here’s what happens when you drive up the RPM too high.

So, it’s best to keep the rpm way low when you’re dry-running the Jet Skis on the beach.

Abiding By The Time Restraints

Not much to say here, to be perfectly candid. Other than these articles, you’ll find several warnings in the manual itself as well regarding this issue. For instance – the Sea-Doo manual directly specifies how you shouldn’t dry-run the Jet Skis even for a little while.

But many ignorant users decide to act against that promptly. As a result, they end up causing irreversible damage to their precious Jet Skis. And then they have the audacity to blame it on the manufacturers instead.

Therefore, if you don’t want to end up in a situation like that, abide by the time restraints. Keep all the testing within 15 seconds. And definitely don’t go over a minute or two under any circumstances.

Have fun testing out your Jet Ski!