Do You Need A Physical Map Anymore? (Try a GPS)

A physical printed map is not longer needed now that we have digital maps, laptops, and smartphones. You may want to take one in case out of range.

It is no lie that most people adore traveling and would catch a flight or rev up the engine if they could just so they could have a change of scenery and go away to relax somewhere.

If you feel the wanderlust too and do the same it inevitably means going to places that you are not always entirely familiar with. Though there are travel guides and signposts pointing you to safe directions, incidents happen all the time and things take a sudden unexpected twist.

You should be prepared for any and every situation that might try to confuse and intimidate you. If you ever get lost, it is best to have something to help you navigate back to familiar territory but in this modern age is that something a map? 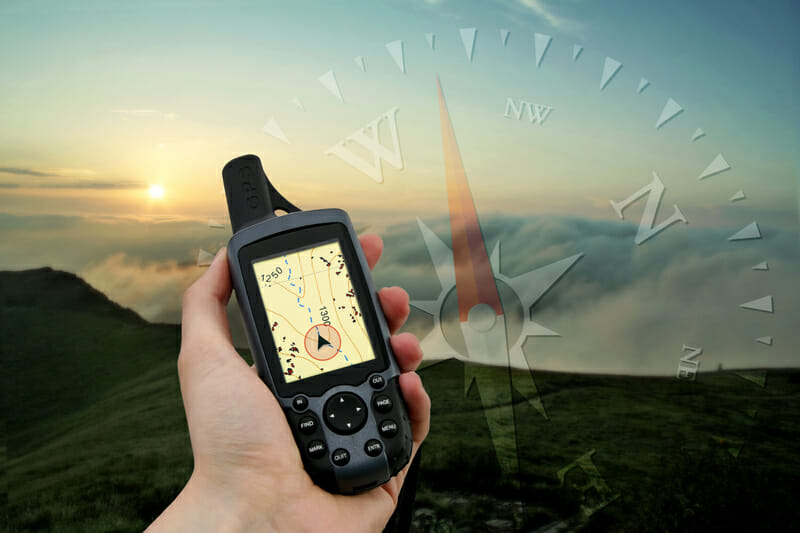 Before we get into whether or not there is still a need for an old-fashioned paper map lets first identify all the different alternate devices that are more commonly made use of these days instead.

GPS has been a saving grace for a great number of people. You cannot always have every road and place mapped out with perfect clarity in your mind even if you have lived in that city for years. New businesses and places keep popping up all the time and no one can keep track of them every single time they are replaced.

This is where GPS comes in to save the day to not only tell you where the exact location is but also to show you the entire route of getting there while verbally directing you.

This way your focus can only be on driving safely rather than on the screen of your car. Not only that but you can also have the handheld version so that you can carry it around wherever you want. This means that if you go hiking and stray off the trail a little you can find your way back to it with relative ease. 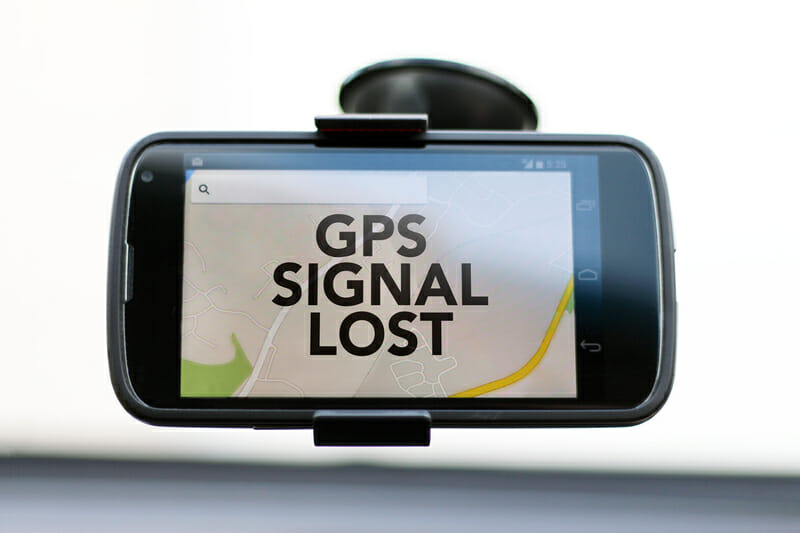 GPS is a full-fledged system of more than 20 navigation satellites orbiting the planet Earth. The primary reason why we know where we are, as of this day, as of this instant, is because these satellites continuously emit signals. The GPS receivers in our phones try to catch and listen to these signals.

Once the distance is calculated via 4 or more GPS satellites, it can locate your exact spot.

In a rapidly advancing world, we cannot even fathom living a life in which we are clueless about the whereabouts of ourselves and our loved ones. A GPS sheds light on your location from one point to another. This article is your go-to guide for everything you need to know about Global Positioning Systems (GPS), its uses and applications, how it works, and its advantages and disadvantages. 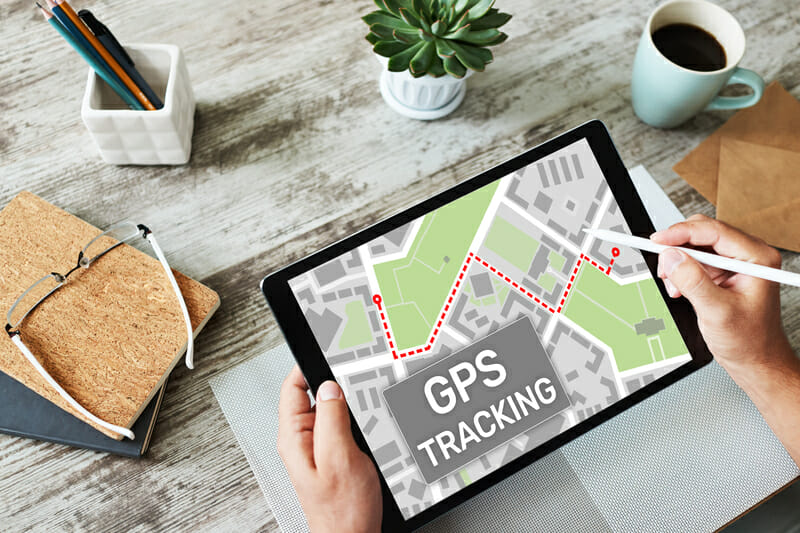 A GPS receiver is available in a wide variety of models. Before using a GPS receiver, there are essential things you must have in hand. They are:

The GPS standing for “Global Positioning System,” uses a receiver, satellites, and some algorithms for synchronizing your exact location, time, and speed rate while traveling anywhere on sea, land, or air. This entire system comprises 24 satellites in 6 Earth-focused circular planes that provide accurate information in real-time, regardless of climatic conditions.

These satellites are evenly scattered, such that 4 satellites are available through direct line-of-sight from any part of the world. They revolve at approximately 20,000 km atop Earth and travel at a velocity of 14,000 km/h. Each of these GPS satellites transmits a message that gives its current course, place, and time.

A receiver is responsible for combing the sent messages from numerous satellites for calculating the exact area via a triangulation process. At least 3 satellites are needed to retrieve the information of the receiver. Still, a connection with 4 satellites is ideal for validating the data and giving more precision.

The 4th satellite is also responsible for third-dimensional movements and calculating the altitude of your device. Primarily, GPS is used for finding directions in all types of vehicles. This includes ships, airplanes, trucks, and cars. The system is useful to civilian and military users all over the world.

For hundreds of decades, human beings have been practicing triangulation with the help of the stars, moon, sun, and, eventually, the sextant. In the 20th century, space-age technology made a promising discovery – the GPS. Since then, GPS technology has stood the test of time and has been used worldwide. In 1957, the establishment of the Sputnik I satellite in Russia created a way for geolocation capabilities.

Eventually, the U.S. Department of Defense started utilizing GPS technology for navigation of their submarines. The U.S. government publicized the availability and use of GPS in 1938 but still maintained control over the accessible data. It was not before the start of the 21st century that the public and companies were given full access to GPS. This created the path through GPS advanced over the years.

The Future of GPS

Countries worldwide are focused on creating and enhancing their Global Positioning Systems. A lot of effort is being made in increasing precision, improving reliability, and optimizing the uses of GPS. It is foreseen that the Global Navigation Satellite Systems (GNSS) receivers will become smaller and more efficient and accurate.

GNSS technology is expected to pierce through the least costly GPS applications as well. Rescue workers and scientists are working on novel ways to use GPS technology in preventing environmental disasters. This includes predicting events like volcanic eruptions, earthquakes, avalanches, or sinkholes.

Regarding the global Covid-19 pandemic, researchers have provided insights into using smartphone location data to assist with contact tracking to reduce the virus from spreading. The establishment of novel GPS III satellites will evidently improve the accuracy of GPS to 1-3 meters, enhance direction-finding abilities, and lead to durable components.

All of this is expected by 2023 at the earliest. The forthcoming generation of GPS satellite networks will reduce vulnerability to jammed signals, enhance signal security, and create expansive maneuverability for shielding dead sectors.

The Deep Space Atomic Clock of NASA is ready to use a sturdy GPS satellite to offer improved consistency in the future for upcoming astronauts venturing off into deep space. The foreseeable future of GPS tracing is highly likely to improve effectiveness and accuracy for professional and personal use.

Google Maps are another blessing when it comes to technical navigation systems. If you cannot be bothered holding onto a GPS and do not have a car, you always have your trusty phone to fall back on.

Smartphones usually have this feature that allows them to add in their location as well as the location of the place they want to get to. This helps the app direct them through the confusing maze of roads by simplifying everything as they even state the various names of roads and different places so that you can have an easier time figuring it out. 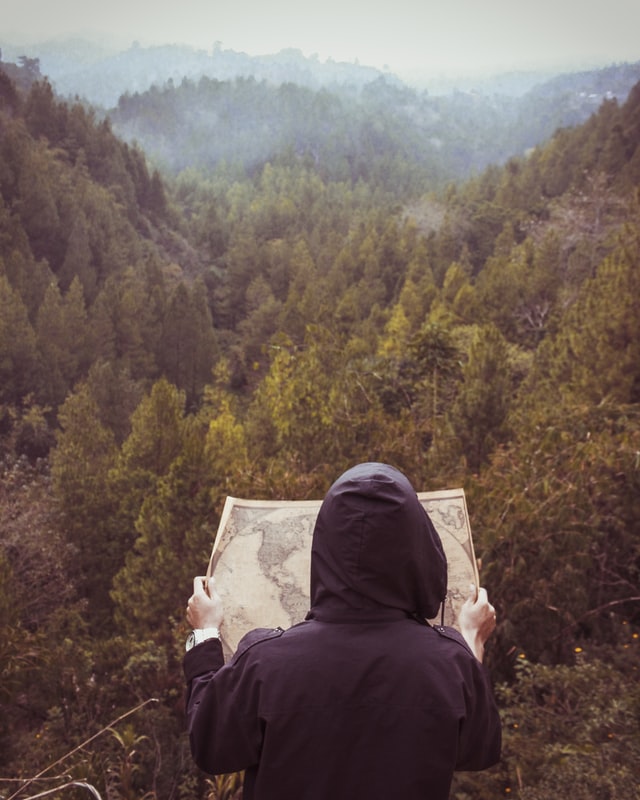 Why Maps Still Have The Upper Hand:

Just because the world has been leaning towards rapid digitalization it does not mean that old-fashioned maps will be completely put out of use. They certainly have the upper hand in certain aspects despite having some limitations of their own.

GPS screens have a few restrictions as they mostly display the very next exit that is bound to show up. However, maps provide a detailed holistic view of the place that you need to go along with any rivers and forests as well as nearby towns or such as well.

This can help you memorize the names and visualize clearly just where you need to go. Not only that but you can also have an idea about the various cycling routes and subways so that you can make your way wherever you want without any trepidation.

Other than that, there is just something relaxing about sitting on a bench somewhere outside in the park with the warm rays of the sun shining down on you, lighting up the paths on the map. You can plan for all the places you want to go to the very next day and how you can get there.

Maps have both their competitive edges as well as drawbacks. As people all rely on their own preferences there can be no telling who would like which option better. However, maps are still in use and are needed for those who prefer traditional ways as opposed to the modern ones.