The Inland Taipan, also known as the western taipan, fierce snake, or the small-scaled snake, is an extremely venomous snake that is endemic to the semi-arid regions of Central-eastern Australia. It is medium to large in size, agile, and swift, and makes multiple accurate strikes while attacking.

It belongs to the elapidae family of snakes, which are characterized by a hollow pair of fangs, which can inject venom (stored in the salivary glands) directly into the prey.

The Inland Taipan is usually dark tan in color, but the color can vary from season to season – from a dark brown in winters to a light brownish-green or olive in winters. This darker shade in winters is a seasonal adaptation related to thermoregulation, as the darker color allows the Inland Taipan to absorb more sunlight during the colder months.

These snakes can be medium to large in terms of length and they have a rectangular-shaped head. The dorsal color ranges from yellowish-brown to pale fawn to dark brown where neck and head can have darker shades comparatively.

The head of the Inland Taipan is round-snouted. The head and neck are generally darker than the body, which allows the snake to heat itself in the sunlight by exposing only a small part of its body out of its burrow. 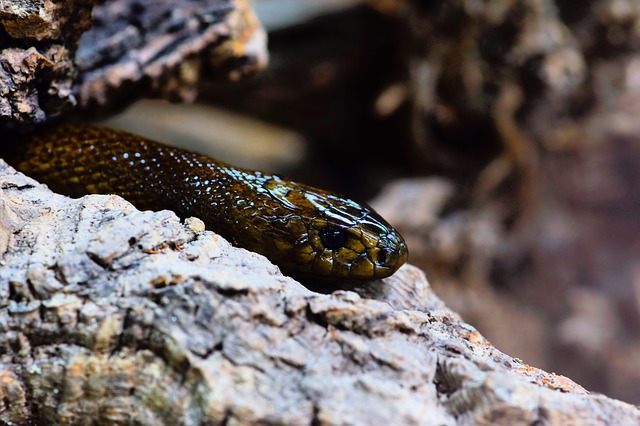 The average size is approximately 1.8-2 meters, but the Inland Taipan can reach up to 2.5 meters in length. The dorsal scales are smooth and without keels.

The eyes are of average size, and the iris are blackish brown. The fangs of the Inland Taipan are about 3.5-6 mm, shorter than its more commonly found relative, the coastal taipan.

The Inland Taipan is an extremely venomous snake. Its venom is the most toxic among snakes, even more, toxic than that of the king cobra, the rattlesnake, and sea snakes (based on medium lethal dose in mice, subcutaneous). It is estimated that a single bite would be enough to kill a 100 fully grown men!

The toxin of the Inland Taipan contains neurotoxins (affect the nervous system), hemotoxins (affect blood coagulation), and myotoxins (cause muscle necrosis), and possibly even nephrotoxins. The neurotoxins in the venom include paradoxin (PDX) which is one of the most potent beta-neurotoxins known to man.

When bitten, severe envenomation is likely. The venom acts fast and can kill in 45 minutes. The mortality rate is very high in untreated cases (greater than 80%). If a bite is suspected, medical help must immediately be sought.

The venom of inland taipan is the most potent venom in the world. It is reported to be almost 50 times toxic as compared to the Indian Cobra’s venom. The venom works like a powerful cocktail of different enzymes that can paralyze nerve endings. These snakes can destroy muscle tissues, paralyze nerve endings, and cause extreme bleeding as well. Therefore, if you encounter these snakes while moving out, it is better to take safe steps and get away from them. 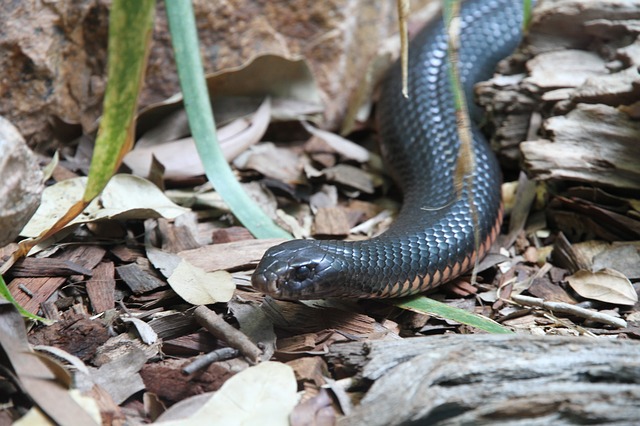 The Inland Taipan is found in the semi-arid regions of Australia. It is particularly adept at surviving the extreme and inhospitable desert conditions. It usually takes shelter in crevices, holes, and burrows made by other animals.

Inland taipans are diurnal and solitary creatures. You will find them more active in the morning hours when they spend time foraging and enjoying the sunshine. For the remaining hours of the day, they usually prefer to stay in the shelters. On the cooler days, they can also come out in the afternoon. Note that Inland Taipans can adapt to a varying range of environments by simply changing their skin colors as per seasonal settings. Although these snakes are very venomous, they are also very shy in nature and prefer to run away from a troublesome sight. 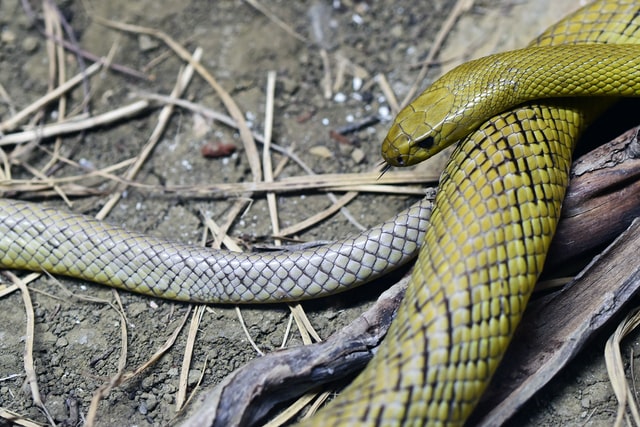 In the wild, the Inland Taipan consumes only mammals, mostly rodents like rats. In fact, its venom is specially adapted to kill warm-blooded animals. It detects its prey via movement and odor.

Unlike other venomous snakes that are known to strike with a single, accurate bite, the ‘fierce snake’ attacks with multiple yet accurate bites to subdue its prey. It is known to bite as many as 8 times, often making multiple puncture wounds in the same attack by snapping its jaws firmly. The venom acts so swiftly that its prey does not have the time to fight back. 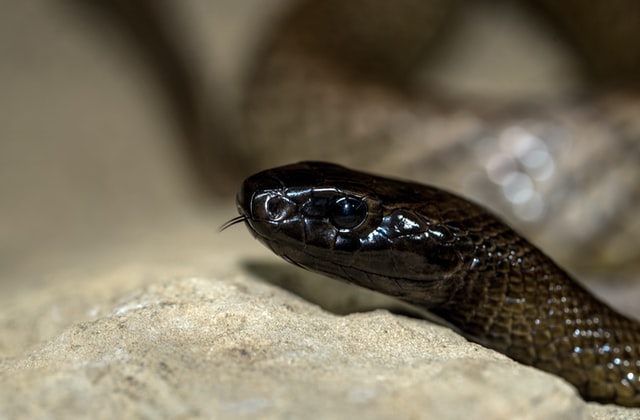 Unlike the more common and fiery-tempered coastal taipan, the Inland Taipan is usually considered quite a shy, placid snake, and prefers to escape trouble than attack. However, if it is provoked, harassed, or prevented from escape, it will defend and strike.

Being of a reclusive and shy disposition, the Inland Taipan rarely comes in contact with people. The number of deaths per year by Inland Taipan bites is rare, and hence despite being extremely venomous, it is not considered the ‘deadliest’ snake. The ‘fierce’ in its common name describes its venom, not its temperament.

Since these snakes reside in remote parts, and since they are so shy, the breeding data is mostly available from observation of captive snakes.

The mating occurs in spring. During the mating season, the Inland Taipans engage in ritualistic combat, wherein they wrap around each other and try to push the other snake’s hand down to the ground.

The Inland Taipan is oviparous. The female lays a clutch of twelve to twenty eggs at a time, usually in an abandoned burrow or in a deep crevice. The eggs hatch two months later.

The Inland Taipan was labeled as ‘Least Concern’ for the IUCN red list, citing that it is found widespread and its numbers are not considered to be declining.

It should be noted that the Inland Taipan is protected by law, like every Australian snake. 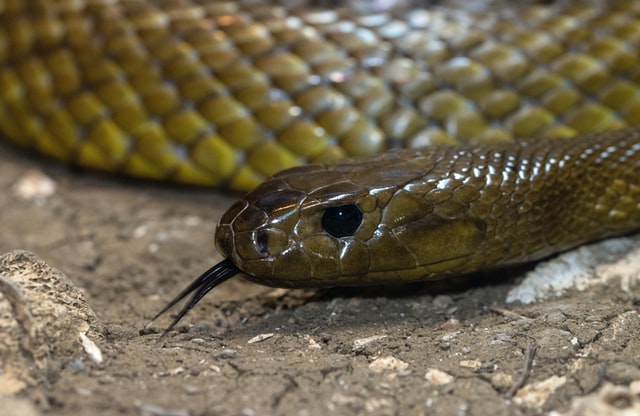 The Inland Taipan is dark tan in color is found in the semi-dry regions of the Australian continent. Shy and solitude loving by nature, the male variety compete with other males to win over a particular female during mating. It is believed to have the most potent venom among all snakes. However, as it lives in desolate, remote areas and is quite shy by nature, human fatalities are quite rare. Most of the knowledge we have about Inland Taipans is through the ones in captivity, where they are known to live for about 10 to 15 years