The tiger snake is a highly venomous snake found in southern, south-eastern, and south-western regions of Australia, and also on its coastal islands, such as Tasmania. They belong to the Elapidae family of snakes – elapids are characterized by a set of fixed, hollow fangs through which they inject venom into their prey.

Tiger snakes can have diverse appearances from one population to another, with extreme variations in size and color. The color of a tiger snake can also show seasonal variations. Usually, it is olive, yellow, orange-brown, or even jet black in color, and striped with bands of a darker color akin to a tiger (hence the name). However, these distinctive, namesake tiger stripes may not always be present, often leading to confusion while identifying the snake.

The pale parts between the darker bands can be cream or light brown in color but in a few snakes, it can be bright yellow as well.

The banding on the juvenile snakes can be easily recognized but it fades automatically as they become mature. Tiger snakes can be short with a stout body and a broadhead.

On the underside, the tiger snake is usually light yellow or orange in color.

The lengths vary between different populations and regions, but usually, it can range from 1 m to 2.4 m. On an average, the size is 1.2 m, with 13-19 rows of scales. The males are larger than the female.

The head is flat and moderately wide and is only slightly distinguishable from the body which is robust and muscular. When agitated or threatened, the tiger snake can flatten its neck and body along its entire length as a threat display.

Tiger snakes are highly venomous. Their venom is strongly neurotoxic, can cause rotting of muscles, and also affects blood coagulation. Tiger snake venom is potentially fatal to humans, and medical help must immediately be sought if a bite is suspected. Anti–venom is usually required. 8x more venomous than a rattlesnake.  Stay away from them.

The tiger snake is usually associated with watery environs, like creeks, dams, swamps, and marshes. It can also be found in open forests, woodlands, and grasslands when a suitable water source is available nearby.

tiger snakes display the signs of threat before biting anyone; it may include loud hissing noise and flattening of the neck. People have a fear of these snakes in Australia due to their toxic venom and very aggressive nature.

Tiger snakes are diurnal and terrestrial. Unlike other elapid snakes, tiger snakes are very adept at climbing and can climb trees and vegetation as well as human constructions. 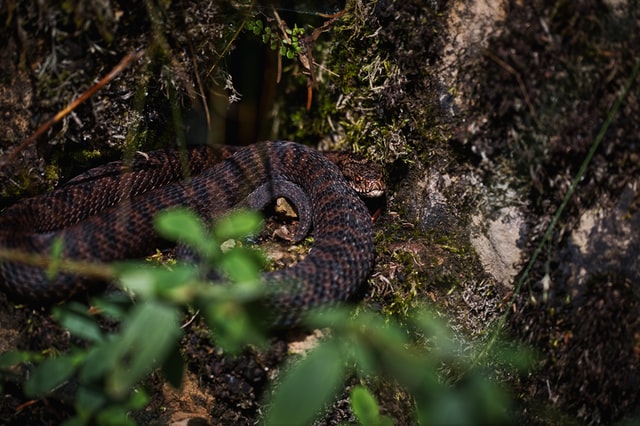 Tiger snakes are carnivorous and primarily feed on frogs. However, they can also feed on other reptiles,lizards, tadpoles, birds, fish, and small mammals.

Tiger snakes are diurnal and hunt during the day, but can also hunt late into the evenings during warmer weather. They can hunt underwater as well, and are known to be able to stay submerged for as many as 9 minutes.

Once upon a time, tiger snakes used to be the most common cause of snake related deaths in Australia. However, the eastern brown snake has taken over this position from tiger snakes. The reason behind this is quite interesting and related to the dietary habits of the two snake species. As human settlements have caused modifications in the ecology of the habitat, frog numbers have dwindled around human populations. This has also resulted in a decreased number of tiger snakes in these regions, and hence a lower number of tiger snake bites. On the other hand, eastern brown snakes prefer to eat mice, which are ample in number around human habitation. More the mice, the more the number of eastern brown snakes, and more fatalities caused by them. 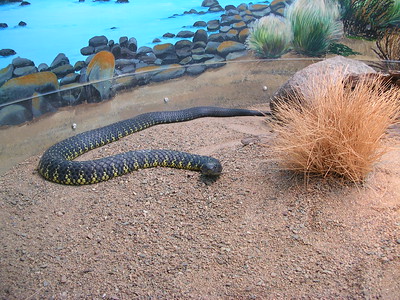 Even though they are extremely dangerous to humans, tiger snakes are generally shy and prefer to avoid conflict. When threatened or agitated, they will flatten their body on the ground and raise their head as part of an elaborate, classic prestrike pose. If the threat persists, they may further threaten with an explosive hiss or ‘bark’, and feign mock strikes. Eventually, they will bite.

As an adaptation, tiger snakes are viviparous, that is, they give birth to live ones. The mating takes place in spring, and a clutch of 20-30 babies is born in the summers. The baby snakes are born in membranous sacks, and once they break free, they don’t require any additional care from the mother and are completely independent.

At the beginning of the mating season, the males engage in combat, wherein they try to press each other’s heads down. During this display, they can often become intertwined with each other.

The conservation status of tiger snakes is the ‘least concern’.

Tiger snakes have long been persecuted by humans, and even today they are routinely killed when encountered. Predators include other elapid snakes, like Cryptophis nigrescens, and certain birds of prey like kites, goshawks, and butcherbirds. 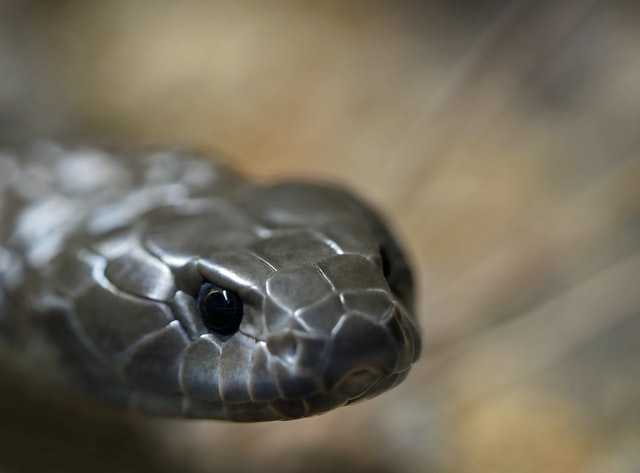 Tiger snakes are among the highly venomous varieties and come in a diversity of appearance. They are extremely well adapted to the inhospitable environs of Australia, and adept at climbing, burrowing and swimming. They are one of the most venomous snakes in the world, and their bite is potentially fatal to humans. Tiger Snakes can birth a clutch of 20-30 young ones. Even though they are routinely killed by their most feared predator- humans, they are classified as ‘least concern’.

Tiger snakes embody danger and adhere to the typical image of a snake: Menacing and venomous .