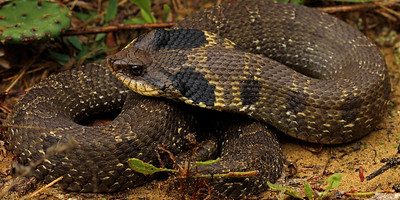 Right after the world war I, the UK and US military started using the metric system for leading combined operations with the French as they are already familiar with it. The maps mainly designed by the French and the term kilometer become widespread after World War I.

Note that the world Klick is actually defined from a kilometer and it is interchangeably used as Click as well. Furthermore, after World War II, all the maps were designed by NATO members and they used to follow NATO standardization agreements. One of the most common mapping systems used by these professionals was a Military Grade Reference System for locating different distant points on earth. But even after these developments, the term ‘click or klick’ is still widely used by military people.

When a soldier announces on radio that they are 10 clicks south from your current position, it means, they are at a distance of 10 kilometers.

Few historical studies reveal that the term click was originally discovered in Vietnam with the infantry of Australia. The infantry soldiers keep on navigating using compass direction to measure distance by pacing. In order to maintain a record of the track of distance, few soldiers keep on counting the paces. Generally, 120 paces up-hill, 100 paces down-hill, or 110 paces on the flat land are considered to be equal to 100 meters.

The soldier keeps on measuring all the distances by using specially designed devices and use hand signals to inform the commander after every 1000 meters. The movement is then indicated by lifting the rifle and then rewinding the gas regulator connected to it with the help of thumb; this process results in an audible ‘click’ sound.

Note that, in military terms, the term click is widely used while sighting some weapon, for instance, rifle. In most cases, one-click represents one minute of arc; or in simple words, one-inch distance after hundred yards.

There are many online conversion systems that can help you to convert click or klick easily into miles and vice versa. All you need to do is just type your value under the respective unit and select the output unit; the tool will display exact measurement in the selected unit.