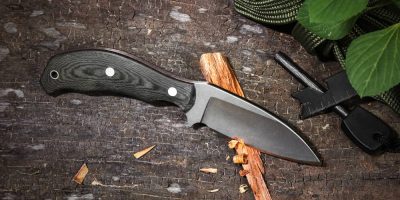 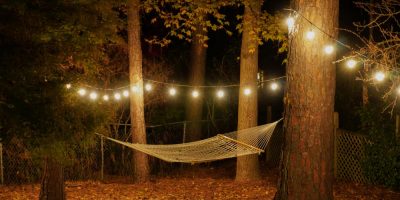 25 Camping Lights You Will Want To Try 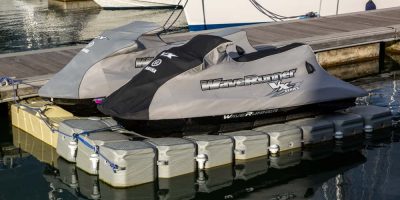 In truth, dealers and manufacturers are primarily concerned with providing basic functionality. If your budget allows, reputable dealers like to enhance their profit margin by presenting you with all sorts of useful upgrades.

Others try to sell you every conceivable option, calling them essential. This happens even when they know it is outside you budget, so it pays to be wary.

We, as typical consumers, are used to the idea that all the “extras”, even of everyday life, are just there to pad the bill and make more money for the seller.

We automatically turn down “undercoating” or “gravel guard” on our new cars; we turn down the “make-it-a-meal” option when we just want a sandwich and coffee, because 10¢ worth of french-fries doesn’t justify an extra $2 cost… We like to think we are smart consumers.

There are three common types of batteries in the trailering/camper/coach market. You’ll often see them labeled as FLA, AGM, and LiFePo4, or other groupings of similar letters. They all have varying degrees of usefulness, and it is completely dependent on how you use your equipment. Just to be entirely clear, no single solution universal.

The RV uses lead acid batteries which contains mixture of water and sulphuric acid. The RV has two main sources of batteries for power sources and last about 3 years, with normal range 2-10 years.

These require to be charged to enable them facilitate powering the RV.

These batteries, which are designed for RVs (sometimes called Wet Cell, or shortened to Lead Acid or LA), are similar to the sort that you find in your ordinary family vehicle, albeit a little more powerful. They are designed to be Deep Cycled (discharged and charged regularly).

Car batteries are actually 12.6 volts, and can deliver hundreds of amps for a few seconds to start a car engine, but are rated for less than 50 amp-hours (AH) in total. If they are deep-cycled they will last only 50–140 charges.

To understand their capacity you should know that one rated at 48 AHs will deliver 1 amp per hour (a/h) for two days (48 hours), or 2 a/h for one day and 4 a/h for 12 hours. It’s an easy relationship to see—however at that point the battery would be exhausted. Automotive batteries are not good for RVs.

Now, complete discharge will not harm a FLA battery, provided you only do it one time and recharge it. Repeatedly exhausting an FLA battery causes significant chemical changes that can ruin it.

FLA & AGM batteries should only ever be discharged to 50% of their capacity (where they drop below 12.4 volts) to avoid damage. Recharging them when they reach that point prevents sulfur crystals from growing on the plates, helping the battery to last as long as possible.

In addition, these batteries must be periodically topped up with distilled water and only operated in well-vented conditions since they outgas highly flammable hydrogen when charging and discharging. Damage occurs when they are not maintained monthly, including a trickle charge to keep them from dropping below 50%. They can also spill sulfuric acid (H2SO4) if tipped, or if damaged in an accident.

When taken care of properly they often outlast many of their counterparts. Ultimately, they are best suited for non-moving power applications, such as solar or wind generator installations. 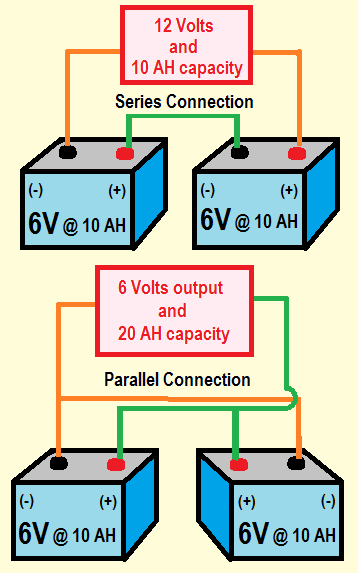 Who Can Use FLA?

For some people the basic batteries can work. If you have LED lighting, no air-conditioning, a propane fridge, modest needs, and don’t travel far over rough roads, it can work successfully for you.

On the other hand, in one case, inexperienced campers with a brand new coach set up their campsite, went hiking and swimming for a few hours and came back to a completely dark vehicle.

What killed the battery so quickly? The small electric refrigerator, designed to operate when the vehicle was moving, drew 150 watts. The roof vent also had an exhaust fan to get rid of excess heat, and they had a cell-signal booster running.

They actually had to get a boost so they could start their generator to recharge the batteries. This is why it is a good idea to get a gasoline generator with the option to pull-start it in an emergency!

AGM batteries became popular in the 1980s, first on military aircraft, and then sold as “sealed, maintenance free” batteries, which manufacturers and the public fell in love with. They came to be known as Sealed Lead Acid or SLA batteries. By saturating a fiberglass mat with the sulfuric acid electrolyte instead of having sloshing liquid, it rendered these batteries spillproof and much more resistant to bumps and knocks. This made it easier to ship to dealers, without special transportation permits, and they became hassle-free for car owners.

Even if the battery is dropped, the case is cracked, or it is in a collision, the electrolyte doesn’t generally leak. It is much safer for the average consumer. The battery does not outgas (much) and so requires no watering—a win-win scenario.

The limitation is that these, like the FLA, AGM/SLAs can only be discharged halfway without shortening their life-expectancies. People have been known to replace FLAs and AGMs every year or two because they were uninformed about this limitation. They last much longer when recharged properly.

Further, a 100 AH battery still only has a useful capacity of 50 AH. In addition, AGM batteries are almost as heavy as the FLAs because they use the same technology. Such a battery would weigh about 64 lbs. (29 kgs), and a 200 AH battery would be 130 lbs. (59 kgs). Not only are they heavy, but they are bulky, and should still be fitted in a vented area for safety, even if their outgassing is low.

Again, there is no one-size-fits-all solution for battery power. Lots of folks who spend weeks disconnected from water and electricity swear by these Lithium based cells. They are particularly useful for folks that use solar panels to charge because a LiFePo4 rated at 100 AH can take a charge rate of 100 amps, meaning, if you have enough current available, you can completely recharge them in an hour.

A FLA or AGM rated at 100 AH can only take 30 amps. If you only have direct sunlight from 9 am to 3 pm there is less opportunity to collect power. Even if your panels can manage hundreds of amps, those batteries cannot accept anything higher than 30% of their rated capacity without overheating and consequent damage.

You’ve undoubtedly heard of Lithium Ion (Li-Ion) batteries and their “inherent dangers” such as runaway heat causing fires, but for the most part that has been solved. It’s still a danger in very large installations when those batteries are LiCoO2 (Lithium Cobalt Oxide) or LiMn2O4 (Lithium-Manganese Oxide), but acceptably safe when we use them in small devices such as phones and tablets.

To get around that problem for RVs, scientists invented Lithium Iron Phosphate (LiFePo4) batteries, which are extremely heat stable and have no free oxygen to stimulate overheating. All the oxygen is tightly bound to the other elements, and can’t get loose, so they are essentially fireproof. Not to promote any particular manufacturer, this video shows the difference between a Li-Ion battery and a LiFePo4 battery when they are subject to abuse.

In other endurance and capacity tests, LiFePo4 batteries have been discharged from full to empty at 80% of the rated maximum with absolutely no heating. They remain room-temperature while delivering huge amounts of power. Compare:

Delivering the Power you Need

Another big advantage to LiFePo4 is that they can deliver all of their rated capacity without stopping at 50%. Completely discharging these units causes no serious problems. Their built-in technology allows them to deliver more power faster, and to recharge more quickly.

Better yet, unlike liquid-filled batteries, these can be placed in any spot where they will fit, and rotated to any angle, even upside down if necessary. This is so important where space is at such a premium, in a coach of any size.

LiFePo4 are less than half that weight, which saves gas, and makes your travels much safer by being further from your limit. If you were to shed the weight of just one of those heavy batteries, you could include bicycles for everyone, or a couple of e-bikes, which might make your adventure more enjoyable.

LiFePo4 cost much more for the initial outlay, in the $500-$1,000 range, but they can be cycled between 5,000 and 7,000 times, and even after that should still deliver up to 80% of their rated capacity. In other words, despite their low-maintenance requirements, you could conceivably retire years later, still using the same batteries in your RV… That may be better than replacement every few years.

Charging of the battery may take approximately 10 hours.

Battery failure in the RV is attributed to many things like poor maintenance. This section discusses factor that cause a dead battery in RVs.

Maintenance. Regular maintenance is required to ensure well-functioning of the battery. You should do inspections to find out if there is any damage on the battery for example bulges or leakages. Keep the battery clean by cleaning its terminals. Check on water levels to prevent charge. Maintenance helps prevent sulfation and overcharging among other dangers. It increases the battery’s life span.

Recharge the battery. You need to keep the battery well charged to avoid issues like sulfation. The battery should not discharge below 12 volts. You use the voltmeter to tell the voltage. It can last 2 years up to 10 years depending on usage and weather.

RVs are referred to as recreational vehicles. These provide you with a home away from home experience. The user or owner is able to have the comfort of his or her home on the road. It is because it is self-contained. It has a living room, galley, toilet and bedroom among other rooms. You can access services like water and electricity or power while using the RV.

FLAs suitable for your RV are cheap and often readily available from such common stores as Walmart. AGMs are a bit more costly, and are available at most places that cater to the RV market, but don’t rule out Home Depot and other stores that experience a lot of camping nearby.

LiFePo4, on the other hand, usually have to be ordered—and they are expensive in terms of initial outlay cost. The difference is that FLAs and AGMs are good for about 300 cycles under heavy-use conditions but can be stretched to 1000 or more by not over-discharging them.

Golf Cart batteries are often twice as good, but many still require maintenance such as trickle charging during non-use periods and adding water to FLAs and many Golf-types. Both types can power you through your vacation if your needs are not too demanding.

If you have picked coaching as a dedicated lifestyle, LiFePo4 will save you maintenance, hassle, and money in the long run. If you go away for the weekend once per month, you can get away with a cheaper alternative. If you have LiFePo4 batteries, they will still have most of their charge after 6 months of being untended in storage, without charging.

Your camping style will dictate which is best for you…so let’s head for the woods and the lake!

25 Camping Lights You Will Want To Try