How Sharp Should Your Knife Be? 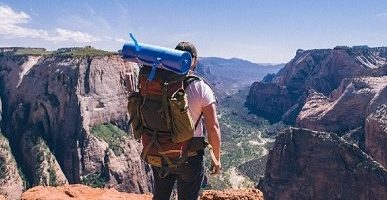 The Perfect Hiking Backpack For Your Next Trip 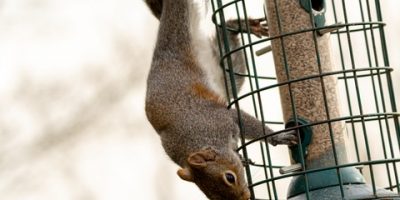 What Are The Best Squirrel Proof Bird Feeders? 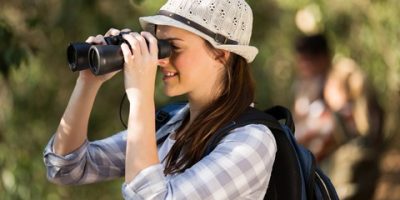 A knife should be sharpened to about 20º.  If a knife is too sharp it can become brittle and break. If not sharp enough it will barely cut.

Sharpness is a function of the angle of the grind (or natural bevel in a mineral). Razor blades are ground to the shallowest angle of just 7º because they are generally regarded as disposable in modern society so they don’t have to be particularly durable.

Most knives are sharpened to about 20º, providing both a good edge and an appreciable amount of durability. Thinking back to swords, any of the venerated Japanese blades have two (pardon the pun) strikingly different components in their makeup.

The core and spine are made of softer, flexible steel that can absorb and dissipate shocks, whereas the edge is tempered to be much harder. This means it could be sharpened to a very fine edge (though it seldom was), and retain that edge for a fairly long time.

The major drawback was that it was brittle and if it struck another blade, shield, or stone, the edge could be quickly destroyed. This was the reason that such a warrior would dull his blade deliberately so the duller edge would last longer. The real cutting power came from the curved shape of the blade, which provided a slicing action, combined with the narrow ovoid cross section of the blade that pushed material out of the way to further decrease resistance.

Similarly, Damascus steel swords had a hard tempered cutting edge. It was the appearance of the cladding that added not only weight, flexibility, and strength but beauty. It wasn’t particularly strong, especially when compared to modern technological steels, but it was breath-taking to look at. Put up against other metals of the day, it was almost miraculous in comparison.

Unfortunately the technique for making it is long lost. All we have now are modern interpretations, but were pretty good at imitating it. You’ll see it used in expensive sets of kitchen knives, but it is only the appearance of Damascus steel because no one truly knows how it was originally made.

To accomplish this look, the chromium content and steel are folded over and over again. This makes a “grain” in the metal, and when subjected to an acid wash, the steel will dull and turn grey, but the chromium will remain bright. The resulting pattern is of ocean waves coming onto the shoreline.

The sword may have been excellent for its day compared to other available metals of the time, but in truth, there was aesthetic value. People like to look at and own beautiful things.

One secret most people don’t know about Japanese swords is that good steel was incredibly hard to come by. Most of their steel was not much better than pig iron—those crudely smelted ingots that were poured just to be passed on to smiths to turn into other things. We have modern day plastics that are stronger than the ancient steel.

Since the steel was of relatively poor quality, they had to develop techniques to make the best weapons possible from these meager beginnings. Those amazing artisans that were the best at it were held in high esteem. Apparently given enough skill and dedication one can make a silk purse out of the sow’s ear!

Learning about anatomy almost certainly began with hunters butchering animals. Maybe they had learned enough that when someone in their party was grievously injured while trying to catch “dinner”, that they managed to “fix” them enough to live.

Ancient surgeons that were first learning about the human body performed investigations on dead bodies, and eventually gained the confidence to perform actual surgeries. By then we had invented “clothes” and the skill of “sewing”, so putting something back together was an easy extrapolation. What they sewed with was probably filthy and caused many infections, but they probably had better immune systems than modern people.

“Doctoring” probably started on the primitive battlefield, removing pointed weapons from wounds, and sewing things back together. This ability made them valuable to the group, and probably encouraged them to expand their skills.

Ragged wounds would have made sewing difficult and unreliable. Stone knives of the day were not particularly sharp, but some proto-surgeons got lucky. They lived near a source of obsidian (black volcanic glass) that, when chipped into flakes, was sharper than any steel blade could ever be. It was too delicate for a weapon, but excellent for a tool.

In terms of natural materials, only a diamond compares to obsidian. The width of the edge can be as fine as 3 x 10-7 centimeters (30 angstroms)—or just 3 nanometers, which is 10 to 20 times sharper than a razor blade. To help you visualize, one angstrom is about the width of an atom, so 30 is a really fine edge.

Nowadays many modern surgeons use obsidian blades—particularly for cosmetic surgery—but including all sorts of operations. Why use rock shards when you could use surgical steel? Amazingly enough, these blades are so incredibly sharp that they cause very little trauma to the tissues while cutting, so they heal smoothly with practically no scarring.

That is a vitally important feature to cosmetic surgery… However, anytime you can do less damage cutting means things are much more likely to fit back together the way they were before you cut them, so they’ll heal better.

People throw around words like Katana, Waribashi, Tanto/Shoto, and Ninjato, when barely one in one thousand would notice that Waribashi was substituted for the word Wakizashi (the former is disposable chopsticks, the latter a sword type). Many are convinced, without any evidence, that some particular swords are the sharpest in the world.

There is a huge amount of mythology and folklore surrounding ancient bladed weapons, including magical techniques for creating wondrous metal alloys to make blades unbreakable and infinitely sharp. Damascus steel alone could fill a book (and has, many times in the past). But here’s the question: Does sharpness really matter?

It’s not Brain Surgery…or is it?

Most people have been lucky enough to never have had a debilitating, unrelenting headache that makes you want to make you crack your own skull open in order to let the pain out. There is archeological evidence that ancient people used to bore holes in the skull to treat head trauma, such as brain swelling, and probably migraine symptoms. Unbelievably, this goes all the way back to the Stone Age.

Trepanning, as it is called, remained popular into the 16th century. Lots of people survived this surgery, as shown by well healed wounds indicating the person lived for a long time after the surgery. Eventually, once our practical knowledge improved, it was reintroduced to modern medicine as a much more effective and useful treatment tool.

B y extrapolation, we can say the early surgeries were a “success” or people would have stopped performing them. There was a 40% survival rate in early Peruvian surgeries, but the later Incans got that up to 80%.

But how do you cut a hole in a skull?

Blades for this purpose, whether of metal or rock, didn’t need to be sharp; the user just needed to be persistent. In the left side of the image you can see where the surgeon made four straight grooves. The cuts are shallower towards the ends, so they were made either by sliding a blade back and forth until the corners over-lapped, or by using a rounded blade and rocking it back and forth to wear away the bone.

In the right image you can see the holes are round. These ones were almost certainly created using an obsidian tool and tracing around in a circle over and over again until penetration was achieved. Modern brain surgeons cut into the bone more economically, losing less material so the bone can be replaced. It is often frozen during the surgery, particularly if it is a long procedure, and then replaced, and held in place by surgical screws.

Sharp is not always a good thing. Usually, for best edge retention and prolonged use, it is a matter of the right amount of dullness!

Think of it like comedians… One fellow with the world’s dullest delivery style is amazingly funny… (Steven Wright) and some of the sharpest wits can get boring after just a few minutes… It doesn’t always pay to be sharp!

The Perfect Hiking Backpack For Your Next Trip

What Are The Best Squirrel Proof Bird Feeders?