Are Dogs Related to Bears?

Modern dogs are not related to bears. Some may look and act like bears but they are separate species. They do share a common ancestor and are both a part of the Caniformia suborder of the Carnivora group.

The Chow-Chow, Eurasier, Tibetan Mastiff, Goldendoodle , and Newfoundlands  do look somewhat like bears as pictured below.

There are lots of breeds of dogs out there with a huge variety in their appearance and size. Some breeds much more than others can really genuinely look like bears if you squint a little. 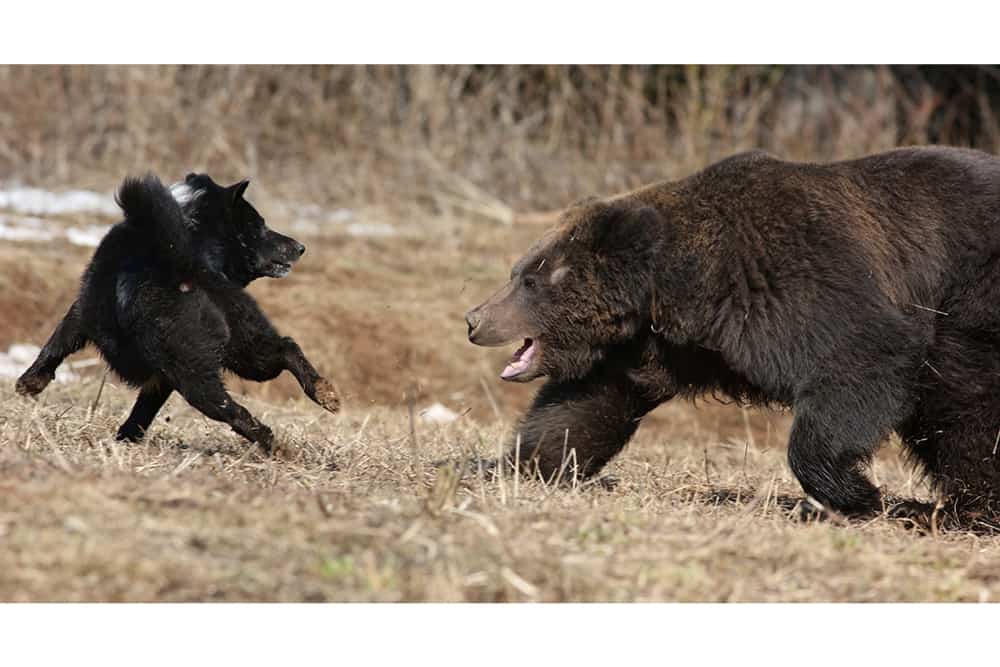 We track evolution through a giant family tree. There is a common ancestor and that branches off into different groups, and they branch off into groups, and so on and so forth until we get to all the different groups of species that are on the planet today. Bears and dogs aren’t in the same family now, but they were part of the same family back before it branched off.

They have characteristics like a long snout, non-retractable claws, and a large number of teeth. They are also opportunistic omnivores (much like humans). This is very different from cat-like creatures who are obligate carnivores who can only eat meat.

For bears and dogs, the Caniformia suborder branched off into two distinct families and this is where their relationship ends. The Canidae family includes wolves, coyotes, foxes, and dogs. And the Ursidae family is where bears lie.

There were two other families that branched off – Amphicyonidae (bear-dogs) and Hemicyonidae (dog-bears) – which really show how fluid and close the relationship was between dogs and bears back in the evolutionary past. Unfortunately, there aren’t any animals remaining from these two families, so you won’t actually get to see any dogs that are quite bear-like or bears that are very much like dogs, running around the place.

But you can easily make do with all of the dog breeds out there that look just like cuddly bears and there are others that look like real-life bears. Let’s take a look at some of the breeds that are most bear-like! 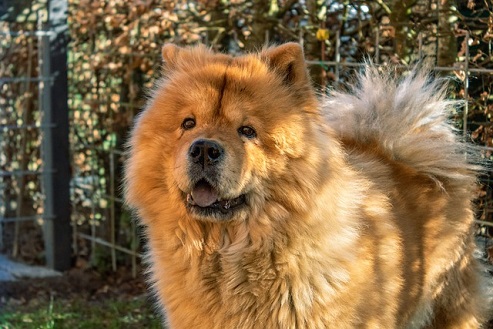 Chow chows are the quintessential teddy-bear dog breed! With their deep-set eyes, large head, and mane of hair, they could not look more like a cuddly teddy bear if they tried. They’re not huge cuddling fans, however, and they tend to carry themselves with a dignified aloofness. Another distinctive feature is their blue-black tongue. According to Chinese legend, their tongue got its color from them licking the night sky as it was being painted, during the time the world was being created. Many dog owners would relate to this behavior! 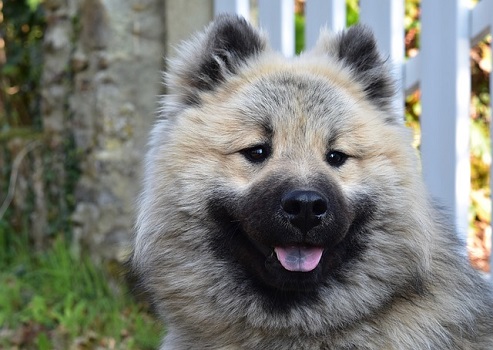 The Eurasier (also known as the Wolf Chow) is a mix between the Wolfspitz, the Chow chow, and the Samoyeds. It has been recognized now as a full breed of its own, rather than it being a mixed breed. These dogs are so fluffy and, because of their Wolfspitz heritage, they look more like real-life bears, rather than the teddy bears the Chow chow resembles. Despite their somewhat intimidating appearance, these dogs are family-friendly and actually quite clingy!

The Tibetan Mastiff is another dog with a large head and a huge amount of fur, which makes it look just like a bear. They were originally bred as guard dogs in Tibet and they still very much retain that guardian spirit. If left outside in a yard, they will bark. A lot. You wouldn’t be likely to have an intruder come in when there’s a dog that looks like a bear barking at them! 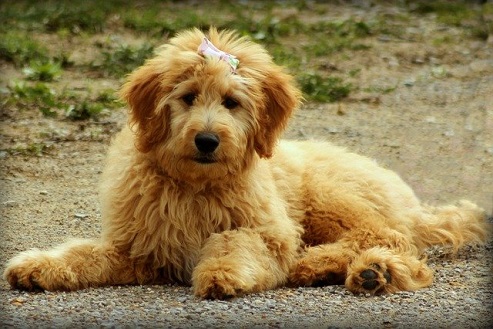 Unlike some of the other bear-like dog breeds, the Goldendoodle looks just like a classic teddy bear, whirls in its fur and all. It’s not technically a single breed on its own at present. It’s a mix between a Golden Retriever and a Poodle, and many Goldendoodles retain the swirls and whirls of the Poodle coat but have the golden color of the Golden Retriever. 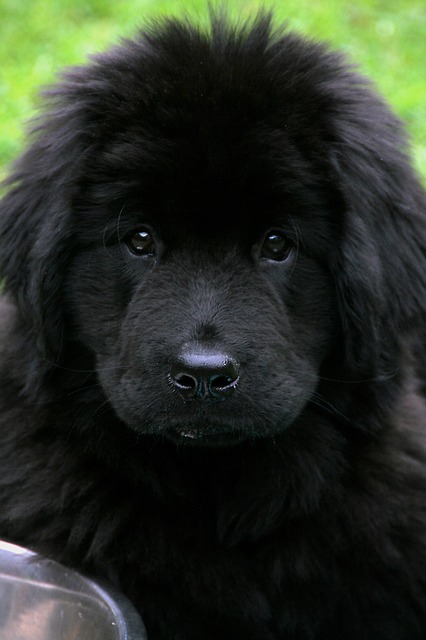 Newfoundlands were made famous as Nana, the children’s nanny dog in Peter Pan. And they really are nanny dogs because they love staying close to children. They are a giant breed, so probably the closest to how a bear would look in terms of size. There is a theory that they were originally a cross between a Tibetan Mastiff and a wolf, but they haven’t retained any of the more territorial and aggressive traits of those breeds.

Of course, none of these breeds are actually closer to bear genetics, regardless of how much more similar they look. They are still in the completely separate family of Canidae to the bear’s Ursidae. But there are definitely traits that the two families share, since they are part of the same suborder, and these breeds seem to show more of these shared traits.

Dogs have that shared genetic history does become more obvious once you started really looking for the similarities, like their long snout or their omnivorous diet. And some breeds of dogs really do seem to show these shared traits much more clearly than others.