Does the King Snake Bite?

King snakes do not bite and are not aggressive, they actually are known for their calm temperament and only attack when they feel threatened and can be kept as pets.

The king snake is a common snake found all over the US, especially in California and New Mexico. King snakes are also commonly seen as pets since they adapt to captivity fairly well. This adaptability as well as its small size makes the king snake a fairly harmless snake that is easy to handle if you find one inside your home. Kingsnakes are constrictors, which mean that they cut off blood circulation to incapacitate prey, unlike non-constricting snakes that use their venom to take out their prey.

King snakes rarely bite and may only do so when they feel threatened. This means that as long as the snake is handled carefully there is little worry about bites. The snake’s calm temperament even makes it fairly safe for handling by children as long as there is always an adult nearby.

King snake bites are not venomous and the biting sensation will resemble a mosquito bite more than anything else. This kind of snake does not have big teeth and it cannot bite as strongly as other bigger snakes. You may see a few tiny drops of blood in the bite mark but the pain is minimal and rarely leaves a scar. Instead of venom, the king snake produces a foul-smelling musk to ward off predators. Aside from that, the snake can also poop on you.

In the event of a bite, don’t panic. Calmly place the snake back on its tank or cage and dress the bite just as you would dress any insect or animal bite. Since king snake bites are not poisonous, a careful washing-down of the affected area and dressing it with a topical antibiotic is often enough to ensure proper healing. 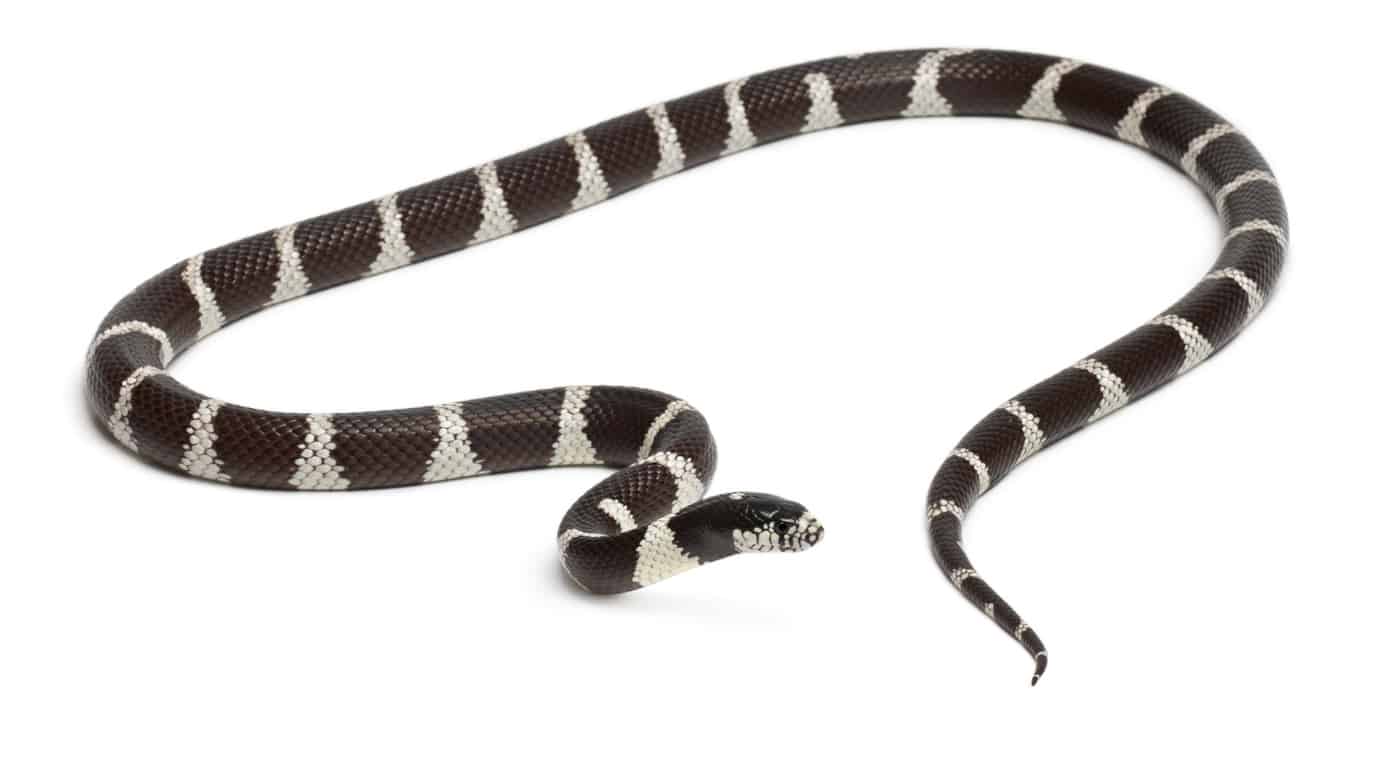 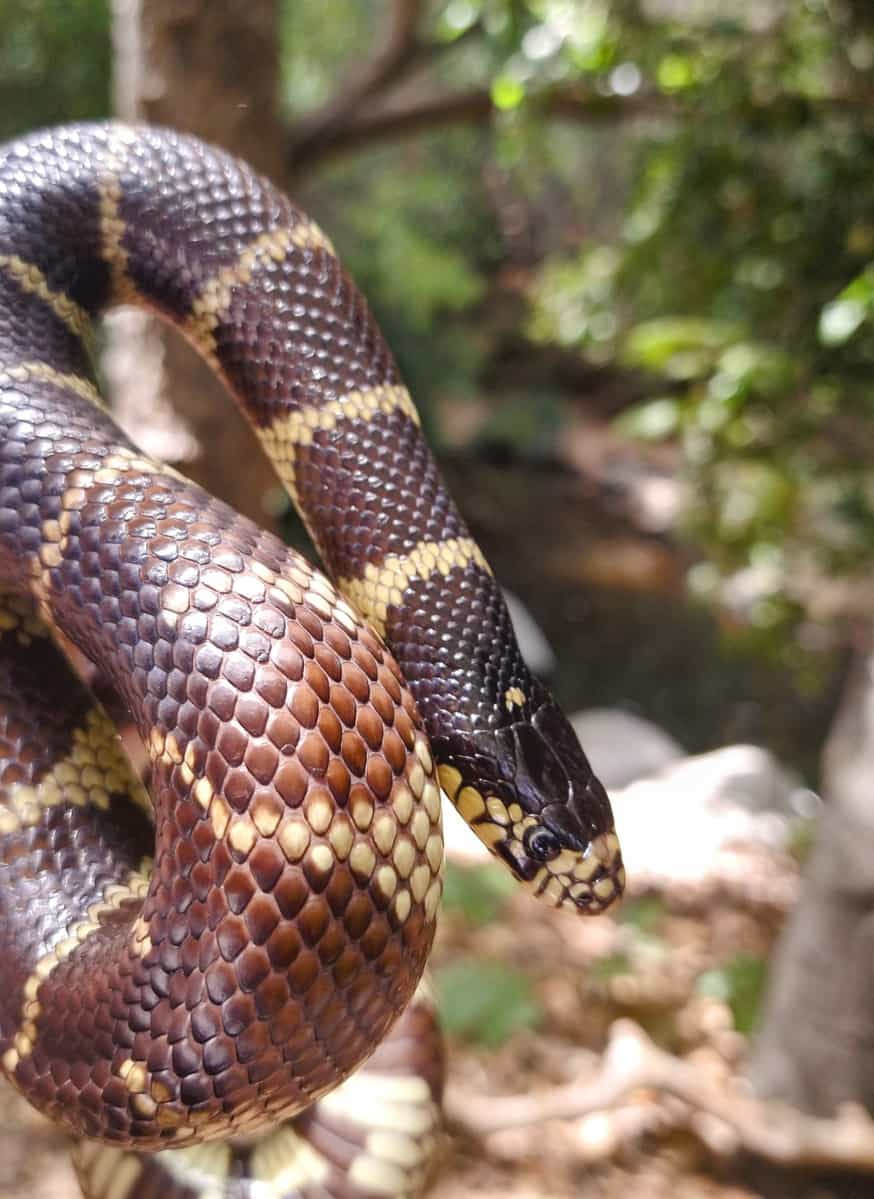 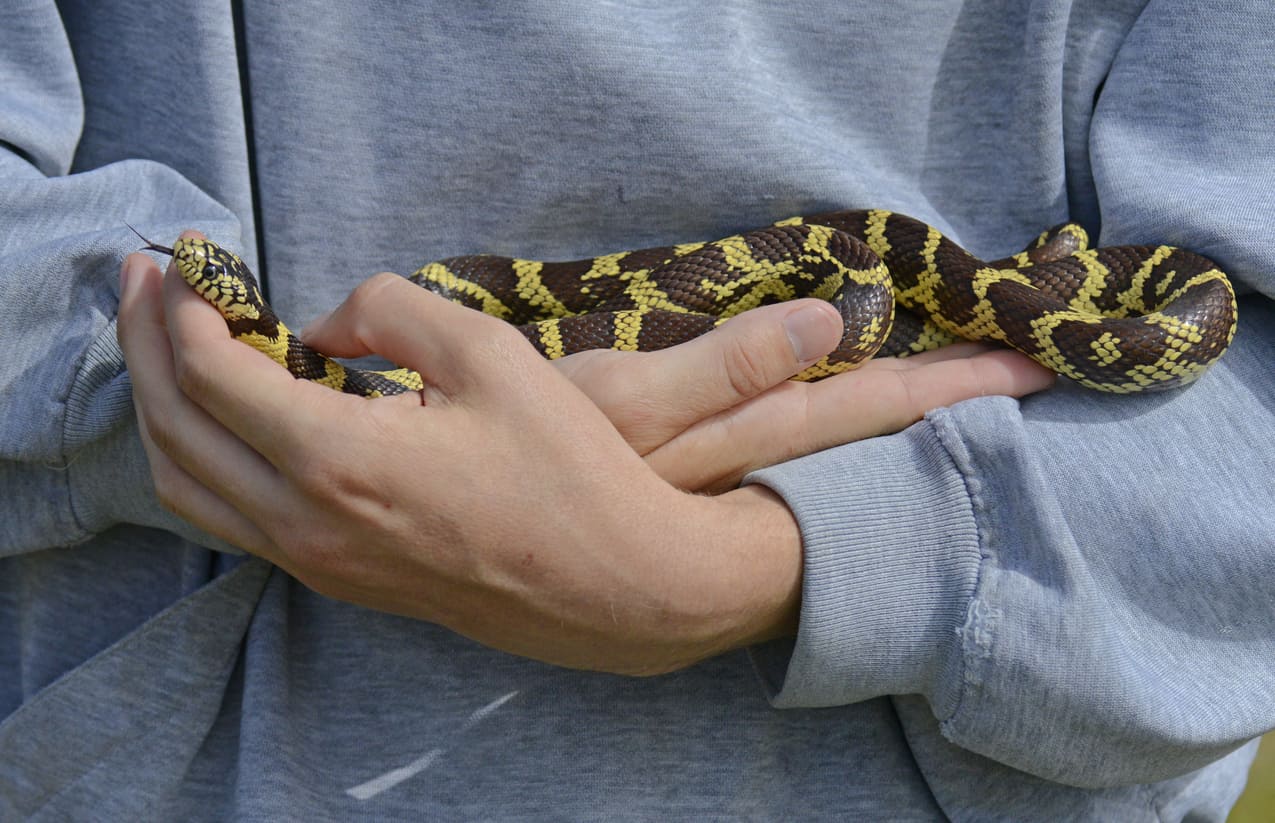 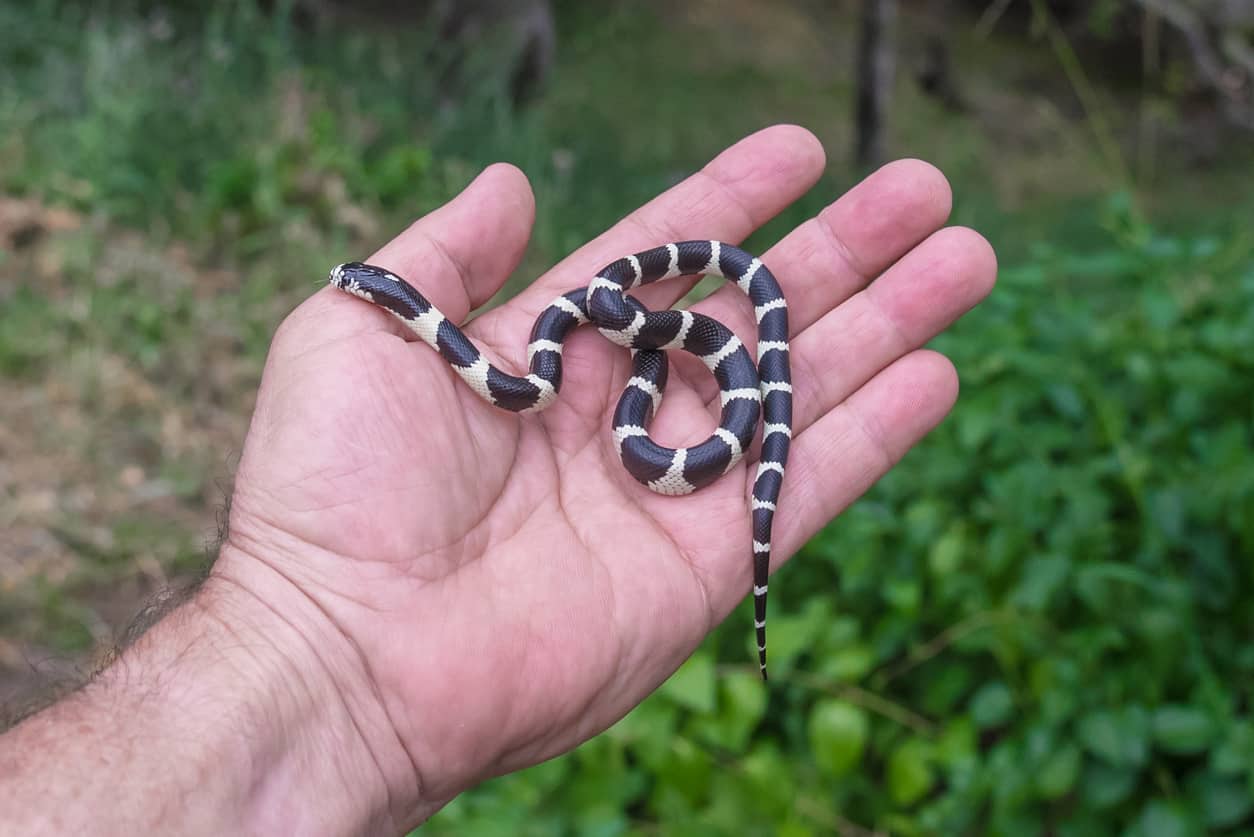 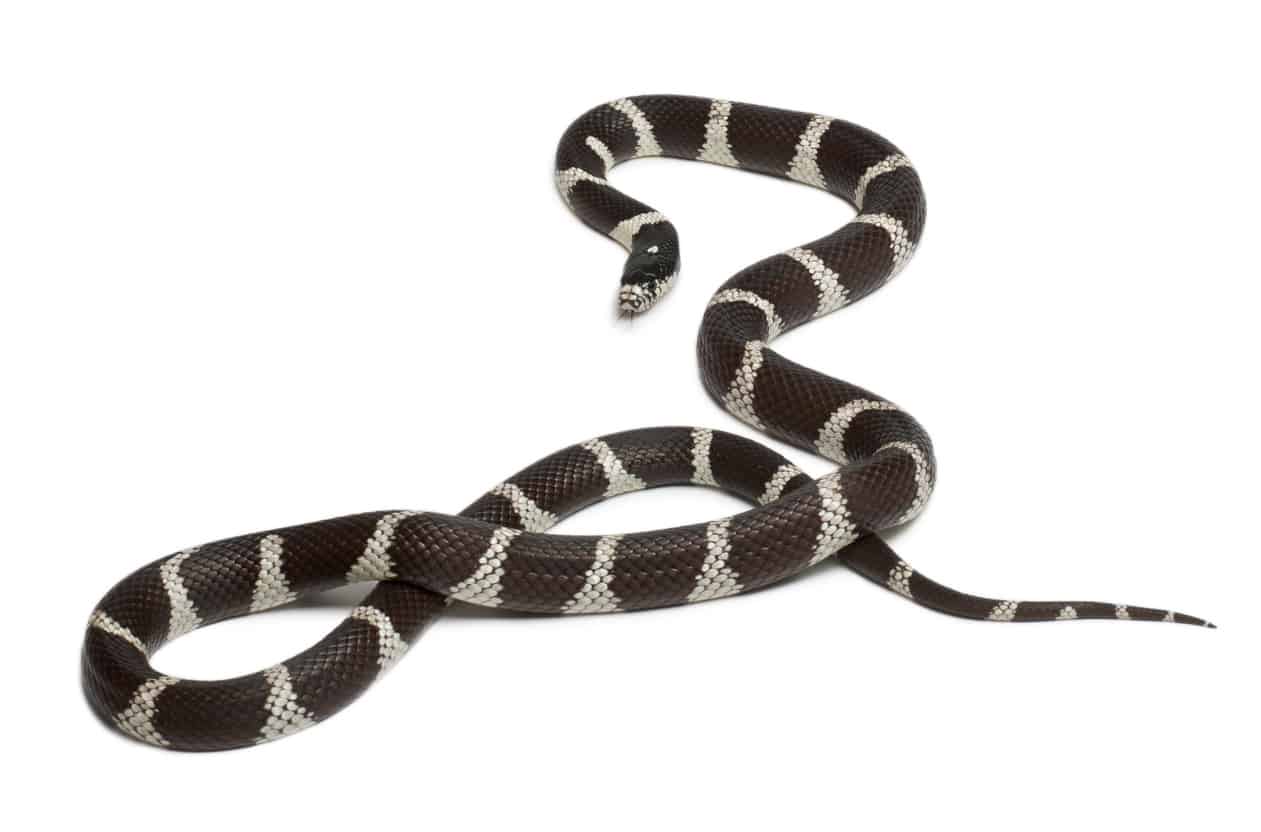 King snakes can grow up to four feet long. King snakes are smaller than other snakes which means they won’t take up too much room. They may sport various patterns with black, brown, yellow, and white spots and stripes, in various combinations and patterns, as shown in images above.

They can look like coral snakes but have red to black bands. This eye-catching mix of colors and patterns makes the snake’s movement very intriguing and interesting to watch.

Where Can You Find

King snakes like to stay cool so they may want to burrow under piles of leaves or under the ground especially in the warm summer months. In the cool months, you may find king snakes out in the open around wet areas, especially around riverbanks and swamps. King snakes are also commonly found in forests, grasslands, grassy and leafy sections of suburbia, rocky fields, and deserts.

King snakes are actually immune to the venom of some venomous snakes. They also feed on smaller animals such as rodents. This means that if and when you see one in the open, it is best to leave it alone. King snakes play an important role in keeping the balance of the ecosystem and therefore it does us and the environment a lot of good if king snakes thrive in their natural habitats.

They do not bite people unless provoked.