Blue Jays are mean and aggressive to other birds. They do not like competition for food. They will form groups to attack other animals, birds, or humans.

Blue Jay birds are native to North America including Minnesota. They are crested and large songbirds. They have a bright blue coloration. These birds are popular for their intelligence, high aggressiveness, and beauty. 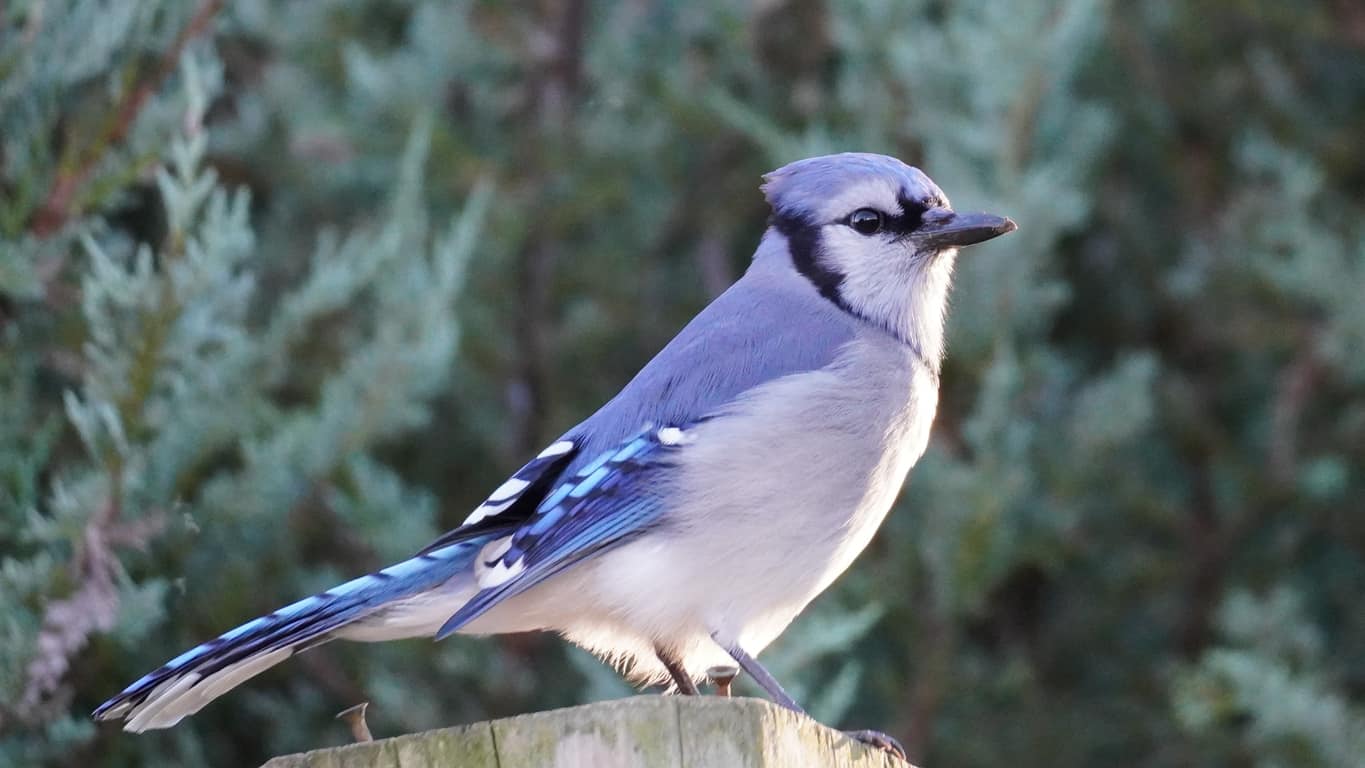 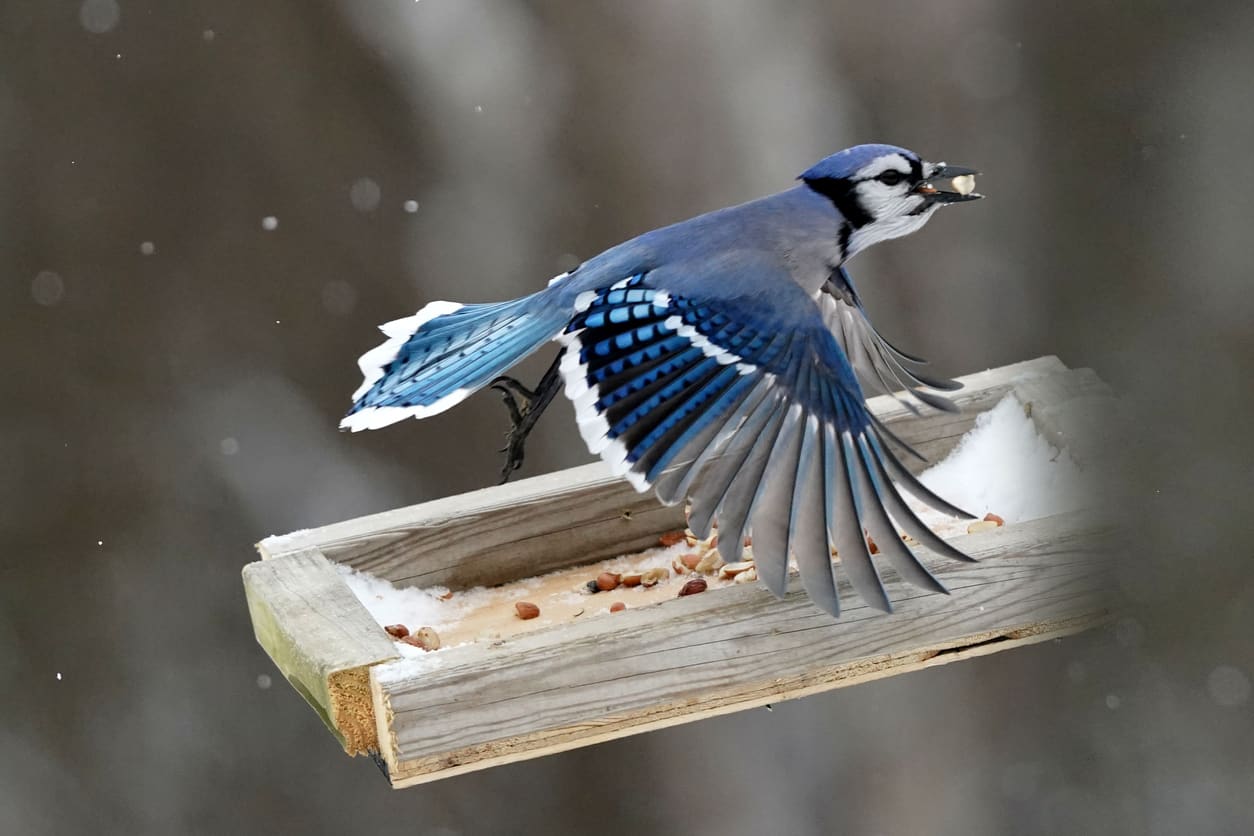 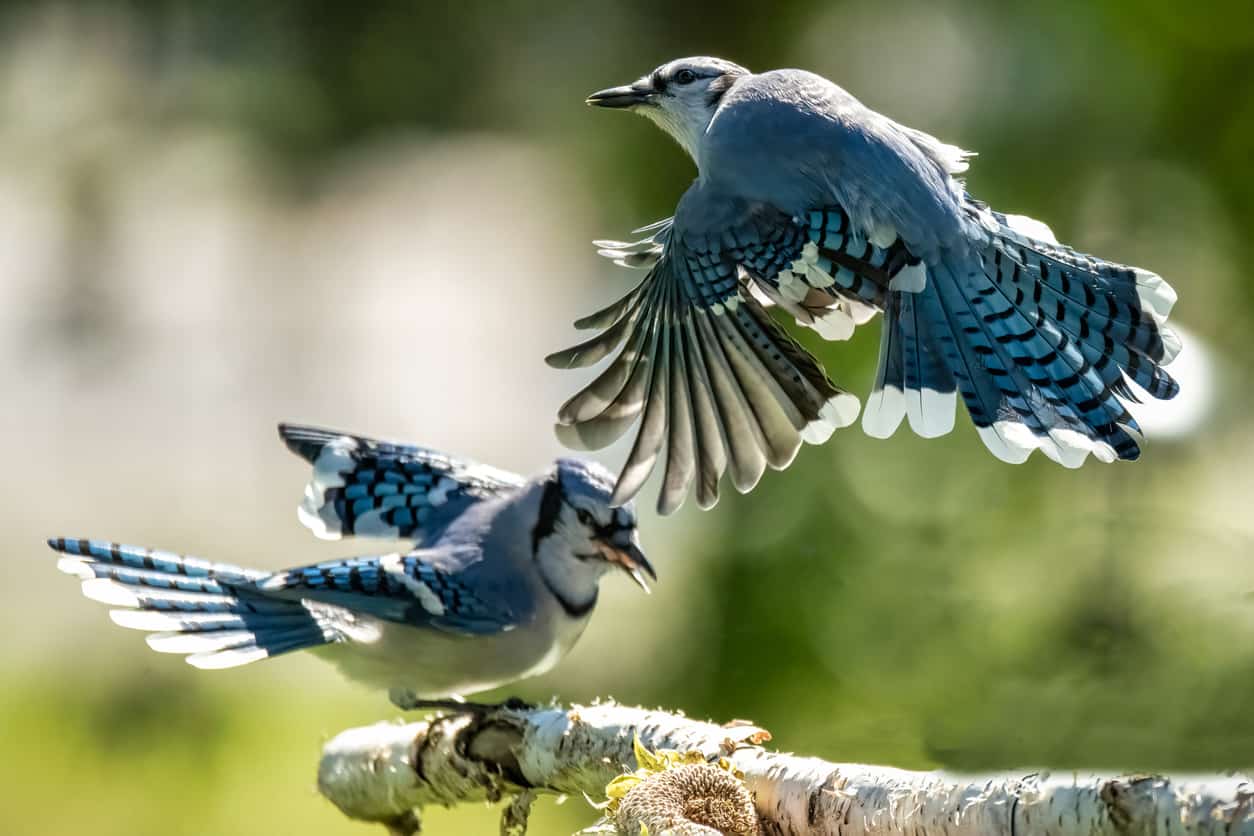 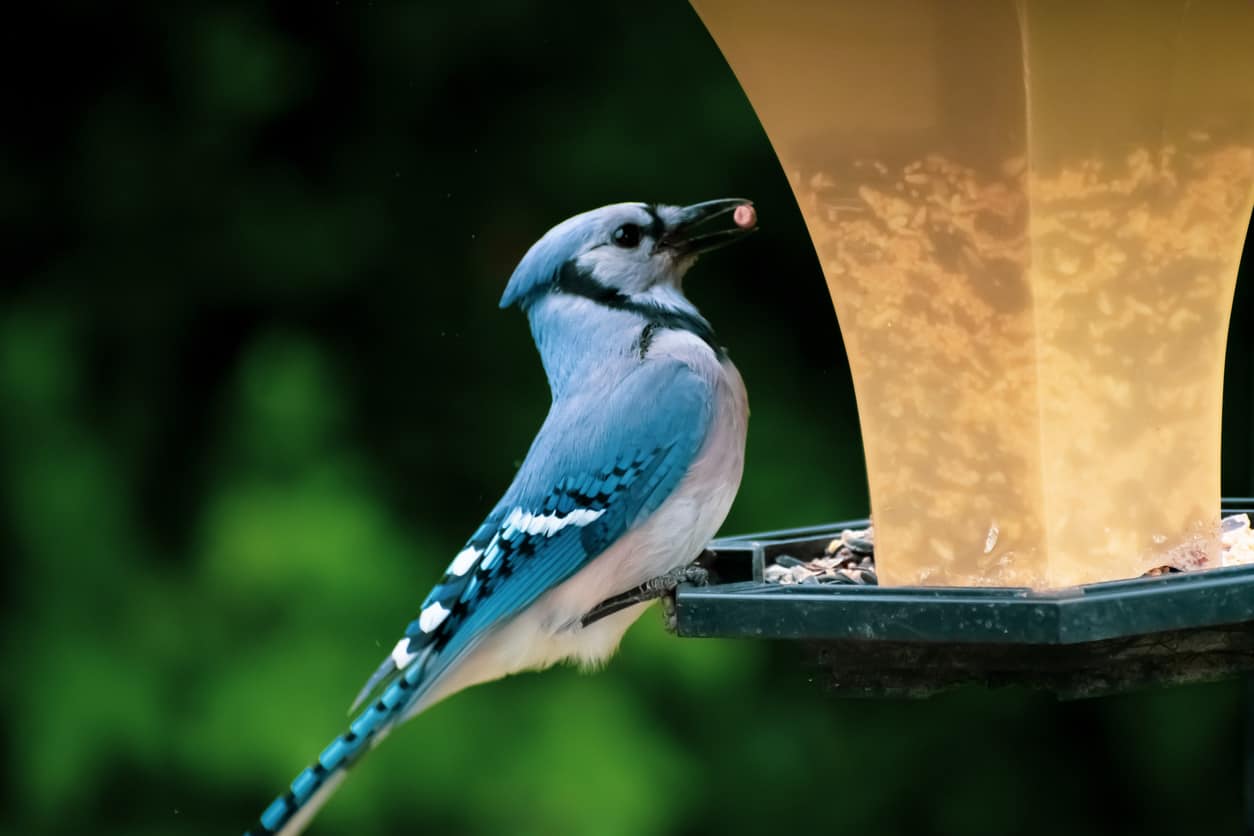 Blue Jays measure 10 inches long. They also weigh around 3 ounces. The distinctive feature of the birds is blue crests on the heads of the birds. The bird may lower or raise the bleu crest, depending on their moods. When the bird is frightened or aggressive, the crest tends to bristle outwards.

The blue jay is known for sporting a colorful plumage on its wings, crest, tail, and back. They have a white face, but their underbelly is off-white. The neck of the Blue Jay is black-colored, extending towards the head, the legs, bills, and eyes. Blue Jay’s wings and tails are characterized by sky blue, white, and black bars. Both the female and the male Blue Jay are almost identical.

Blue jays will usually live under small flocks. Besides, they are widely protective of the sites where they nest. The birds are highly subjectable to being predated by eagles, hawks, and raptors when flying alone. But when they are in groups, they will usually mob a lot of large birds to fight them away.

Blue jays are capable of imitating the calls of their predators. These birds can use the imitation capabilities to tests whether the predators like eagles are nearby. They can also use this capability to scare other birds that fear the eagles. Therefore, these birds will disappear and minimize competition for food with the Blue jay. Blue jays may attack other animals and even human beings when they come too close to their nests.

Blue jay acquire coloration from the light interference due to the internal structure of their feathers. Crushed feathers do not maintain the bird’s blue coloration.

Blue jays are characterized by high curiosity; the young blue jays are famous for playing with aluminum oil and bottle caps.

The breeding period of the blue jays ranges between Mid-March and July.

The preferred nesting sites for the blue jays are shrubs and evergreen trees with heights ranging between 10 and 35 feet from the ground level.

Blue jays are monogamous. They stay in these pairs for life.

The flying speed of the blue jays is 24 miles per hour.

Creatures like cats, squirrels, crows, raccoons, hawks, possums, snakes, and other mammals or raptors are predators to the Blue jay’s eggs.

Blue jays exist in four subspecies. The first category is the Northern blue jay. The bird lives in the northern parts of the US and Canada. It has a pale blue coloration and a fairly dull plumage.

The second subspecies is the coastal blue jay. The bird is vivid blue. The bird is found in the southern coastal parts of the eastern US.

The interior blue jay bird is found in any part of the Midwest, United States.

Finally, the Florida Blue jay is much like the Northern blue jay in color. Nevertheless, it is the smallest of all these subspecies.

You can find the blue jay birds in the coniferous, deciduous, and mixed forests in different parts of the central and the eastern United States. They are also found in Southern Canada. You can also find the blue jays in suburban residential areas and parks. Blue jays are usually guests to the backyard bird feeders.

Some birds reside permanently in their range. But some flock in groups of 5 to 250 birds for migration towards the south.

Most of the migration behaviors among the blue jays are still a mystery. For instance, blue jays can migrate after one year, stay in the range for the next years, and then migrate again in the next year.

Some experts explain that one of the causes of blue jay migration to be the scarcity of their winter food. Besides, the birds migrate when the weather conditions become harsh.

The migration of younger blue jays is likely to occur than the older blue jays. Some people theorize that jays likely to live to old age are the ones whose migration behavior is less frequent.

Blue jays are omnivorous. Their black bills are so strong that they can break acorns and crack nuts. The birds also eat insects, seeds, fruits, frogs and mice.

In some cases, a blue jay may raid a nest to eat eggs and chicks. When eating the nuts, the bird holds them with the feet and cracks them using its bill.

The blue jay is a spreader of seeds. The bird buries some seeds and fruits as preservation to eat later. Those that the bird does not recover germinate and grow into bigger trees and plants.

Blue jays do not like competition when feeding. They chase smaller birds from the feeders. More so, they typically keep their distance when medium birds like woodpeckers are on the feeders.

Blue jay uses sticks and twigs to build a nest. The inner surface of the nest is laid with grass. The birds place the nests of shrubs and trees. When the nest is constructed, the female birds will lay between four and six eggs on these nests.

The female bird incubates the laid eggs for hatching. Interestingly, the male birds can help the female to incubate the eggs.

The eggs hatch after an incubation period of 17 days. After hatching, both the male and the female birds bring food to the chicks at the nest.

Blue jays are very territorial, mean, and aggressive. They may usually group with other blue jays to attack predators and intruders. When other birds are competing with the feeders, they will usually chase them away and feed alone, here is a video example: