Mirage Arcane Warfare was a skill based multiplayer FPS game.

The setting was fantastical Arabian and Persian deserts, markets, and palaces. Here are some screen shots: 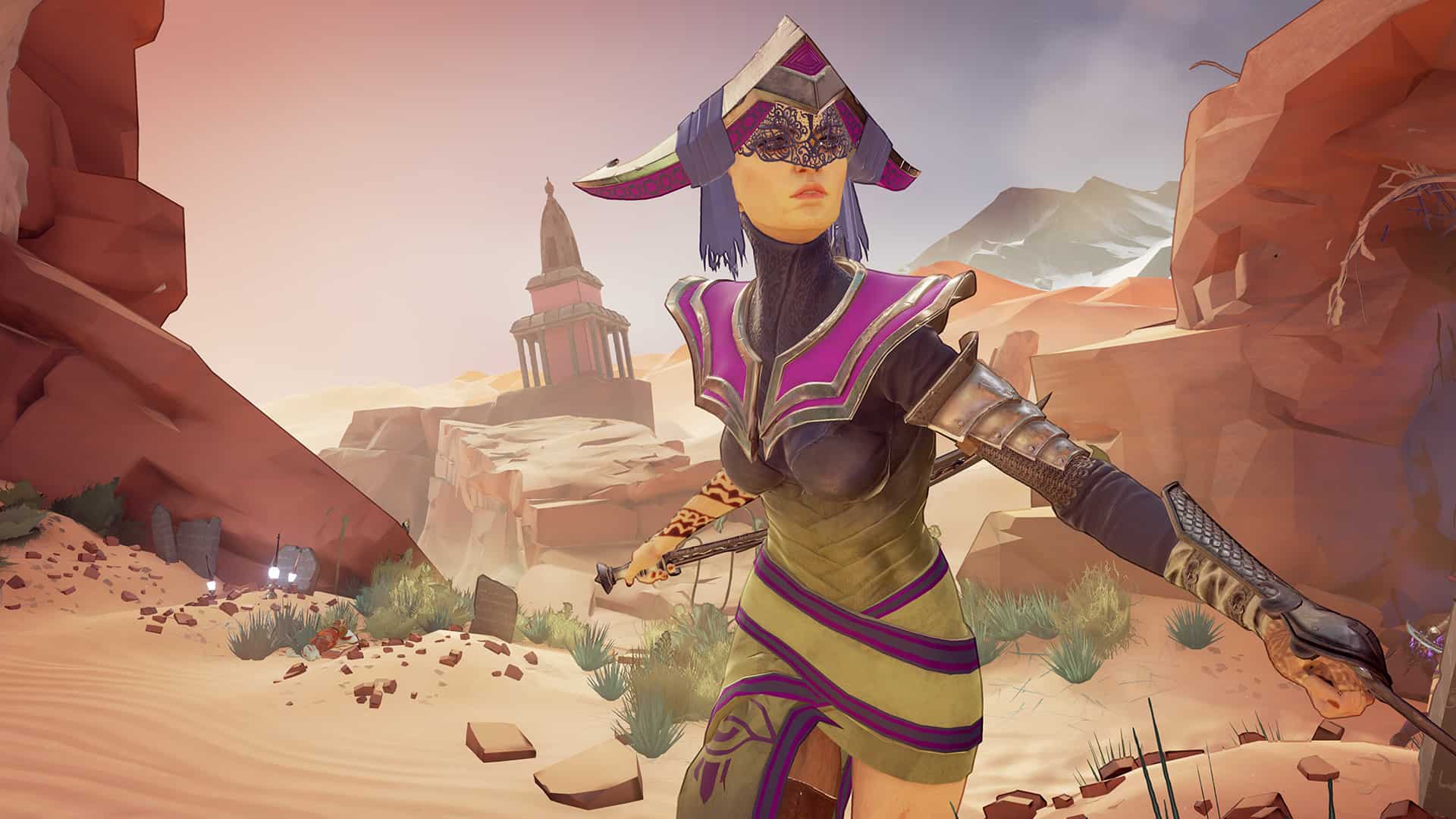 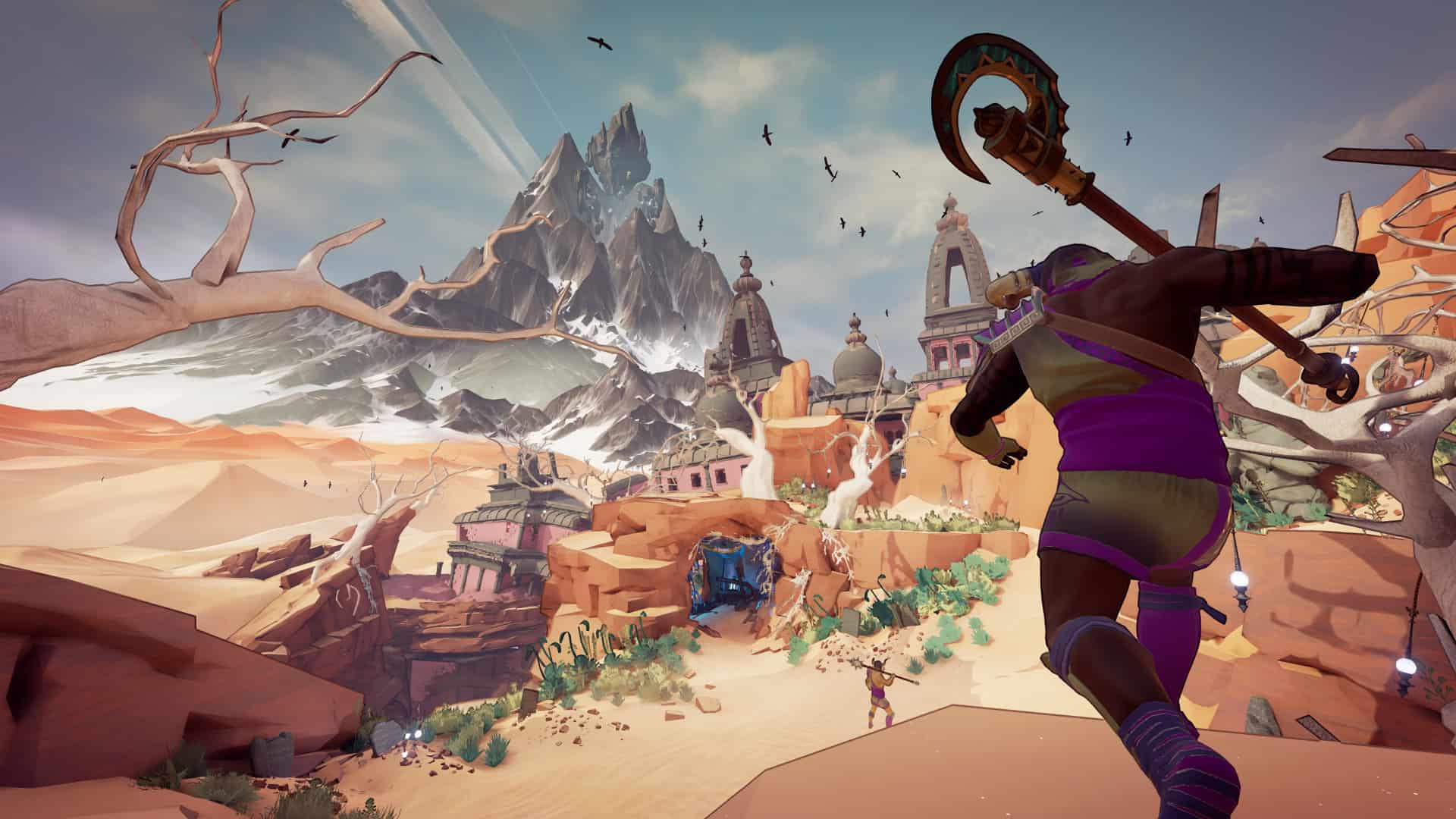 Players could use combat weapons made from steel like daggers, knives, spears, and swords. Others could skip weapons in favor of magic. 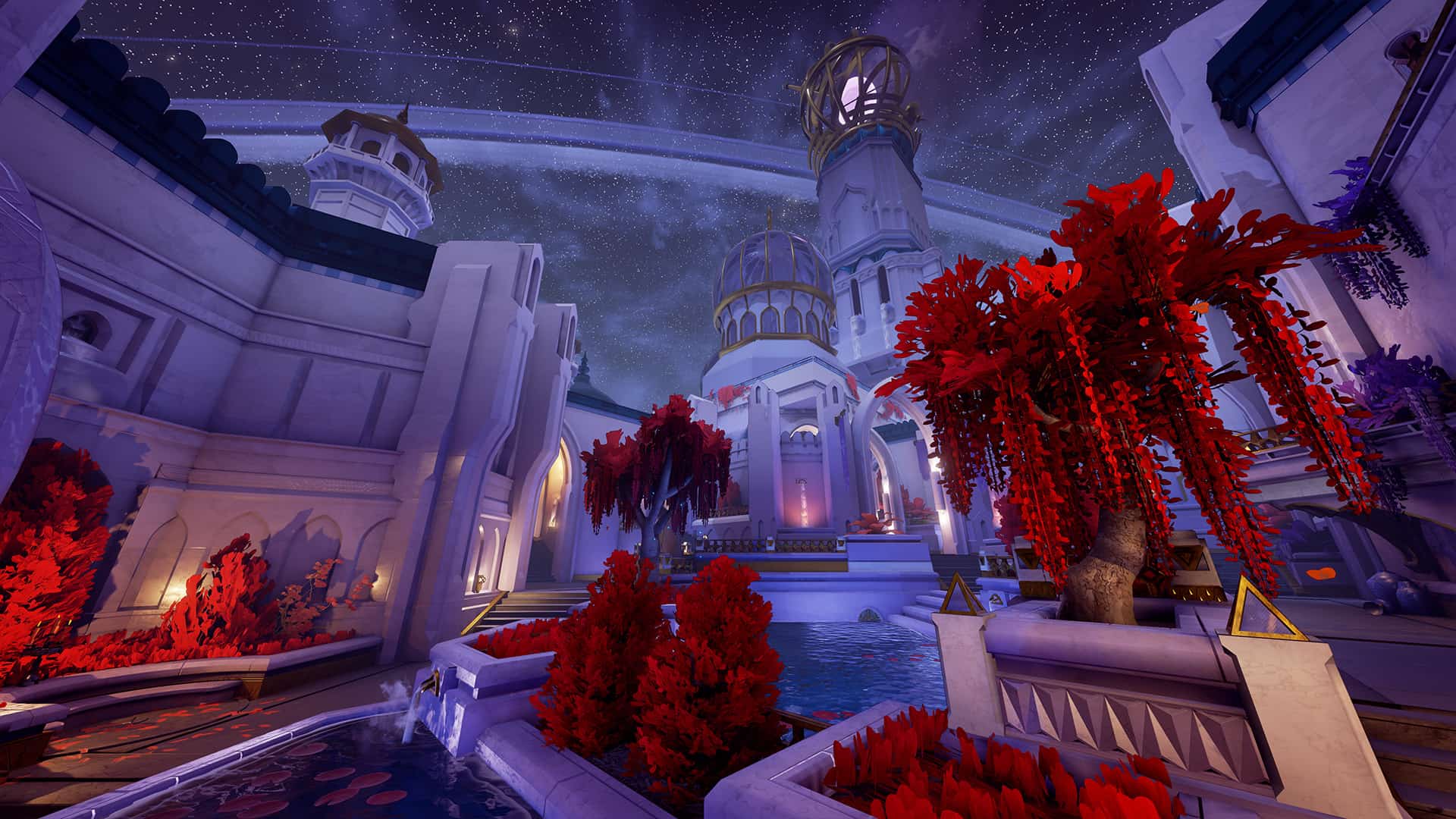 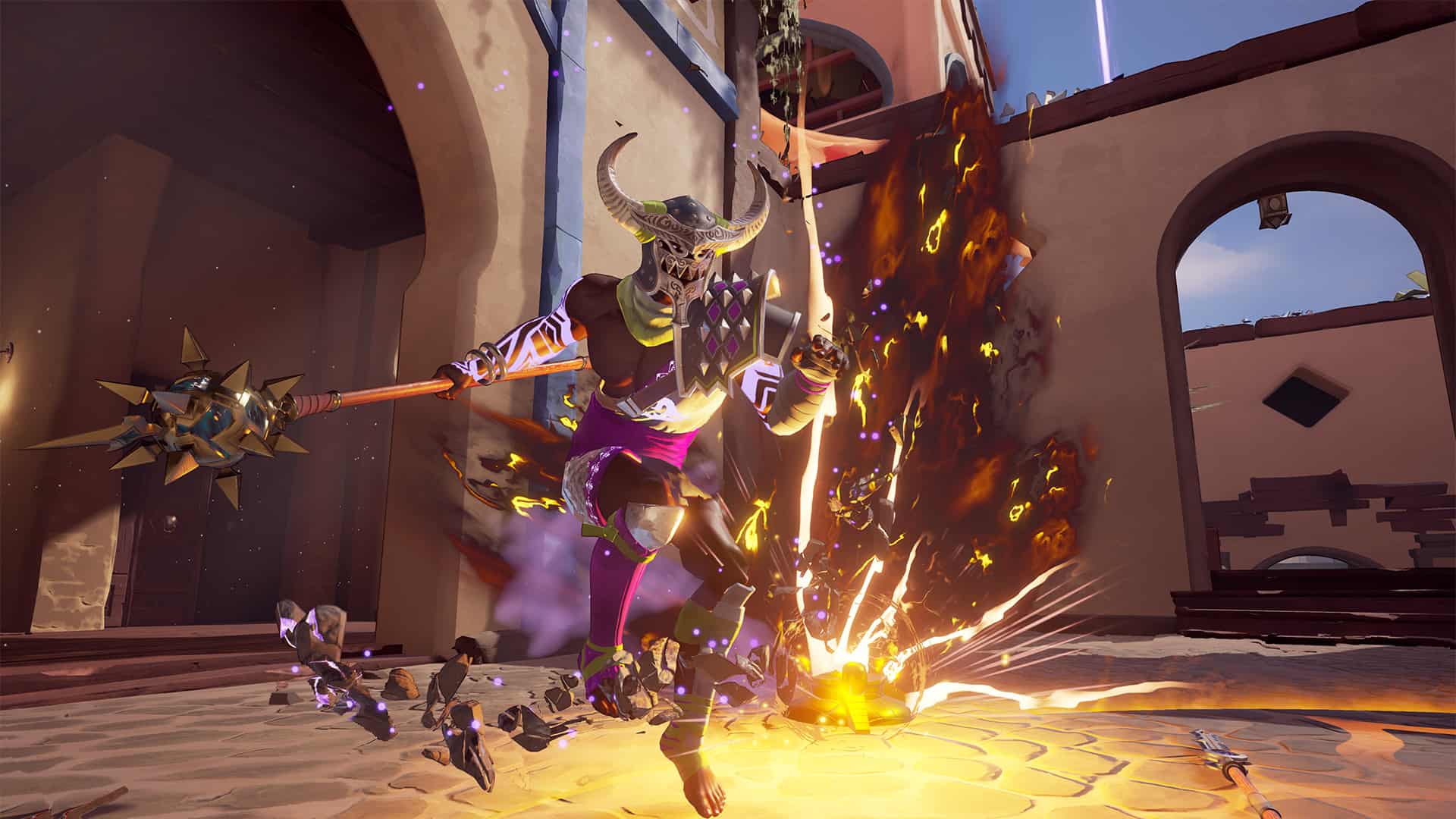 The PC game was removed from steam due to GDPR regulations. 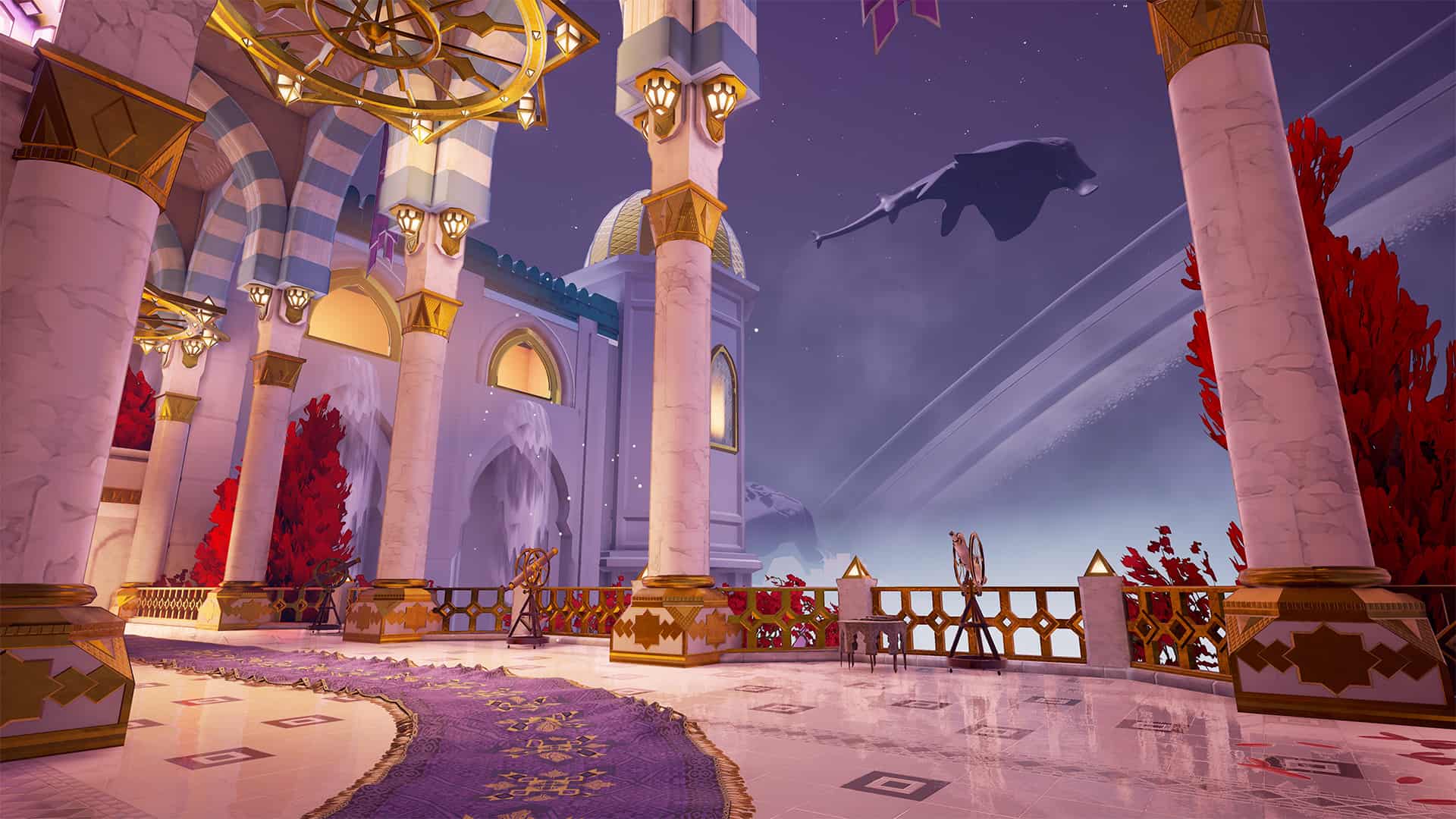 There was ruthless warrior fighting in a virtual civil war. You needed first person shooter skills and fought using one of six characters. 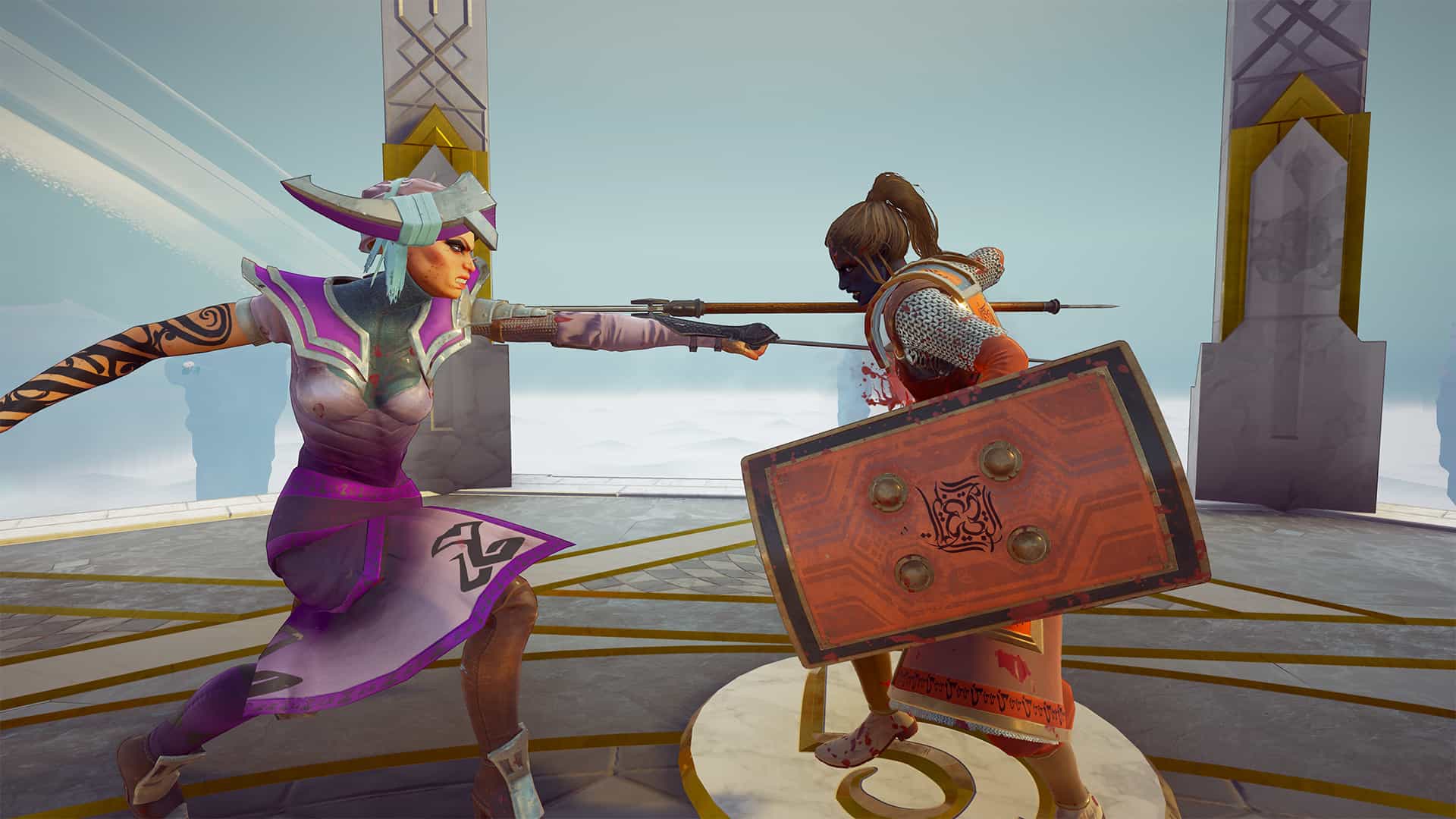