If you’re living within Florida, there’s a big chance that most of the flying insects you’re encountering are wasps. Yikes.

Here are some of the most common wasps encountered, what they look like, and how to deal with them. 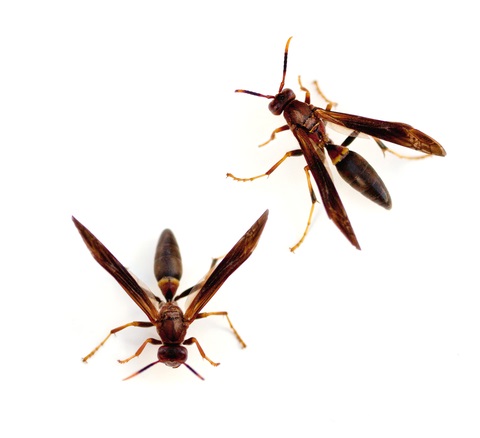 The color of paper wasps can vary. They can present themselves with yellow dotted with brown spots, black with red or yellow spots, dark brown, orange, and even red. As these wasps are social, you should probably expect more of them once you see one, as they tend to travel and nest together in clusters.

While they aren’t as threatening as other types of wasps, Paper wasps can get quite aggressive only if they’re disturbed or if their nests are attacked. One of the biggest problems related to this is if their nest is situated near your door or window, as you might trigger them unknowingly while doing your daily activities. Therefore, you should make sure that such areas are free of nests so that you’ll avoid certain situations from happening.

Their nests are usually akin to that of paper, hence their name. Aside from that, they also look like an inverted umbrella, which can hold over 200 wasps. You can usually find their nests in inconspicuous areas like shrubs or under the eaves of particular infrastructure like buildings. 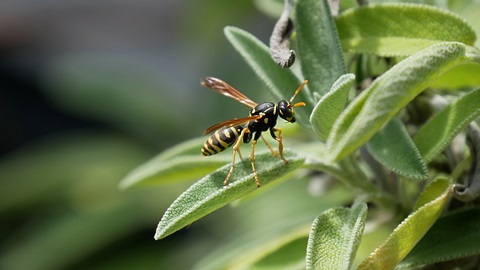 Unlike Paper wasps, Yellowjackets are one of the most dangerous types since they can get very aggressive towards humans. These species are usually triggered when their nests are disturbed or if you’re simply just trying to swat them away. What makes these Yellowjackets threatening is that they’re also likely to sting a person more than once. Also, since their nests can hold up thousands of wasps, there is a huge possibility that you can get stung by a large number of insects once you disturb their nest.

Moreover, even if you try your best not to disturb them deliberately, it’s relatively easy to accidentally do so since their nests are often built in burrows left by other animals in gardens or yards. However, different types build their nests in the gaps of walls, cavities of trees, and in-home garages. 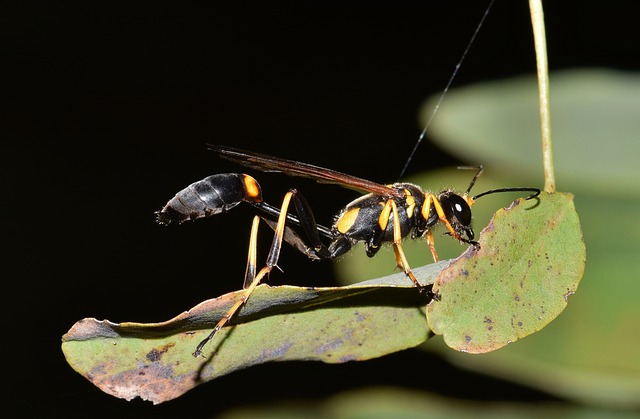 These are black wasps that appear long and thin in shape, around an inch long. Usually, they possess a yellow marking at their waist area and are known not to sting and be aggressive towards humans.

Mud daubers are deemed solitary wasps. This means that each wasp builds its brood chamber or nest. Like their name, they use mud to build their nests on the sides of buildings or eaves and typically comprise several side-by-side tubes. These tubes can range from an inch to ten inches per piece, depending on the Mud dauber type. They use these nests to lay eggs where they put paralyzed spiders in each where the larva feeds until it grows big enough to leave. 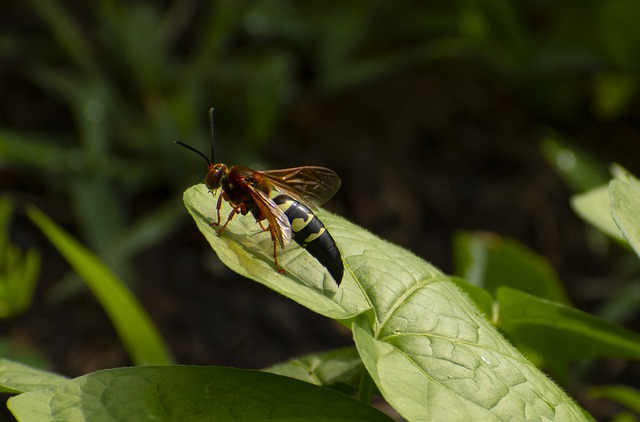 Despite their name, cicada killer wasps are not known to be aggressive towards human beings. However, male species of this type can annoy you by hovering around when you disturb their territory. Still, they can only do as much as this since they don’t have stingers they can use to attack you with. Only females have stingers but aren’t known to use them to attack.

These wasps are about one inch and a half long and are often black with orange wings. Also, they have yellow markings on their abdomen. Their appearance makes them look intimidating since they’re relatively large compared to other wasps.

Cicada killer wasps aren’t social, so only female wasps build their own nest. These are usually located in sunny areas with dry soil, lawns, or flower beds near trees that have cicadas.

They typically do this by digging onto the ground, ranging up to 70 inches long. So if perchance you see a hole in your garden that is surrounded by piles of soil, you know that it might probably be a cicada killer nest.