Why is Electricity Blue? (Lightning for Example) 9 Images

When we see electricity in the form of arcs, whether it is lightning, welding, or displays at your local Science Center, it is occurring (most often) in ordinary air. As mentioned, light passing through air is largely unaffected except for a tendency to scatter its blue component so that it more easily reaches our eyes.

Add to this that when air is highly energized (for example, with lightning), instead of behaving as an insulator, it becomes a conductor; there is so much energy that nitrogen’s electrons can momentarily jump from a lower energy electron shell to a higher one. 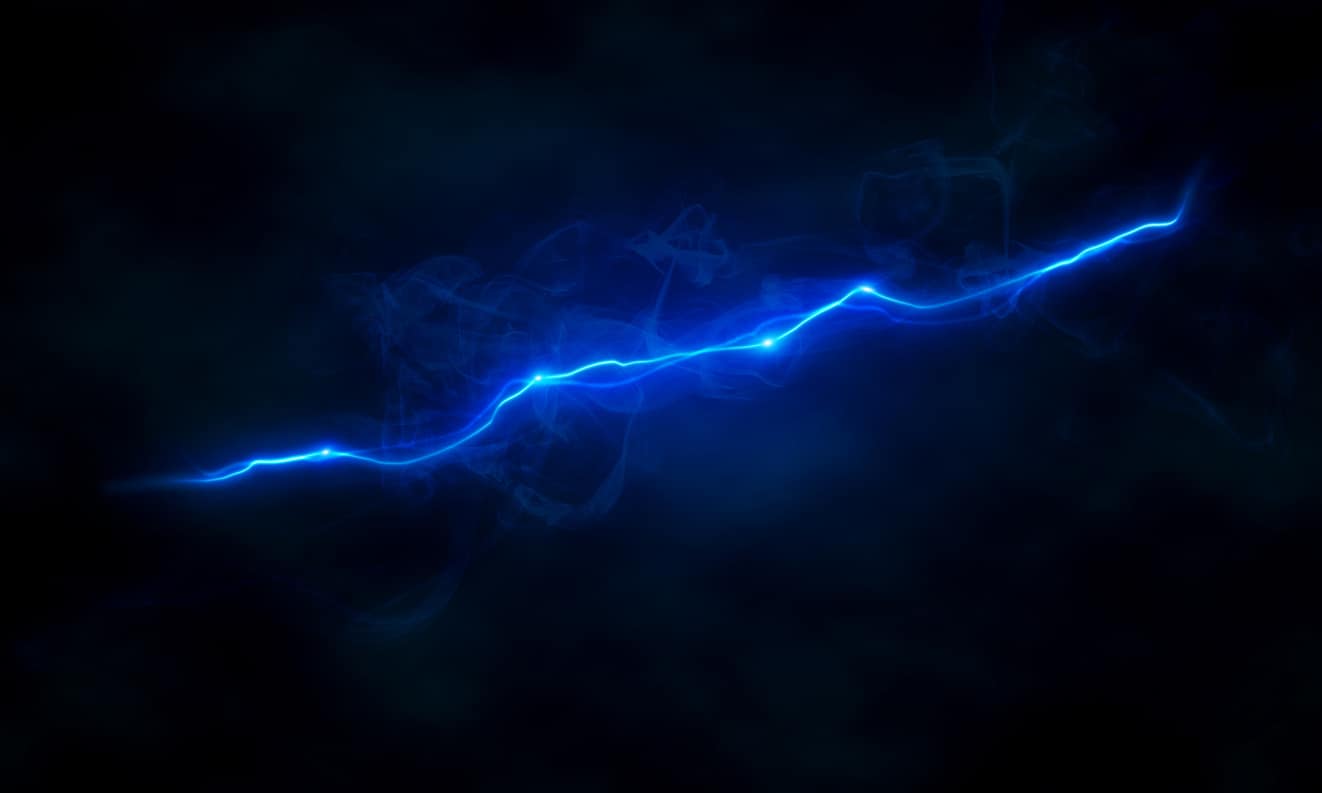 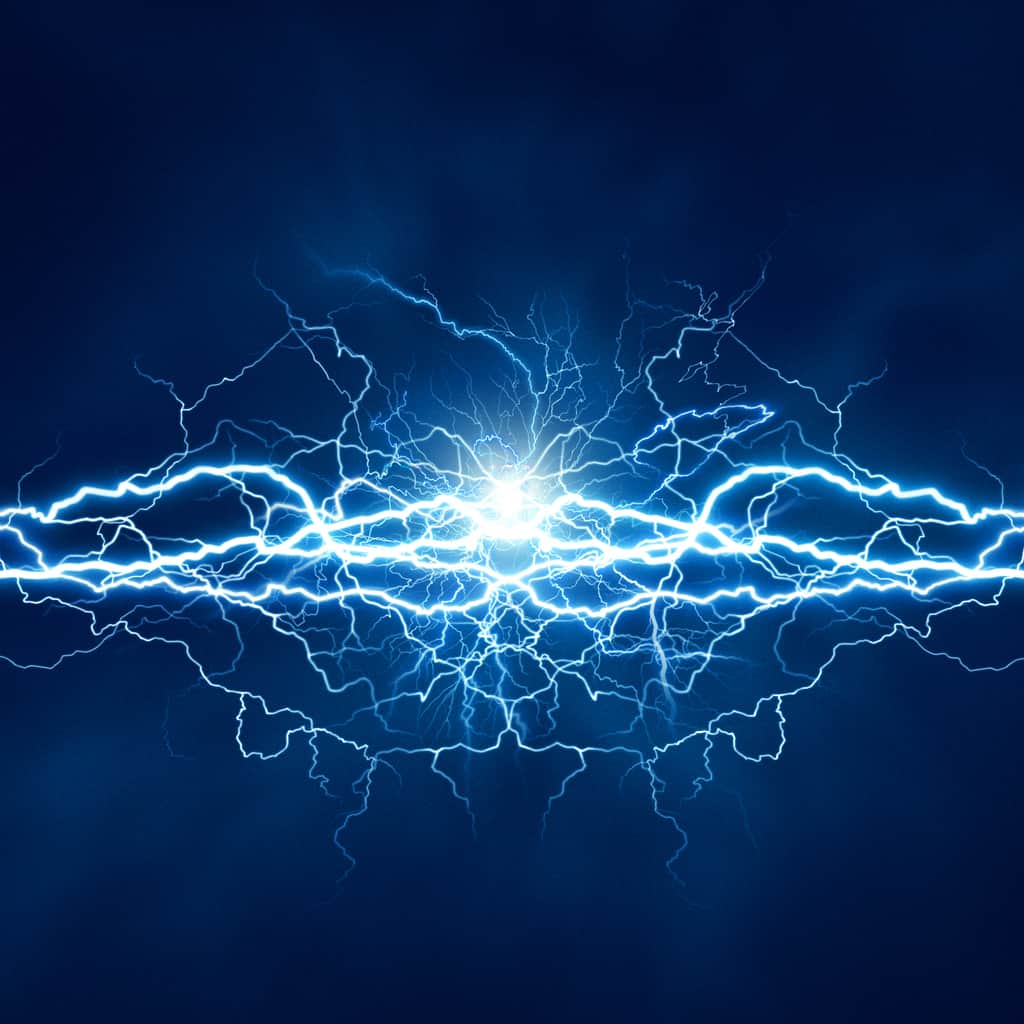 As it drops down again to its normal and more stable configuration it releases a photon of light to get rid of the energy which, in the case of nitrogen, is a blue photon. It does this over and over until the source of energy is removed and the arc ends…

And yes, we hear you ask “Why is heat lightning red then?” Well, it’s not really red, but because this lightning (also known as summer lightning, silent lightning, or dry lightning) is so high and distant (often 100 miles/160 km away) it experiences the same color shift as a sunset because it is passing through so much of our atmosphere. And, as one of its names implies, it is so far away that you can’t hear it.

And yes, sometimes the arcs from welding (which you should never, ever look at without eye protection) are actually green or purple instead of being blue or blue/white. This is due to impurities in the metal, or the flux used to protect the metal and keep oxygen away while it is so hot. Iron impurities can result in a greenish color, while magnesium can generate a purple hue.

Two other types of welding, called TiG and MiG, can be used fluxless for delicate precision work. These arcs are almost completely white because their ceramic tip shields provide a continuous curtain of an inert or non-flammable gas such as helium or carbon dioxide. Not only does this keep nitrogen-filled air away from the metal being welded, but it keeps the metal “pure” and with no “sputter” so that the welds are almost perfectly smooth. 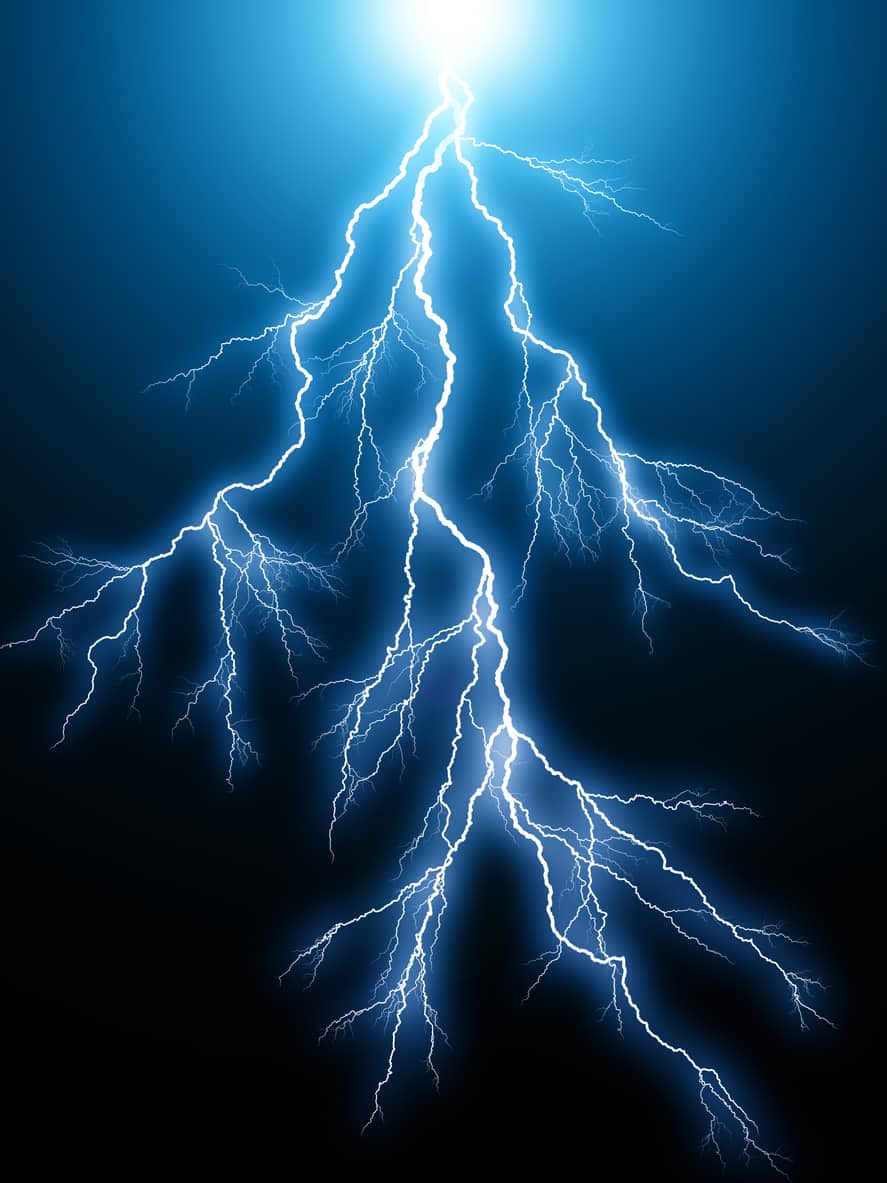 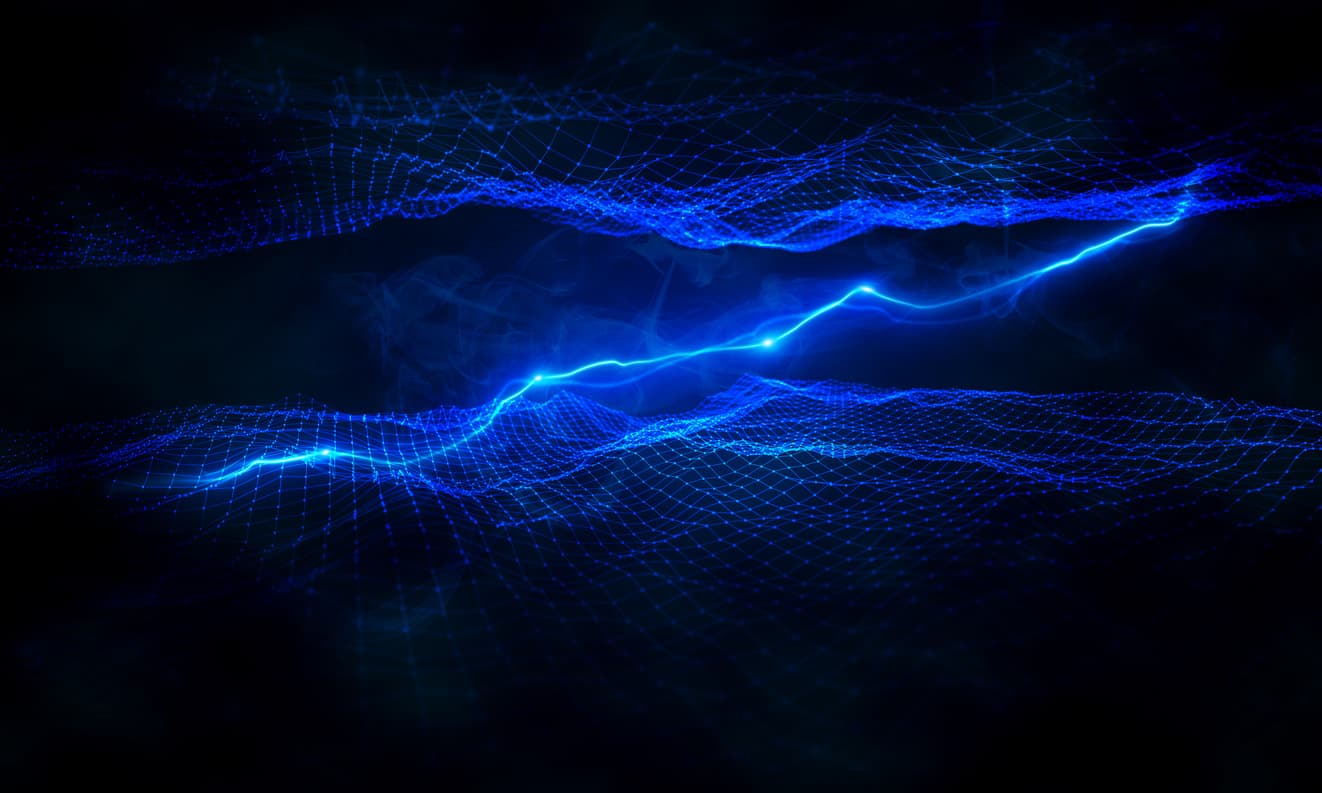 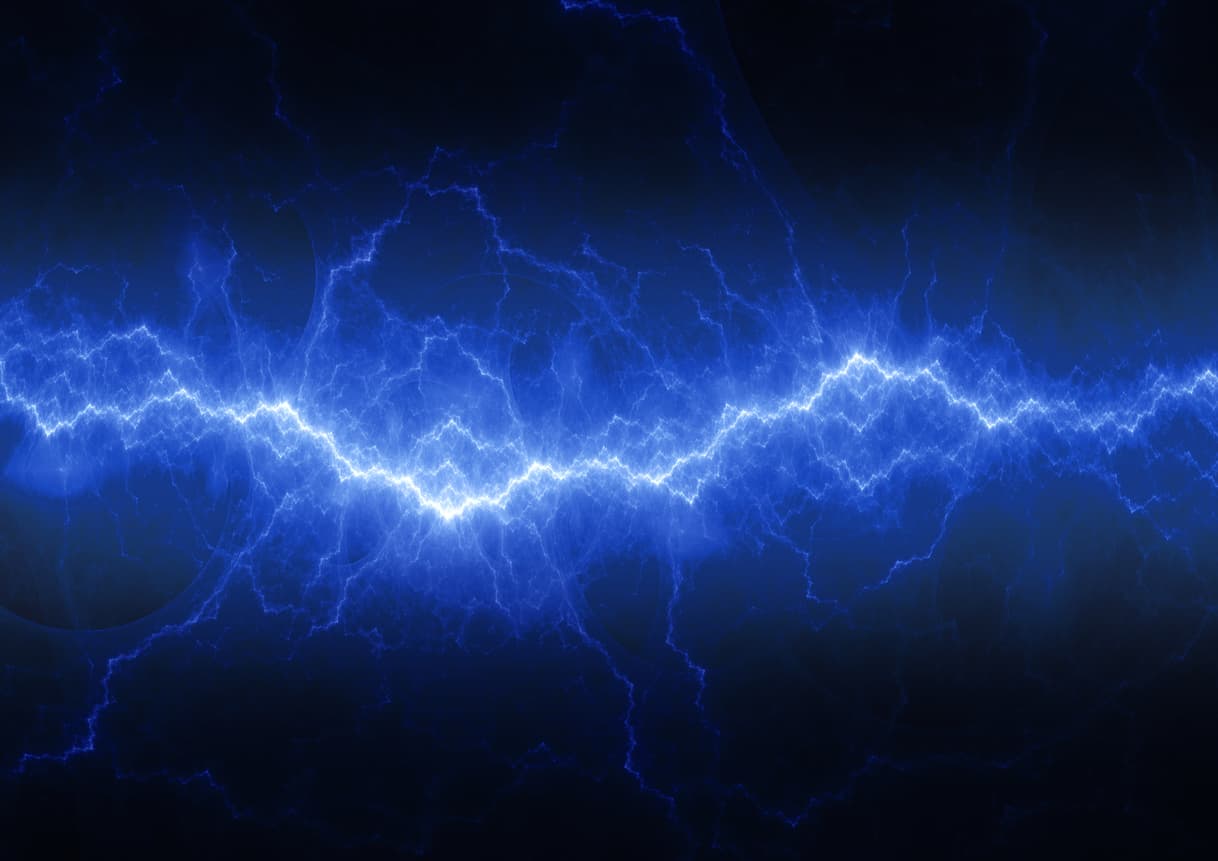 TiG uses a tungsten electrode (which is not consumed) in a gas shield, hence (T)ungsten (i)n (G)as or TiG. This type of welding relies on the heat of the arc to liquefy the metal to make an almost unbreakable connection. A filler rod of the same metal can be used if necessary to bridge gaps.

MiG, or (M)etal (i)n (G)as, uses a wire electrode that is fed at a constant rate, and which is consumed. The heat of the arc melts the surfaces to be joined, and the wire acts to fill the gap between the pieces to make a continuous connection.

Either type can use flux. This is especially useful in windy conditions where the gas shield may be inadequate to protect the metal from oxygen while it’s hot. The type of flux will alter the perceived color of the electrical arc, too.

AND…one more time, because it is so important: Don’t look at welding arcs with unprotected eyes. The level of UV radiation will give you sunburn on your corneas, causing blindness (hopefully temporary) and constant pain for hours or days. There is nothing you can do to fix it but wait for it to heal. That will be the nastiest time of your life. And the worst part is, like regular sunburn on skin, you won’t know it happened for a while, maybe until hours afterwards when the intractable pain starts.

Why Is The Sky Blue?

The simple answer to this question is nitrogen. As you probably know, nitrogen comprises about four-fifths of our atmosphere, around 78% in total, mixed with 21% oxygen, nearly 1% argon, and some other trace gases.

As sunlight passes through and energizes it, the nitrogen atoms or molecules begins to act like electric dipoles, meaning they have a positive charge on one end and a negative charge on the other. Consequently, nitrogen polarizes and aligns itself with other nitrogen atoms forming a grid.

This action makes it function like a filter, and the coincidental frequency of the nitrogen molecules oscillation is most closely matched by blue light, which is about 490 nanometers. Other colors pass through while most of the blue light is bounced away in random directions. Thus the overall appearance of the sky tends to be blue when its light reaches us.

You can think of it as if all the colors looked like Olympic javelins, except blue, which looks like a golf ball. Throwing them straight through a chain-link fence would be easy for the javelins, but very difficult for the golf balls, which would bounce in all directions. We call this effect Rayleigh Scattering, after John William Strutt, aka Lord Rayleigh, who described the phenomena in the 1800s. 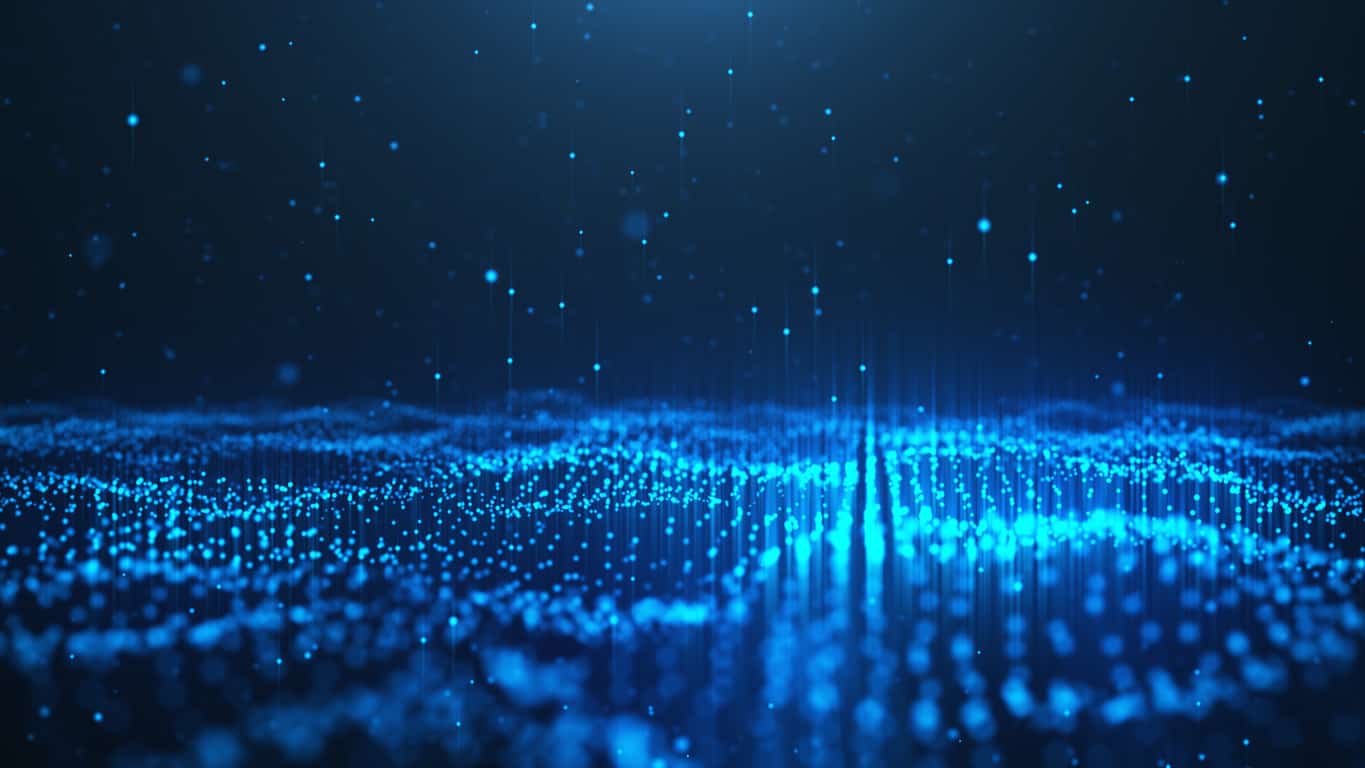 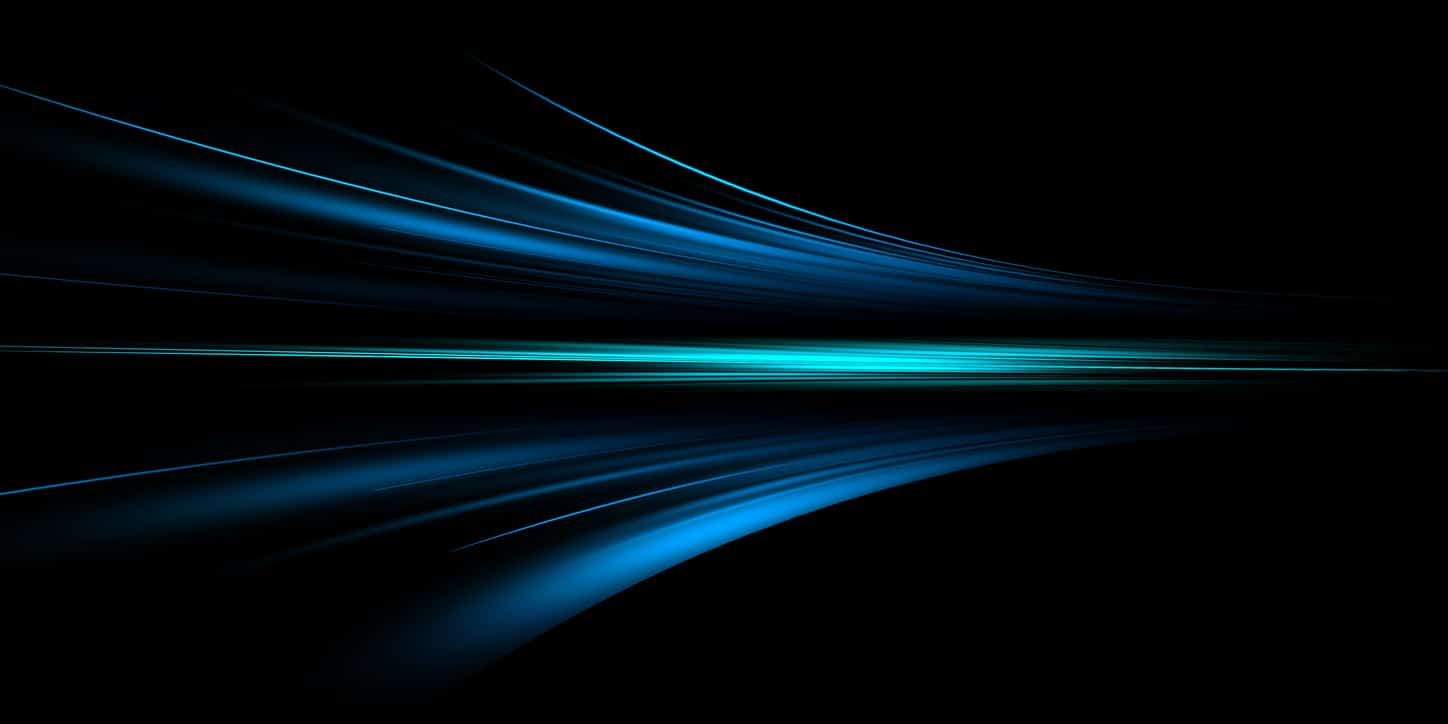 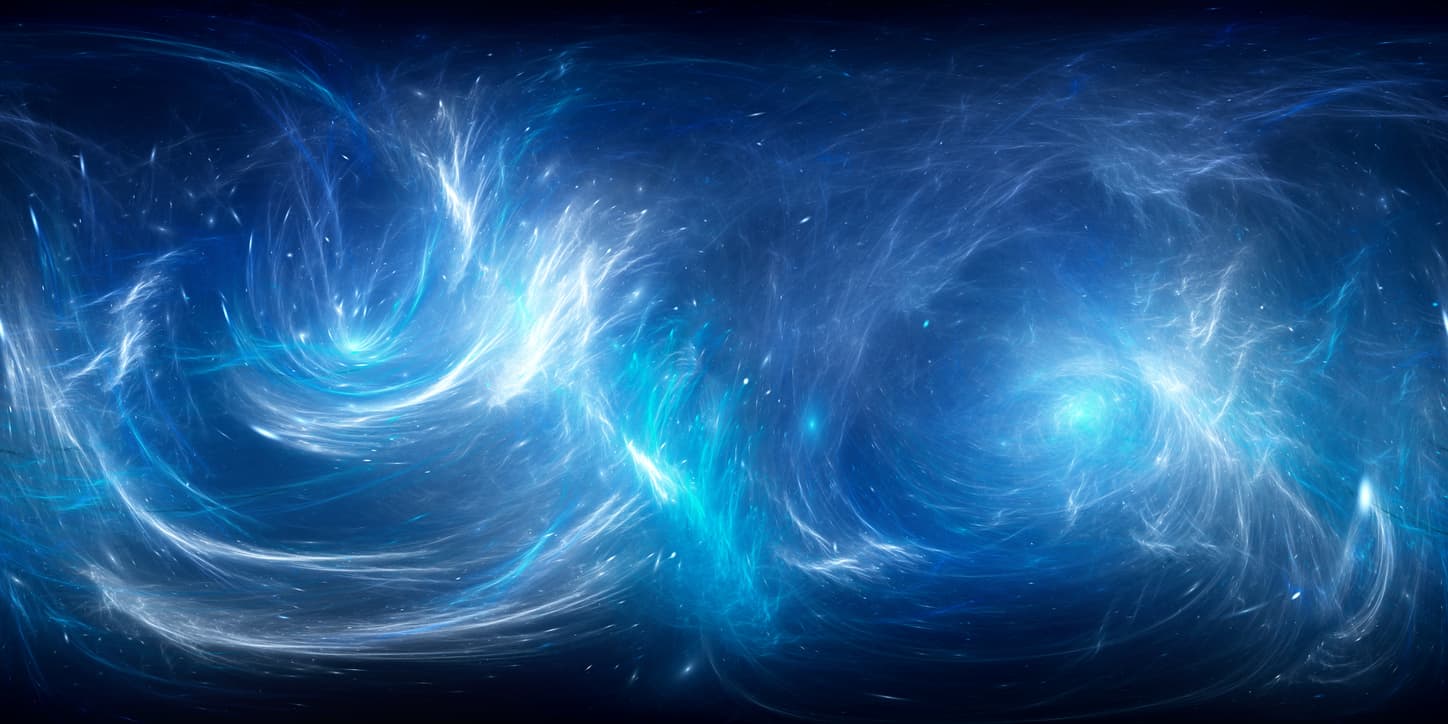 These eye-catching art works, are closed containers made of glass that spawn contained electrical filaments that flutter and flow. Originally they were invented by the genius Nikola Tesla as part of his electrical experimentation.

Plasma is gas that has been split by high energy levels so that many of the electrons are freed from their protons. It is an electronic soup of disassociated particles. The ionized protons and the freed electrons have too much energy to stay together. And while we might think of plasma as being rather rare, it is actually the most common state of matter in the entire Universe—more than liquid, solid, or gas!

Plasma Globes (and an almost unlimited number of shapes available nowadays) rely on an electrode (a “Tesla Coil”) inside to generate about 35,000 Hz of AC voltage of between 2,000 and 5,000 volts. The electrical filaments you see inside are generally blue, but not because of nitrogen.

At first the globes are emptied of ordinary air and then partially filled with neon at less than atmospheric pressure. When powered in this condition they produce a general reddish-pink glow inside. That gas is then doped with small quantities of argon, and this is what allows the blue filaments to form by creating paths the electrons can follow that lead more easily to a lower energy state (ground) near the glass.

You’ll notice that the filaments all stay away from each other because they all have the same negative charge so they “repel” each other. In fact, if you look where they touch the glass, there is a clear space between the foot of each one.

Interestingly, the tips of the arcs are often pink, and they tend to spread out like a support tripod. This is accomplished by adding yet another gas called xenon which helps electrons make broader contact with the glass to disperse the energy more efficiently. Other inert gases can generate other colors, but they are also more expensive so neon, argon, xenon are the most common combination.

The plasma we create to strike a light in an experimental fusion reactor is made with hydrogen gas, and is therefore pink at lower power, moving to magenta as energy increases. Gases like nitrogen are unlikely to be useful in fusion power generation.

Helium and particularly 3Helium (pronounced helium-three), will probably enter the picture at some point and while they should produce plasma of white-to-orange color, in some instances they can range anywhere from gray, to blue, to blue green, so we may yet see blue electricity in our future fusion reactors!

On the whole, however, blue is bad in fusion. It is likely to mean that the plasma is eroding beryllium from the walls of the reactor, or worse, that there is an oxygen leak which will end the fusion reaction. So, don’t be rooting for blue to come true since that probably means more bad than good.