Types of Maple Trees Growing in Michigan (5 Pictures and Info) 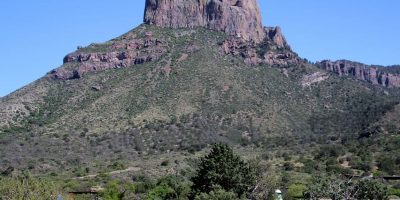 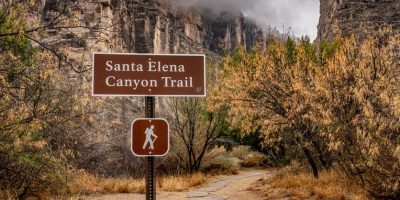 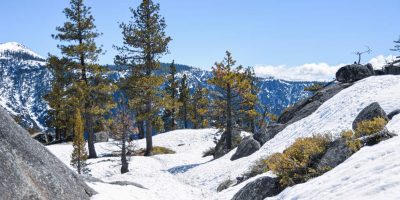 23 Winter Yosemite Pictures That Are So Cool

While most people are familiar with the Eastern White Pine which is the official state tree, not many are aware that Michigan also has a rich population of maple trees.

Maple trees are one of Michigan’s biggest attractions during autumn due to their pleasantly colorful leaf displays. Most are red, orange or yellow in color. 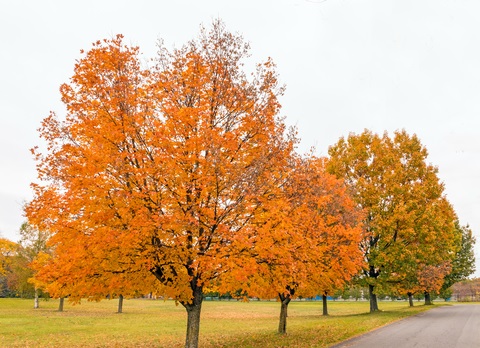 Scientifically known as the Acer Saccharum, these trees are native to Michigan and are primarily used to produce maple syrup. Some people also call Sugar maples:

In Michigan, the Sugar Maple is the most popular maple tree. Interestingly, Michigan’s population of hard maples is three times larger than Vermont’s population of Sugar maples. For perspective, Vermont is the biggest producer of maple syrup in the United States.

Sweet maple trees typically grow to heights of between 40 feet and 115 feet, although some can even grow up to 130 feet tall. With regard to thickness, Sugar maples generally grow to between 30 feet and 60 feet.

Sugar maple tree flowers have a droopy appearance normally bloom during spring and summer and are often gold/yellow or green in color.

The leaves of the sweet maple tree are deciduous in nature meaning that they fall off once they reach maturity. The leaves are:

3-6 inches in width as well as length

Notably, in fall and summer sugar maple trees also produces edible u-shaped fruits that have a green to brown color.

Sugar maple tree barks have a light gray appearance although more mature ones are darker and may even appear brownish. The barks are furrowed and get scalier with maturity.

Michigan is the 5th largest producer of maple syrup in the United States. Estimates put the State’s annual production of maple syrup at an average of 90,000 gallons. Ultimately, maple syrup injects approximately $2.5 million every year into Michigan’s economy.

Nonetheless, Michigan’s huge population of Sugar maple trees means it has the potential to overtake Vermont as the number 1 producer of maple syrup.

Apart from maple syrup production, the wood of Sugar maple trees is also important for making:

Hard maples can thrive in the following conditions:

U.S Department of Agriculture (USDA) hardiness zones 3 to 8a

It is also worth noting that while soils should have enough moisture, they should also have good drainage for Sugar maples to prosper. Soils that are not well drained put the trees at risk of drowning or even rotting in the roots. For this reason, a relatively sloppy area is

You should grow Sugar maples in a spacious location and planting them at least 30 feet apart from each other.

It is also possible to choose between different varieties of Sugar maple trees including:

Sugar maple trees are known to attract pollinators, songbirds and butterflies among other animals. 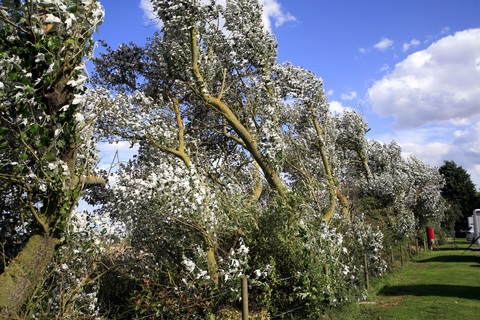 The scientific name of this medium to large tree is Acer Saccharinum. It is one of the types of Maple trees that are native to Michigan and it is particularly common in the northern parts of the state.

Silver maples also go by other names such as:

Apart from occurring in the wild, Silver maple trees are also one of the most popular landscaping trees in Michigan.

Characteristics of the Silver Maple

Soft maple trees generally grow to a tallness of between 50 feet and 80 feet. However, silver maples are capable of growing beyond 100 feet. Notably, Newberry in Michigan is home to the tallest silver male tree at 116 feet tall.

On the other hand, the thickness of the silver maple ranges from 40 feet to 60 feet.

The silver maple’s flowers bloom in spring as well as in winter. The most dominant colors of the flowers are greenish-yellow and red.

Also, the flowers of the silver maple tree are pentamerous, meaning that the arrangement of the petals is in groups of 5.

Soft maple trees have deciduous palmate shaped leaves consisting of 5 lobs and growing to lengths of between 3 and 6 inches. In spring and summer, the leaves mostly have a green hue on the surface with a silvery-whitish underside.

During fall, however, the leaves turn into a brownish or golden-yellowish color. Some of the leaves may also have a variegated appearance in fall.

The water maple’s fruits are edible, green in color, and are harvested in spring and summer.

The bark is grayish or dark brownish in color. As Silver maple trees mature, the bark develops a shaggier and scalier appearance. Additionally, the ends of the scales may look like they are peeling off.

Silver maples produce soft timber that is used to make:

However, since the sap that water maple trees produce is watery and low in sugar, it is not ideal for maple syrup production.

One of the best things about silver maple trees is that they grow fast. The best conditions for growing silver maples include:

USDA hardiness zones 3a to 9a

The silver maple can also thrive in areas that are occasionally flooded or wetter than normal. The trees ability to grow in wetlands is what has earned the name ‘water maple’.

Even then, the silver maple tree has surprising resilience against dry soils, heat, drought, and even pollution.

Common varieties of the silver maple include the ‘Blair’ and the ‘Lutescens’. 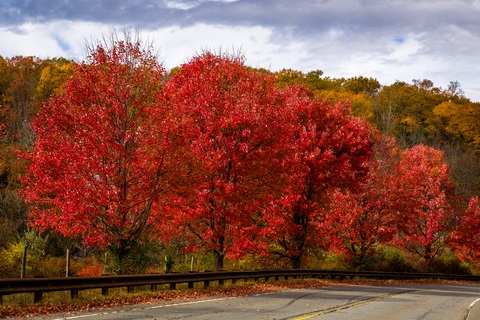 Scientifically, red maples are known as Acer Rubrum. Native to Northern America, the red maple is very common in Michigan and has the reputation of being a strong colonizer species.

Alternative names of the red maple include:

Like the silver maple, red maples are also known as soft maples or swamp maples.

Characteristics of the Red Maple

Red maple trees can grow to heights of at least 40 feet and up to 120 feet high and a thickness of between 30 and 50 feet.

The flowers of the Carolina maple occur in small, hanging bunches and bloom in the spring, even before the tree’s leaves appear. The flowers start appearing in early winter. The two most unique things about the flowers are their fragrance and their dominant red color.

Like other maple trees the red maple also has deciduous leaves. Leaves grow to lengths of between 2 inches and 4 inches long and up to 4 inches wide. Additionally, they are palmate shaped and mostly have 3 lobes although some have up to 5 lobes.

During summer, the leaves have a green color. In fall, however, the leaves turn into a golden/yellowish, orange or bright red color.

Red maple trees also produce edible v-shaped fruits in Spring and Summer. Some are variegated while others are reddish in color. On maturity, the fruits turn into a brownish or golden color.

Because of the brilliant red color of its leaves in fall, the red maple is a common landscaping tree in Michigan. Wood from the red maple tree is generally softer than that of the Sugar maple tree, hence the name soft maple.

Some people also use red maples for firewood. In some places, people also utilize the bark for medicinal properties.

USDA plant hardiness zones 2a to 9a

Although red maples grow best in wet soils, they are resilient to drought and heat. On top of that, red maple trees are also resilient against fire and pollution.

People who plant scarlet maples should expect to attract bees, butterflies, small mammals and even songbirds.

Due to their popularity as landscaping trees, red maples have numerous varieties including:

When planting red maples, it is advisable to keep dry, wilted leaves away from horses due to their potential toxicity.

The black maple’s close relation to the sugar maple has also earned it the name ‘black sugar maple’.

Characteristics of the Black Maple

Black sugar maples can grow to heights of between 60 feet and 80 feet and a thickness of 40 to 50 feet.

Black maple tree flowers blossom in spring and are generally between 3 and 6 inches long. They occur in hanging umbels and have a greenish-yellow color.

In autumn, black sugar maple leaves turn into colors such as red, orange and yellow.

Young black sugar maple trees have barks that are grayish-brown or black in color. As trees age, the barks become rougher and more furrowed.

It is possible to use black maples to produce maple syrup. Apart from that, black sugar maple trees are also used to make hard timber which is suitable for making:

Some people also use the inner parts of the black maple bark to treat diarrhea.

USDA plant hardiness zones 5a to 7a

Black maple trees are capable of growing in soils that are moister than those required for sugar maple trees. In addition to that, black sugar maples also have a higher degree of drought and heat tolerance than sugar maples. 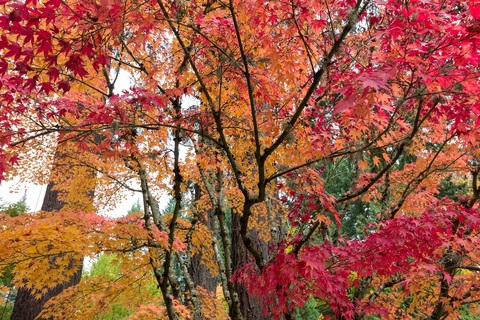 In the state of Michigan the four types anyone is likely to see include: sugar maples, silver maples, red maples and black maples.

23 Winter Yosemite Pictures That Are So Cool