Fishing lures are artificial bait that is designed to attract various fish. Bait is a natural food for fish like worms. Lures work well for trout because they are attracted to the flashing.

Bait works best for catfish because they feed by smell. Bass can be caught with both. Lures are more convenient because they do not need life support.

How do fishing lures work?

Fishing lures get their name from the fact that they mimic natural prey like minnows or crayfish which many fresh water or saltwater fish may go after when looking for food (for example yellow perch, smallmouth bass, striped bass, walleye). Some anglers rely on natural baits like nightcrawlers while others prefer using artificial fishing lures. Most artificials have a hook to catch the fish while some may not.

Fishing lures are usually made of plastic but can also be made from wood, metal or other materials. The shape and coloration of a fishing lure is designed to attract the attention of the fish and the fisherman must carefully choose a bait that will interest his prey. The best artificial lures mimic live prey in both appearance and action.

Some lures attach small rattles inside them which gives off sounds that imitates shrimp or minnows, making it easier for fish to detect it. When used properly, fishing lures can catch many types of freshwater and saltwater fish such as walleye, bass or salmon. Most humans rely on spinning or casting gear to use these artificial, but it is possible to use a special type of rod and reel called a fly fishing outfit. 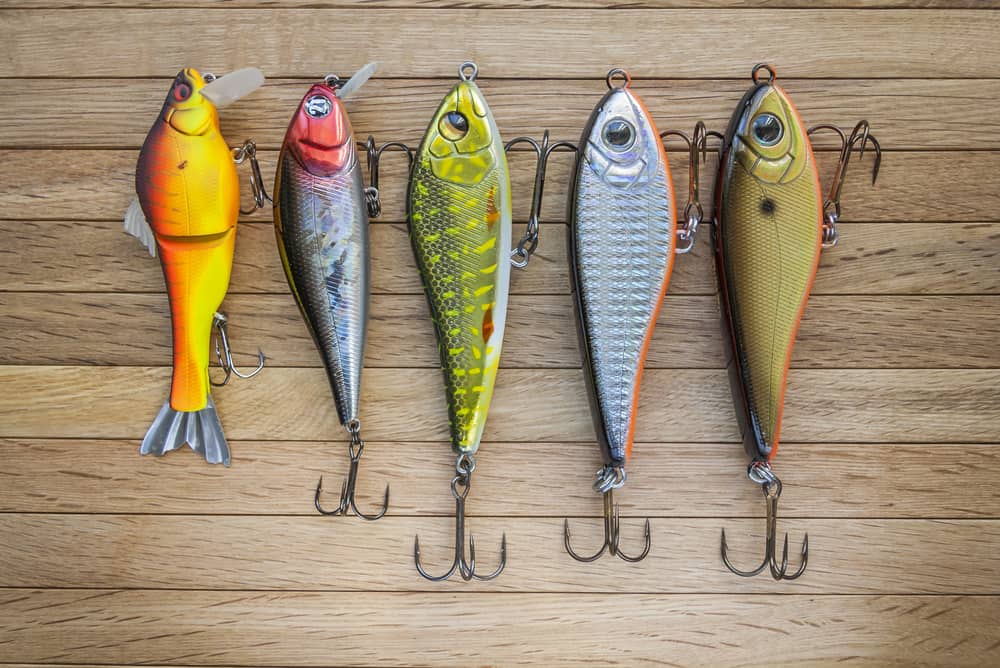 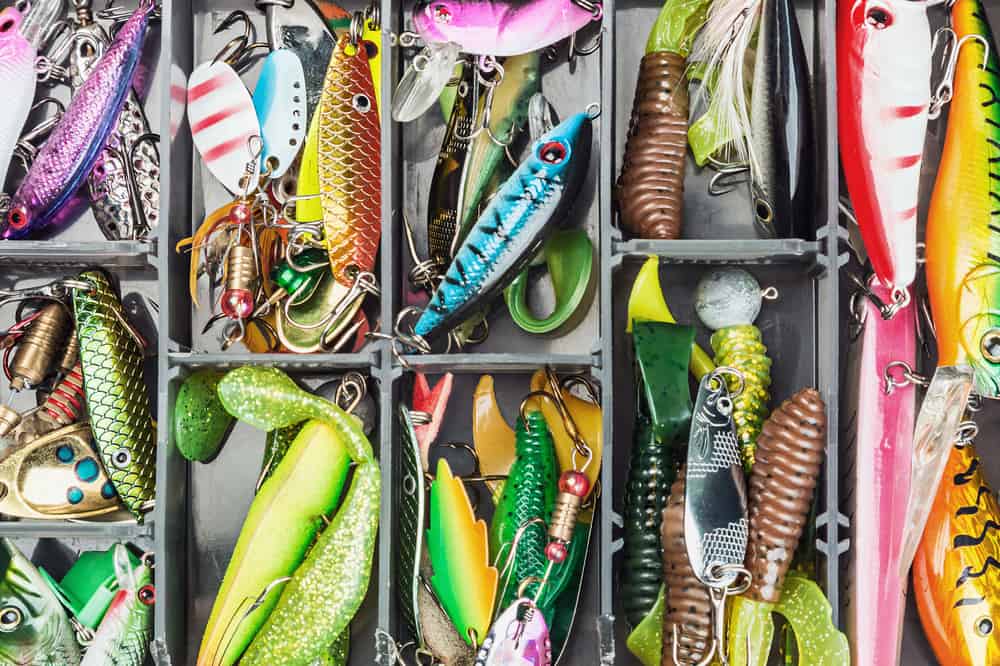 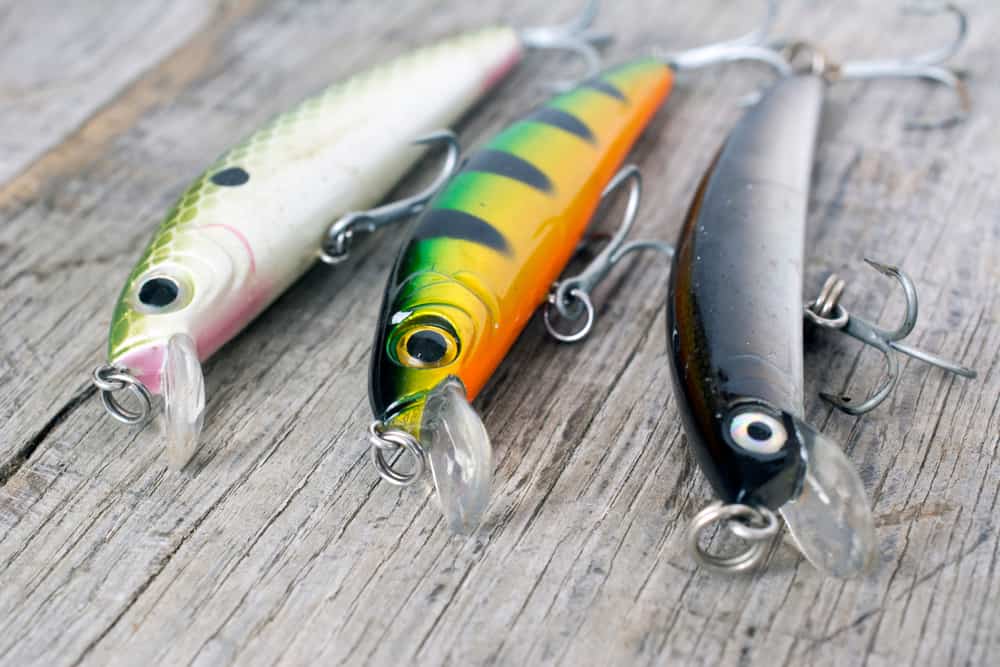 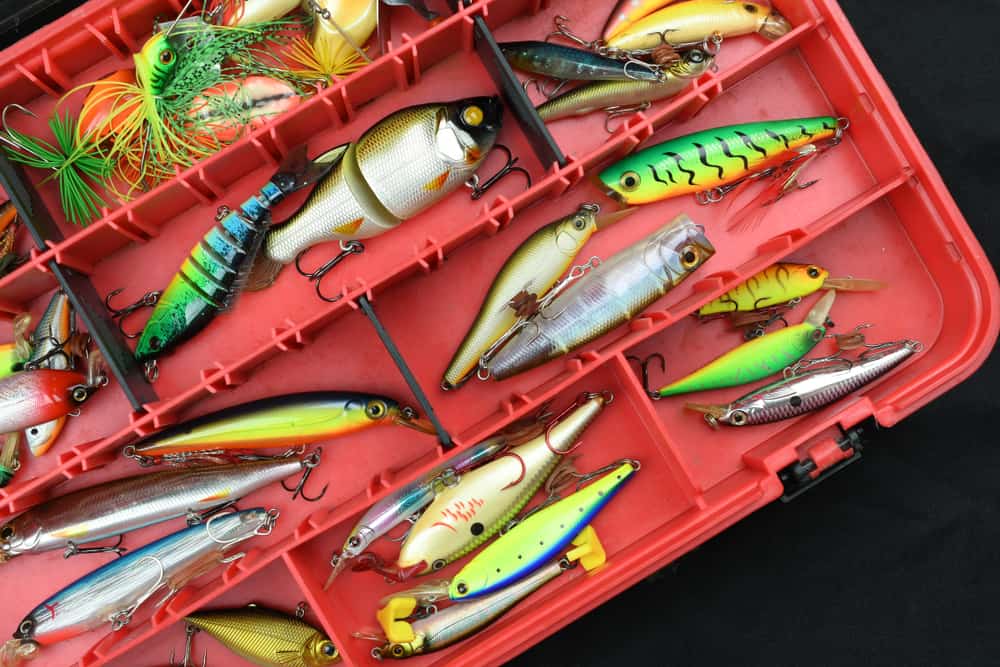 Fishing with flies rather than artificials presents many advantages, especially in well-fished waters or when fish are spooky from being over fished. Like artificial catch, fly fishing may be done either as and release or as a method to harvest fish for the table if permitted by law where you live.

There are many different types of flies used for catching fish such as bass bugs, salmon flies and even realistic “critter” imitations like mice patterns which imitate small animals that might be found around the water where fish exist (for example earthworms). Most fisherman prefer to use the traditional split bamboo fly rod for fishing with flies.

There are thousands of different lures that can be used to catch fish. They come in all shapes and sizes, with some designs specific to particular species of fish.

Some popular fishing lures include: Bass jigs: these typically mimic prey like small crayfish and minnows and not only help the fisherman catch more fish but because they change color when moved around in the water they can also help him figure out what depth his prey is at (for example bluegill) Crayfish traps: crayfish traps may also be fished for other types of such as crabs (for example yellow perch)

Squid jigs: squid jigs are similar both in shape and function to bass jigs, but instead of imitating prey they imitate the squid by using a squid shaped body and tentacles that dangle on the water’s surface, which helps fool fish into thinking it is real Squid.

How do artificial fishing lures compare to live bait?

Artificial lures can be very effective when used properly. One disadvantage of artificials is that they may only last for a few uses before they need replacing because of wear from being cast many times or from being chewed on by fish (especially if it has metal hooks) In some areas fisherman must use artificials because of overfishing of natural bait like worms or crayfish.

Some fishermen prefer using artificials as opposed to natural baits because they feel they can catch the fish more reliably. Another reason is that they may want to release a particular fish in a lake or river and artificials make this easier because it is easy to unhook a fish caught on an artificial lure.

Plugs are lures that are typically larger than artificial jigs and spinners. They are intended to resemble minnow species such as shiners, simple for, perch or chub in the water which makes them effective catching gamefish like Northern Pike or large trout. Marabou jigs: these are similar to bass jigs but they use marabou feathers instead of rubber skirts.

The purpose is same; they look like prey to the fish when they are fished in the water Sawtooth lures: when fishing with sawtooth (also called rattletrap) style lures you cast it out and reel it in quickly so it doesn’t sink too deep under the surface.

When feel a strike on your line you reel back in slowly so it will often attract fish which strike the lure as it is sinking quickly. Weedless lures: when fishing with weedless lures you typically add a wire leader and an additional weight such as a sinker. The way they are designed allows them to be fished through weeds or other obstructions without getting snagged much easier than an artificial jig which would snag on the obstruction.

Ones that imitate frogs, mice or small birds diving for cover near shoreline structures or vegetation can be used for catching bass, pike and musky. These types of lures typically make a noise when reeled in at top speed by making a loud “pssst” noise which allows fisherman to know they’re working and of course alerts the fish that something’s up. They typically work best when casting them any type of cover or vegetation and retrieving them very quickly with a high speed reel.

Another type of artificial lure is spinners, but unlike lures like rattletraps these use a number of metal blades to create a flashing effect in the water as it’s reeled in by the fisherman which some species find attractive such as large trout, salmon and steelhead.

The action of spinner blades spinning through the water can mimic struggling baitfish such as shiners, chubs and daces which look appetizing to those types of fish. Like many other types of lures spinners are typically made of either plastic or metal. The blade system can either be one piece (typically known as a spinnerbait), but other types have multiple pieces that are added to the hook when in use, which are called multi-blade spinners.

Are lures that are cast out behind a moving boat and retrieved at a certain speed so they swim through the water, allowing fisherman to cover more area looking for fish while fishing from a boat. Some trolling lures have single arms with blades on them instead of an entire spinner. These types of lures can be very effective for covering large areas because they’re only limited by how fast you can get your lure back to you once you cast it out behind the boat.

These are typically used when fishing for smaller species such as panfish, bass and trout using natural bait such as nightcrawlers or red worms. These types of lures must be fished with very slowly so they don’t scare off fish and typically sink more slowly so fisherman can use them in deeper water where fish might not get spooked so quickly if a fast moving lure were to pass by. They’re effective because their shape closely imitates that of real life earthworms.

Tips on How to Fish with Lures

Some tips on How to fish with lures. When using artificial lures the fisherman usually uses a lure retriever to get them back which is typically a long string connected to a handle. There are other types of retrievers available but they all work similarly by allowing the fisherman an easy way to retrieve artificials that have been cast out into the water while fishing from shore or from a boat.

Tips for Using Artificial Fishing Lures: Use small hooks that can be pinched down onto your line when rigging your artificials Make sure your knot is strong if you’re using a lure retriever because the knot will be pulled under water when using artificials to give it an advantage Minimize movement of your fishing line while jigging.

This can be done by letting your rod sit in a holder or by holding it with one hand and reeling/jigging with your other hand Have patience, it might take you some time but there’s always a fish that’ll go for any artificial lures you’ve got.

This can be done by letting your rod sit in a holder or by holding it with one hand and reeling/jigging with your other hand.

Scented baits are best used in cloudy water where fish don’t have to rely on their sight. Scents offset the lack of visibility and attract fish to your artificial.

The only drawback is scent dissipates over time, especially when exposed to direct sunlight, so it’s a good idea to re-apply them as often as possible.

While spoons work well for all species of saltwater gamefish, they seem to be most effective with larger fish such as tuna and billfish. Smaller predatory species also find spoons irresistible but what often makes them very effective lures is how quickly they can be worked without scaring off reef dwelling species that typically shy away from fast moving artificials.

Casting these lures is an art form, and like any art form it takes time to perfect. But once you do, the rewards are abundant because fluttering spoons are truly deadly lures for catching all types of saltwater gamefish.

Spinners work best under overcast skies or cloudy water conditions where suspended fish might be difficult to spot otherwise. They’re also effective when fished at speed in turbid waters where light penetration isn’t good enough for other types of artificials to attract fish’s attention. Even though spinners seem simple they still require finesse to use properly but their flash can be irresistible to aggressive saltwater gamefish so practice makes perfect when cranking these lures around structure such as ledges, drop offs, and rock piles.

Snappers, groupers and other large reef dwelling predators can be enticed to bite but they’re not as easily fooled into thinking a popper is real prey because of their bulk so you need to cast these lures where there’s plenty of open space above the structure where larger fish hang out. Placing popper lures directly over reef tops usually gets strikes from big snappers, grouper and other bottom dwelling species.

The noise of rattling lures scares off many fish because they’re often associated with the sound of predatory Tiger Sharks or large barracudas that eat smaller fish. But some predators are curious by nature so rattletraps can be deadly when used to target these inquisitive gamefish because once they bite they rarely hesitate to chase it down if you give them enough line slack.

Finally, umbrella rigs are popular artificial choices for targeting pelagic gamefish such as Spanish mackerel, wahoo, bluefin tuna and mahi-mahi/dolphin fish. They can’t resist the fluttering action but you need to work these lures fast before big baits disappear because of their size. When wahoo are around you can try umbrella rigs rigged with feather-style lures combined with the occasional teaser lure or metal bait to attract them.

Experiment with these artificials to find out what kind of action they produce so your chances for landing fast moving pelagic fish will be better than average.

Different types of fishing lures can be deadly when used properly, but like most other people who fish for sport you should know how to rig your own artificials so you’ll always have fresh tackle choices before going on a saltwater fishing trip.