Worms are pretty reliable in attracting different types of fish, plus they are cheaper than some artificial baits. Some of the fish you can catch using the worms as baits are catfish, trout, sunfish, bluegills, walleye, and bass. 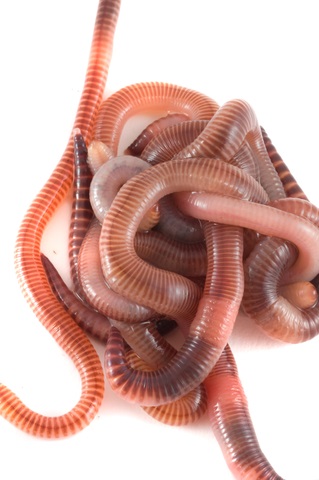 Also referred to as earthworms, you can find this type of fishing worm bait on the ground, especially on decaying composite. The brandling worms can be bred if you opt to produce your fishing worms at home as they only require manure or decaying composite. You need to keep heaps of waste or rotting vegetables, and these worms will breed from such situations.

When it comes to fishing, these worms are suitable to use with a hook size range of 14 to 18 since they grow longer than other worms. They are versatile when fishing as you can opt to use them with a single hook or use with other baits like maggots. 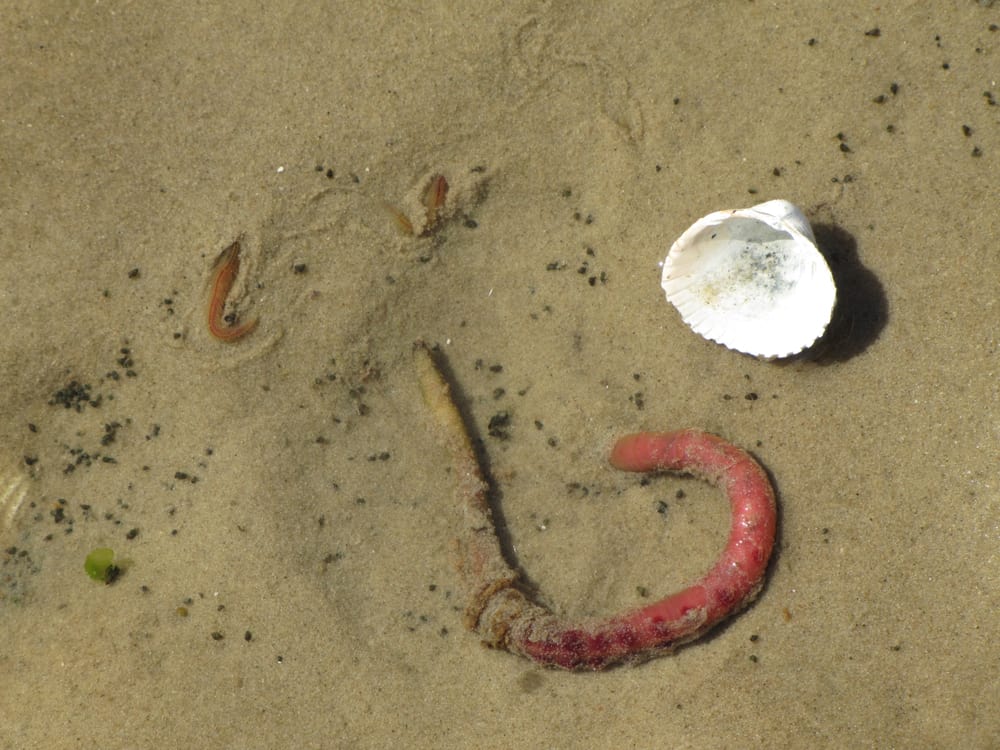 Also referred to as Canadian nightcrawlers, the lobworms are large versions of earthworms, mainly used to catch larger fish like salmons. Lobworms breed so well on the soil, and the major areas you can harvest these worms are the garden, pastures, dirt, and even lawns.

The lobworms like staying in a room with moist and fertile soils, and if you need to get the best or probably multiple the worms for baits, check them when it is humid or before the rain. These worms require being kept in places with low temperatures if you are not using them on the same day. Therefore, you can opt to chill the lobworms in a fridge but make sure the temperatures are between 4 to 5 degrees C. The other alternative areas you can preserve your lobworms before use is by keeping them in a garage or basement as long there are no heating devices around the space.

These types of worms are versatile since they can catch any fish. However, the worms are mainly recommendable when catching large fish like Perch, Bream, Eels, Carp, Tench, Pike, salmon, to name a few. You will enjoy fishing with the lobworm because you don’t necessarily need to use multiple worms to catch your fish. You can only use a single worm or just a tail. The worms are compatible with hook sizes 4 to 10. 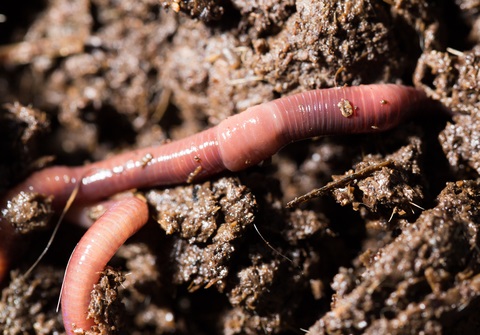 Several people cannot differentiate between red worms and earthworms considering they are almost similar in color and both these worms have segments. However, earthworms are a bit larger than the red worms, and their color contrasts a bit since red worms have reddish-purple color while earthworms have a reddish-brown color. The red worms are also found in manure or composite areas with decaying foods and vegetables.

These worms work like brandling worms, whereby you can opt to use them as singles bait or with another bunch of tripped maggots. The red worms have a size range of 2 to 3 inches long, a reasonable size to use with a 12 to 26 inches hook. The red worms are perfect for fishing on freshwater bodies like ice fishing. You can use these worms for small fish with small mouths like bluegills, crappie and perch. Another thing worth noting is that it is recommendable to fish with red worms while alive as you have more chances of catching fish than when dead. 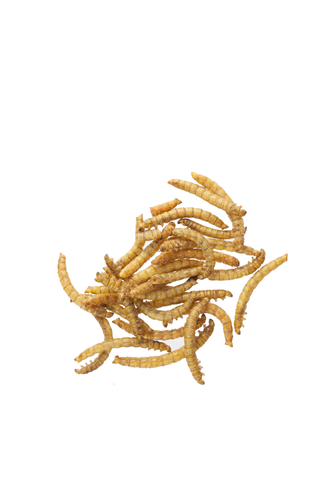 You need to note that mealworms are not worms, or instead, they don’t grow to worms. These are larvae of Tenebrio Molitor classified in the beetle family. These worms or larvae are mainly found in cold, moist areas like under the rocks, where there are stocked grains on the ground and places with animal waste.

Butter worms are larvae worms that later grow to moths usually used in South America for fishing purposes. Fish are highly attracted to these larvae since they are rich in calcium, and fat one of the reasons they are easily visible by the fish. Any potential area where moths can grow is an excellent space to collect these worms. They can also be refrigerated for preservation in case you purchase them in bulk. 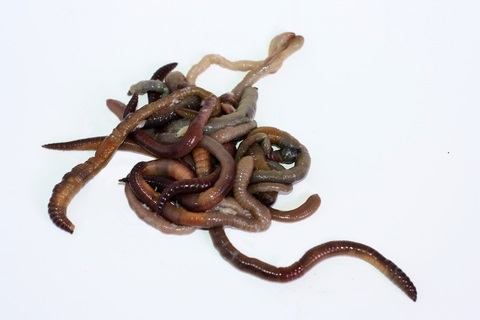 Dendrobaena Worms can be found in muddy areas like at the swamp and dams. These worms are just like lobworms, and their large size makes it possible to fish in large regions like overflowing rivers and lakes. Another tip for considering these types of worms is their longevity. If you buy multiple Dendrobaena Worms, probably to use them later, you can store them for up to 4 months as long they are kept in the proper temperatures. These worms are safe to store in the fridge or areas with low temperatures.

To easily attract fish to the Dendrobaena Worms when fishing, break it at the end and connect your hook on the open body part of the worm. This way, the worm will disperse its scent attracting fish to it. These worms are recommendable for catching large fish like Bream, roach, tench, carp, chub and barbel, and small fish. You can use the worm with a single hook or tipple it with red worms. For hook size, use the worms with a hook size range of 10 to 16 inches. 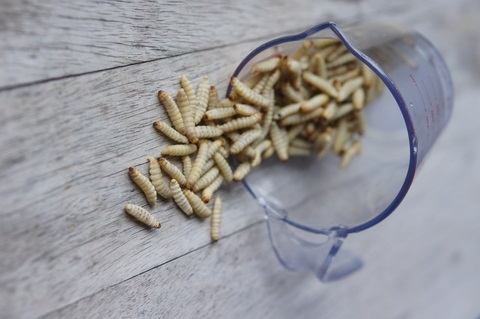 The wax worms are standard fishing baits used in icy waters. These are also not adult worms but rather larvae that later grow to wax moths. These worms may not work for some people because they can only be found in honeycombs or areas with wax. Once you harvest your wax worms, make sure to keep them in the temperature range of 50 degrees to keep them alive. Unlike most of our covered worms, these worms require warm temperatures to survive.

Alive waxworms are the best for fishing since the wiggling manner hugely attracts the fish. Although these worms are small in size, their body colour pops up in the water, attracting multiple fish. In other words, they are pretty reliable in fishing. You can use wax worms to catch fish like brin, trout, catfish, bluegill, crappie, bass, and perch, among others. 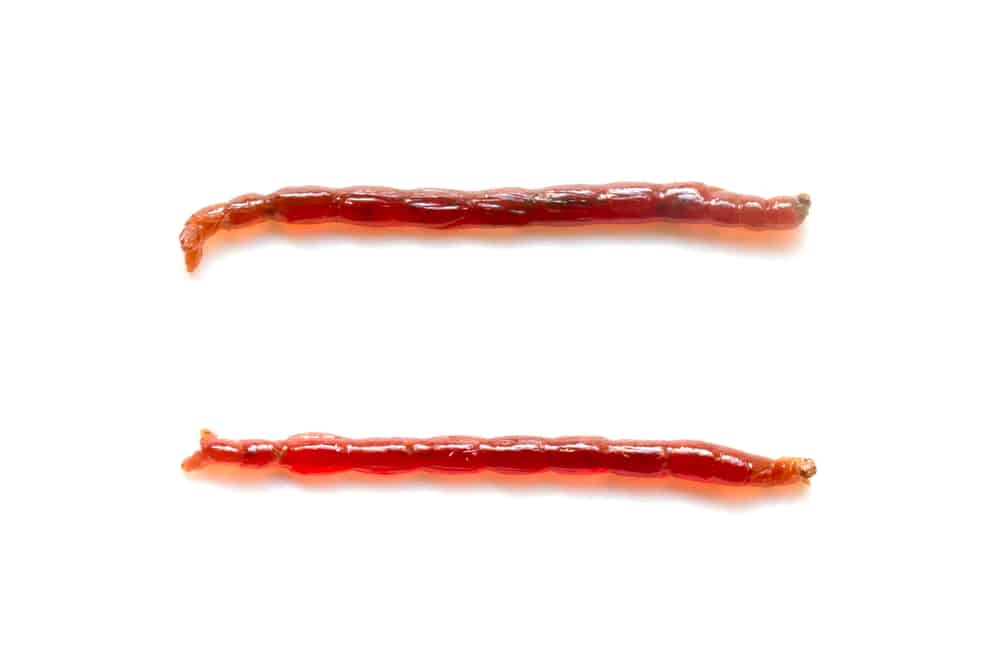 This is one special class of worms that are found in waters like freshwater pools and ponds. Still, some people specialize in farming these worms on the northeast coast of America. The blood worms are quite reliable when fishing since they effortlessly attract fish to your hook. The other benefit of using blood worms for fishing is that they are edible by all fish. Therefore, you can use these baits to attract all types of fish in both salt and freshwater. Considering that catching these worms is not as easy as other worms, you can buy and stock them at large. They have a life span of up to 2 years when stored correctly.

First off, it is crucial to note that the blood worms have teeth. So, you may need to be careful when hooking them to ensure they don’t bite you. They come in different sizes, so check out more giant blood worms for people targeting large fish. Depending on the areas to fish, you can either use a chopped blood worm or a whole worm for fishing. They are best used with hook sizes 2 to 4 inches long.

Tips on how to fish with worms

The spot you want to fish, or the type of fish you are targeting, will determine how to use the worm bait. If you are targeting commercial fishing or large fish, use a whole worm. Connect the hook to the worm’s head and leave the rest of the body dangling in water for better attraction of the fish. For people fishing in shallow areas or if you target smaller fish, use a chopped worm instead. Hook the chopped worm from the middle and allow its “juice” to ooze in the waters to attract the fish quickly.

As mentioned earlier, red worms are the most versatile types of worms to use as baits. First off, the worms breed in waters and are majorly consumed by all fish. In return, they give better chances of catching both small and large fish. Therefore, if you are fishing in a new area, consider using the red worms as bait.

If you are planning to chop your worms when fishing, then make sure to consider the size of the fish you target. Large fish need large bait that is visible when submerged in the waters. Therefore, a rough chop is recommendable in such a case. Finely chopped worms are the best for small fish since they release more “juice” to attract the small fish to the hook.

Q: How can you preserve worms for later use?

A: The majority of fishing worms are found in moist and dirty areas. Therefore, you need to keep them at the right temperature and with the supply of food.

Since you will be keeping your worms in the fridge, you need a suitable storage container for their comfort. Traditionally, opaque containers are recommendable for keeping worms as they prevent the fridge light from penetrating and distracting the worms in the container. You can keep the worms with the soil they came with. If you have multiple worms that you plan to breed for more prolonged use, consider supporting them in a large worm box to provide enough breeding space.

Since the worms are not in their habitats, make sure they get food at least once or twice a week. Sprinkle the food all around the container and in the soil to ensure the worms feed on different areas.

The fridge is always the first alternative for storing the breeding worms at home, but everyone is not a fan of keeping worms in their home fridge. For such people, find a cool place to store your worms. You can keep them in a garage or basement with cool temperatures or dig a large hole and bury the container under the soil.

Q: How long do fishing worms live when preserved?

A: The life span of the fishing worms differ as some can live for up to 2 years while others can only live for about six months. As long as you keep the worms in the proper temperatures and feed them accordingly, they will last for a while.

Q: Can one freeze the fishing worms?

A: This depends on how you wish to use the fishing worms. If you plan to keep them alive until the next fishing session, then freezing the worms is not a good idea as they may die from the high cold level. But again, if you plan to use dead worms as baits, then you can freeze them instead of undergoing the process of breeding them.

Q: Are there specific fish that I can use dead worms to fish?

A: The answer is yes! There are some fish breeds such as bullhead and catfish that feed on dead food, and dead worms can easily lure such fish

Q: Should the worm containers have ventilation

A: Any living animal breathes in the air, and this includes the worms. Ensure the container you store them in has enough ventilation for breathability purposes.

Q: What food should you avoid feeding your breeding fishing worms?

A: Any food that cannot easily composite in the soil should be avoided. So lemons, meat, onions, among others, should not be added to the storage container.

Worms are the best and easiest fishing baits to acquire for both leisure and commercial fishing.