Types of Daggers and Uses Compared vs Knife (13 Photos)

You can identify the various types of daggers by the way they are used. Here is list of the types: 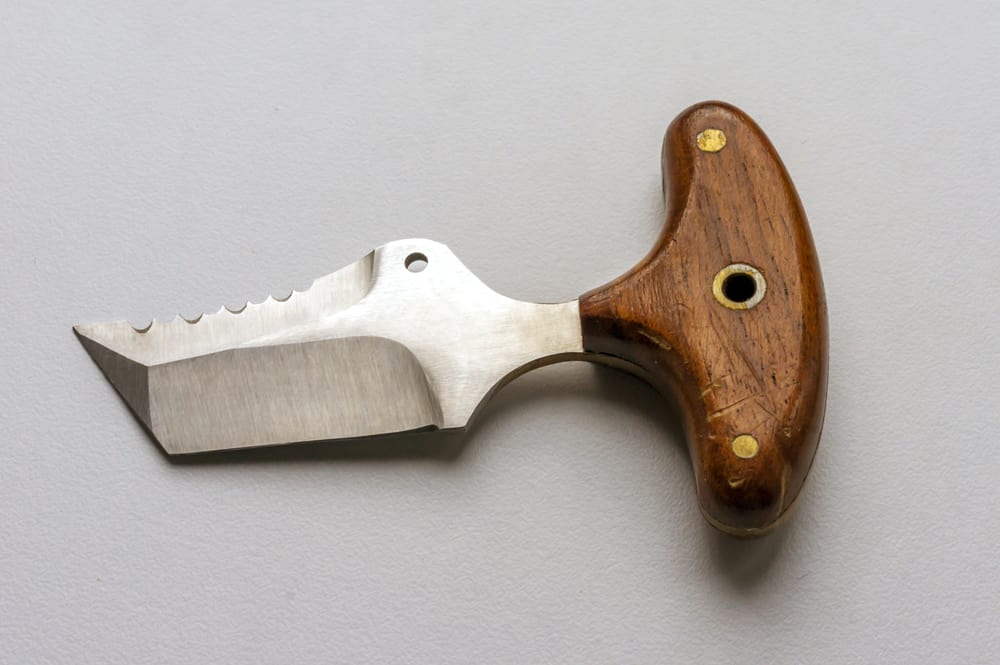 This is identified by its T handle design. It comes with a fixed blade and it is the best for self-defense. It is also compactly designed and this diminishes the size, which makes it easy to conceal it. Your enemy can hardly observe it when it is in use. If you want a concealable self-defense dagger, then you can think of this type of dagger.

As you get from the name, it comes from Scotland. It can serve the purpose of an everyday knife. This dagger is longer and it is good for slicing and thrusting. It is cheaper than others and many Scots can afford it in those days. 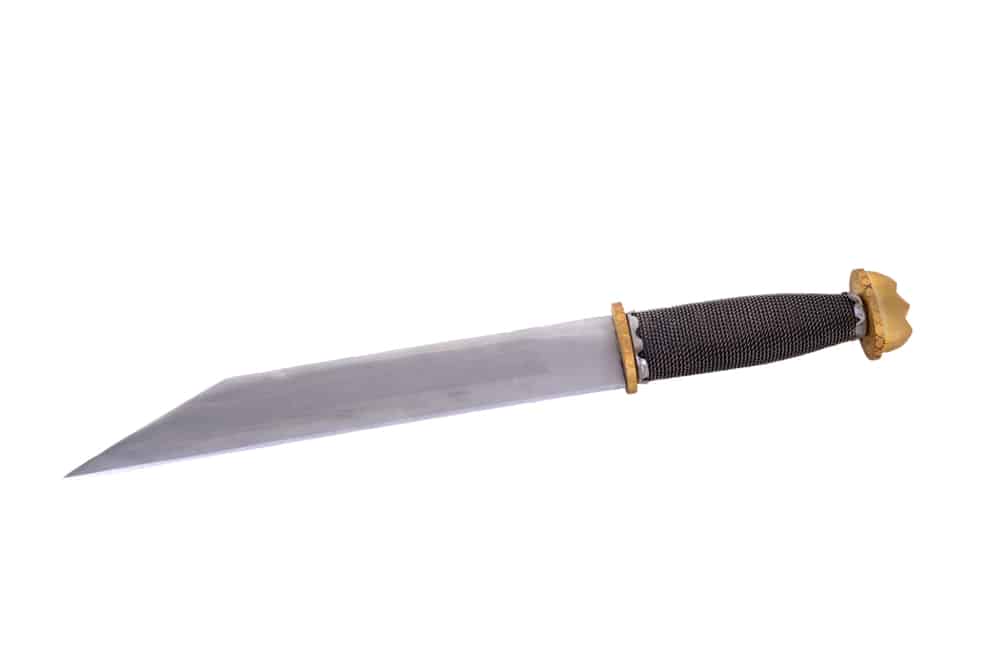 This is another dagger that can serve the purpose of a knife. You can regard this as an all-purpose tool because you can use it as a weapon and another knife.

The design is different from others as you can see from the claw-like design. This does not originate from Europe but the Indian subcontinent. It can fit the knuckles very well, and it is comfortable to use as a weapon and for other purposes. 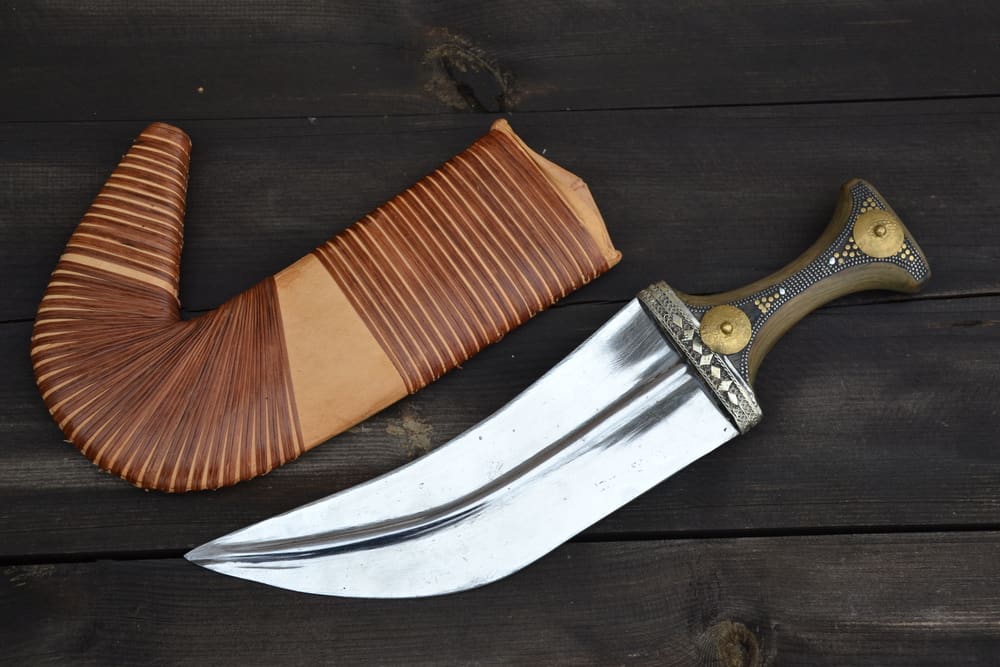 It is short and comes and with a curved blade. This is an Arabic dagger and you can put it on as part of your wear accessories. The shape and design depend on the status of the user. 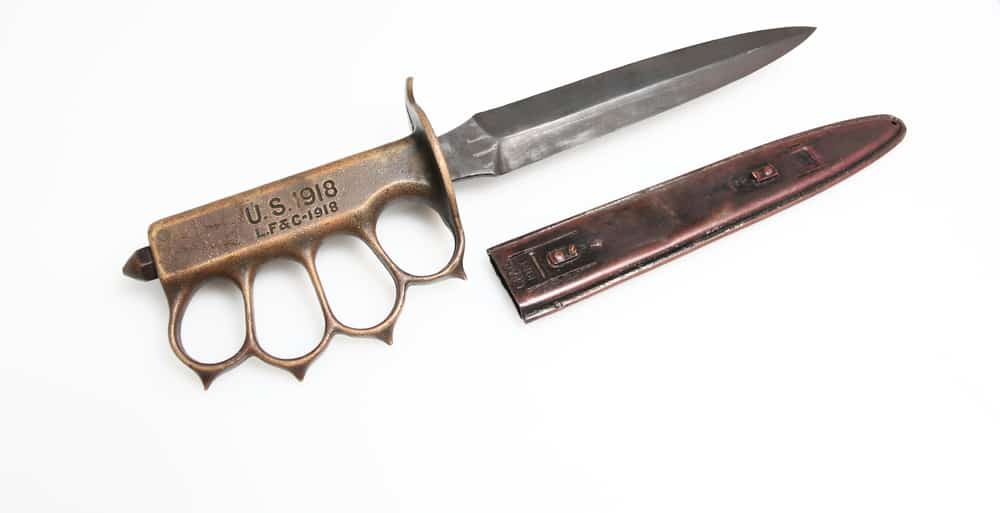 It is also called a knuckle knife. The design is different because it is meant for close-quarters use. This was widely used during the first world war and it is used for wars taking place in trenches.

The last but the least is the Kalis dagger. It is also a double-edged Filipino sword. It is wavy and it looks great and interesting. This looks very attractive and it can use for a guard purpose. 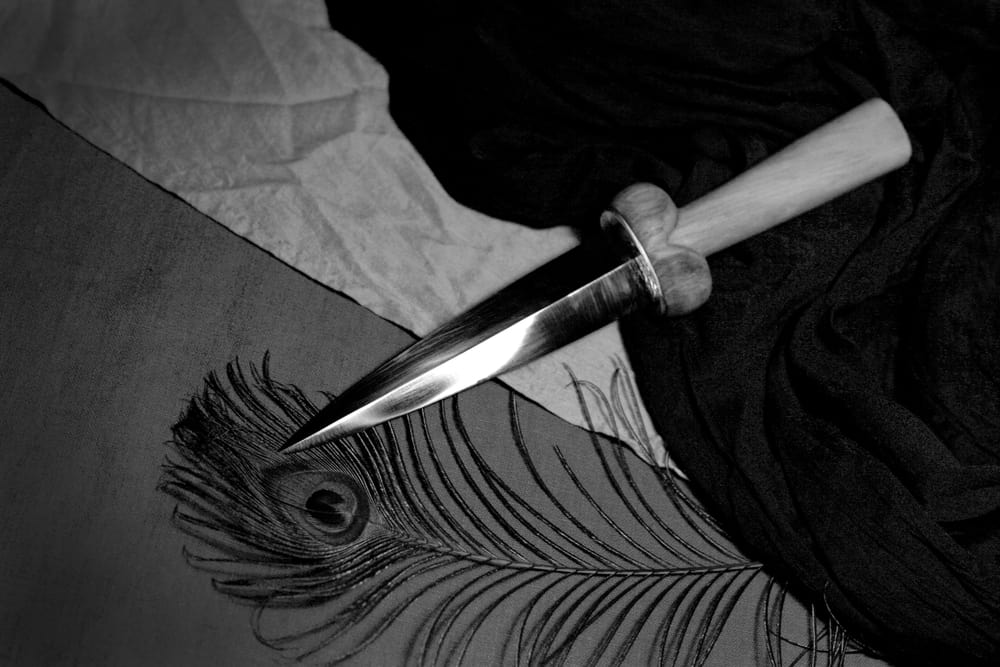 This dagger was popular in England at the time of the Tudors. It was used mainly then as a backup weapon for the sword and the lance. The shape and hilt make it different from other kinds of daggers out there. It comes with two oval protuberances at its guard. 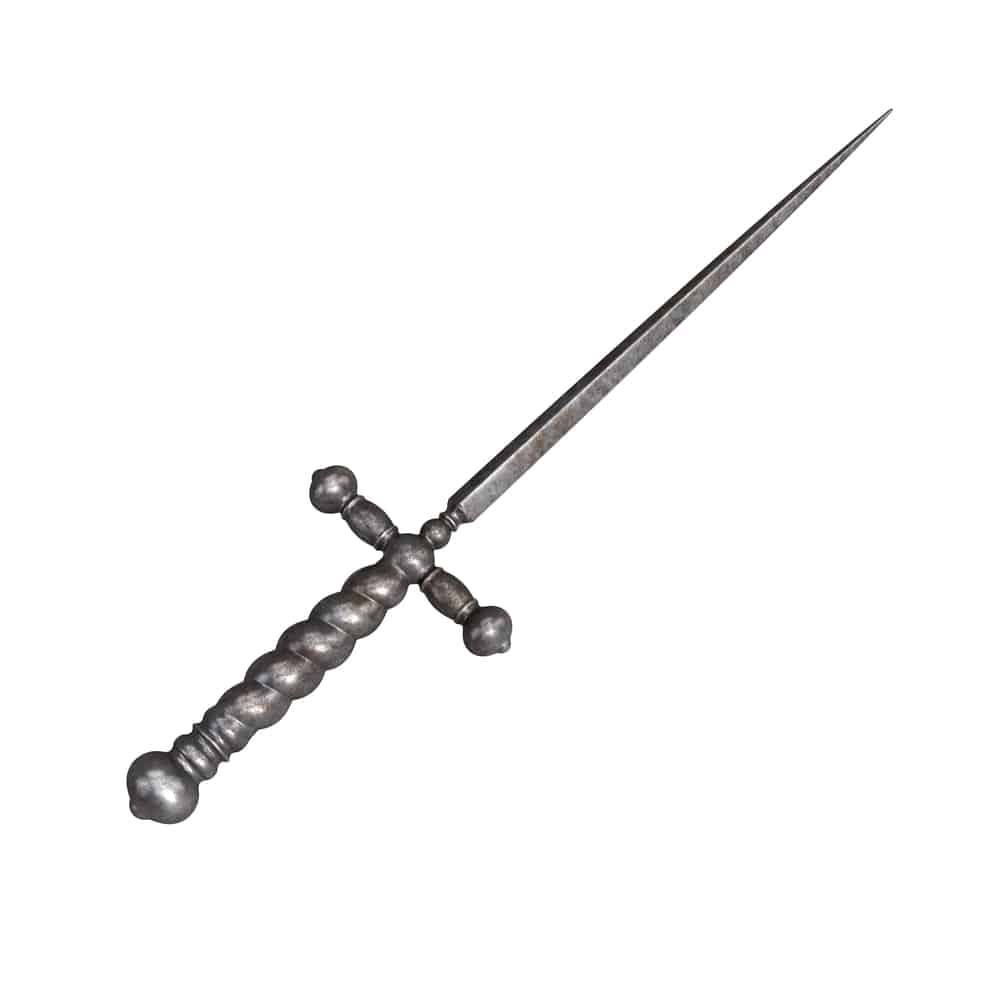 This is another type of danger and like others, it was designed as a war weapon. This one is slender and long. It was meant to be a stabbing weapon and not for cutting or slashing. This emanated from Italy and it was popularly used by medieval assassins.

It is another weapon popularly used in Italy during the renaissance era. This comes with five fingers and this design differentiates it from others out there. It is a heavy weapon and you can use it for your defense.

Ornate ceremonial dagger next to a jeweled scabbard 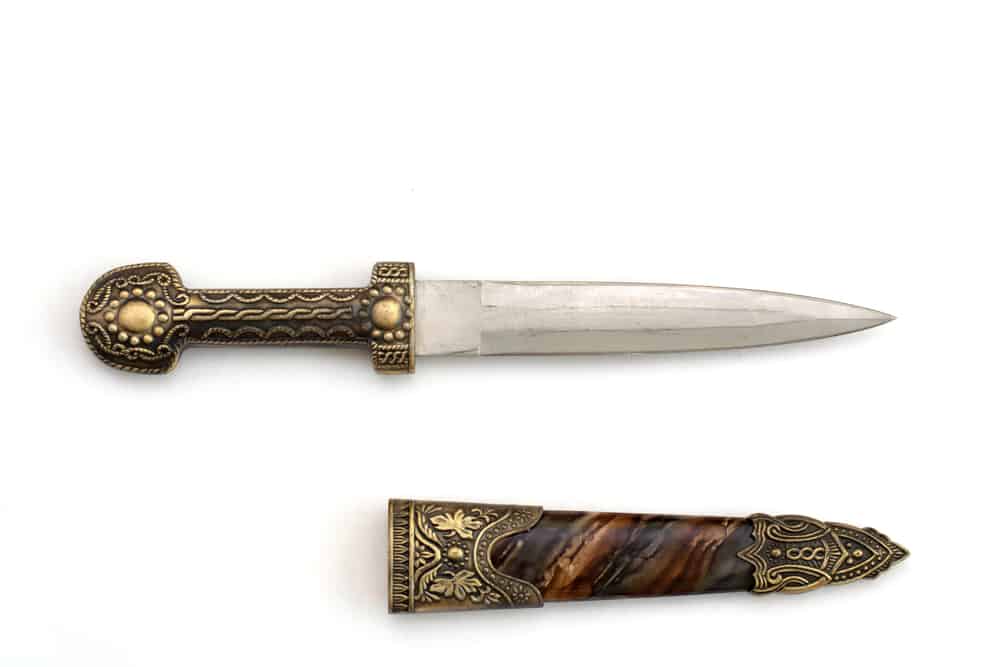 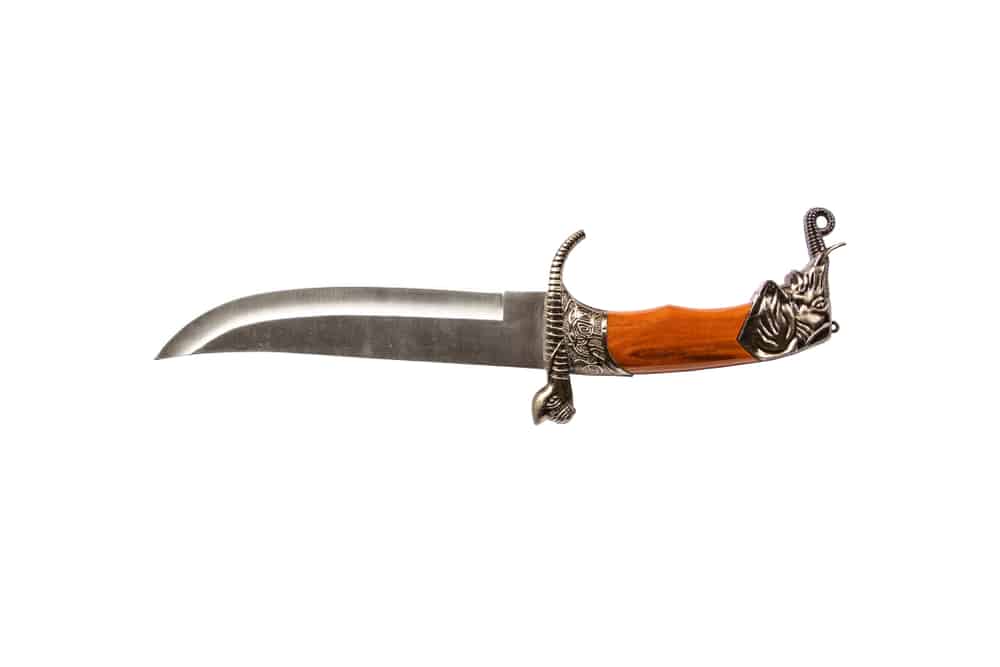 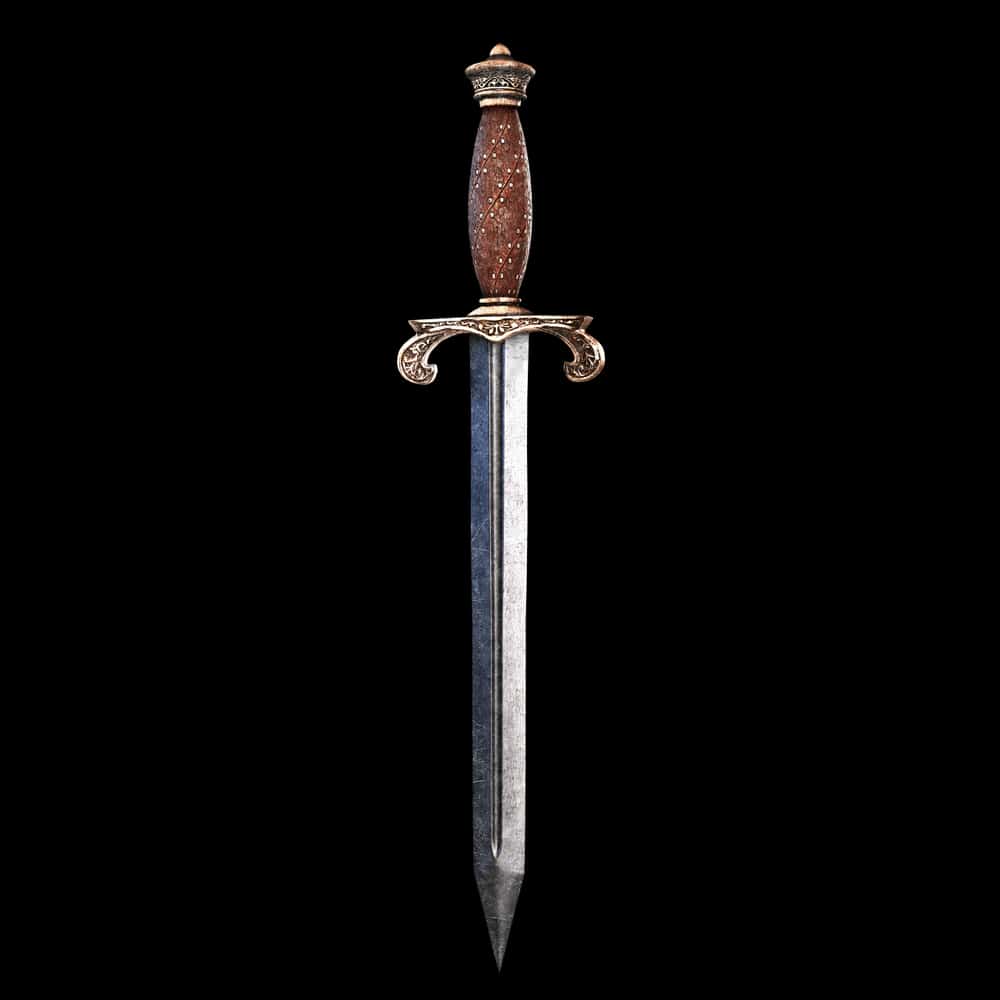 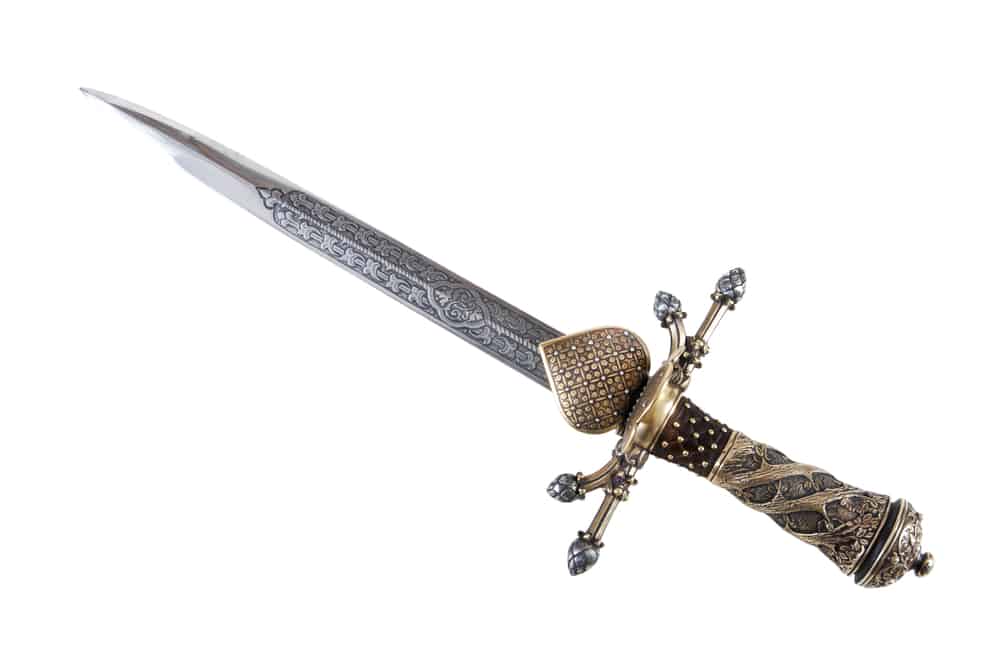 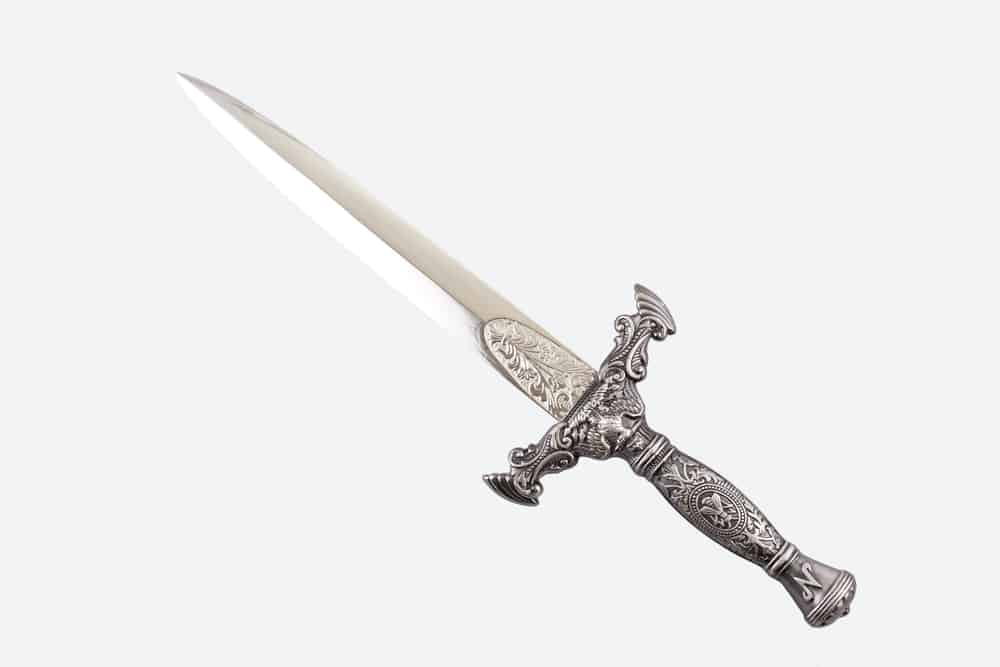 Daggers are used for different purposes as you can see from the various types described above. Here are some of the uses.

This product is used for combat purposes. The design is special because it comes with sharp blades and sharp points. Because of the design, it causes serious injuries.

Apart from serving for combat purposes, you can use it for self-defense. Modern daggers are designed to serve the purpose of self-defense. The blades are also powerful and sharp and can cause deep wounds.

It can also be stored for decorative purposes. Many people see the storage of such items as a hobby.

Furthermore, it can be used for different purposes in the home such as cutting, digging, slicing, and so on.

You have seen there are different designs and lengths out there. The length depends on the purpose for which it was manufactured. It is assumed that the largest dagger is about 91.50 c, long and 21.60 cm wide. This was produced in the year 2011 by a company based in Oman as a gift to the Sultan of the country.

There are different strong swords out there. Some of them include Skyrim, Blade of woe, and the Twilight sword. Many people rate the Twilight sword as the most powerful dagger in the world today. This means that it is the strongest.

Is the use of dagger legal?

It depends on part of the world. The use of daggers is regulated in America. Section 4 of the Arms Act which was enacted in the year 1956, stated how it should be used. It is legal to use a sheathed sword. It is legal to carry it in many states but it should not be more than five inches.

Dagger is a kind of knife but it is used for different purposes such as weapon, defense, and so on. The knife is not mainly used as a weapon but it can be used as a weapon for self-defense.

The history of the dagger is hard to trace because it has been in use for ages. Different materials were used in making it such as Neolithic, bone, ivory as well as flint and copper materials.

The first dagger was introduced to the market around the period 2400 to 2000 BC. The first record of dagger use was by the ancient Egyptians. It was used as a royalty service. As time went by other great powers started to manufacture their own unique type of dagger mainly for war weapons and defensive purposes.

History has it that push daggers were used many centuries back by soldiers. Today daggers are used for self-defense and other domestic purposes. It is no longer a weapon for warfare.