You’ve probably received tons of messages from your bank about the switch to chip technology. Here is how it works:

EMV credit card transactions don’t require a phone or an internet connection. Although a consistent network is required to process the payment, credit cards can be authorized at the point of sale and processed at the end of the day or whenever possible. This was designed to cut down telecommunication costs.

However, it is now useful in remote environments with low connectivity. On the other hand, consumers won’t have to wait for transactions to get processed because of slow internet connectivity.

EMV Technology is Not Necessarily Exclusive

New chip card readers are backwardly compatible, which means they can read chips and traditional credit cards with equal ease. This will probably be the scenario for the near future, so consumers who adopt EMV don’t have to worry about their cards becoming useless.

Unexpectedly, the United States was once considered the world’s most secure credit card market. Over the years, as other countries started adopting EMV technology, the scenario changed. Now the U.S. has become a global laggard in credit card security.

The widespread adoption of EMV technology is undoubtedly going to reduce credit card counterfeit frauds in the coming years.

EMV Credit Cards are Accepted Throughout the World

Previously, very few merchants and consumers were aware of EMV credit cards. They only made contact with chip cards when they went overseas. Many overseas merchants only accepted magnetic stripe card transactions, restricting consumers’ ability to pay with credit cards. They would have to carry more cash, increasing the risk of credit card theft.

Now, most overseas merchants accept EMV credit cards. A study by CreditCards.com reported that around 97% of U.S. Visa card transactions made overseas were acceptable.

In case you’re carrying an upgraded card while abroad, especially in developed markets such as Europe or Australia, you’re most likely to experience smooth transactions.

Equipped with a better understanding of the significance of secure transactions, people are now shifting to EMV technology. According to a 2018 customer survey by Worldpay and Socratic Technologies, approximately 73% of consumers in the U.S. reported a “very good” or “excellent” experience with EMV debit and credit cards. 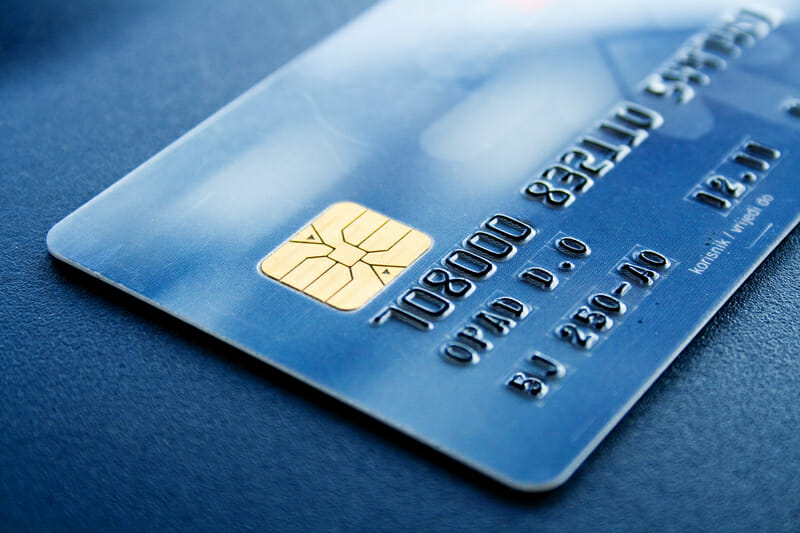 Credit card security is essential. Fortunately, cardholders are not answerable for fraudulent charges. The payments industry loses billions every year because of credit card fraud. In 2017, credit card fraud incidences were heightened, with approximately USD 17 billion stolen because of identity theft and related attacks.

Chip cards are easy to use, and they make card transactions more secure and flexible. Additionally, they make it difficult to copy information. Despite not being an entirely secure technology, they’re a major upgrade from the traditional magnetic stripe cards.

In the future, we know that credit card transactions are going to be contactless and will be the default payment option for in-person transactions. It is important to note that chip cards only help protect against in-person theft. You should check credit card statements regularly and monitor their credit reports at regular intervals to prevent unauthorized activity.

The upgraded cards still have the traditional magnetic stripes, just like the cards they replaced, to be used at shops that are not aware of the new technology or don’t support chip cards. However, credit card networks and banks that facilitate hundreds of thousands of credit card transactions every day consider chip cards to be the future of electronic payments technology.

Although the chip technology won’t eliminate credit card information thefts or large-scale breaches, it is likely to reduce the incidences of violations and other related cyberattacks. Companies and individuals have many crucial reasons to adopt chip technology, from global acceptance to more security and greater flexibility.

The future of card payments has been evolving constantly. Banks, financial institutions, credit card networks, merchants, and others incessantly work to develop new technologies and best customs to create safer electronic payments to protect companies and their customers.

Here’s everything that you need to know about the chip card technology, including its history, functionality, and benefits. 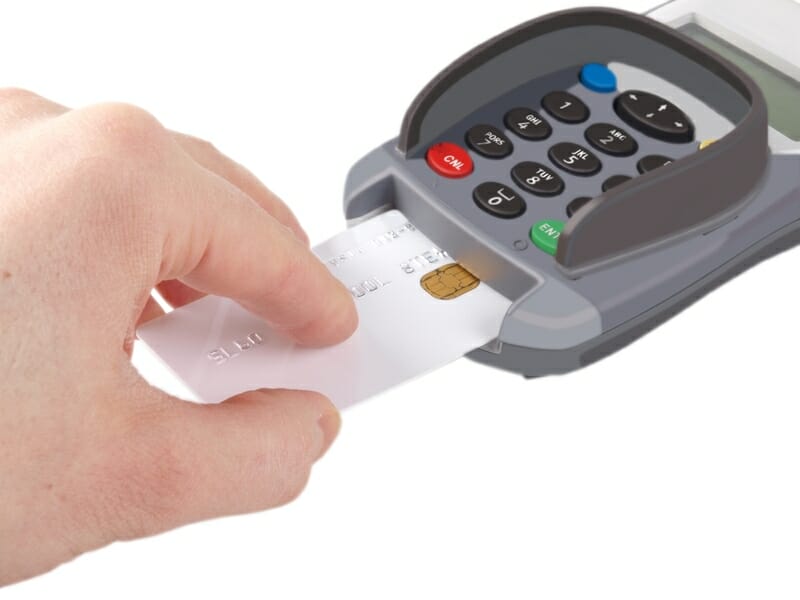 The U.S. was among the last major global economies across the world to shift to this technology, banks were slow because of the costs. That shift entered a significant phase on October 1, 2015, when a change in liability occurred. Before the transition, liability for forgery generally fell to financial institutions that issued credit cards. Later, liability fell to whatever party hadn’t adopted EMV technology. Furthermore, the transition helped businesses to adopt and certify machines that accept EMV-compliant credit cards. 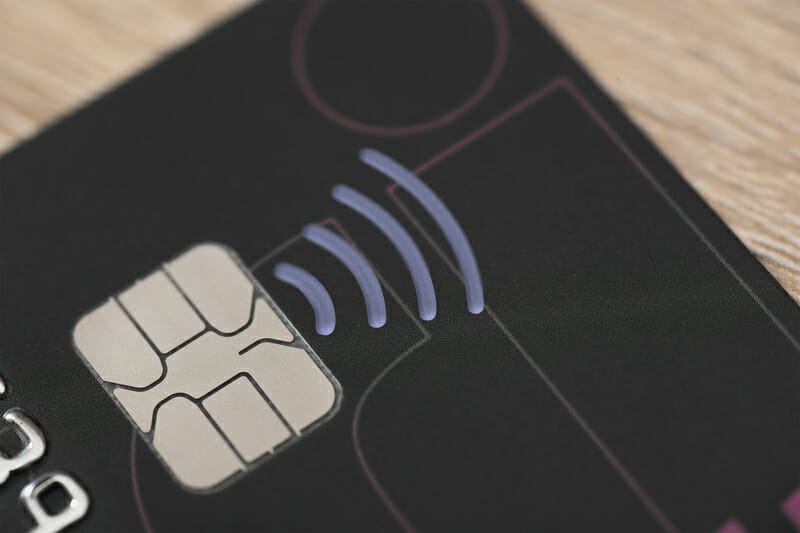 Traditional magnetic stripe credit cards are embedded with static payment information. When a credit card gets stolen, it can be used to make unauthorized transactions and be discarded with low detection risk. The same thing happens during a breach that reveals troves of credit card numbers. Skimmers can use the information themselves or sell it in bulk to other cybercriminals.

Chip cards contain an embedded chip that works as a miniature transmitter or processor. The data encoded on the chip is dynamic. There is a unique transaction code for every new transaction, also known as a token, that complies with cryptography principles. No two tokens are ever repeated, so each token becomes useless after a transaction is completed. If an ingenious thief were to steal a specific token from a particular point of sale, the token would be worthless. The credit card data can be stored in smartphone wallets, including Google Pay and Apple Pay, and used to make contactless transactions.

One of the significant differences between traditional magnetic stripe cards and chip cards is the authorization process’s timing and nature. Traditional cards require a live telephone or internet connectivity at the point of sale as a part of the authorization process. In case of an EMV card authorization, the card essentially tells the reader if the transaction is authentic after being inserted into a chip reader. The transaction is carried out without any exchange of data.

The transaction data is stored until the end of the day, after which the merchant connects to the web and authorizes the transactions. Merchants operating in remote locations or low-connectivity environments value the flexibility offered by EMV cards. 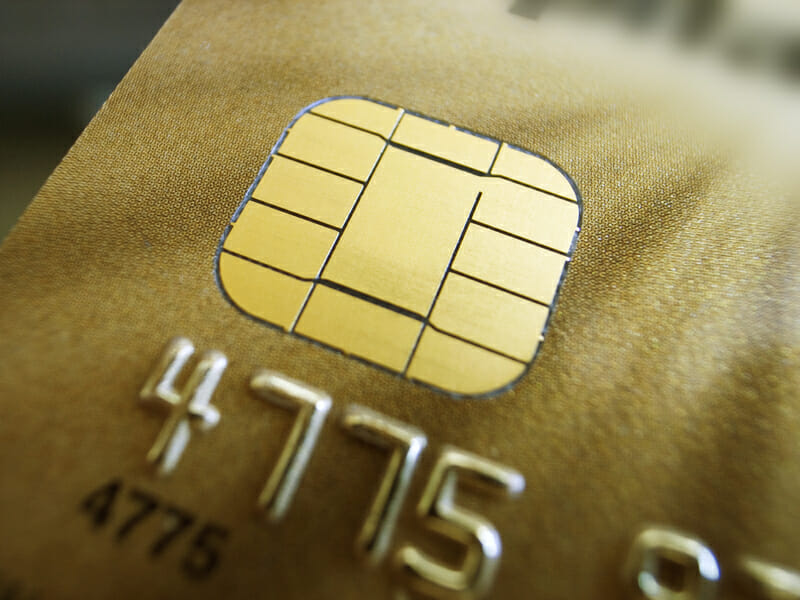 Given the scale of the shift from traditional magnetic stripe cards to EMV, it’s worth looking at the advantages of using EMV credit cards.