How do Crickets Breathe? (Diagram of Process)

Crickets breathe by getting air into series of small holes on their body sides which are called spiracles. They do not have lungs.

Spiracles take directly oxygen from the air and transport this into their bodies. They have these little holes present all over their body so they can absorb oxygen and exhale carbon dioxide. 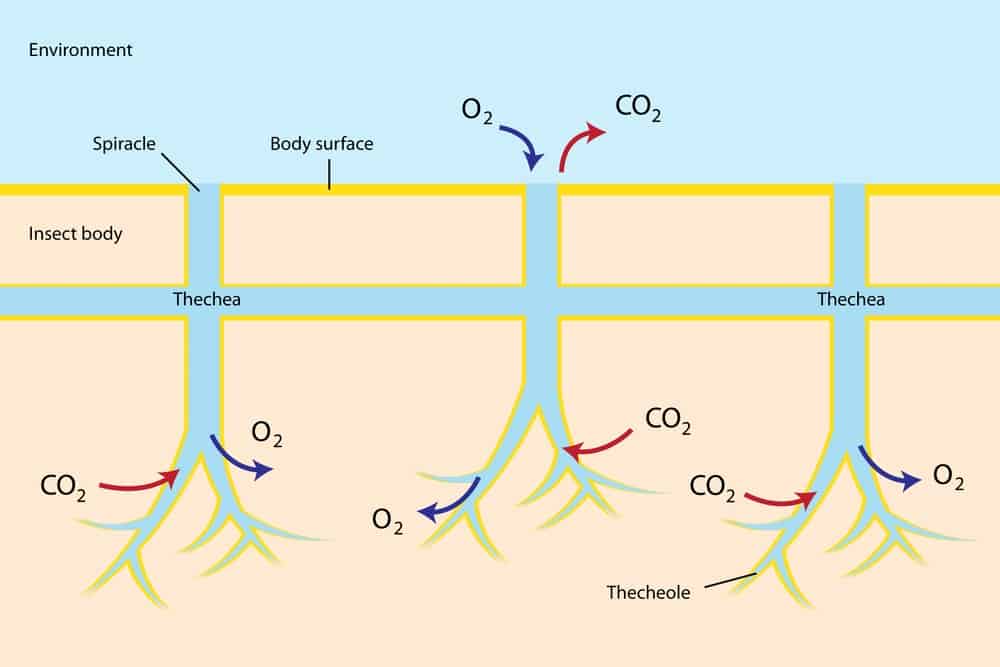 Once their entire body and organs have oxygen, the process of gas diffusion will take place and this is their breathing part.

The oxygen will be broken down and transformed into carbon dioxide that will come out of their tracheal tubes and in their spiracles. They breathe like what other insects normally do using their tracheal system. They have the same breathing mechanism as locusts, cockroaches, and grasshoppers that don’t have lungs which other animals utilize for them to breathe.

They can not breathe underwater and quickly drown.

The can be pets, breathe without lungs, regenerate, jump, fly, live for 3 months.