Why Are Some Wild Berries Poison? 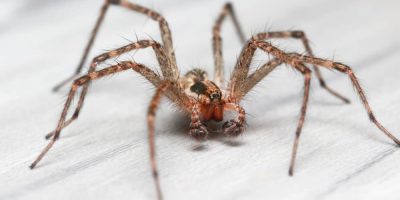 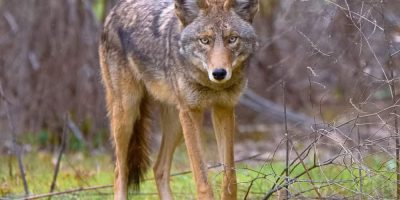 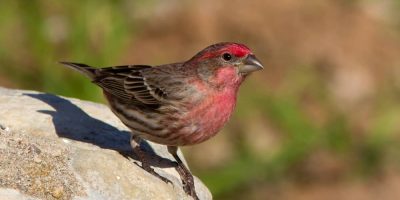 Why Are Some Berries Poison?

For example, apples are not fruit—they’re pseudocarps, or false-fruits—but that is a discussion for another day. 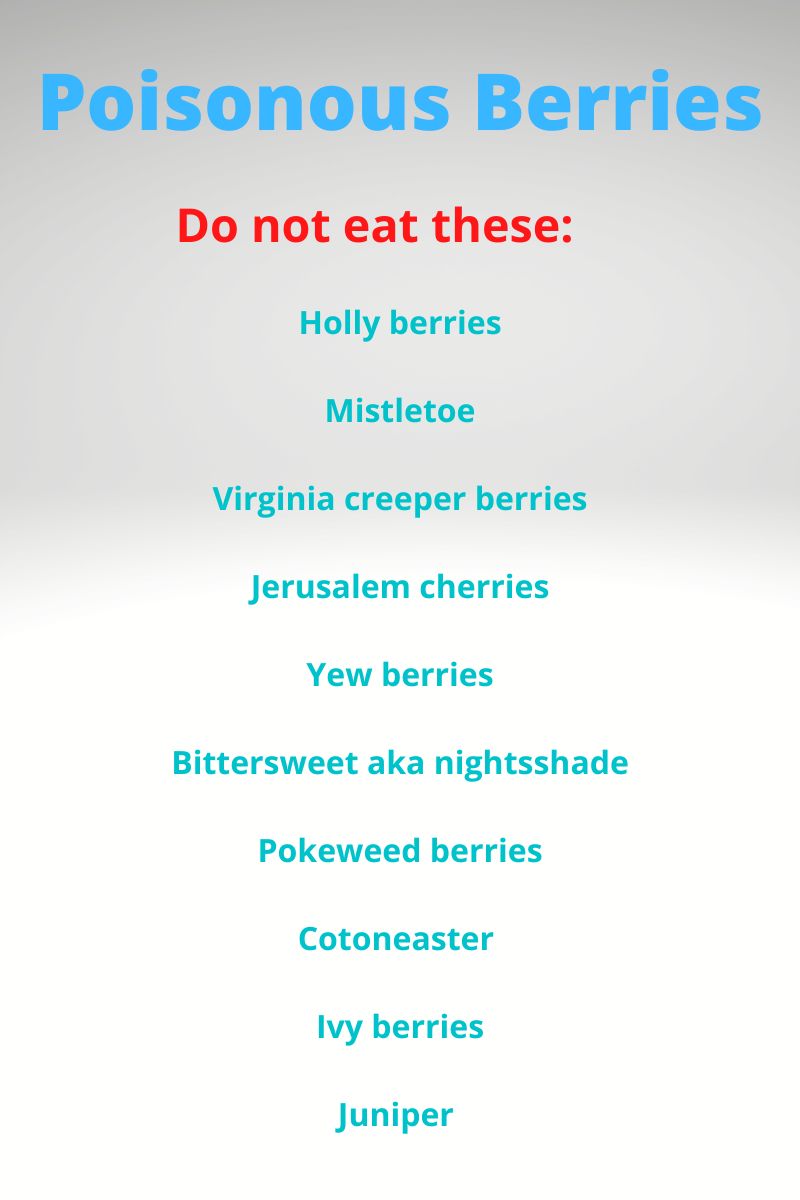 Scientifically, we understand the mechanism for berries—that some produce toxins and some don’t—and that toxins are often more prevalent in immature fruit than ripe fruit. We also know that these toxins only affect some animals, partially affect others, and can be either always poisonous or non-poisonous to specific groups.

Why all this complexity? What is the evolutionary advantage to these various states?

Most toxins in plants did not evolve to affect animals. Surprised? Poisons were actually an evolutionary adaptation that was toxic to viruses, bacteria, and later, to parasitic insects. All this occurred long before there were land animals. However, things change over time…

Assorted insects are terrific for cross-pollination between related plants that are at some distance from each other. This is one of evolution’s cleverest solutions for increasing genetic information exchange. Plants give insects some sugar-water (nectar) and nutrients, and the insects then shuttle around pollen.

Good traits are passed on; bad traits fade away; accidental variations (mutations) get an opportunity to thrive or fail. It should be noted, of course, that mutations almost always fail. Successful enhancements are rare compared to the number of opportunities to do something completely useless.

Ah, yes…but how did that plant arrive at a spot “at some distance” from its parent plant?

We’ve known for years that seeds are generally created inside of berries and other fruit so that the seeds have some basic starting materials with which to grow. That material provides the energy the seed needs to get a good start. Often it is full of carbohydrates (sugars) for energy, enzymes, proteins, and assorted nutrients.

If it happens to fall off near the base of the parent plant, it may be far enough way to obtain sunlight and other needs, and perhaps even succeed and grow. Many of those berries might end up shaded by the parent plant and never germinate at all.

With luck, over a season, a “patch” of successful plants might grow by one or two “plant-widths”, which could take decades just to cover an area ten times the size of the original plant. That is very slow, and there is a better way…

Three billion years ago plants developed, by creating a methodology for making their own food with local resources, powered by sunlight. Their pollution by-product, in the form of poisonous, toxic oxygen, was changing the atmosphere of Earth.

Once adapted to it, this new oxygen chemistry allowed much faster energy conversion than had ever been possible before. It kicked evolution into high gear, stimulating the evolution of walking land animals.

This fruit that the plants were making was full of things those animals needed, too. Here was all this healthy material, conveniently concentrated in one spot, and free for the taking.

Those plants with hardy enough seeds, that could survive a trip through an animal’s intestinal tract, found themselves in a completely new location—with their very own pile of high quality fertilizer to give them an excellent start to life.

Weak seeds perished; tough seeds persisted and made more tough seeds. They were exchanging their starting chemicals for a warm poop-home with complex chemicals and abundant bacteria available for them to use. There was now an excellent chance they would evolve faster (albeit over thousands of years), and spread “far & wide”.

Plants need certain elements and molecules to thrive, such as phosphorous, potassium, hydrogen, nitrogen, carbon dioxide, and many more. Making sugars such as glucose, starch, and cellulose, is a lot more complicated than most people think.

A plant doesn’t just mash together some carbon and hydrogen and make sugar. It is a heavy energy investment to make carbohydrates, so protecting that investment is helpful.

Some plants, while learning to make the chemicals they need, also stumbled upon chemicals which they don’t need, called secondary chemicals. For example, let’s say you connected some nitrogen and hydrogen and made ammonia (NH3). That would make a plant smell unattractive to animals, and taste a lot worse.

If this just happened to be an intermediate stage while the fruit was maturing, and it went away upon maturity, animals would avoid eating the fruit until it was ripe. Score 1 for the plant and its likely survival.

An accidental evolution that caused thorns (or prickles, e.g. thistle) might not have had an apparent use until some plant that was experiencing poor “spread” suddenly became more successful with thorns, and so thorns flourished.

Why? Mammals climbing plants to eat berries and other fruits probably don’t wander very far away, so plants have limited spread with mammals. Birds, on the other hand, cover vast distances. They can also land on a plant and avoid those defenses… They are better spreaders, and eat less. Score 2 for the plant through that lucky bit of evolution.

Now, imagine that a plant produces a chemical by-product from a different process, which it doesn’t particularly need, and it just accumulates in its tissues. If this chemical is annoying to those inefficient mammals, but doesn’t affect birds, Score 3 for that plant. The relatively useless mammals will avoid it, and birds will be attracted to it.

Just to up the game a bit, let’s say some of those secondary chemicals aren’t boring old camouflage green pigment, but rather bright red, white, yellow, contrasting black, or even purple, and blue. This higher level of visibility makes them easier to see, and thus they have a better chance of traveling far, inside a bird… Score 4 for the plant.

Finally, remember that both nicotine and caffeine are insecticides for plants. They help to keep the plant healthy by repelling damaging insects. How they affect our biochemistry and how humans use them is just incidental.

Urushiol, the chemical that powers poison ivy, poison oak, poison sumac, and one of the nastiest of all, poisonwood trees, (fortunately only found in very limited areas near saltwater coasts in Florida) isn’t just in the leaves. Their berries can be fatal if eaten because the same reaction can occur in the stomach lining as on the skin.

In fact, urushiol isn’t even destroyed by fire. If you burn any part of these plants, the urushiol becomes airborne and can kill people and pets standing downwind of the fire by causing severe respiratory problems.

The effects can be as far away as the smoke can reach… Did you ever smell burning leaves in autumn, even when the neighbor is far away? That’s how far urushiol can travel when burned.

On the other hand, the White Crown Pigeon is seriously endangered. Its primary food source is the poisonous berries of the poisonwood tree. Those trees are so toxic that urushiol oozes through the bark as it drips off the branches. An unsuspecting hiker can have a ridiculously powerful allergic reaction without ever knowing where it came from…

Consider deer or moose for a moment. Their diet is extremely varied. They eat toxic berries that are bad for them, but they eat them despite that, in small amounts, because there are other nutrients they need in those poisonous berries. How do they deal with it?

They eat complementary vegetation, some which may counteract the poisons. They also lick clay, not just for the mineral content that may be lacking in their food supply, but because clays bind with some of the toxic chemicals they ingest. Some humans eat clay, too, especially in poorer countries where a balanced diet is hard to achieve.

On top of that, many ruminants (plant eaters) have multiple stomachs because their food is hard to digest. The first two stomachs (rumen-reticulum) contain colonies of bacteria that can break down these toxins, turning them instead into nutrients that the animal needs.

The bacterial colonies constantly evolve as the diet changes over the season. For example, deer don’t eat grass—they prefer forbs and shrubs instead. Many eat flowers, leaves, and fallen apples when available, but can also manage on just sticks and twigs during some of the year. For them, poison berries are just a food that they eat occasionally.

Plants haven’t been around humans long enough to evolve defenses against us—evolution is much slower than that. We’ve selectively bred plants to engender qualities that we desire far faster than evolution ever could.

For example, Teosinte was a plant from Mexico some 8,700 years ago that had eight tough grains per stalk. Humans selected those that had nine, or ten grains per stalk and cross-pollinated them. They eventually had offspring that had 12 or 13 grains. We selected for color, softness, sweetness, and how easily we could remove them from where they grew.

This continued for centuries until those stalks now have 16 rows with 50 kernels on each row of a mature plant. The only difference is that we now call it “maize” or “corn”. There’s your GMO! We’ve been Genetically Modifying things since history began—all food is GMO when you think about it.

So, why are some berries poison? Many plants are only temporarily poisonous to protect their berries until maturity. Others are poisonous to animals that won’t benefit the plant as much as others that do not react to its toxins. Some plants are not seriously poisonous above ground, but deadly if you eat the roots—that plant can regrow as long as the roots are safe.

All-in-all, plants have evolved very well to survive, and this is good because they support the entire food structure for the entire planet. Without plants, everything on Earth dies.

Ultimately, it was chance that gave evolutionary adaptations of poison useful features to keep the “wrong” animals away. Something that only evolved to fight bacteria and viruses remained useful to aid the plant’s perpetuation.

The funny thing is that we look at it as if the plants planned it that way, but the truth is, plants survive because they suit the environment. If they didn’t, they would die and by replaced by something that was more suitable.

Billions of species of plants and animals have evolved and gone extinct since the Earth became habitable. The ones that are here now are the ones that best suit the environment. And that includes humans…

As soon as we don’t belong here, we’ll be replaced by something better suited to this planet… So pick up that trash, and remember to recycle… or you may be deemed “unsuitable” by evolution…